Collectors likely know of Diamond Select Toys’ Minimates line. The company’s been producing their mini block figure series since 2003. That’s about the time when DST teamed up with the folks from Art Asylum. And the Minimates line has just grown with age, constantly adding new pop culture licenses.

Recently, Diamond Select toys announced a new line – based on those iconic Minimates. The Vinimates – as they are called - are slightly larger, a little less articulated, and sculpted in dynamic poses. And, as the name might have given away, made of PVC vinyl.

Thanks to the folks at DST, we’ll be looking at the original Ghostbusters Vinimates Series in this review. The series includes all four members of the Ghostbusters – Peter Venkman, Ray Stantz, Egon Spengler, and Winston Zeddemore.

Each 4-inch tall Vinimate features one point of articulation – a ball joint at the neck. It’s a far cry from the ultra-articulated Minimates, but these are geared more towards collectors (aka – the displayers). And for that, they’re perfect.

Each Ghostbuster is sculpted in a unique pose. But there are some similarities. For example, they’re all mounted up with a proton pack - holding a particle thrower with a particle accelerator strapped to their back. But the way they’re holding the particle thrower differs. Also, the way each character is standing is different. And Egon has a P.K.E. Meter strapped to his side, while Ray is carrying the ghost trap.

As far as the paintwork goes, DST does a more than admirable job. The most difficult thing to paint (and make look good) is when you run into a situation such as the hands and particle thrower on these figures. They’re sculpted as a single piece that has to be painted to look like individual pieces. I’ve seen many toys ruined with bad paint. Luckily, for a $9.99 toy, Diamond Select Toys did a stellar job.

My lone complaint here might be that it’s difficult to differentiate between Peter and Ray. The Minimates/Vinimates style is to use a somewhat simple illustrated face (from a land where people have no noses). But the lone difference is that Venkman has fuller lips. My problem is I think they might have went a little too full on Bill Murray’s hair. That’s a fairly lush mane…and good ol’ Mr. Murray had a noticeably receding hairline at the time. I feel that little adjustment would have made a world of difference.

In addition to the four figures we’ve looked at here, Diamond Select Toys is taking pre-orders for Gozer, Mr. Stay-Puft, and Slimer. And there are various slimed exclusives and a SDCC17 Exclusive Battle-Damaged Mr. Stay Puft (that I just picked up) available via the links below. 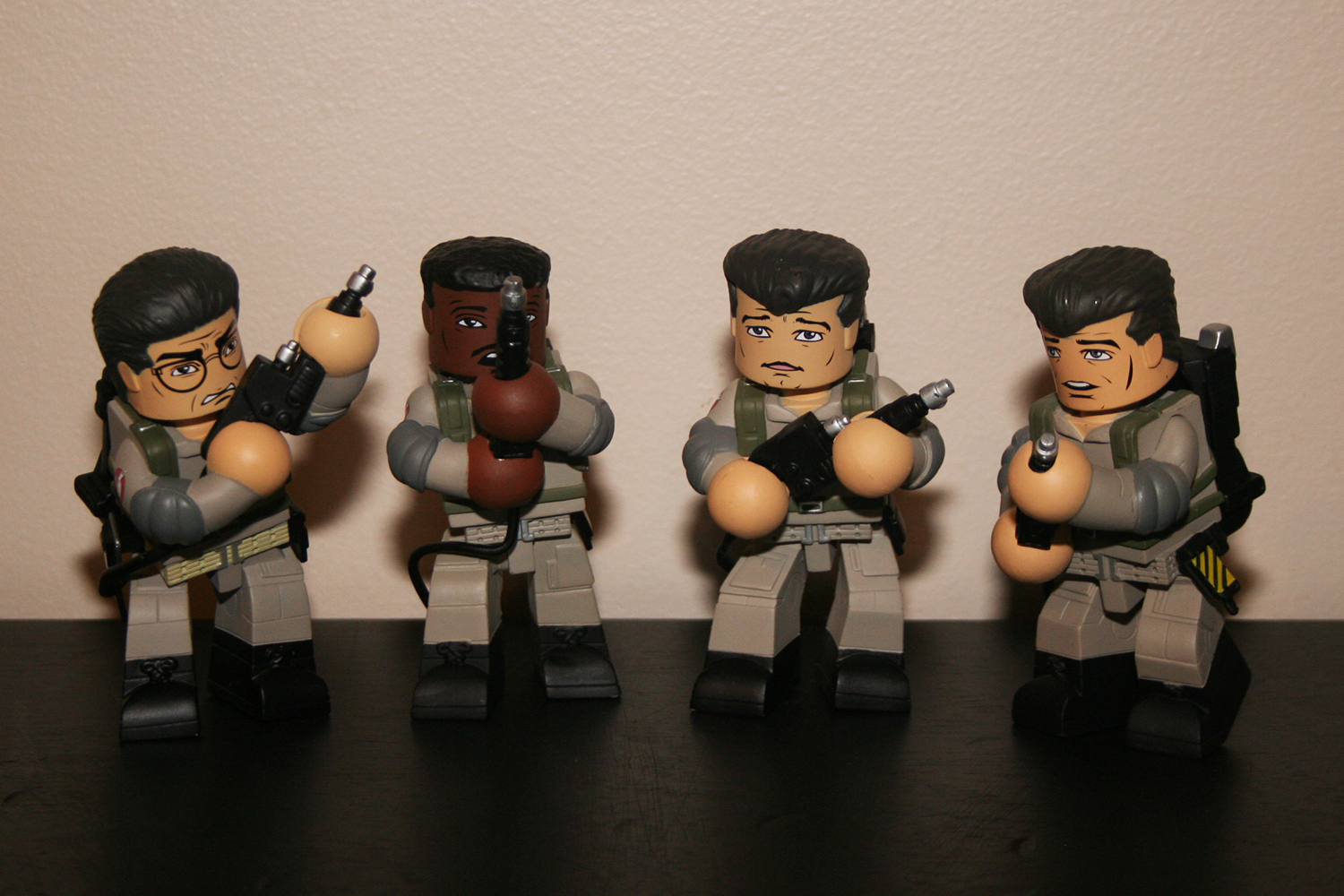 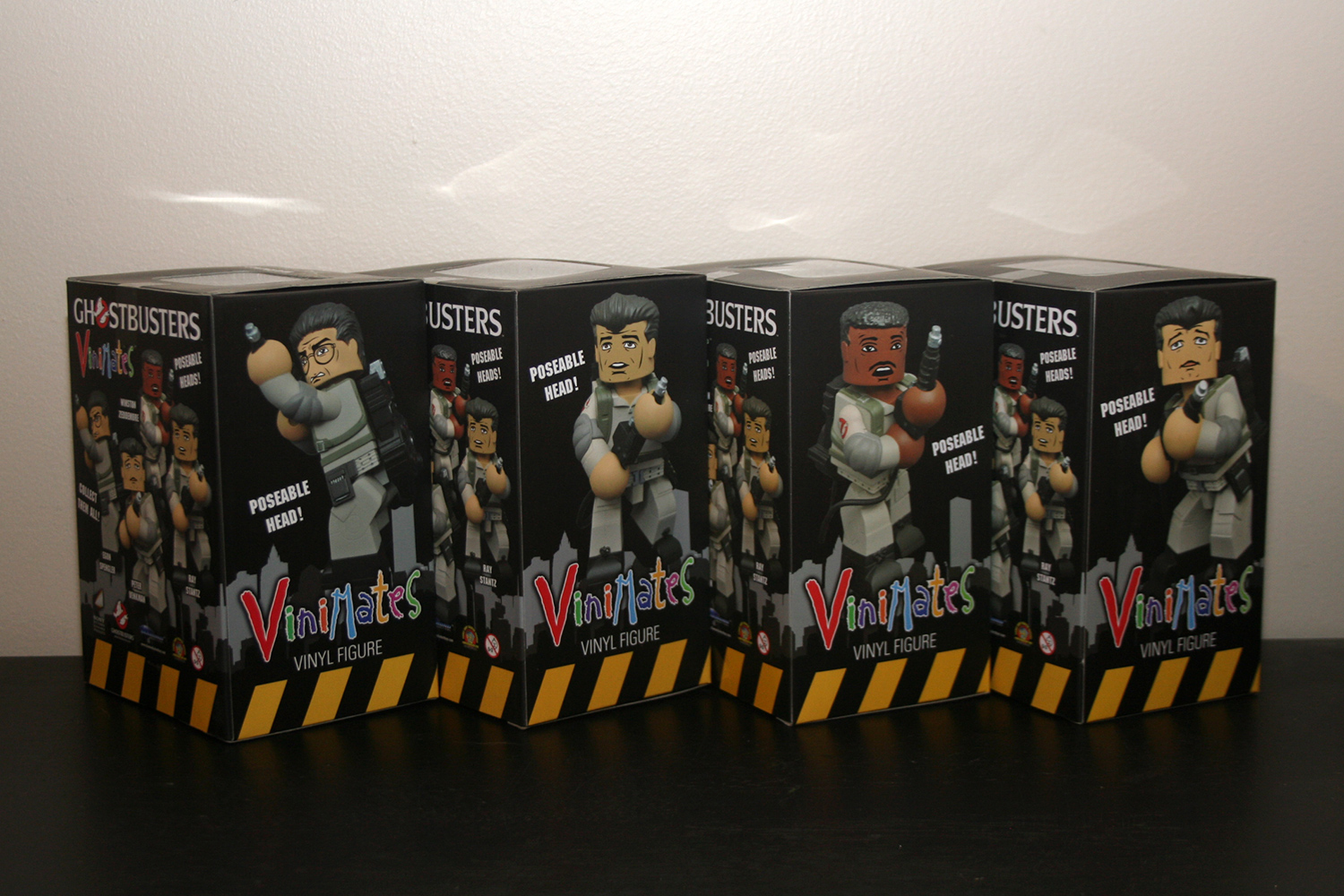 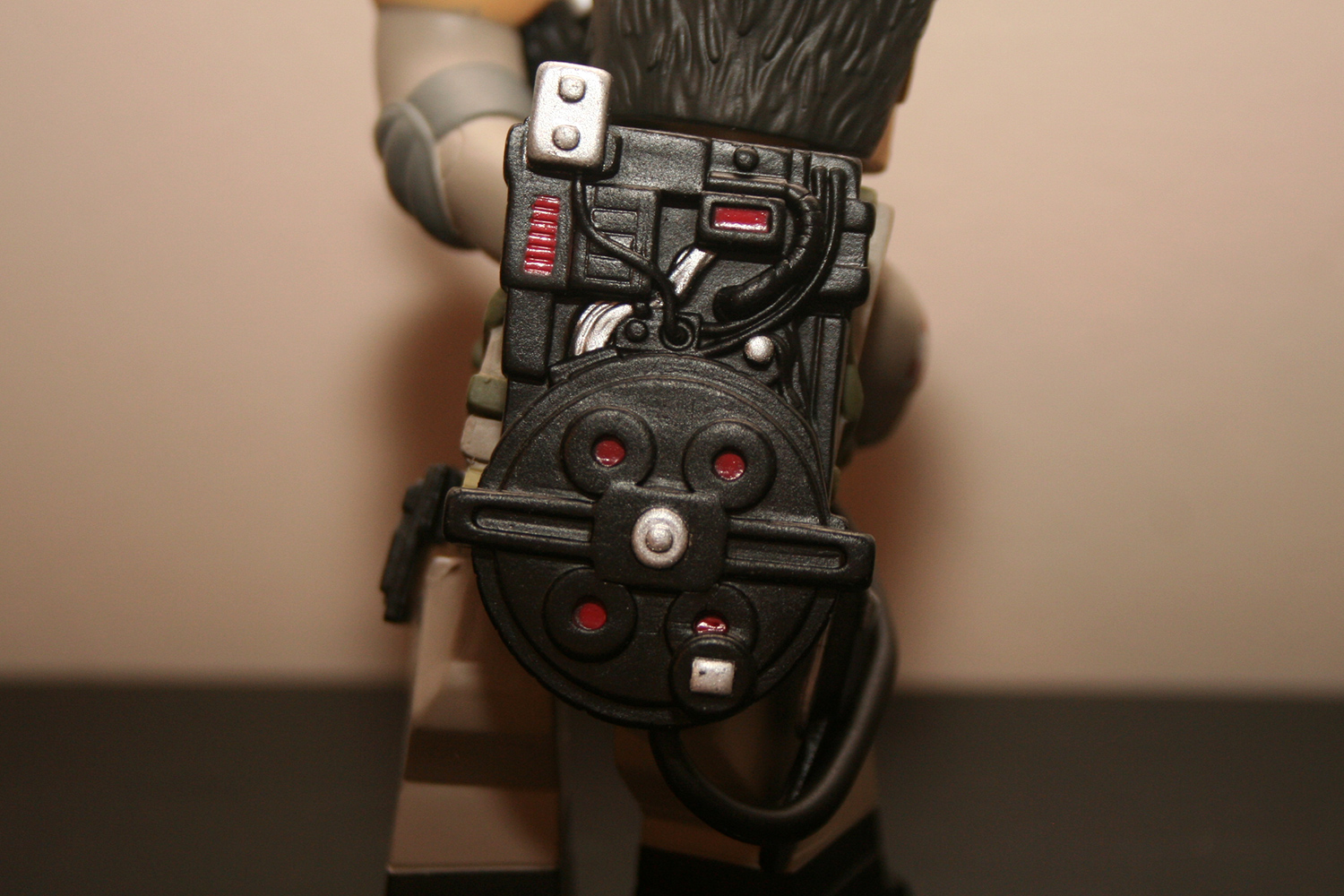 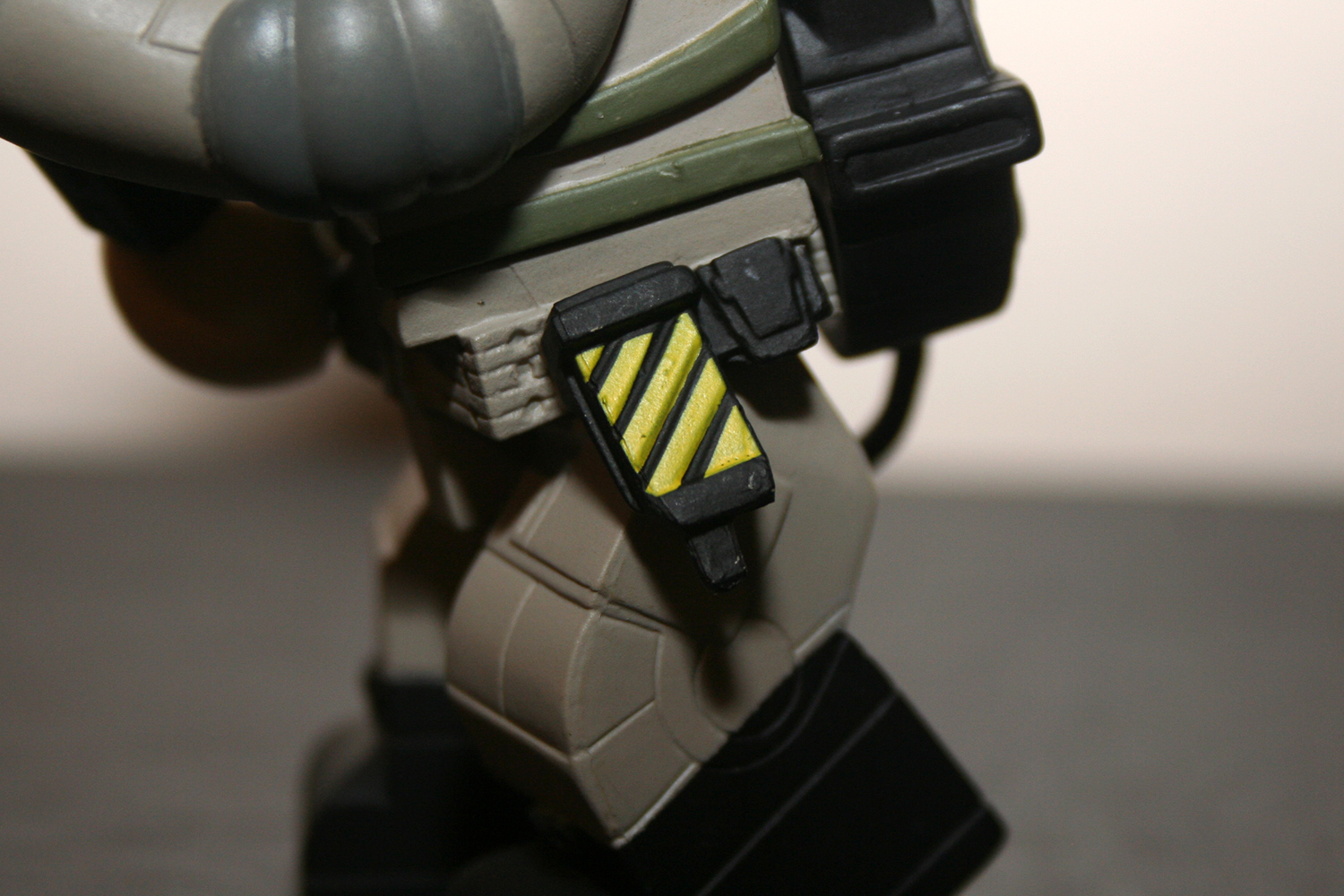 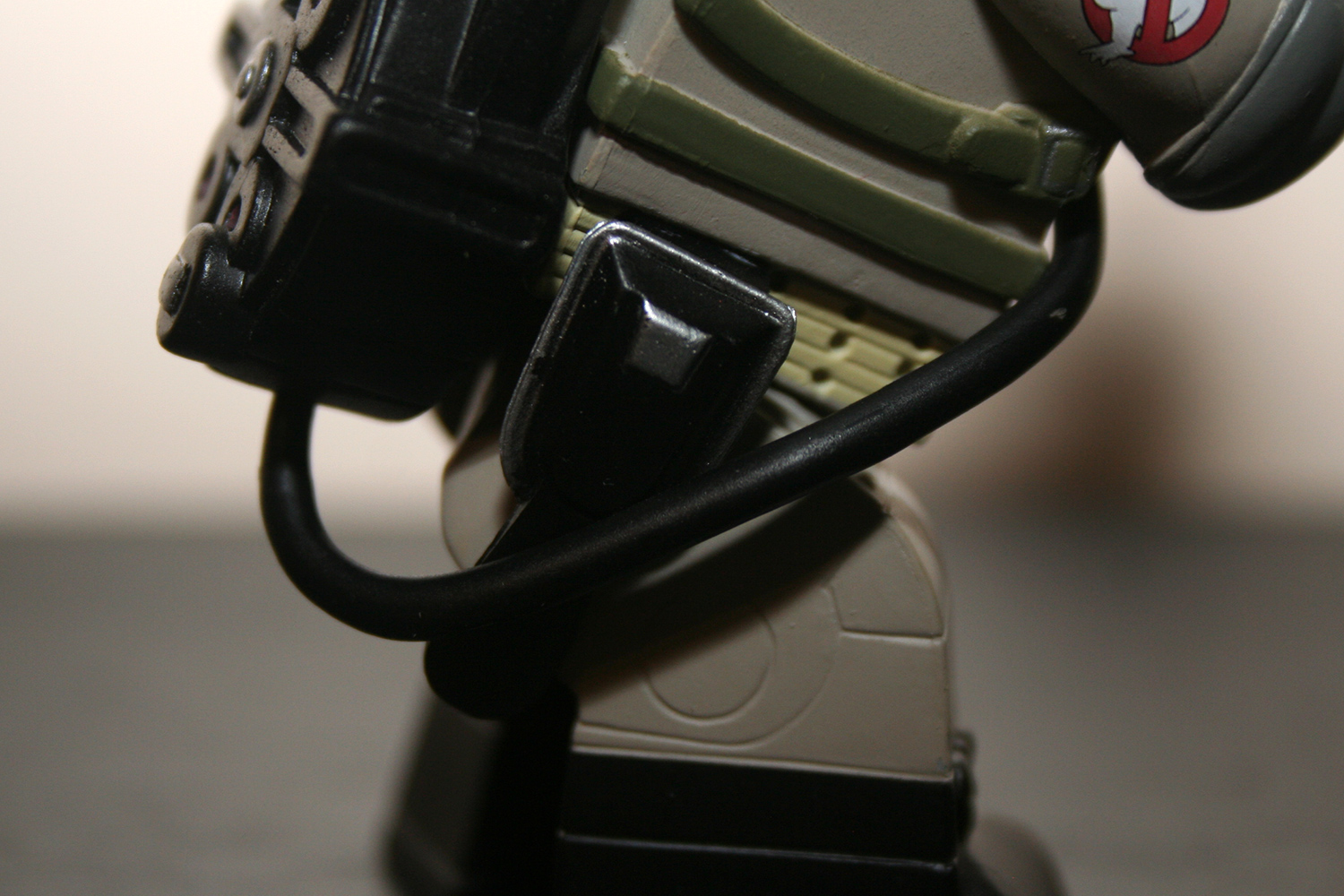 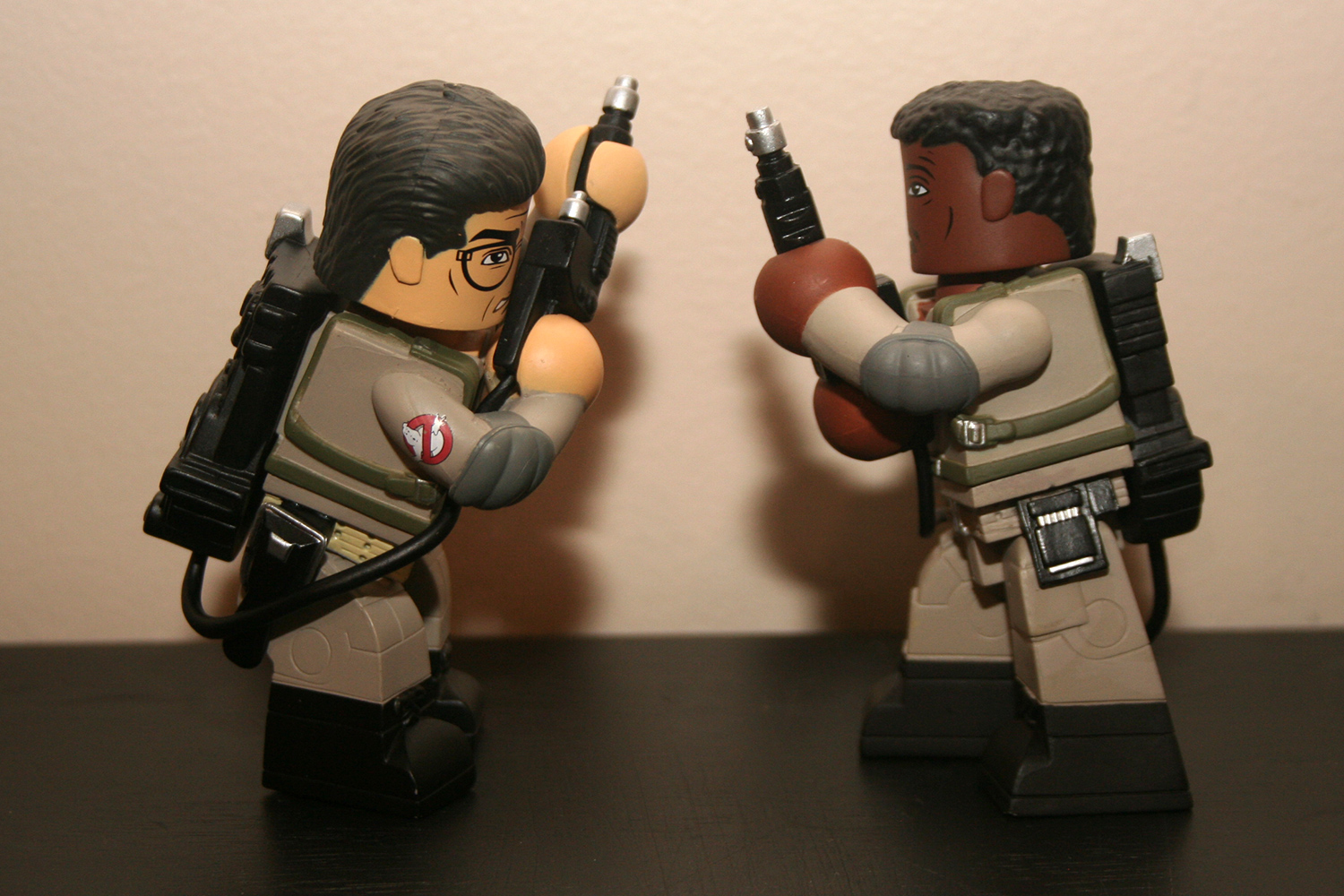 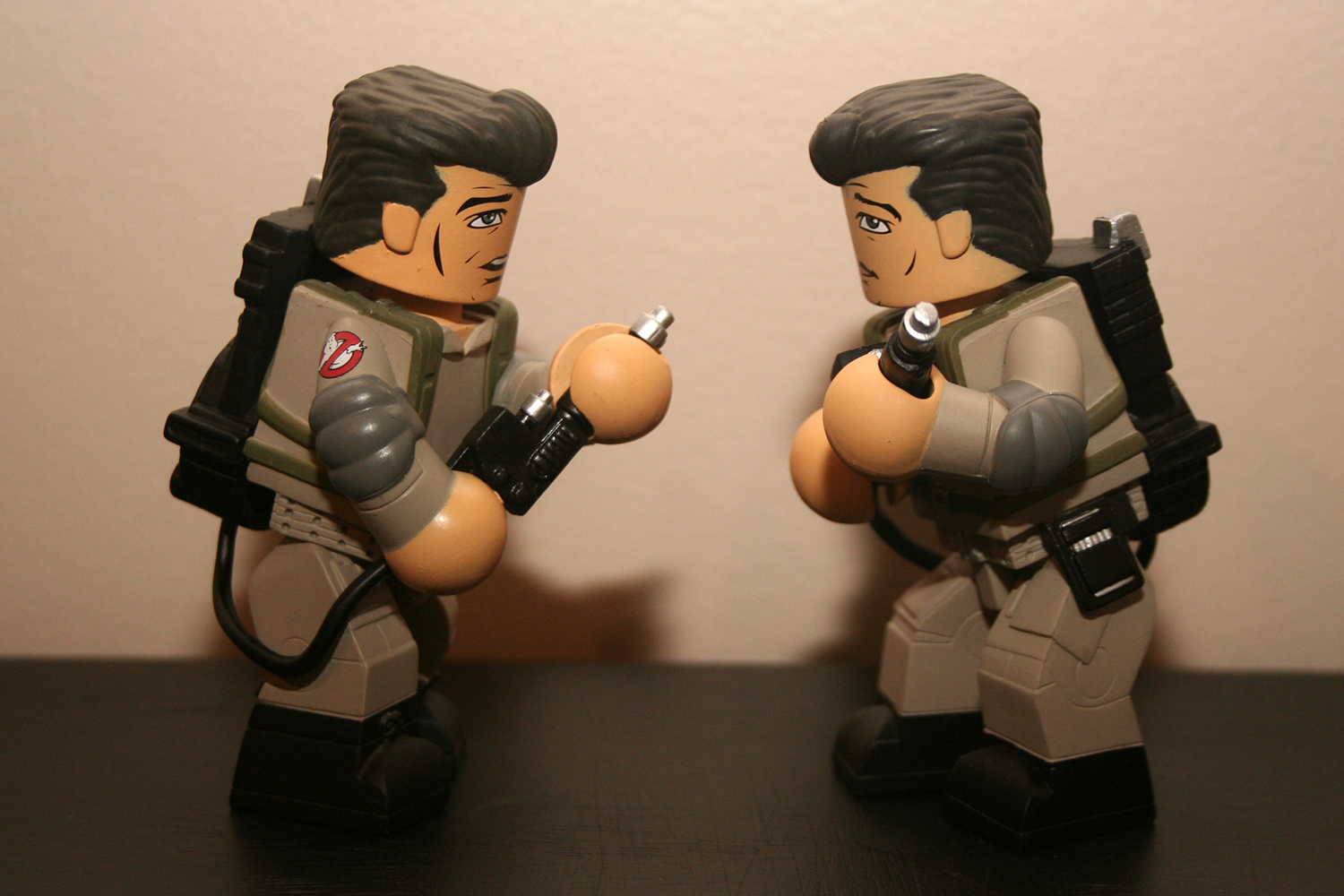 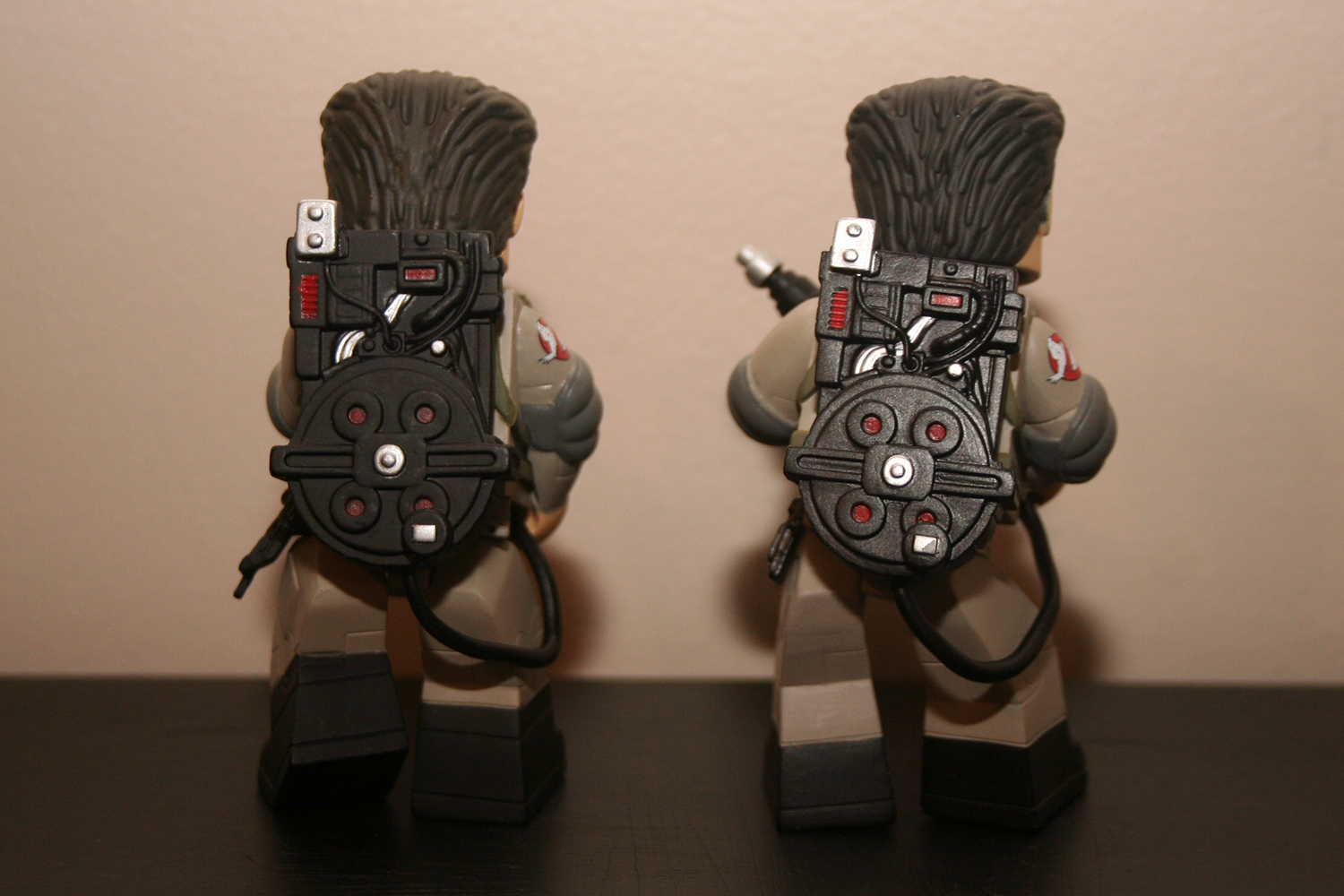 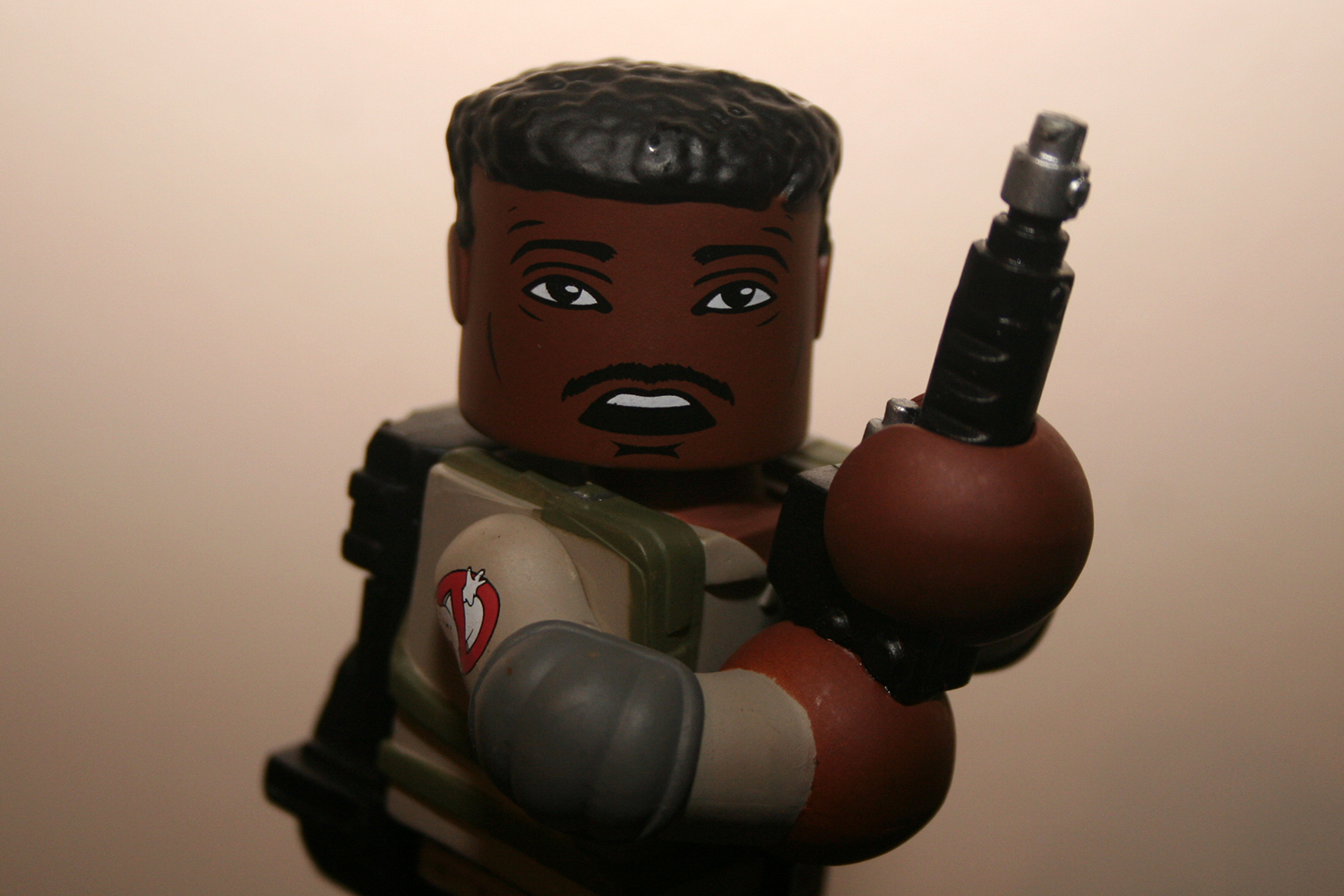 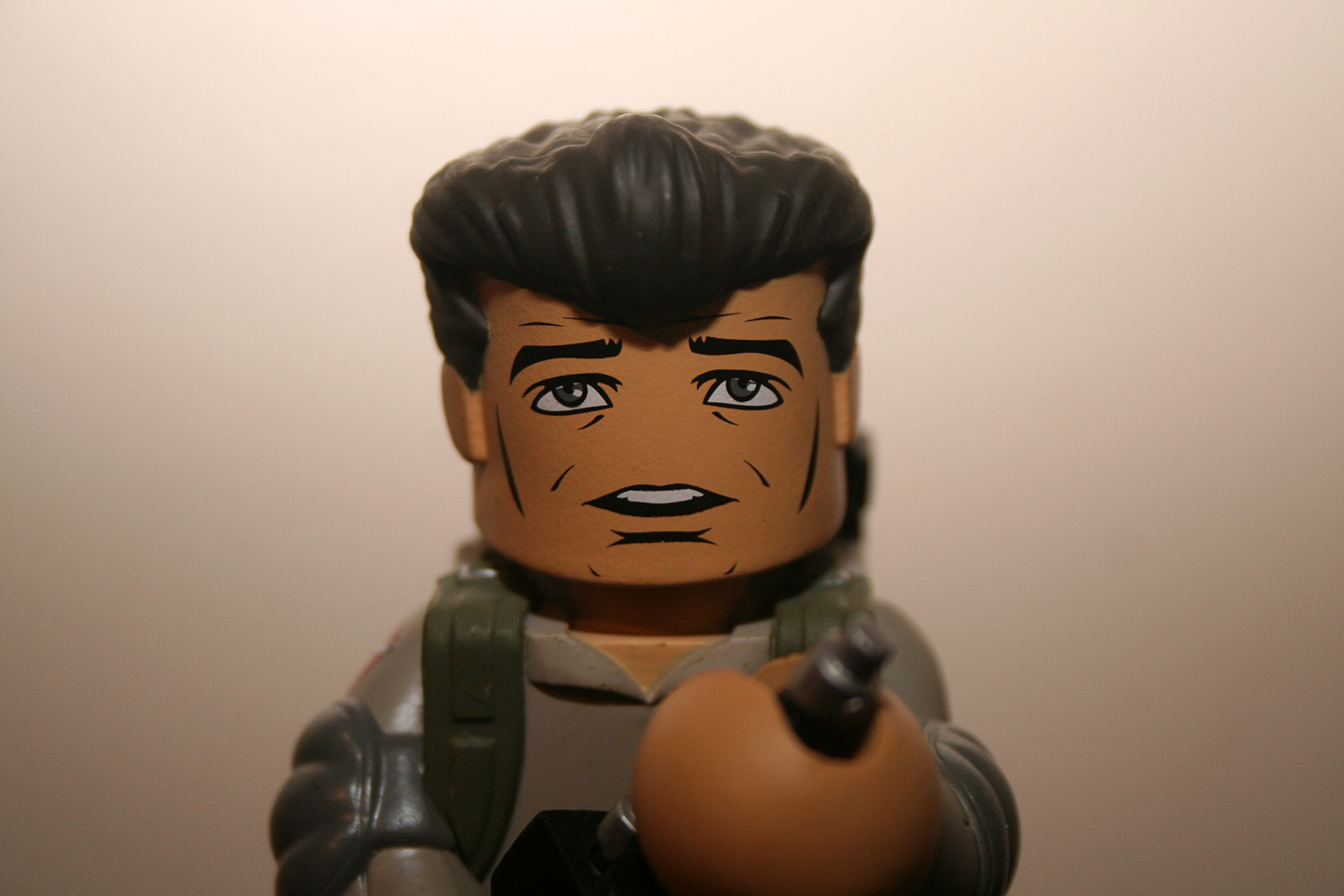 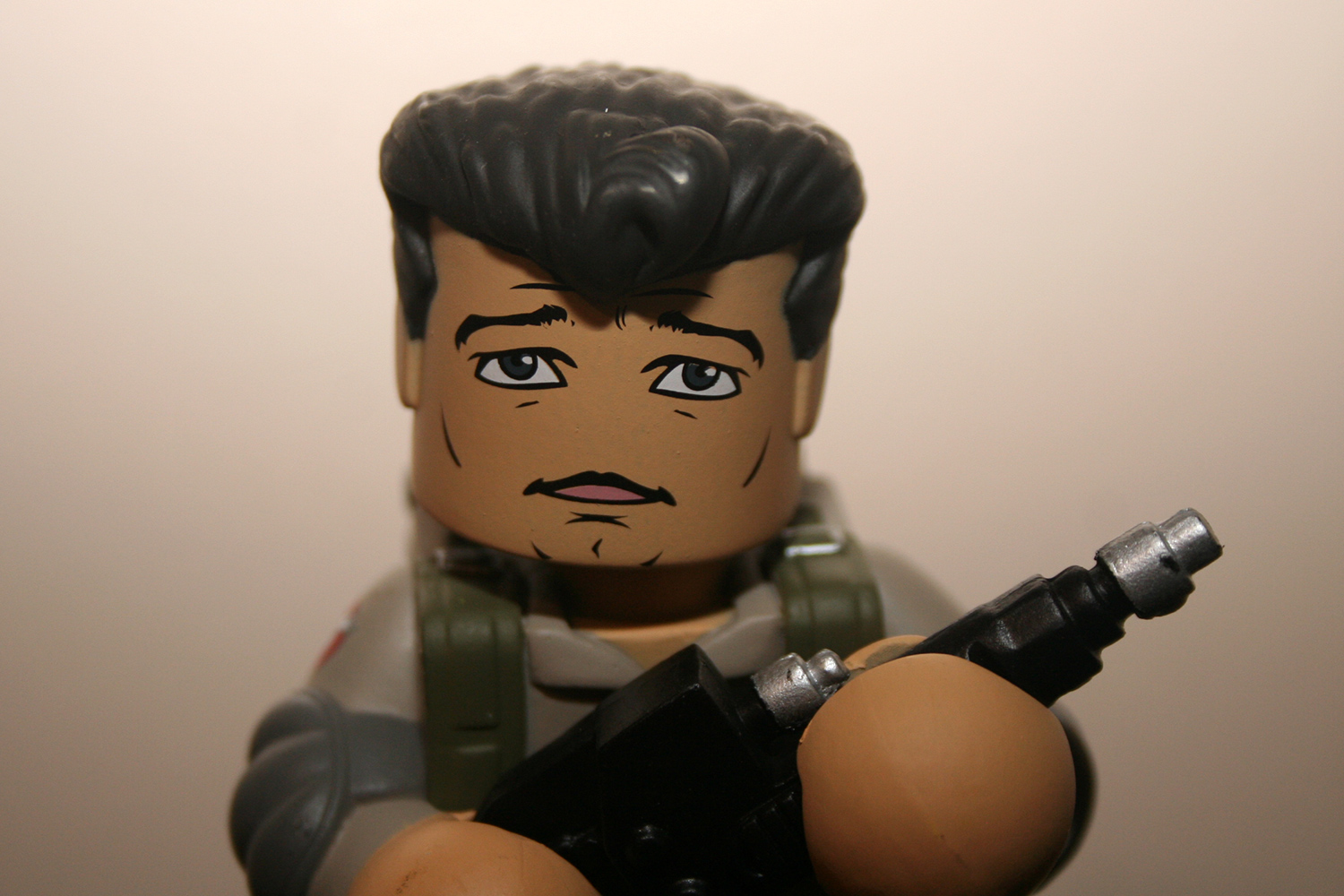