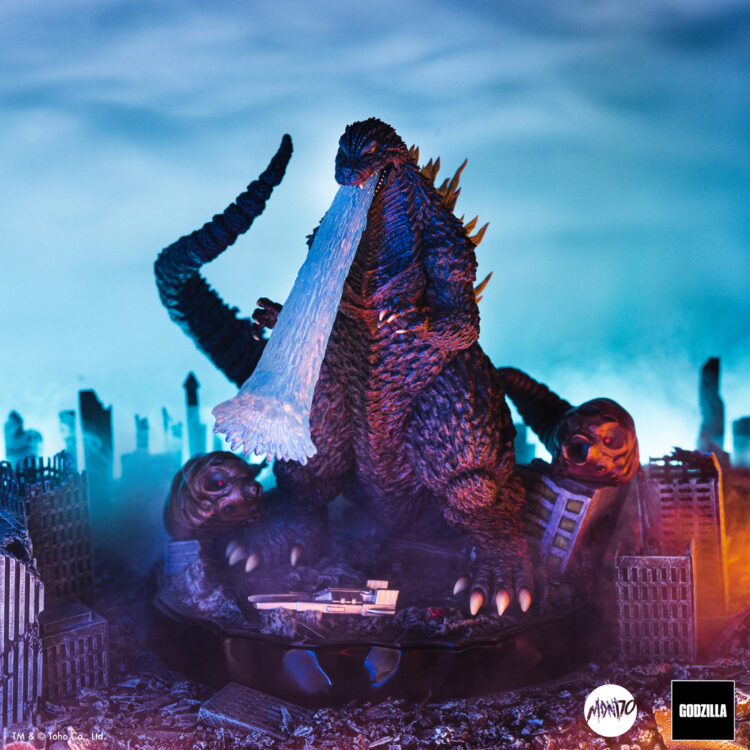 Every November 3rd is also know as Godzilla Day. Since the kaiju's debut that date in 1954, folks have been celebrating the longest running film franchise ever. In addition to posters and album releases, Mondo has dropped a pre-order for their next premium scale statue.

Based on a concept by Francesco Francavilla, the GODZILLA: TOKYO SOS Premium Scale Statue is limited edition of just 600 pieces. This 16-inch statue captures the brutal battle between Godzilla, Mothra and Kiryu. It features a Godzilla statue, 2 Mothra Larva, a base diorama, (Swappable) Closed lower jaw, (Swappable) "Chomping on Mothra's legs" lower jaw, (Swappable) Semi-transparent Heat Ray Attack - with head, and (Swappable) Tail tip, used to display with or without attached Mothra Larva.