There was a time there in the mid-90’s where it seemed like Michael Rooker played the villain in almost every film. Okay, so it was really only Cliffhanger and Mallrats, but the man known as Mr. Svenning was also in Days of Thunder, JFK, and Tombstone. And it wasn’t until playing Merle Dixon, in the comic book turned AMC television series The Walking Dead, that Rooker was able to seemingly become a household face (if not name) once again.

Rooker’s character – Merle Dixon – was one of the primary antagonists in the third season of The Walking Dead. Also, he’s the older brother of series favorite Daryl Dixon, making for some awkward zombie apocalypse Thanksgiving dinner conversations.

Being one of the main characters, Merle is also one of the first characters to be released as a 1/6th scale figure from Threezero. The company’s The Walking Dead series continues to grow, with several character announced over the past year.

The 1/6th scale Merle Dixon sports a striking resemblance to the veteran actor. Threezero is a high-end collectible company, and much of that can be seen in the face sculpt. The lone sticking point, for me, is that they chose to paint Merle’s eyes sort of looking upwards. While head-on shots look fine, he looks a little zombified when viewing from angles.

As far as accessories, Merle comes packed with six hands (fists, gun holding, open palms), a prosthetic right arm with a bayonet, and a pistol with removable magazine. There’s really only one option – you sort of have to go with the prosthetic bayonet hand. We only see Merle on the show with a right hand for a few minutes. Plus, that prosthetic is the perfect weapon for a zombie apocalypse (I guess if you must chop off your own hand).

The outfit is fairly plain (you probably wouldn’t want to be super flashy when there are flesh-eating zombies after you). Merle is wearing a brownish button-down t-shirt, a white undershirt, green military pants (with lots of pockets and zippers), and a pair of brown boots. The clothes are given a weathered look, and the undershirt might even have some coffee stains on it.

Overall, the 1/6th scale Merle Dixon is a good grab for this price point. While all of the other high-end 1/6th scale collectibles are inching towards $250 per figure, Threezero continues to hold in there below $175. That is definitely appreciated by my pocketbook – err…wallet (I carry a wallet and not a pocketbook, I swear!).

So if you’re a fan of AMC’s The Walking Dead, or maybe you’re a Michael Rooker fan who has wanted to complete your 1990’s 1/6th scale Cliffhanger collection, I recommend you picking up Threezero’s Merle Dixon figure. Just make sure to look at him straight-on, or else he will likely give you the evil eye.

Threezero provided this figure for review.

To pick one of your own up, check out the following: 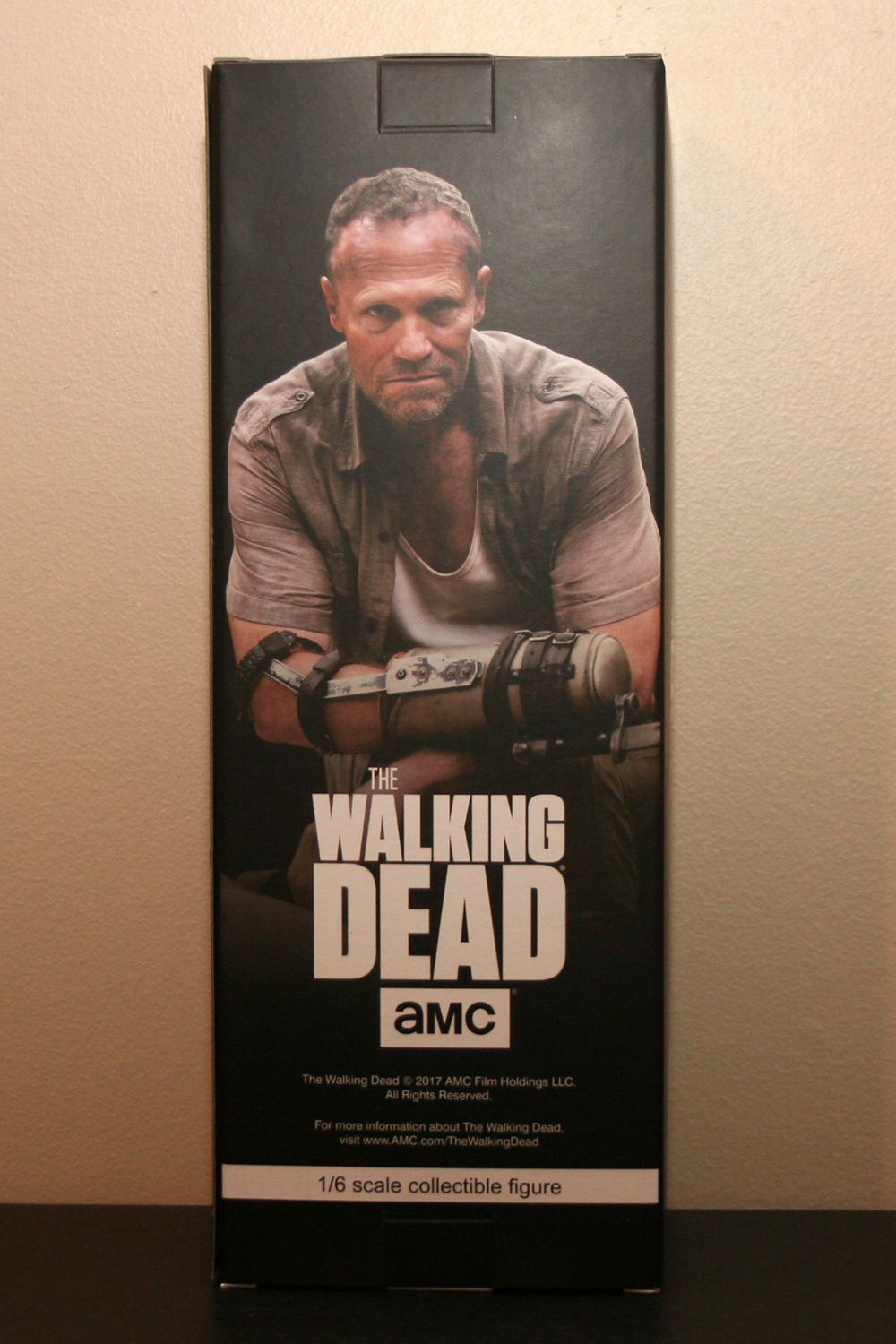 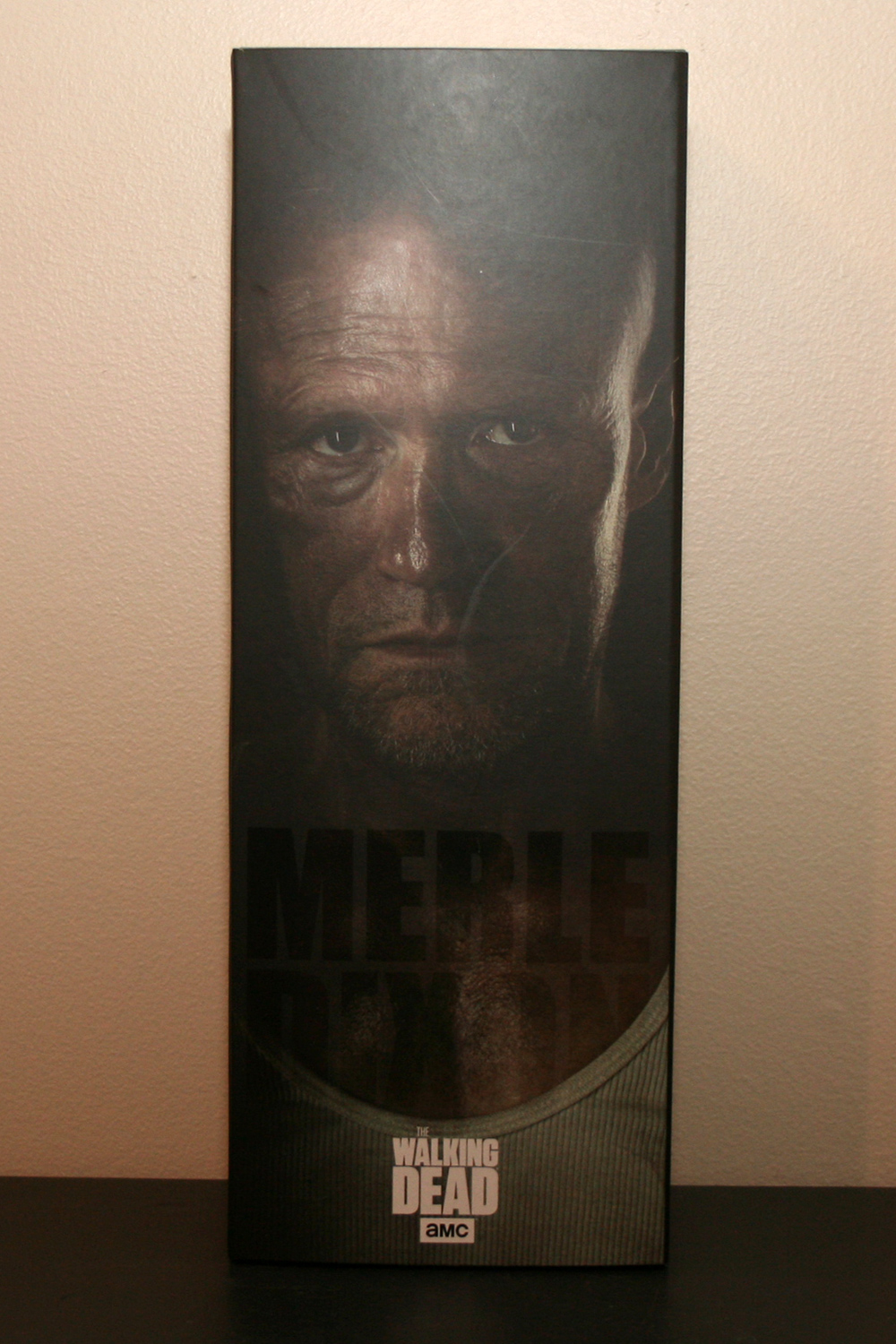 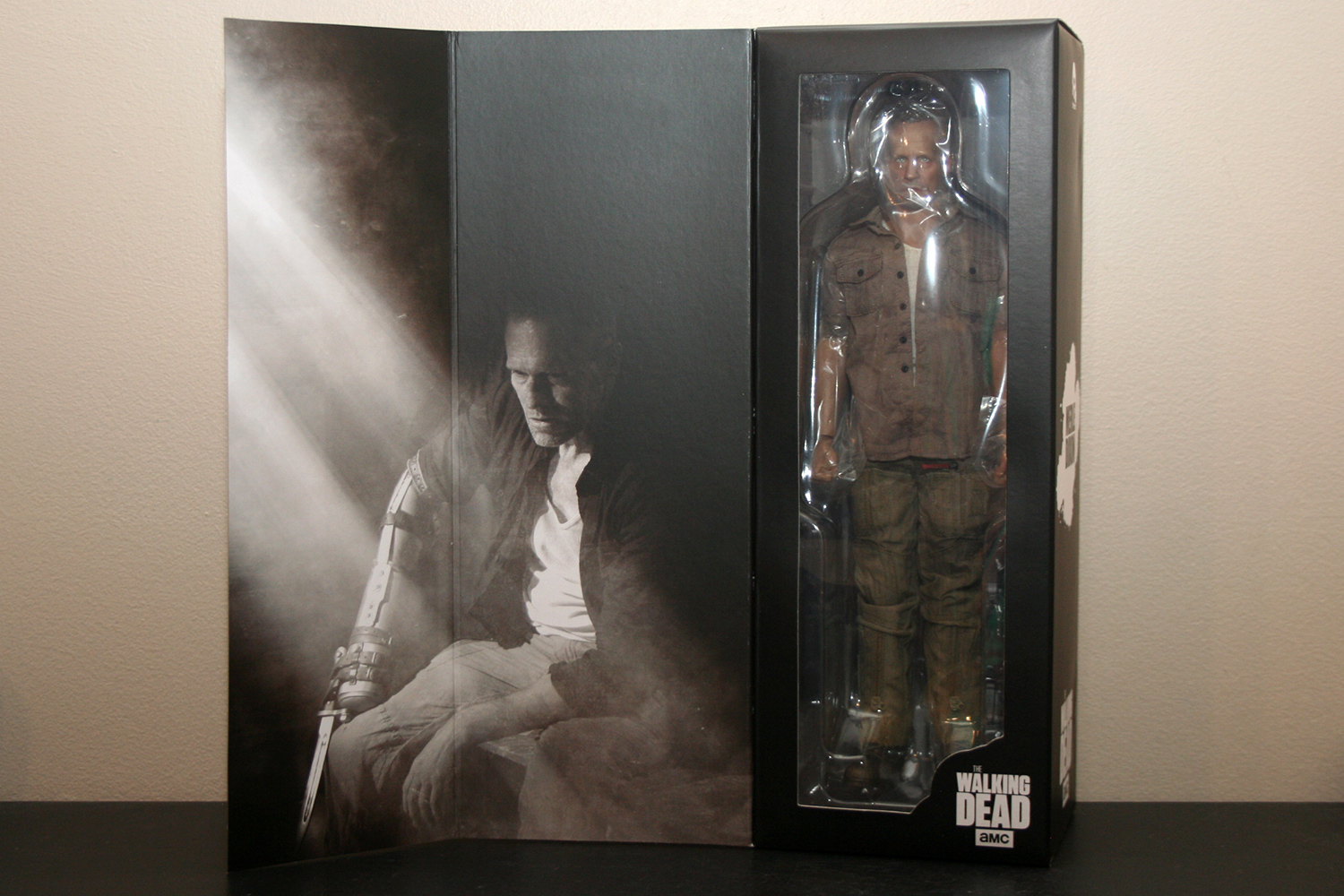 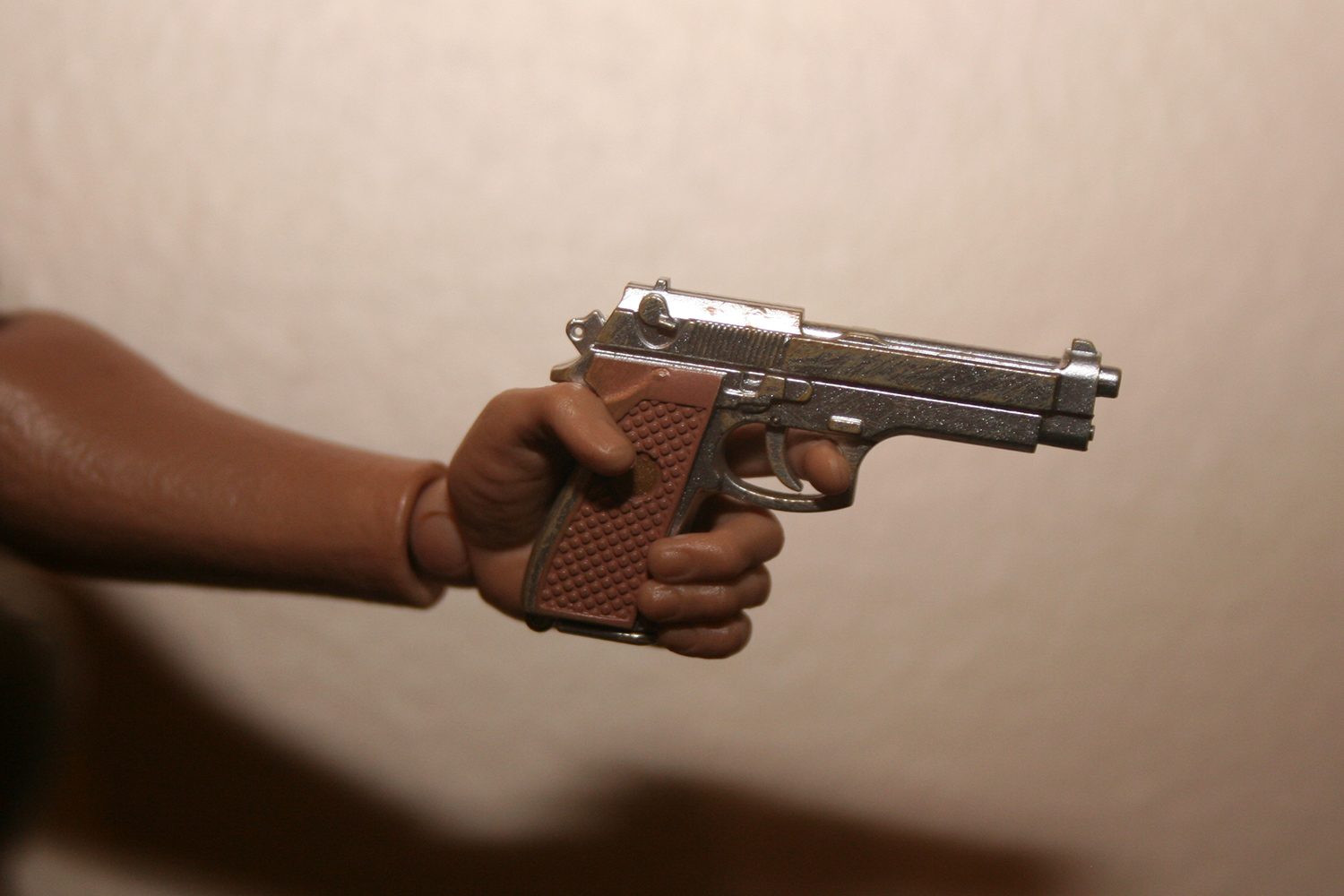 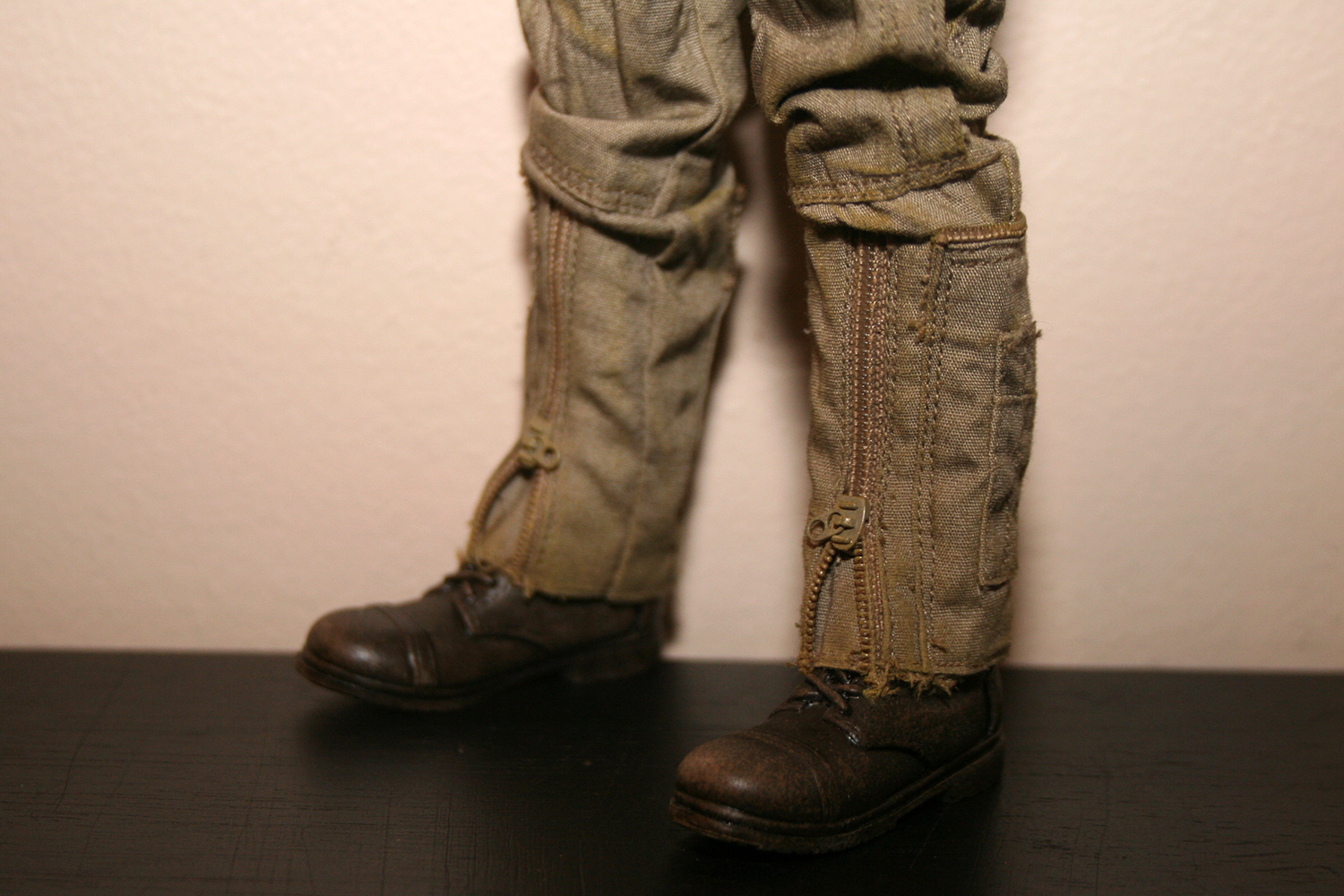 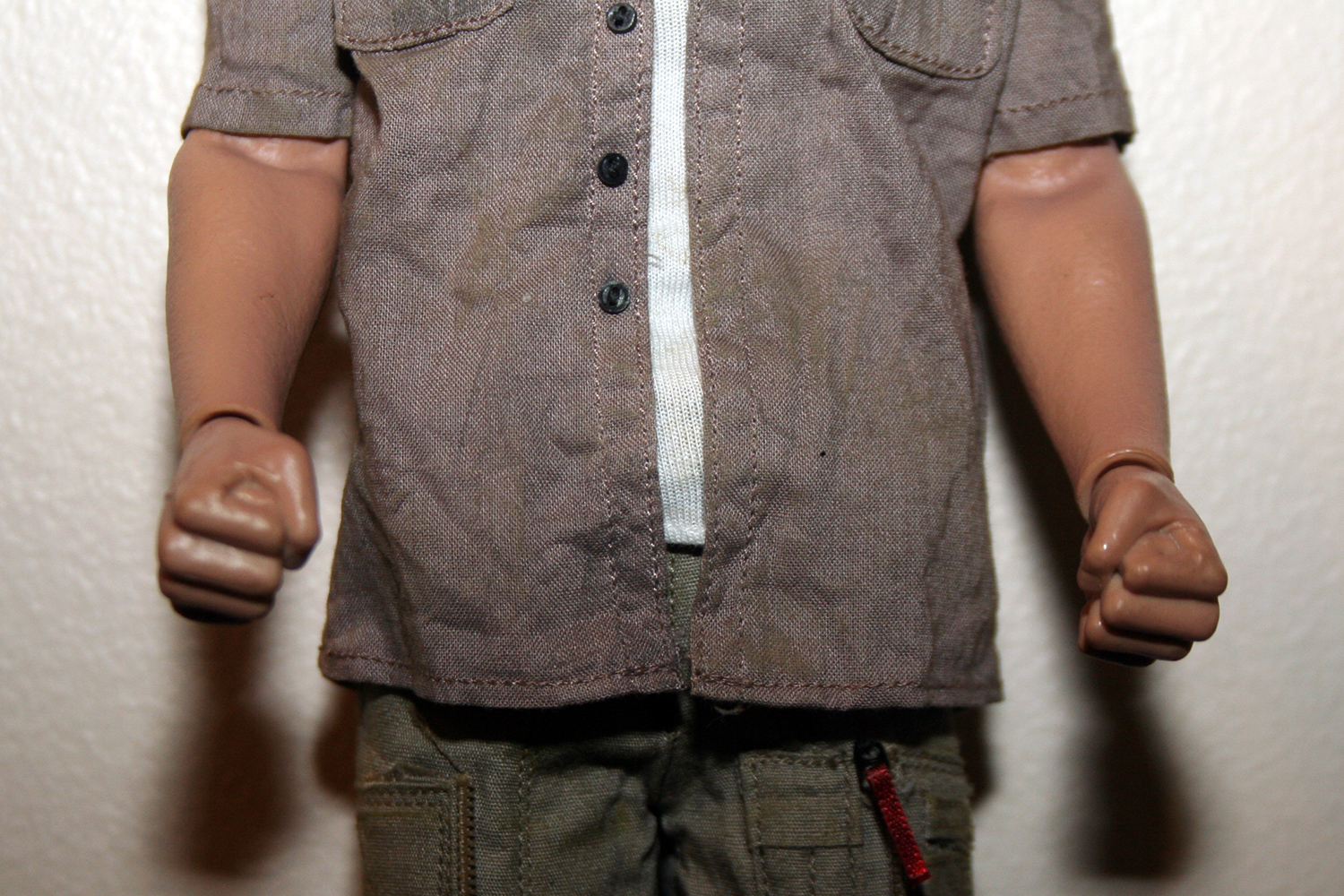 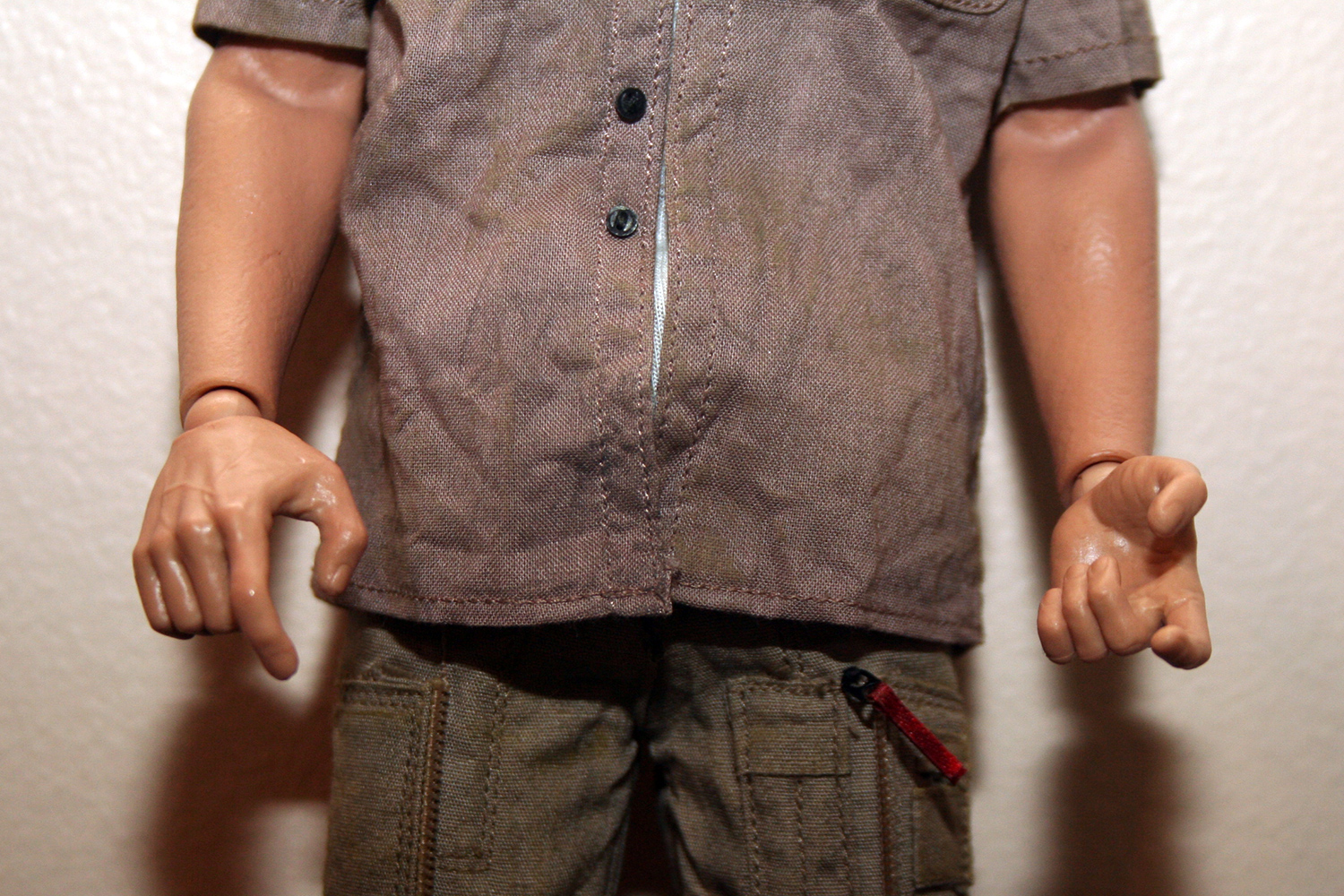 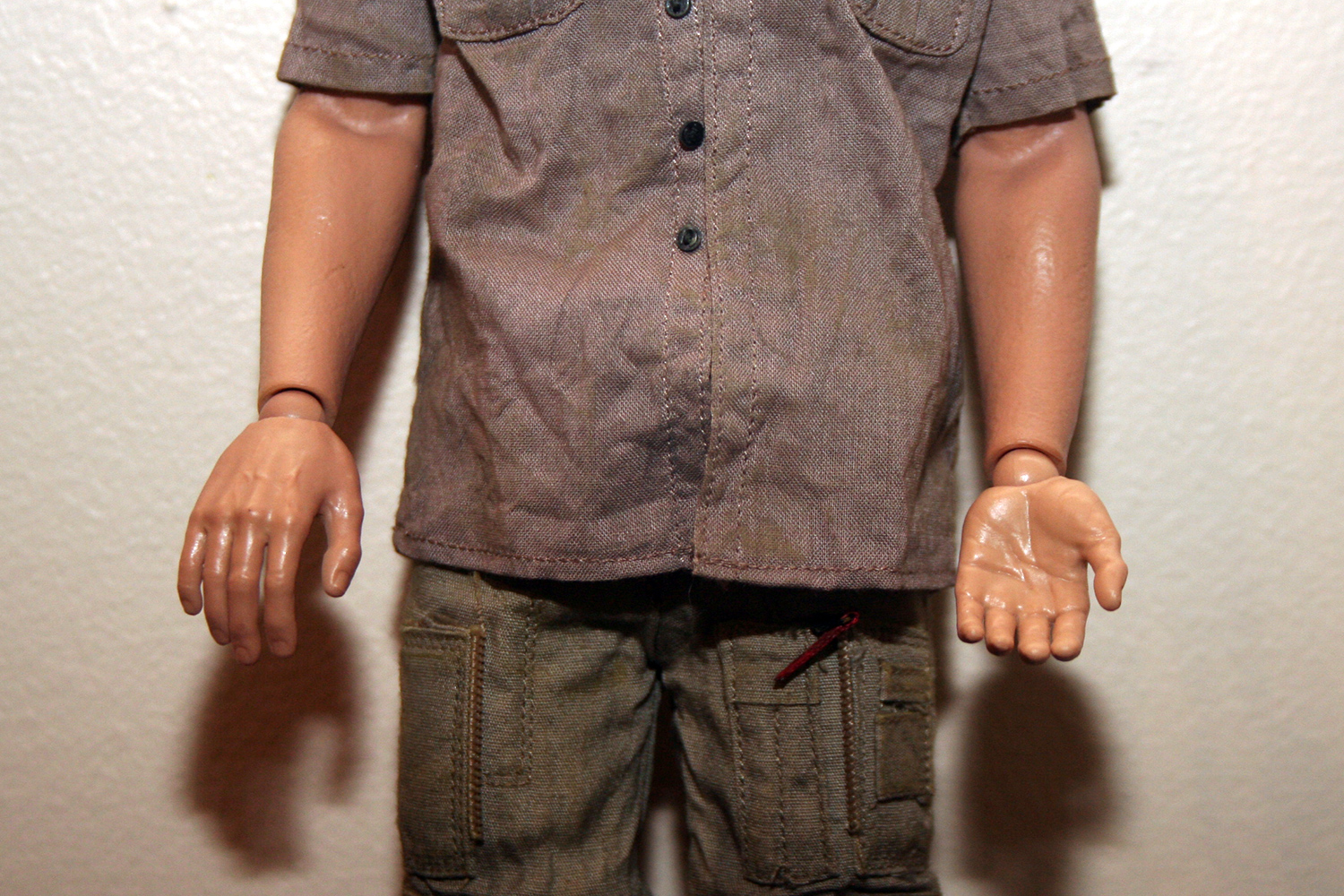