REVIEW: Andre the Giant’s Posse Has a Posse

Recent trends have seen the “designer toy scene” shift from what was primarily dominated by small run (100 to 500 pieces) production vinyl to limited edition (1 to 100 pieces) resin. The advantage? Pretty much anyone can produce figures using resin. Sculpt something. Create a mold. Pour resin into the mold. Rinse and repeat. Plus, it’s much cheaper - there’s no tooling, going back and forth with the factory, and no shipping from China.

With that said, it’s the main reason we’ve seen a shift - by individual artists - from vinyl to resin. The licensed stuff still gets play in vinyl, because they can be created in such large amounts that its economically feasible. But those artists, unless they have worldwide appeal, don't see the vinyl production like they used to. There's still resin. And one of those artists currently slinging in the resin game is Junk Fed.

Artist Todd Rogers (aka Junk Fed) tends to sway more towards 1980’s (with some 70’s and 90’s) nostalgia with his creations. From the Thundercats to Star Trek, all sorts of retro pop culture find themselves mashed up and/or bootlegged. Right now, we're going to take a look at Junk Fed's Andre the Giant's Posse Has a Posse.

Let's see if we can follow this. Back in the late 1980's, artist Shepard Fairey created a sticker called Andre the Giant Has a Posse. That sticker evolved into OBEY Giant. OBEY Giant was also influenced by John Carpenter's cult film They Live (which, coincidently starred a different professional wrestler - Roddy Piper).

All of this loops back around to Junk Fed's Andre the Giant's Posse Has a Posse. The 5-inch tall hand-sculpted, hand-cast, and hand-painted resin figure is a comic take on Fairey's original sticker design. But the figure specifically features Andre as an alien from They Live. Now, if you're reading this thinking "What is this movie?" I'm sorry. Because you have missed a piece of cinema that rivals the historical and societal impact of ten Citizen Kanes. With memorable quotes and a nearly six-minute-long fight scene that rivals Swan Lake in its pageantry, you should buy/rent They Live right now.

The Andre resin is posed similar to his 1980's LJN Wrestling Superstars figure - flexing with his hands near his head. The piece is painted in the blue, white, and red details of the They Live aliens (sorry for the spoilers, but I just told you to watch the movie). And given the continued popularity and cult status of the film, it's sort of strange that the only "toys" based on the film are customs and bootlegs inspired by the movie.

The piece has no points of articulation. Battle him against your old-school WWF collectibles at your own risk. Andre the Giant's Posse Has a Posse is currently available to purchase from Junk Fed for $50.00 (although it's currently out of stock) . 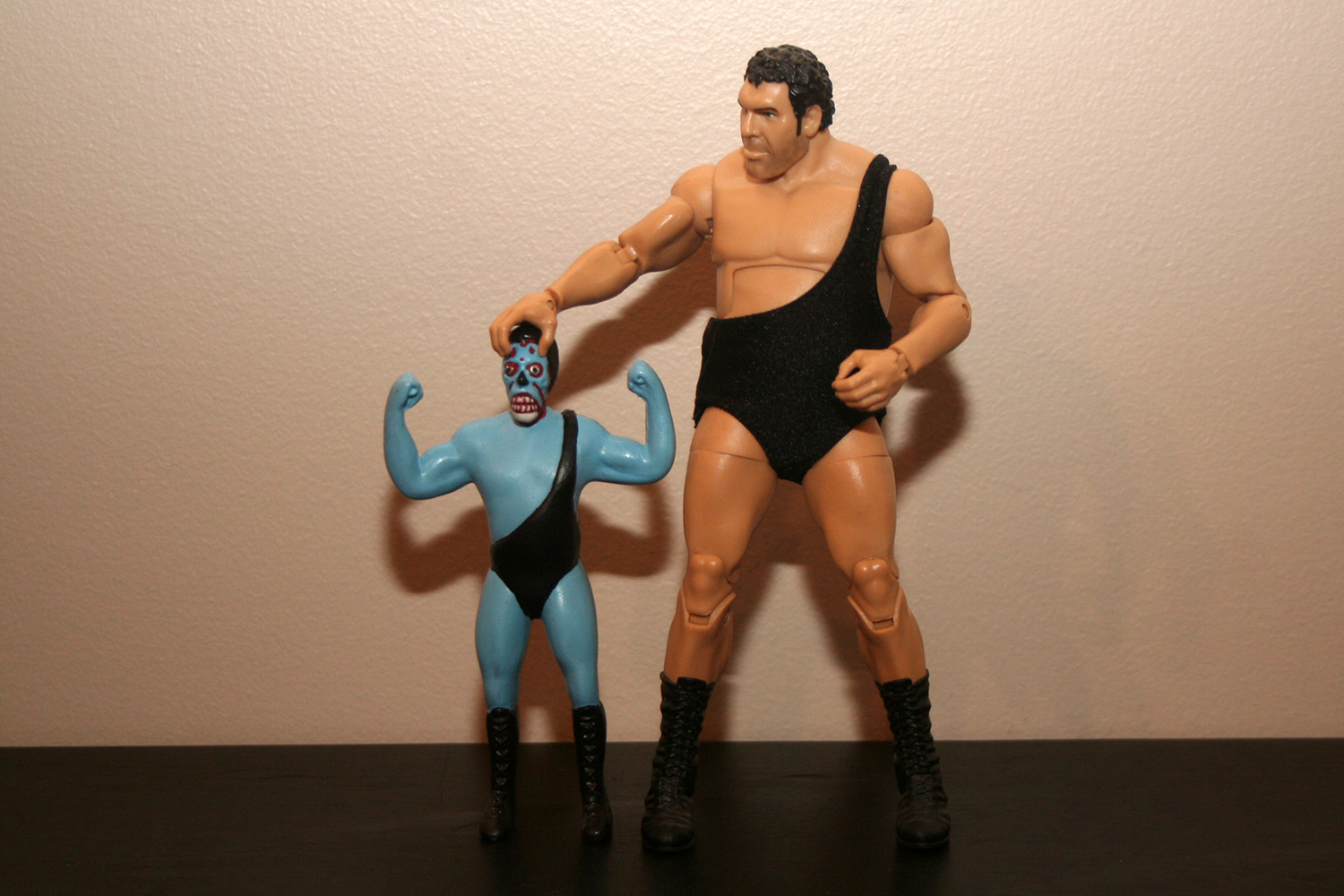 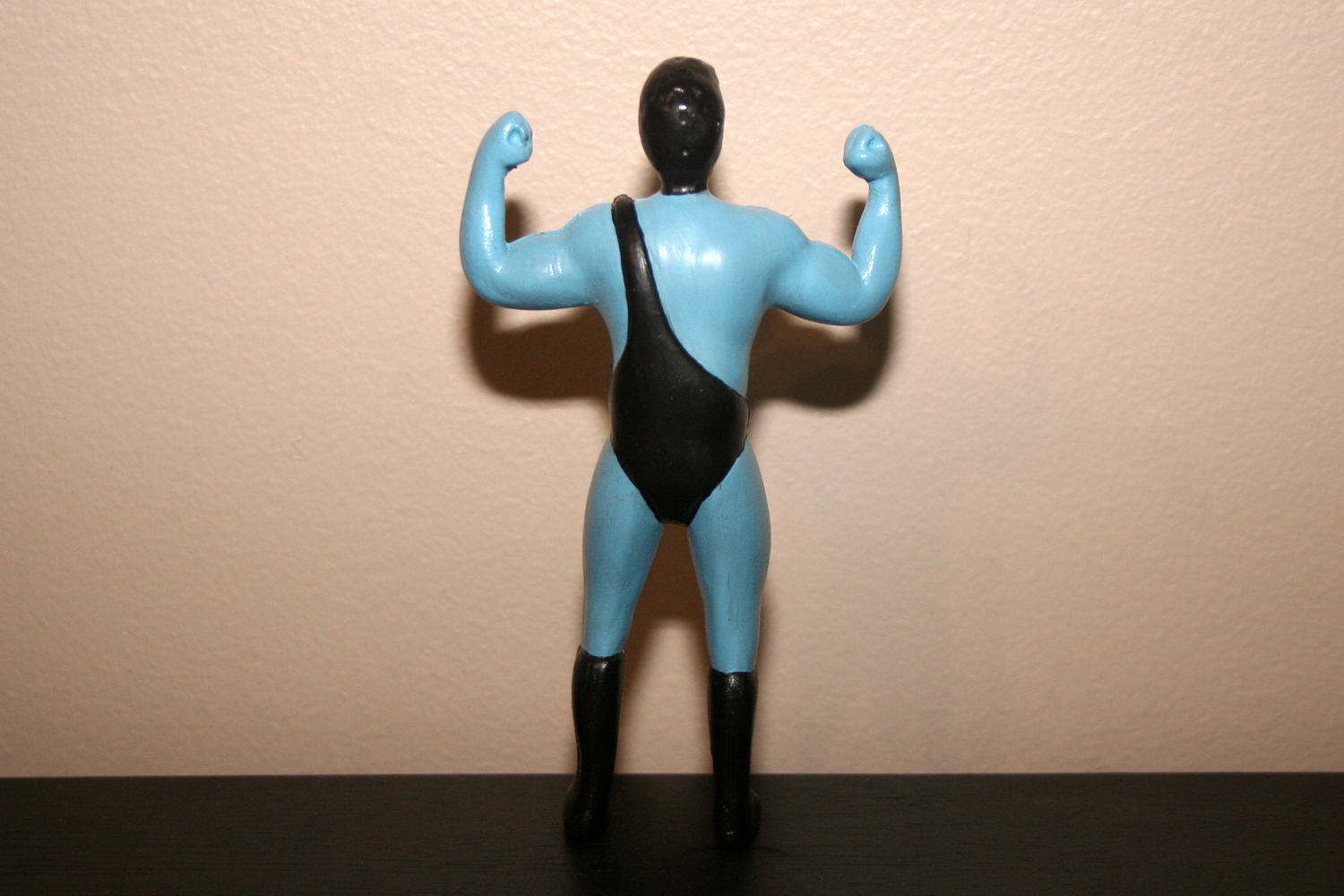 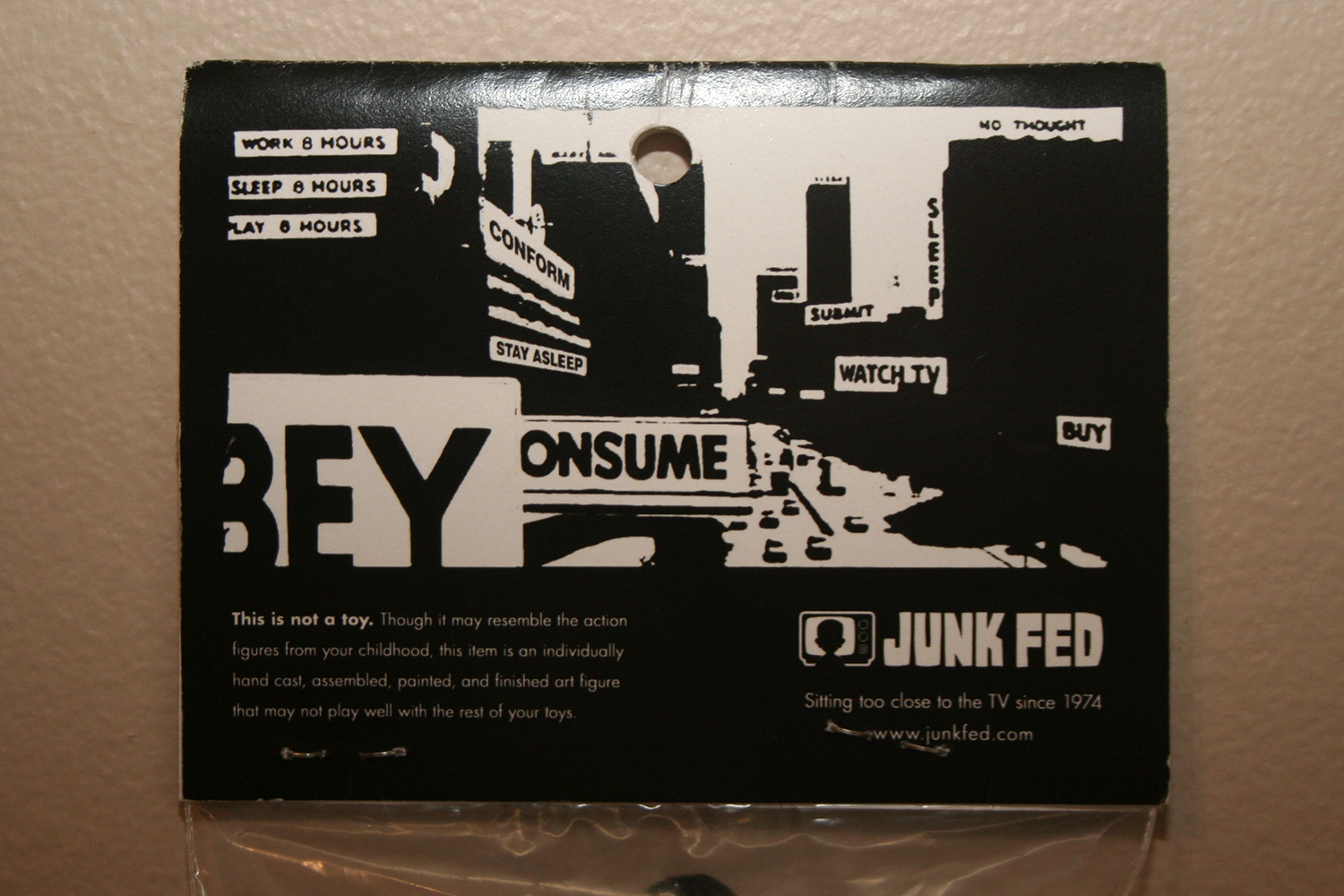 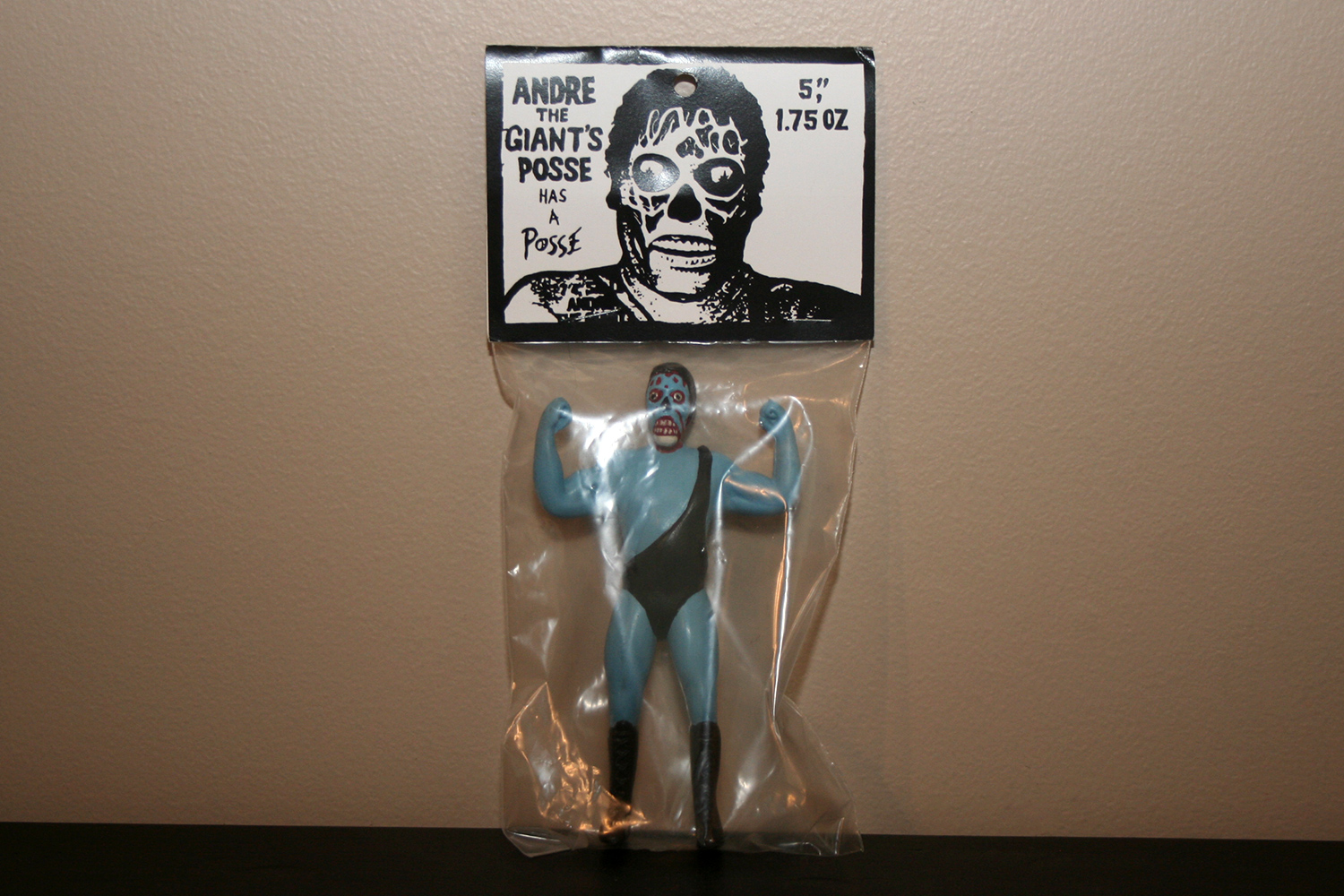 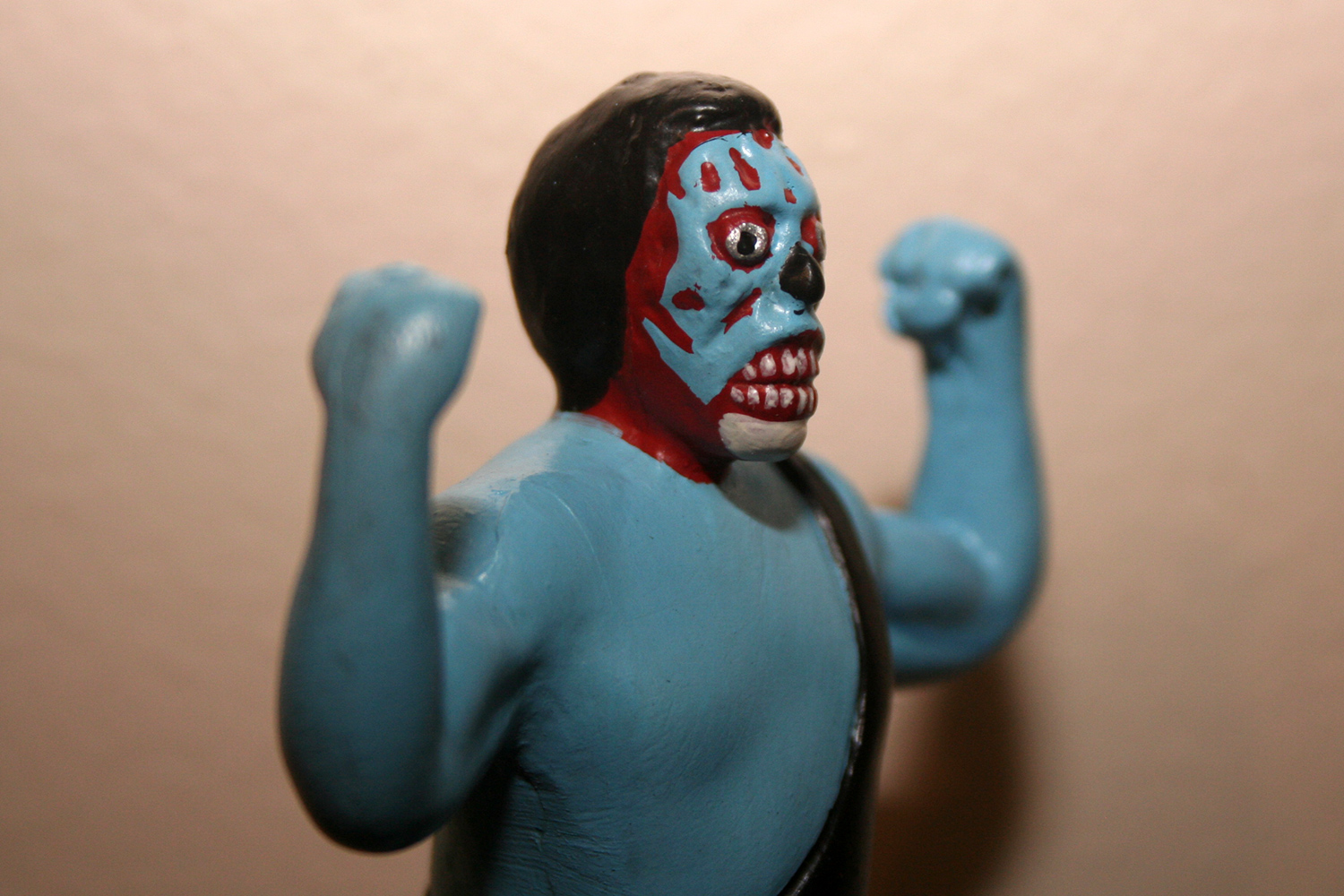