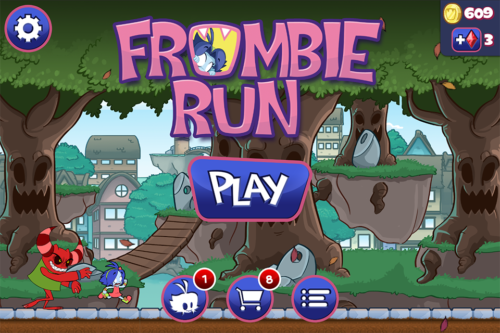 Frombie has announced their New York Comic Con 2013 exclusive - S2B2. The 9" tall resin is Frombie's biggest figure yet. It will be available at Booth #609 beginning on Friday October 11th 2013 at 10AM.

The Frombie folks will be attending New York Comic Con this October. They'll be set up at Booth #3215, and as you can see in the above ad...will have a number of new and exclusive toys (vinyl and plush) available at the show.

Bloodthirster Zomo and Spirit Kami are limited edition exclusive colorways that will be available from Frombie at New York Comic Con. More details on these two figures and many more releases that will be storming The Block at NYCC...coming soon.

The Aldara x Sama crossover figure (ESC Toy x Frombies) are currently available at the ESC-Toy shop. These are leftovers from the Anime Expo that took place last month. Limited to only 30 pieces worldwide, the hand painted resin figure can be purchased for...

Frombie at the Anime Expo

Frombie has announced what they'll be bringing to this weekend's Anime Expo (booth #1213). There will be new Frombie Collectible Trading Pins, the Limited Edition Midnight SB (limited to 25 pieces), Resin Kami in her original colorway, 12" tall Kami Plush, and their...
« Older Entries