The figure is crafted based on Gwyneth Paltrow’s big screen appearance as Pepper Potts/Rescue from the movie. Featuring two interchangeable head sculpts including a newly painted head sculpt with removable mask and an interchangeable helmeted head with LED-light up function, skillfully applied metallic lavender blue, champagne gold and silver colored armor, LED lights shine through various areas of armor, iconic weapons including a long drone and a short drone to recreate the fight scene alongside Iron Man and The Avengers, multiple pairs of interchangeable hands for different gestures, and a dynamic themed figure stand.

If you're interested in pre-ordering the Rescue Collectible Figure, you can currently reserve one over at Sideshow Collectibles for $407.00. It's slated to begin shipping in Q1 of 2021. 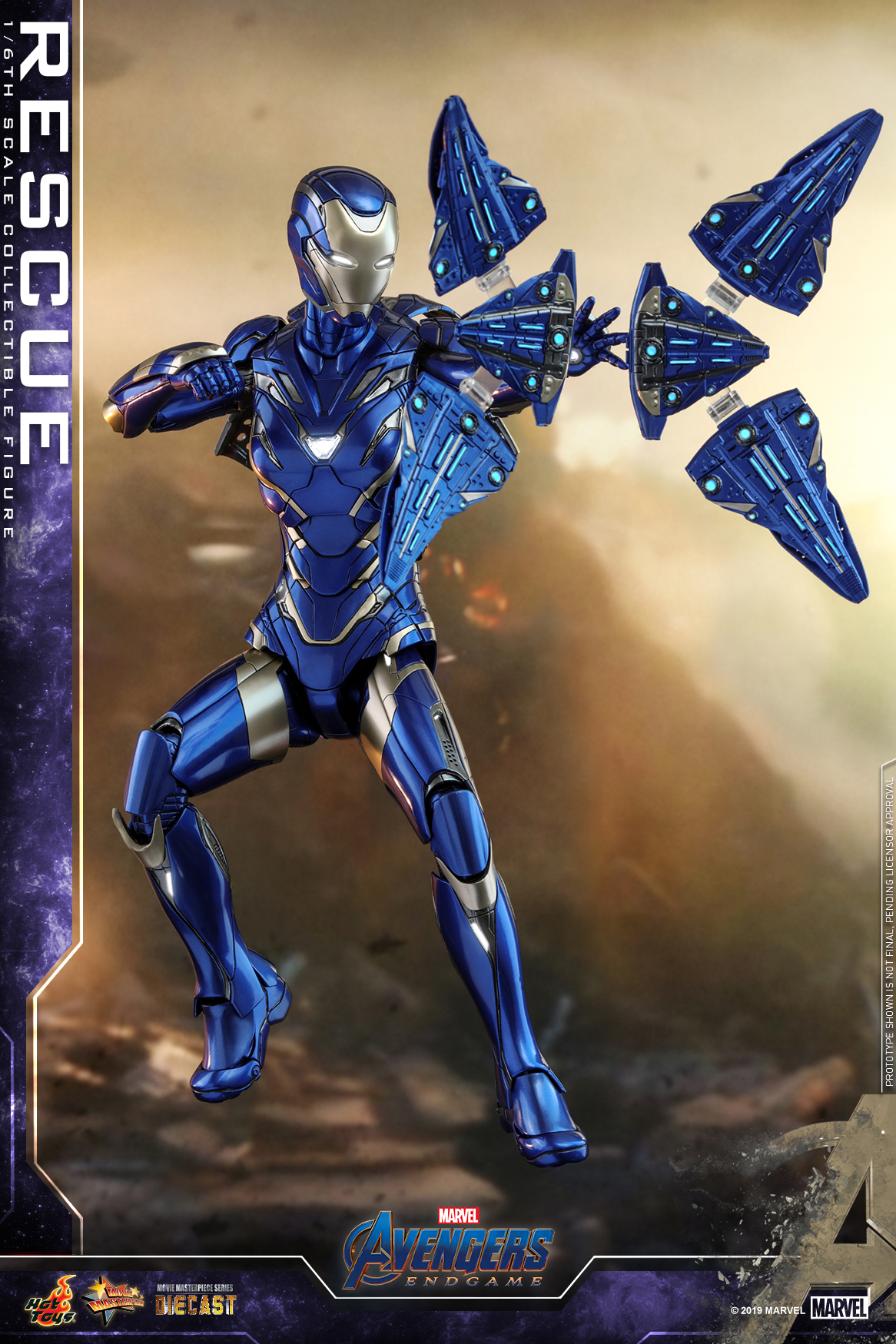 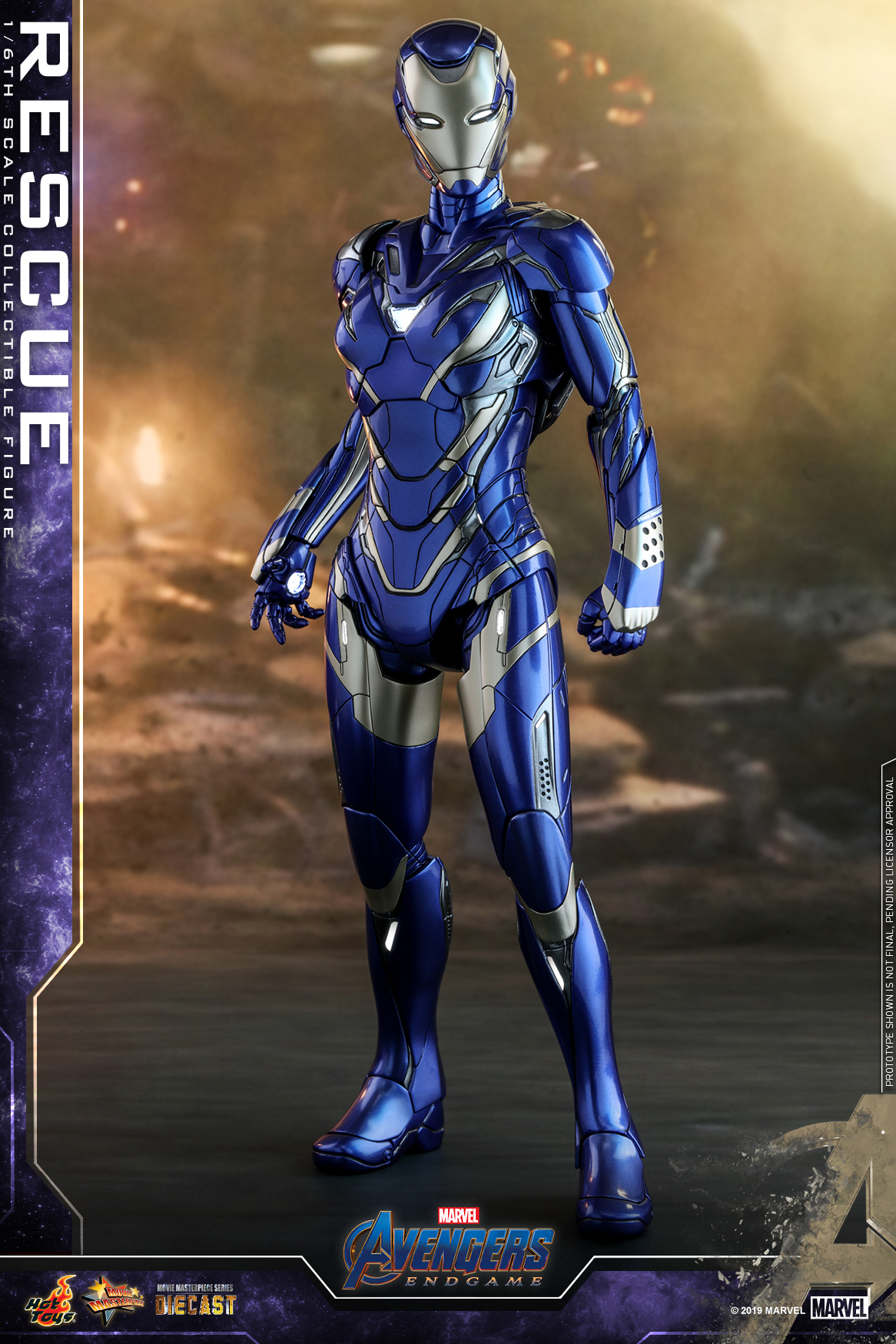