With Captain Marvel is coming to theaters in less than a month, anticipation for this forthcoming installment in the Marvel Cinematic Universe is running exceptionally high. And Hot Toys is expanding their Movie Masterpiece Series with the cosmic-powered hero Captain Marvel 1/6th scale collectible figure.

Expertly crafted based on the appearance of Brie Larson as Carol Danvers/Captain Marvel in the movie, the highly-detailed collectible figure features two interchangeable head sculpts (unmasked and helmeted head sculpt with LED light-up function), a newly developed body equipped with LED light-up function on both sides of the forearms, a skillfully tailored costume in metallic red and blue with a gold star emblem on chest, and multiple energy-blasting effect accessories that are wearable on arms.

Also, a Deluxe Version will be available with exclusive pieces such as Goose the Cat, a delicate Flight Bomber jacket, and an extra pair of firing effect accessories.

You can currently pre-order this figure from Sideshow Collectibles for $266.00. It's slated to begin shipping in Q4 of 2019. 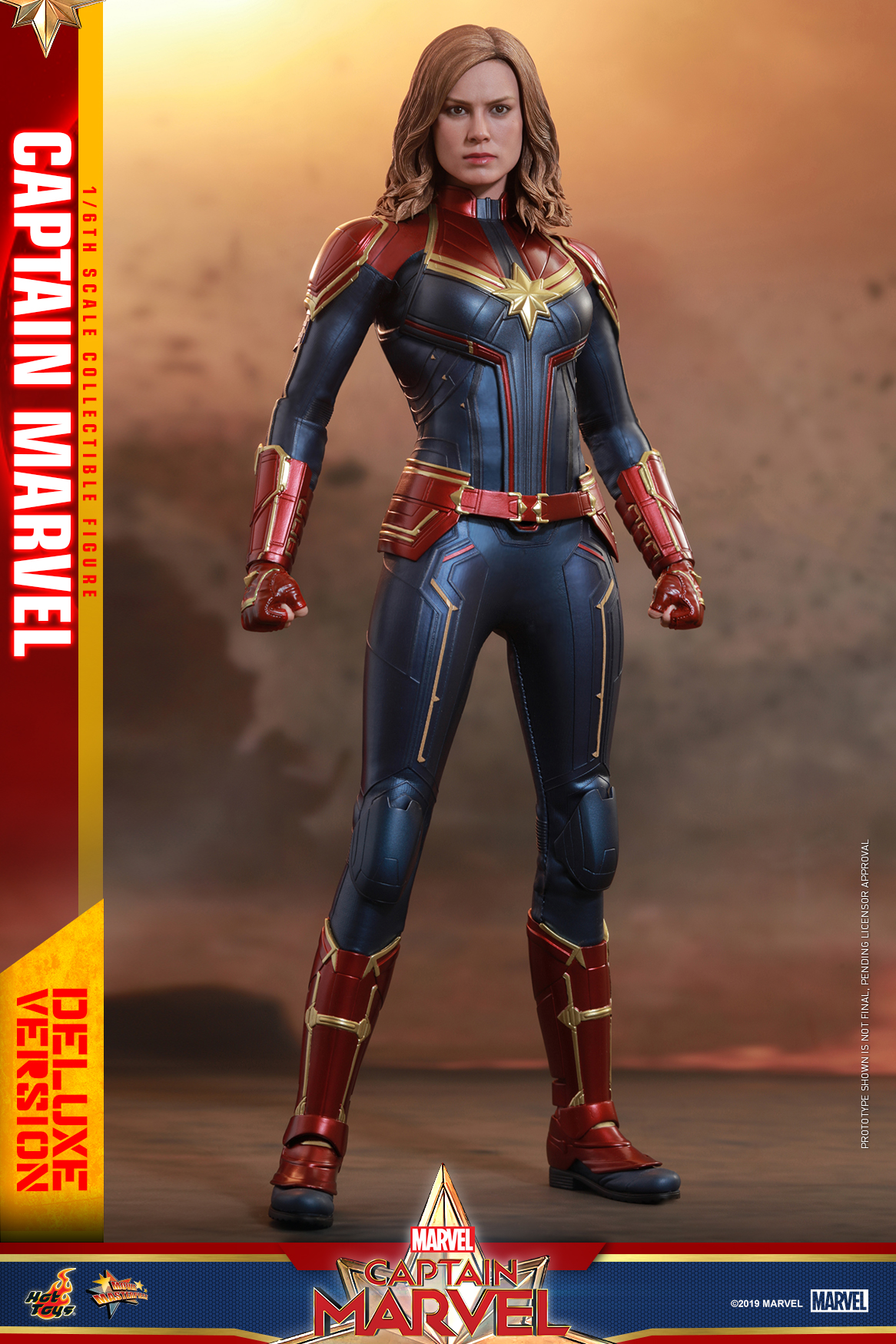 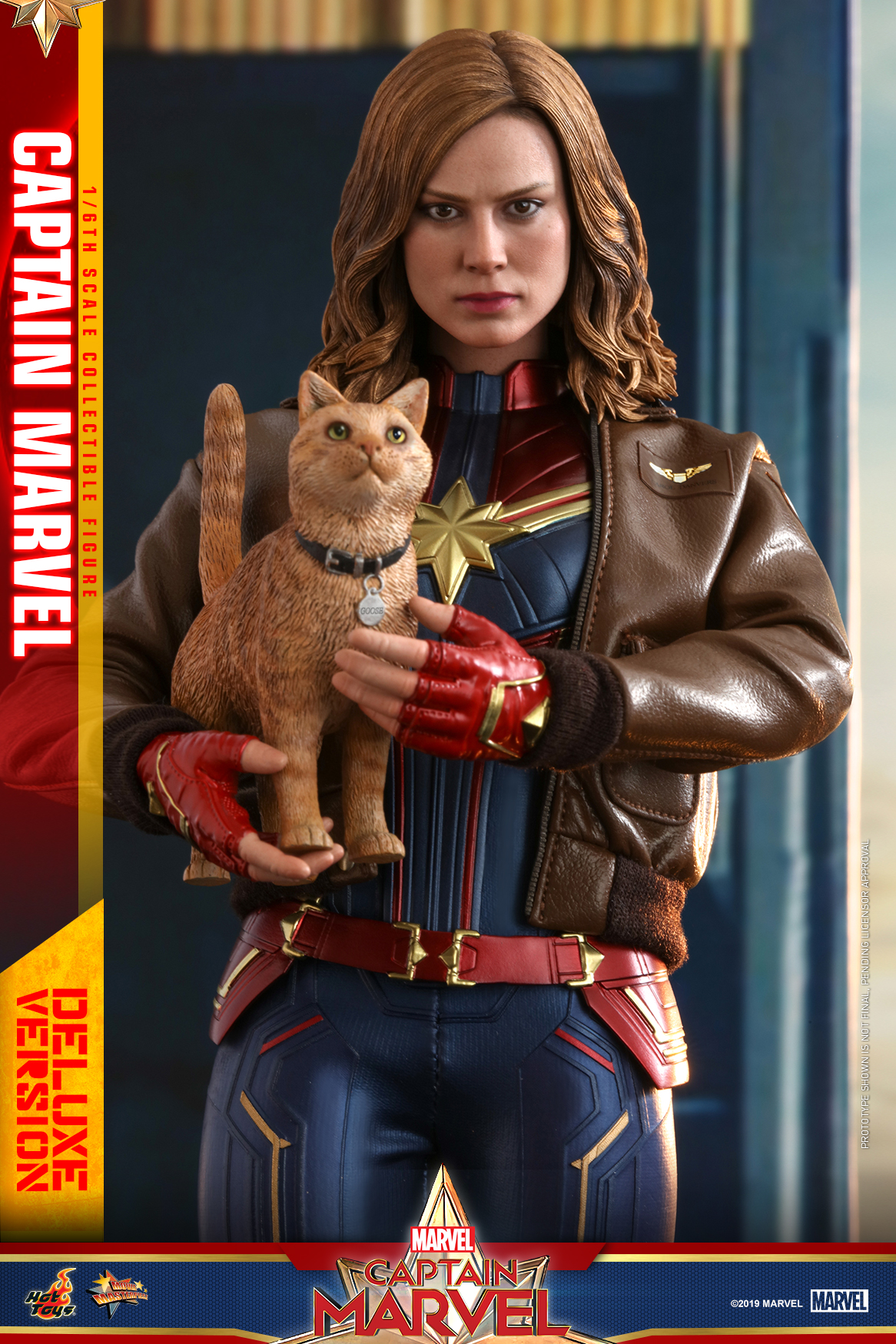 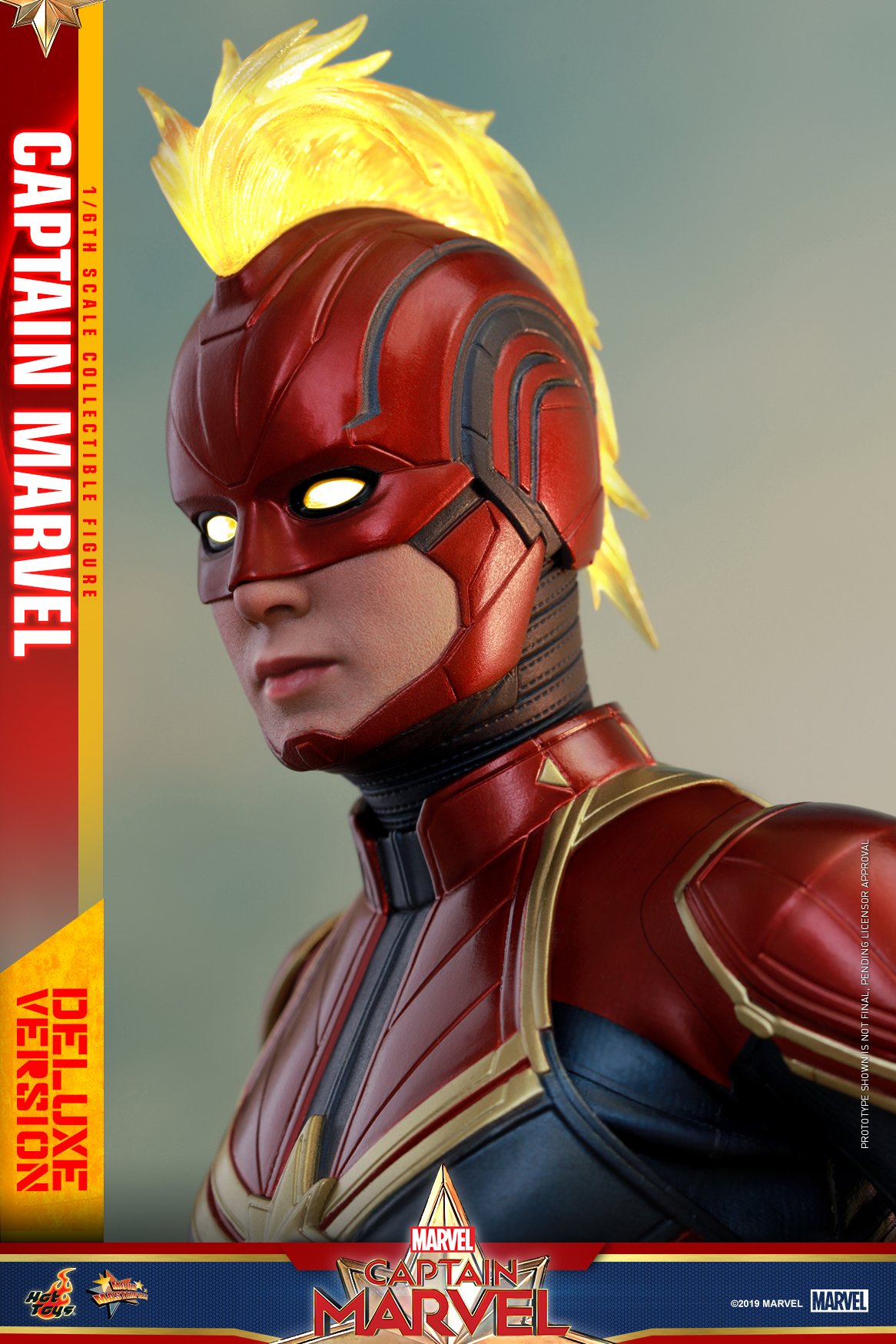 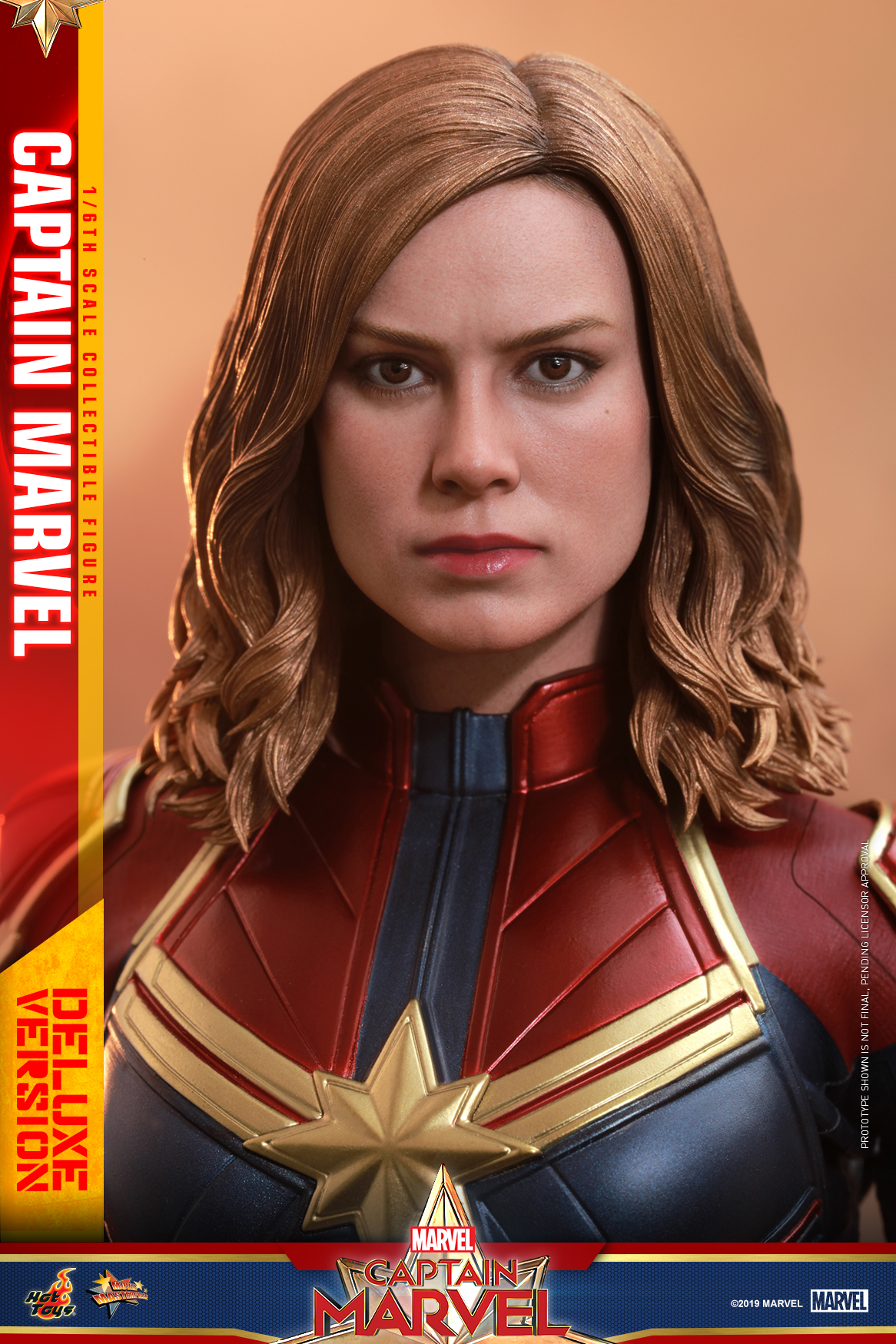