From the hit movie "Thor: Ragnarok" and GoodSmile comes the Nendoroid Thor: DX Version. The nearly 4-inch tall figure comes with four different face plates including a serious expression for heading into battle, a rather cute shouting expression, an expression with white eyes for when he uses his lightning powers, as well as the highly-requested eye patch face plate. Optional parts include the swords that were featured in the movie, a club, his shield, the helmet from his confrontation with the Hulk, and hand-lightning effect parts. Additionally, two blasters that he used with Loki are included, so you can recreate the scene of the brothers fighting together. 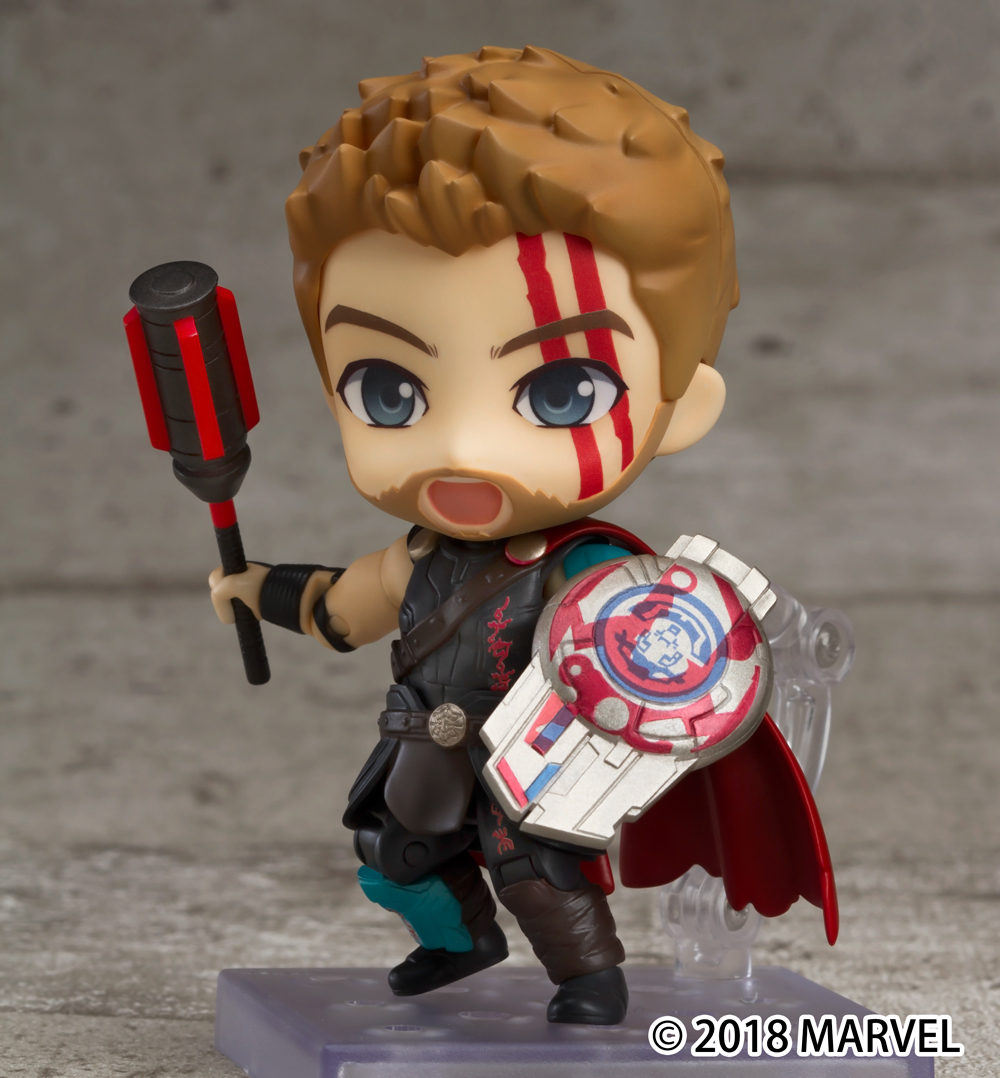 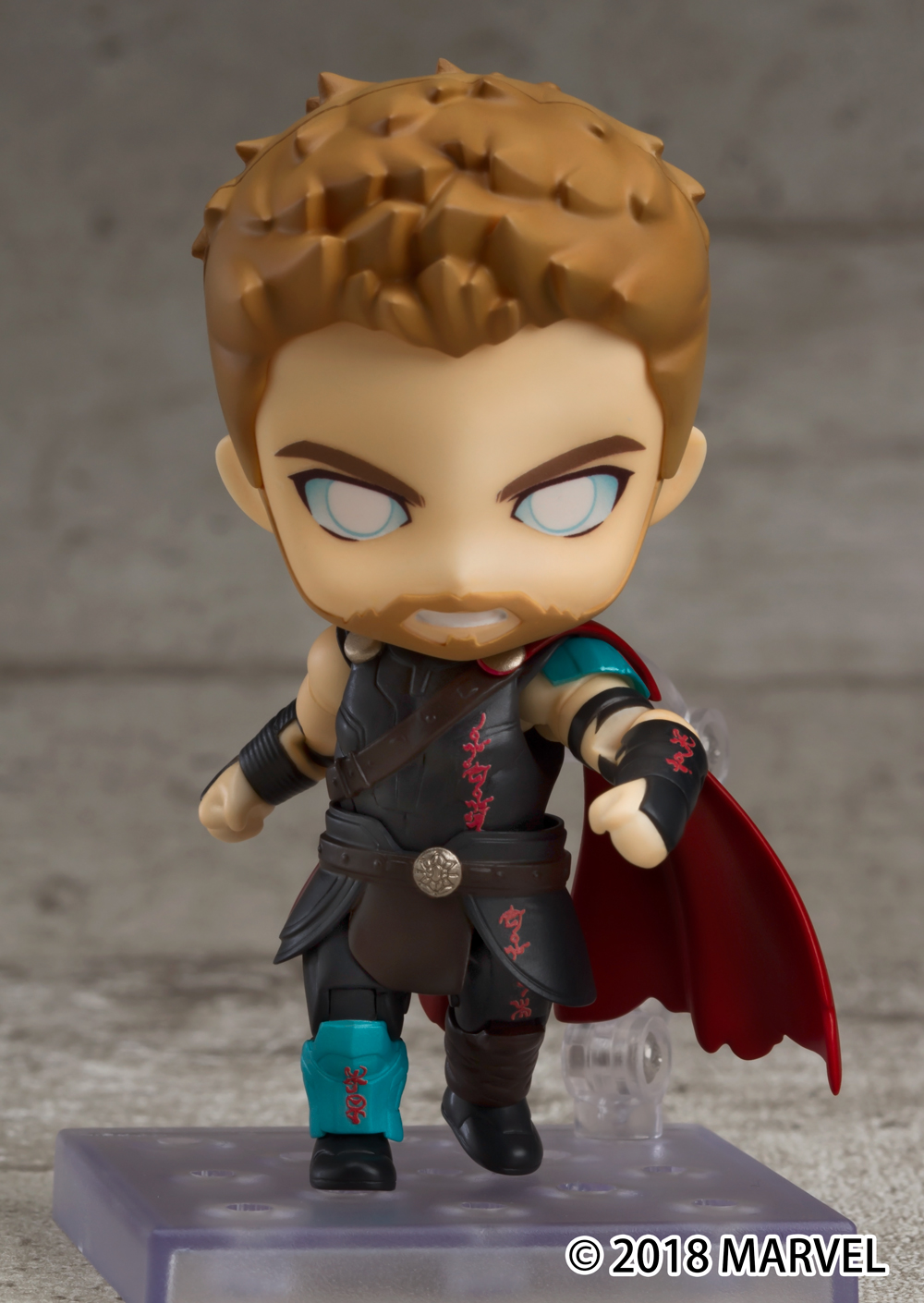 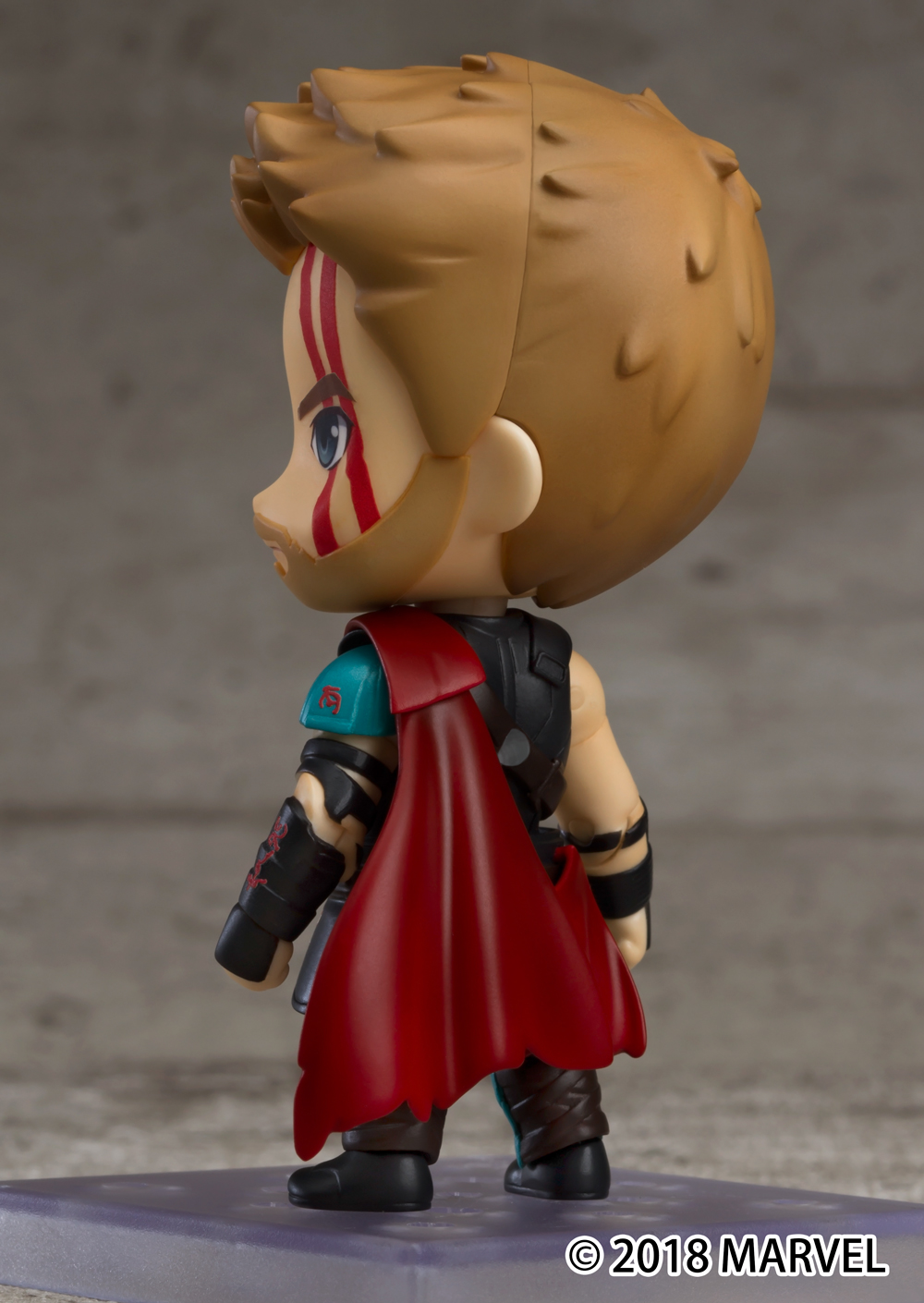 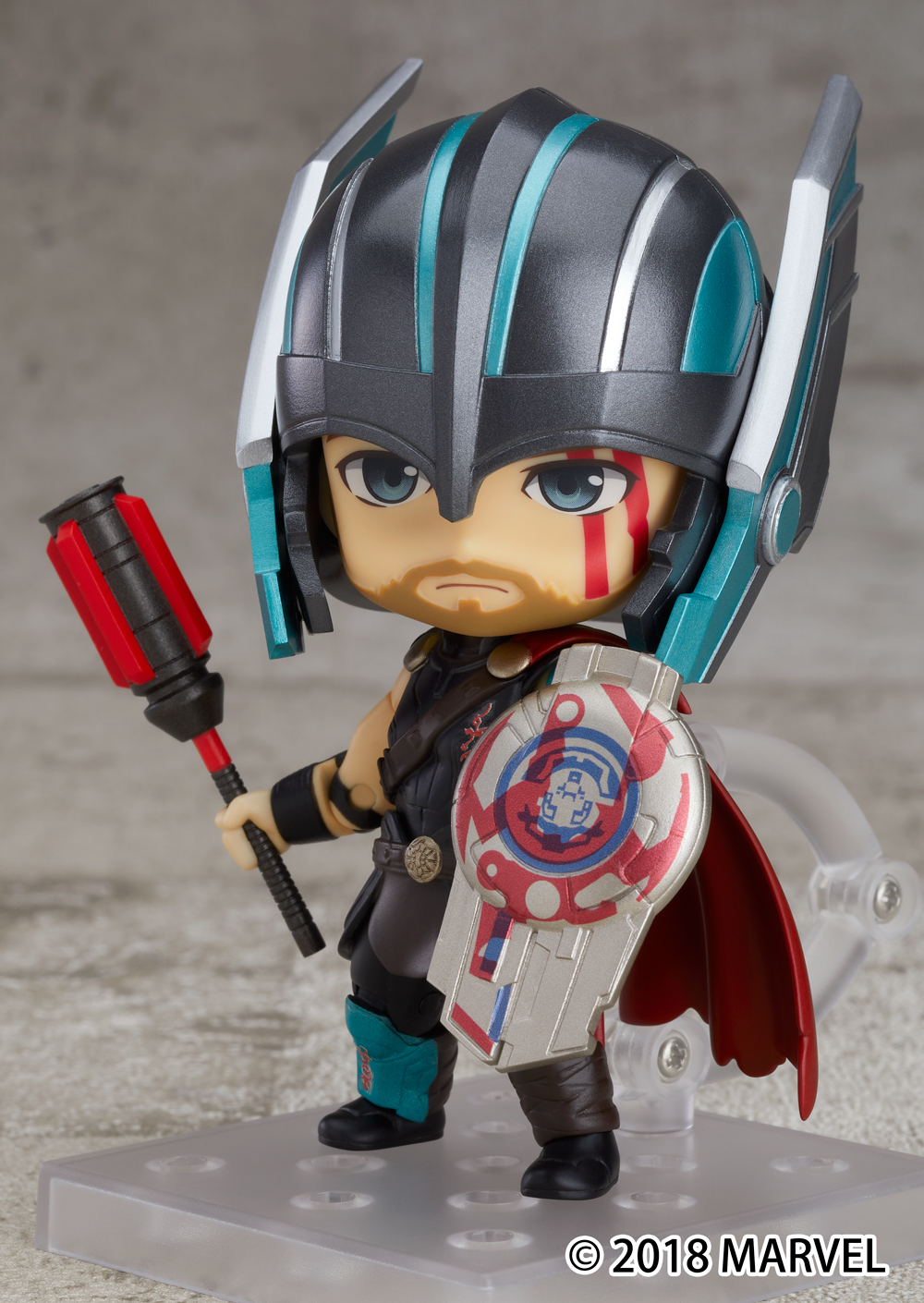 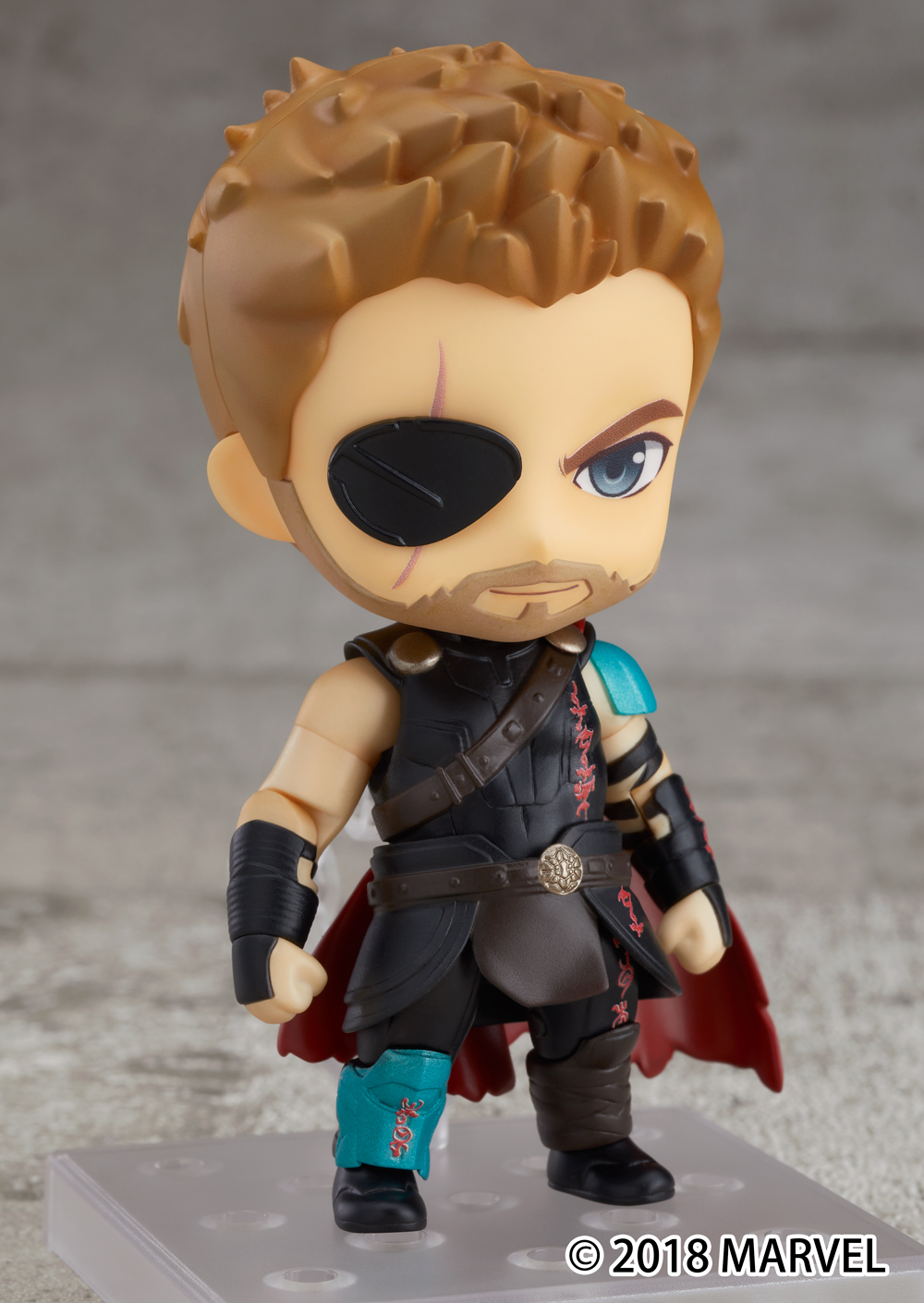 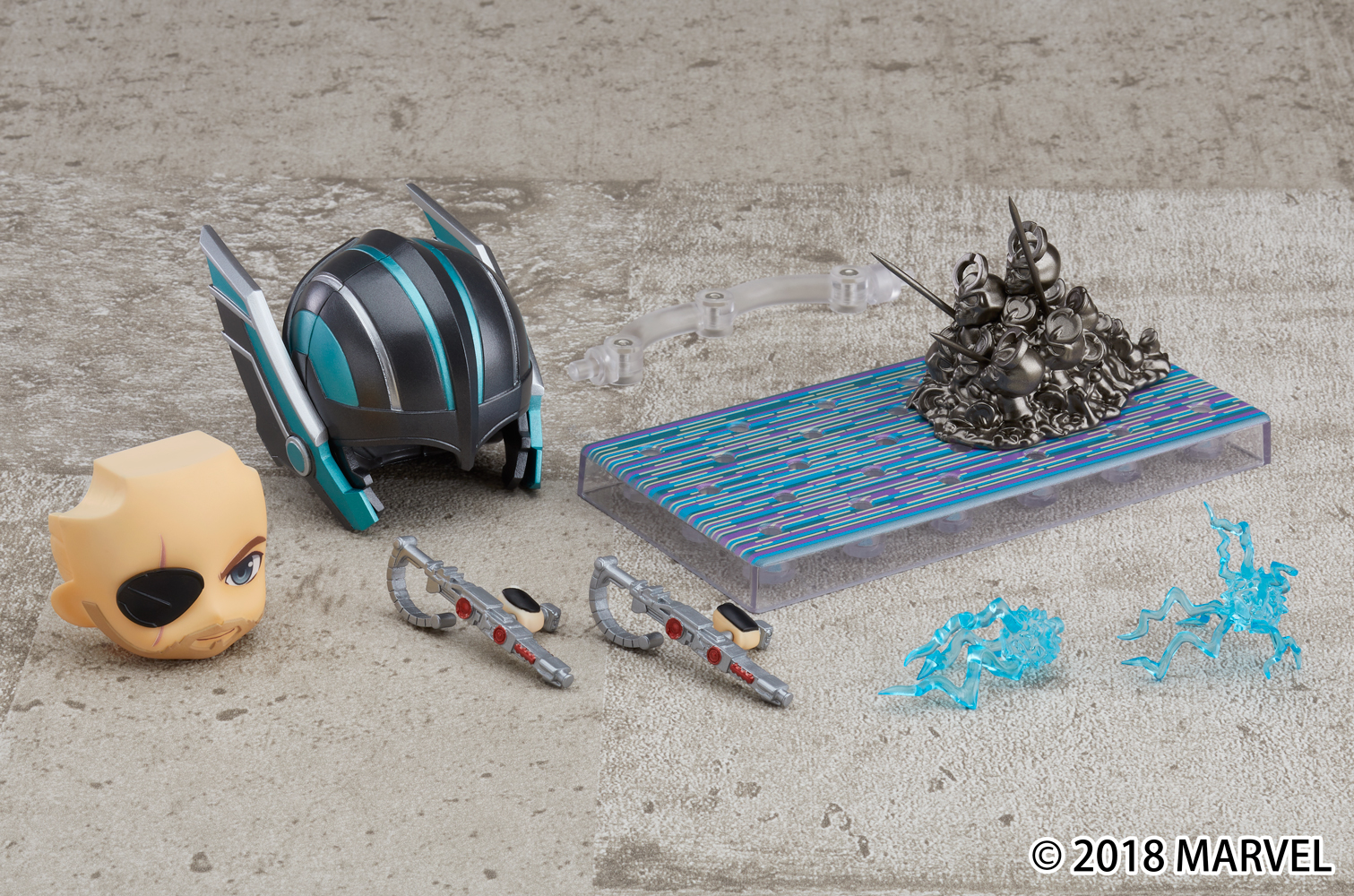