In the epic conclusion of the classic Star Wars saga, after Luke Skywalker has returned to his home planet of Tatooine to rescue his friend Han Solo from the clutches of the vile gangster Jabba the Hutt, the young Skywalker along with his friends and the Rebellion fleet must take down the second Death Star in order to stop the evil Empire from wiping out the last hope to restore freedom to the galaxy...

Hot Toys has announced the new Deluxe Version 1/6th scale Luke Skywalker collectible figure from Star Wars: Return of the Jedi, featuring his iconic attire as seen on Tatooine, Endor, and the second Death Star. Crafted based on the likeness of Mark Hamill, the collectible figure features a newly developed head sculpt, finely tailored costumes, the helmet and camouflage cloak Luke wore on Endor, a LED light-up lightsaber, an interchangeable lightsaber blade emulating the weapon in motion, a blaster, and a themed figure stand.

This Deluxe Version willinclude an additional head sculpt with an interchangeable all-new hair sculpture, an extra piece of interchangeable battle damaged right hand, dark grey tunic with belt, and the Tatooine sandstorm goggles and cloak as seen in the deleted scenes.

You can currently pre-order the Return of the Jedi Luke Skywalker Deluxe Edition for $282.00 over at Sideshow Collectibles. It's estimated to begin shipping in Q3 of 2019. Additionally, there is a Regular Version available for $243.00. 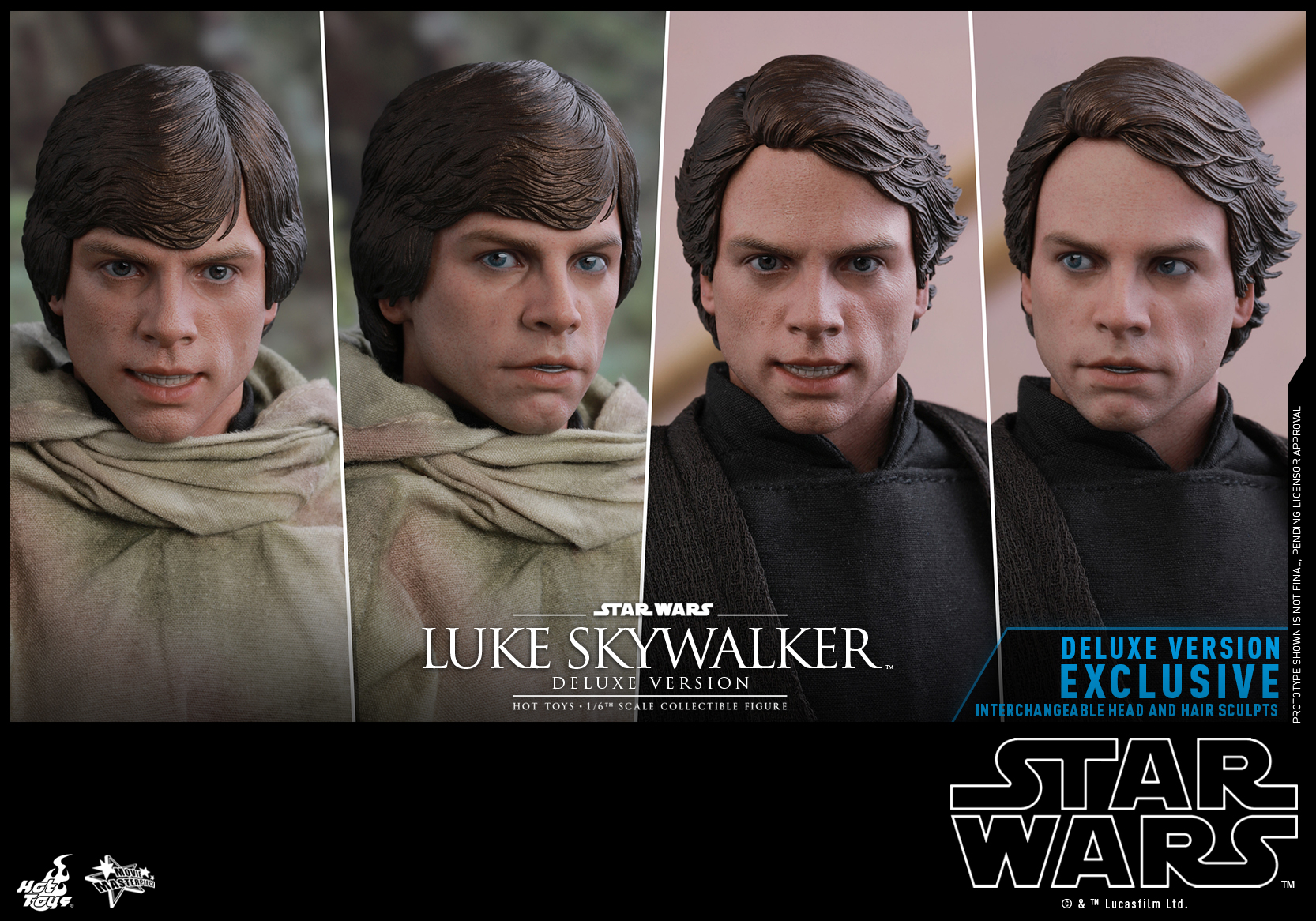 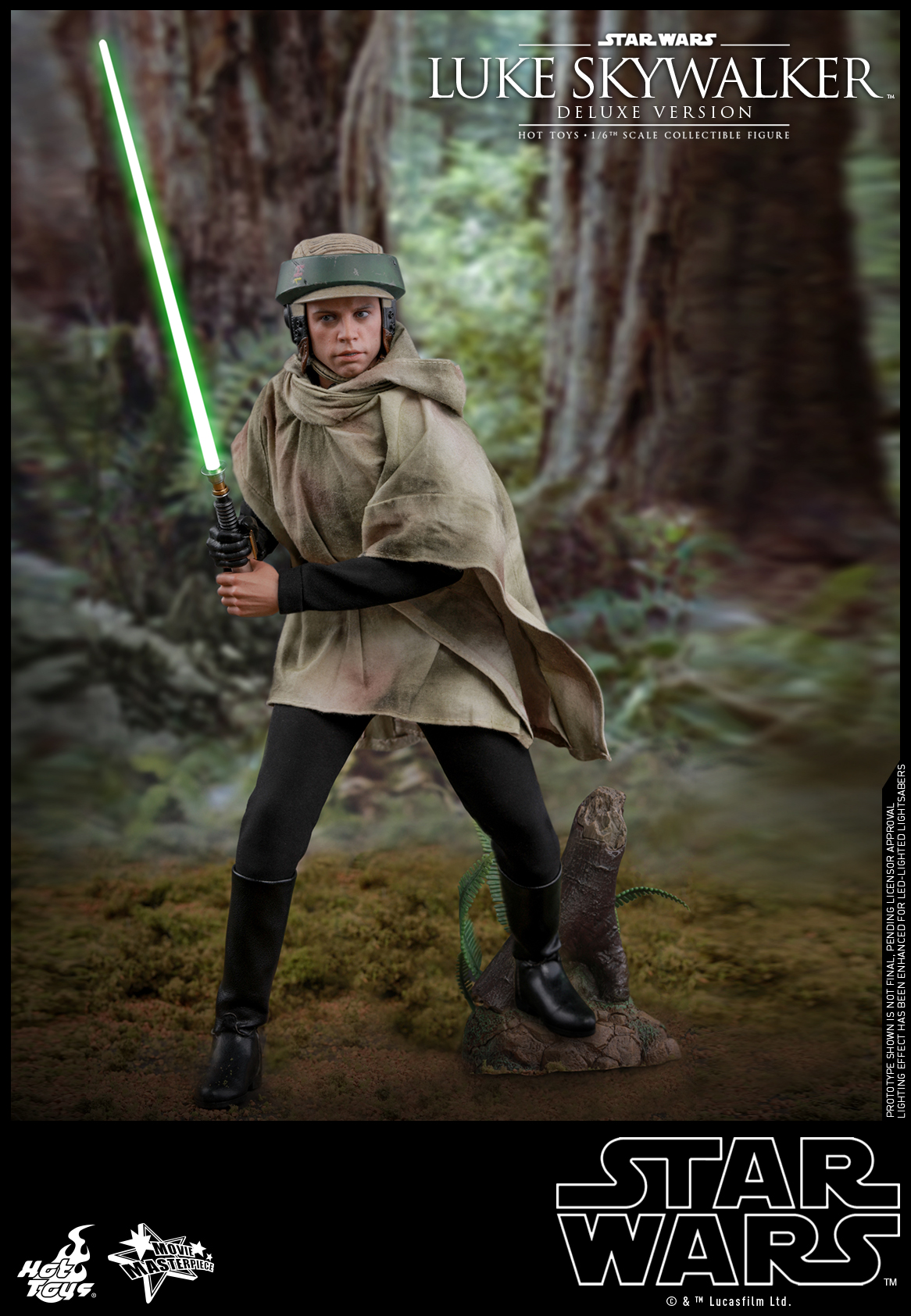 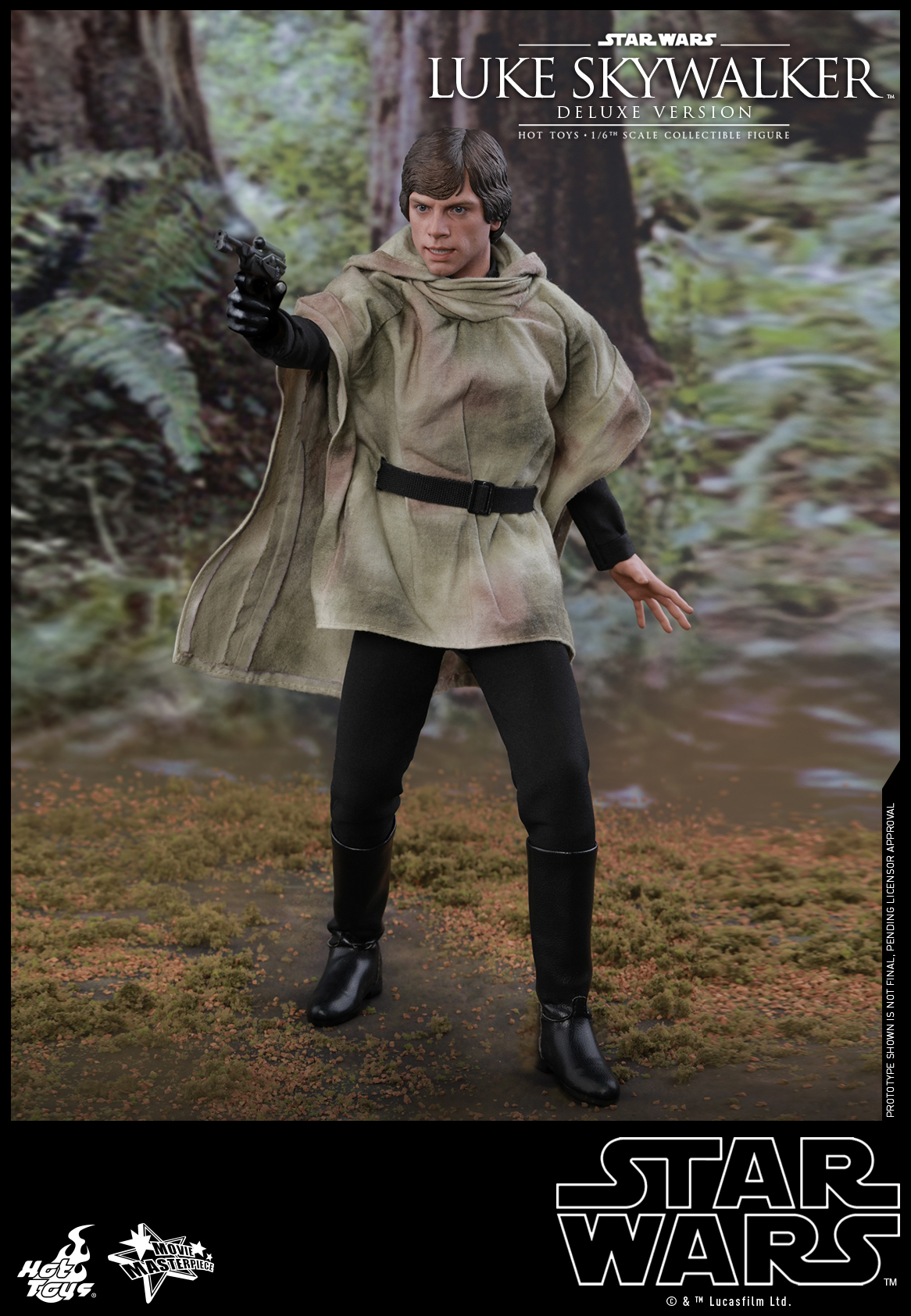 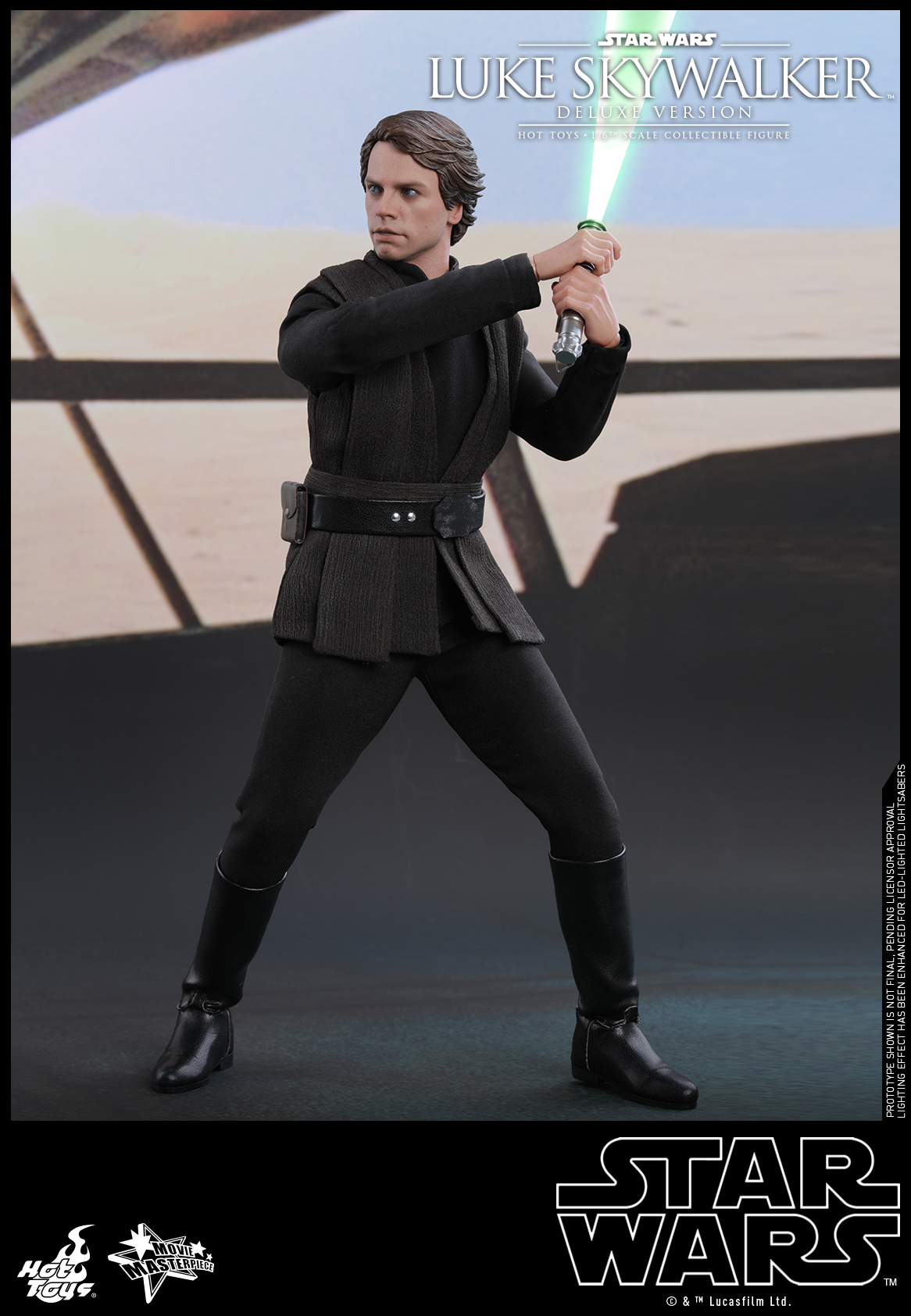 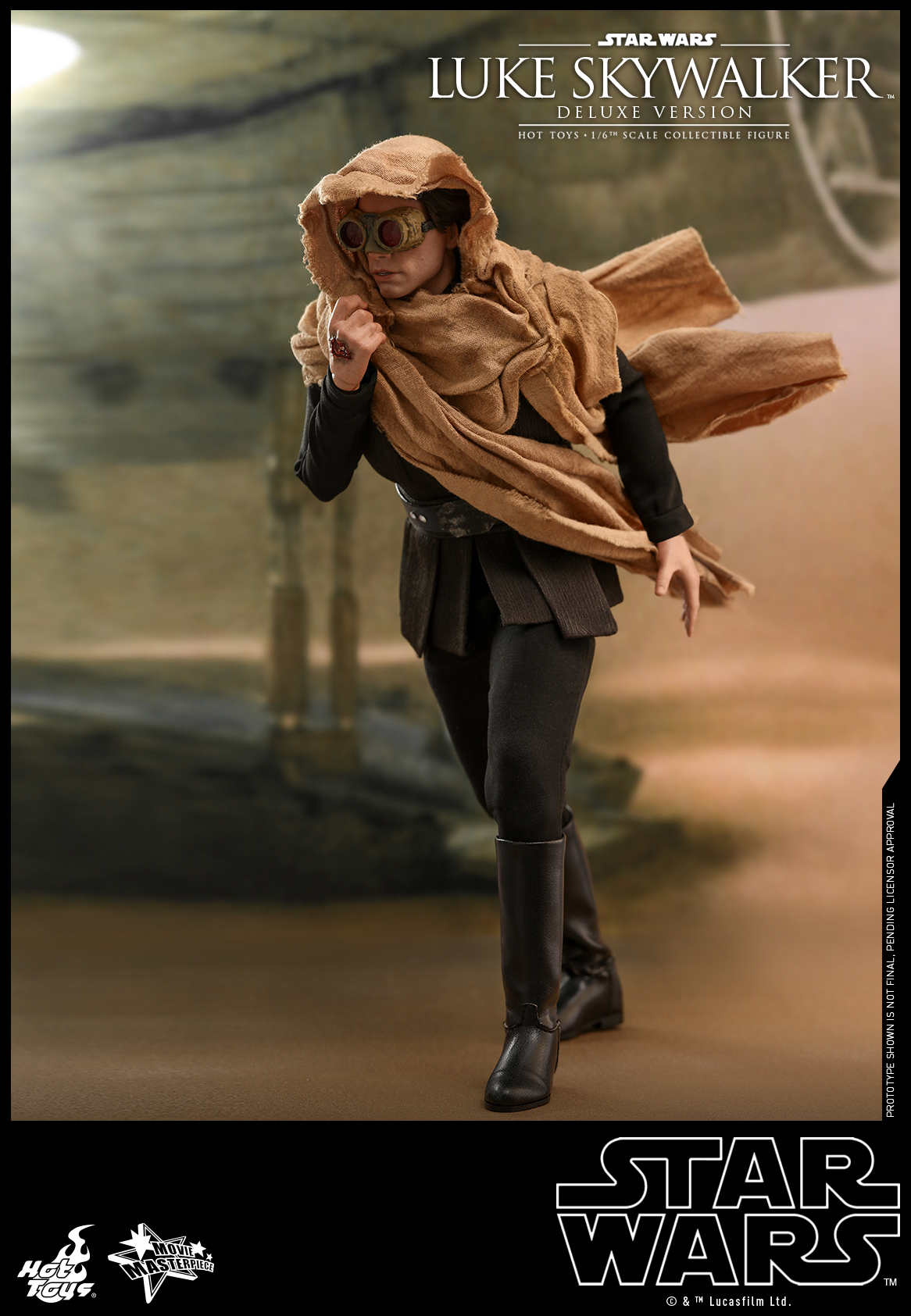