Hot Toys has announced the 1/6th scale Wonder Woman (Comic Concept Version) Collectible Figure as a special release from their Justice League line-up. Based on the appearance of Gal Gadot as Wonder Woman in Justice League, the figure features a head sculpt with long curly dark brown real fabric hair and Wonder Woman’s signature tiara in silver, a specialized body tailored, a red and gold costume accent with silver stars with a navy blue scarf. Aside from the iconic battle suit, the figure also comes with a number of weapons and accessories including an engraved sword, a shield, a pair of Wonder Woman’s signature “Bracelets of Submissions” in silver, her “Lasso of Truth”, bullet sparkling effects attachable to the bracelets, and a specially designed hexagonal figure stand.

Sideshow Collectibles is currently taking pre-orders for this figure. It's priced at $243.00 and expected to begin shipping to pre-order customers in Q4 of 2019. 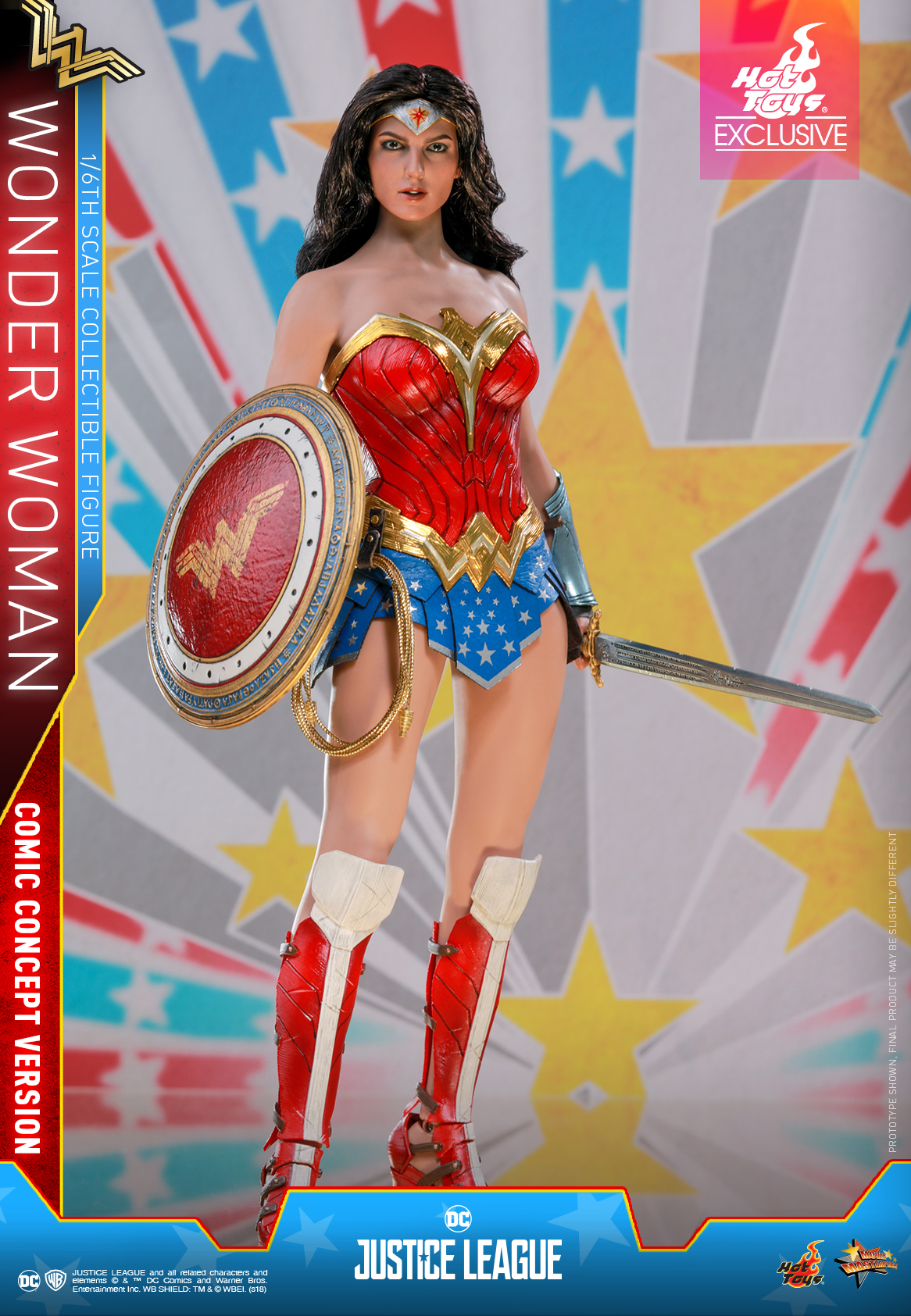 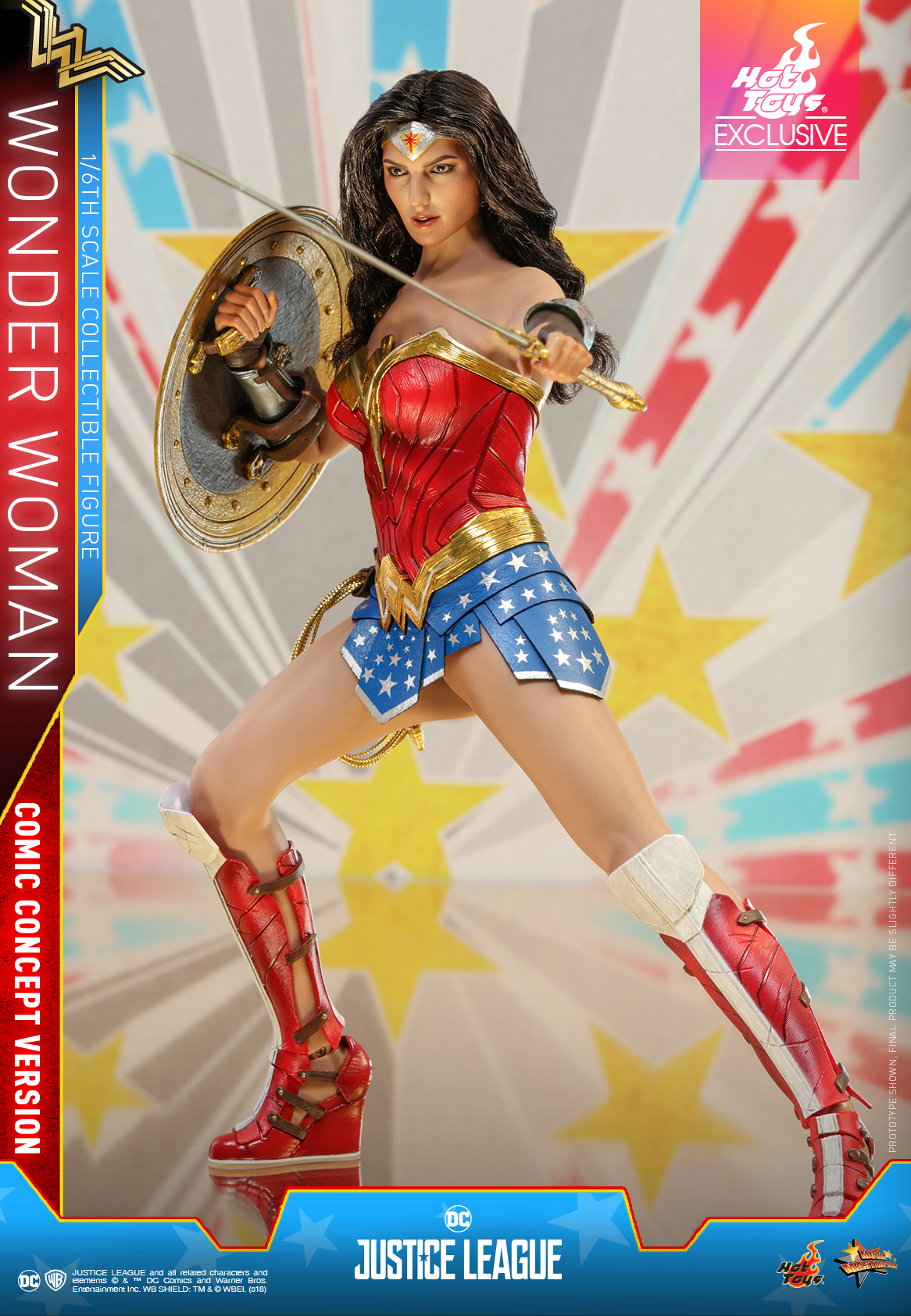 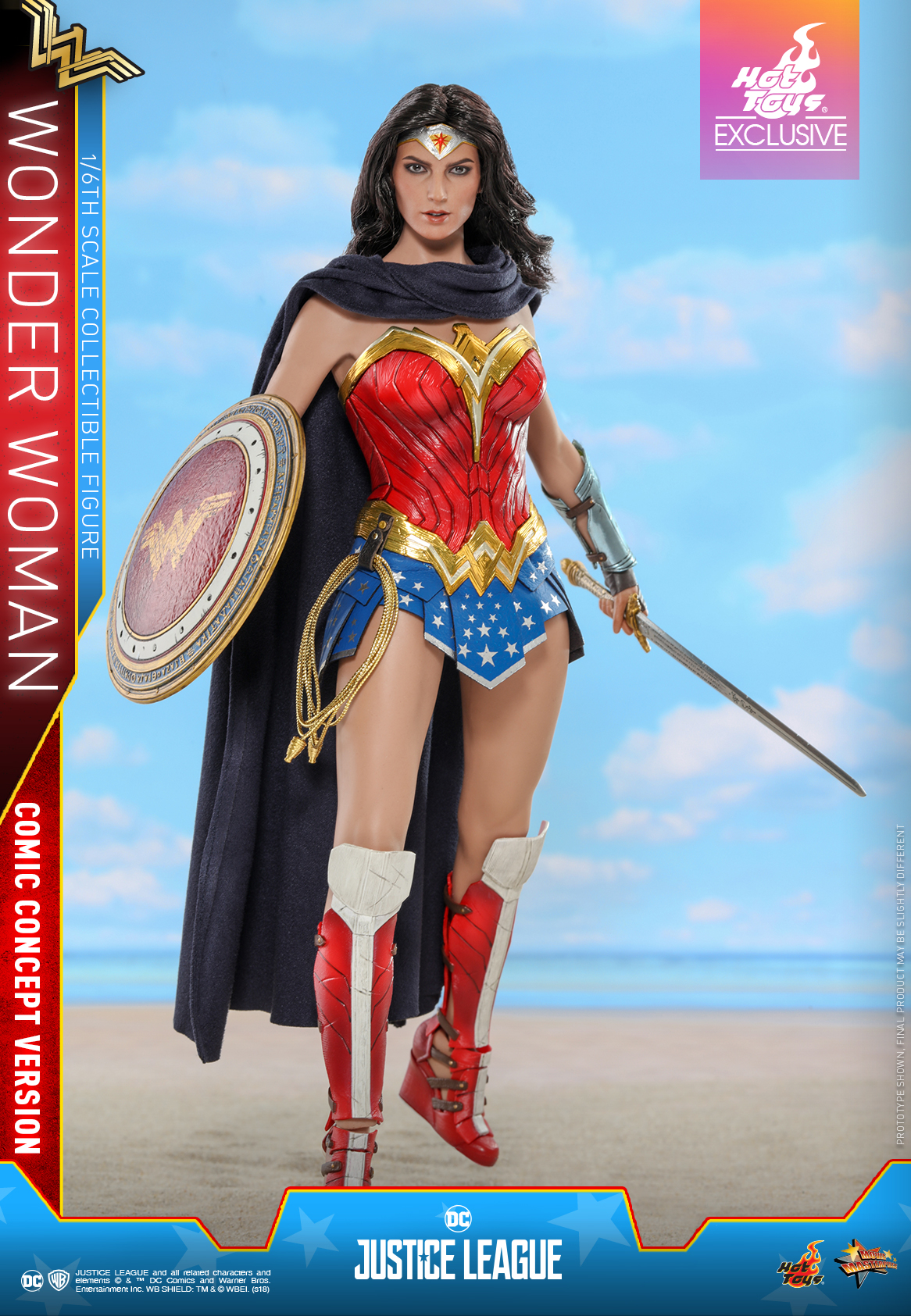