The October 2017 Loot Crate theme encompasses all things Mythical. But it wasn’t all unicorns and fairies in this crate. Loot Crate describes the October theme as the “things in this world beyond what science has explained”.

As with other boxes, the Crate can be turned into a theme-specific item. This month, it’s Thor’s Hammer. A little ripping and folding and you get a cardboard weapon that you can use to smack around flies.

This month’s pin features the art of Gabriel Silveira. It’s his take on Dracula. I must say, I had to do a double take to make sure I was looking at this pin with the correct side up.

Every month, we get to add another t-shirt to our burgeoning collection of pop culture related tees. October 2017 was from one of the most iconic sci-fi films of the 1980’s – Ghostbusters. A little different from your traditional Ghostbusters logo, this version features blue and pink pastels with cheesy 80’s graphic embellishments.

Loot Crate included a collectible diorama depicting artist J Salavador’s take on the showdown between Eleven and the Demogorgon. (That’s from the Season 1 finale, so I’m not dropping any Season 2 spoilers) This is my first time seeing the SuperEmoScenes style. I’m digging it. I like seeing new designer toys lines hit that once bustling market.

This is one of those “I have no idea how to feel about this” figure. I’m not a huge fan of Thor or Loki. The design doesn’t do much for me. And the fact that it’s a diorama style piece means you have to display them in this action pose.

I think I need to read more. But I sort of go through phases where I want to read physical books and then others where I only want to read off of my Kindle. If I’m doing the Kindle thing…this won’t be very useful. But if I’m reading a physical book and ever have to defend myself? I will want this… 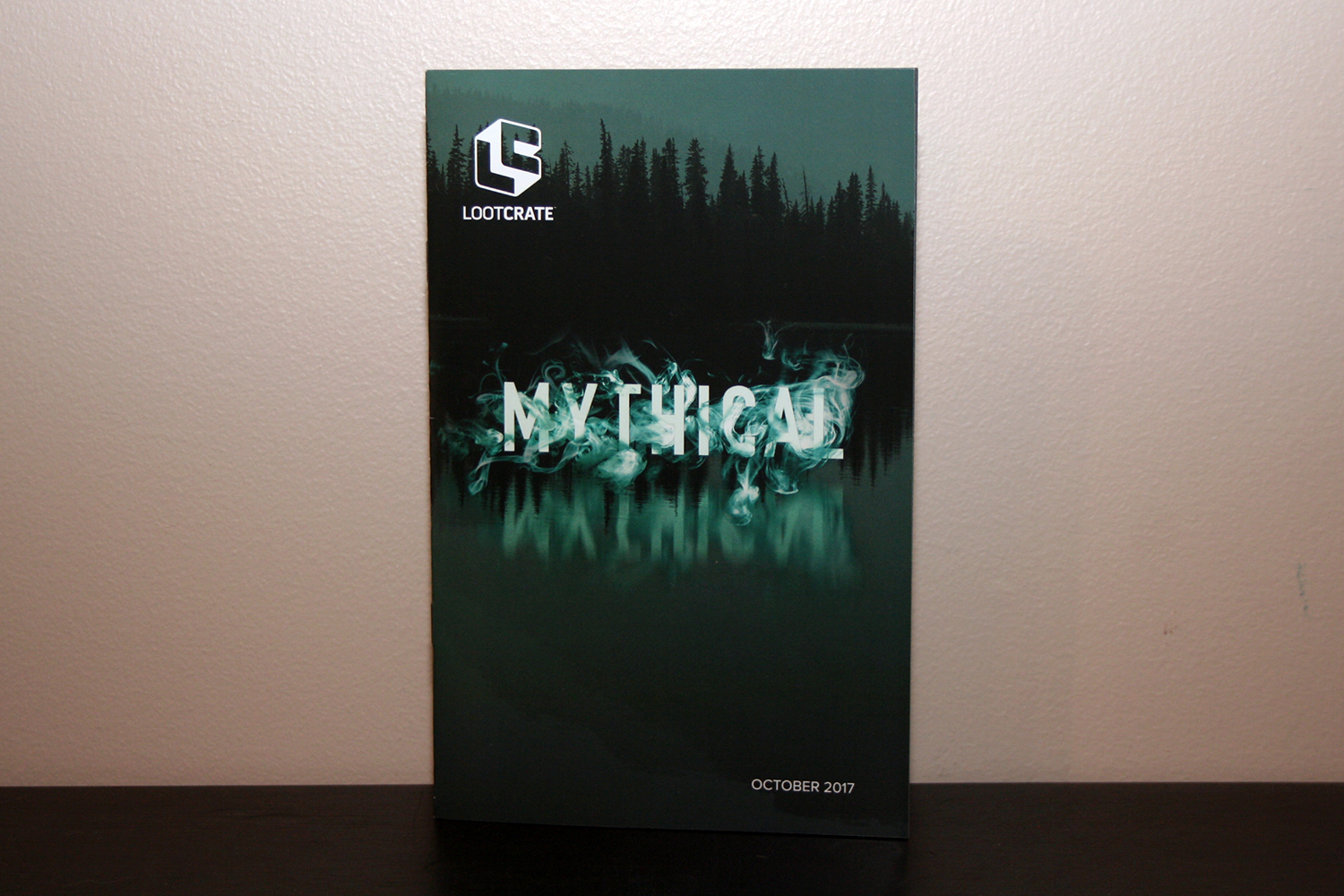 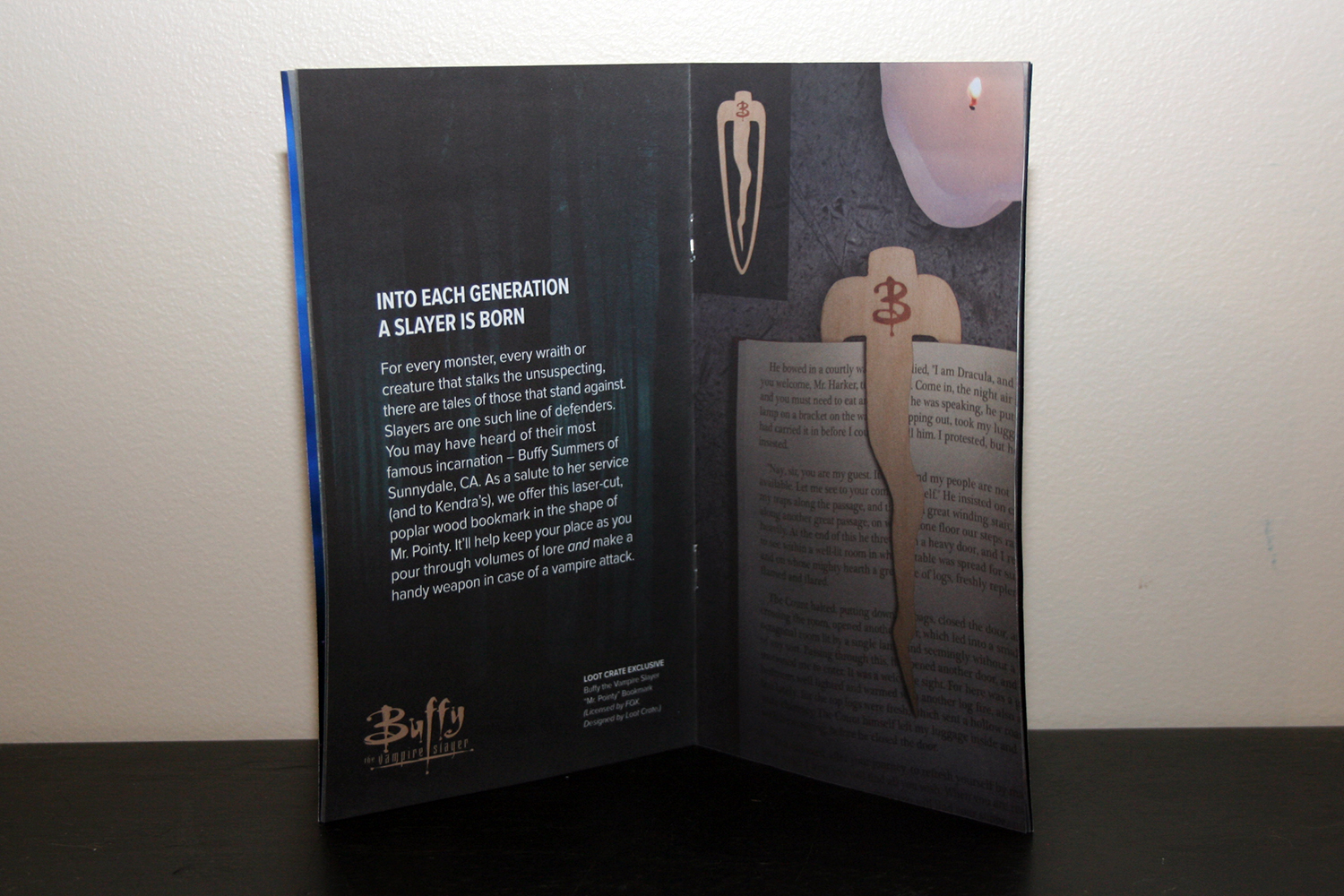 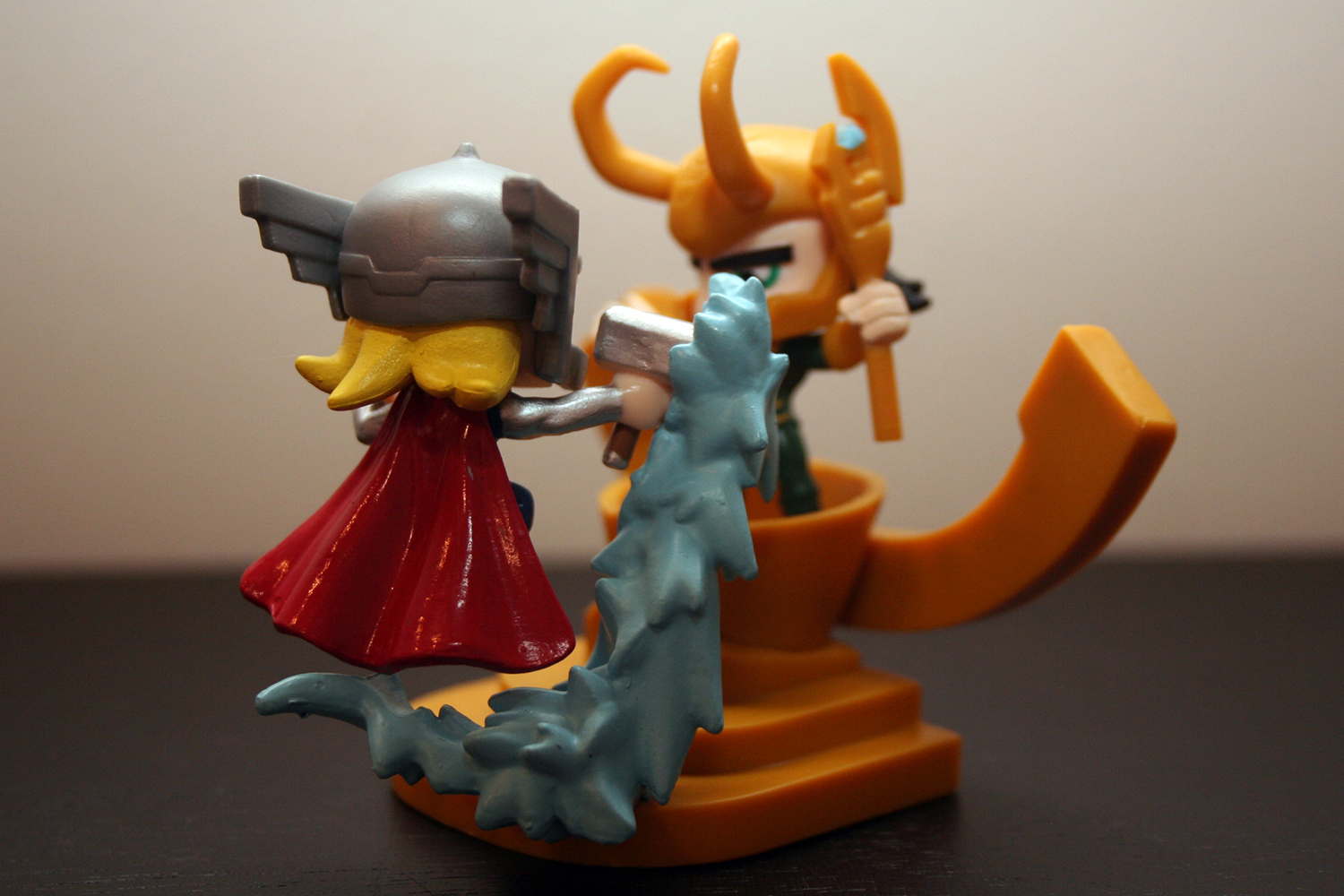 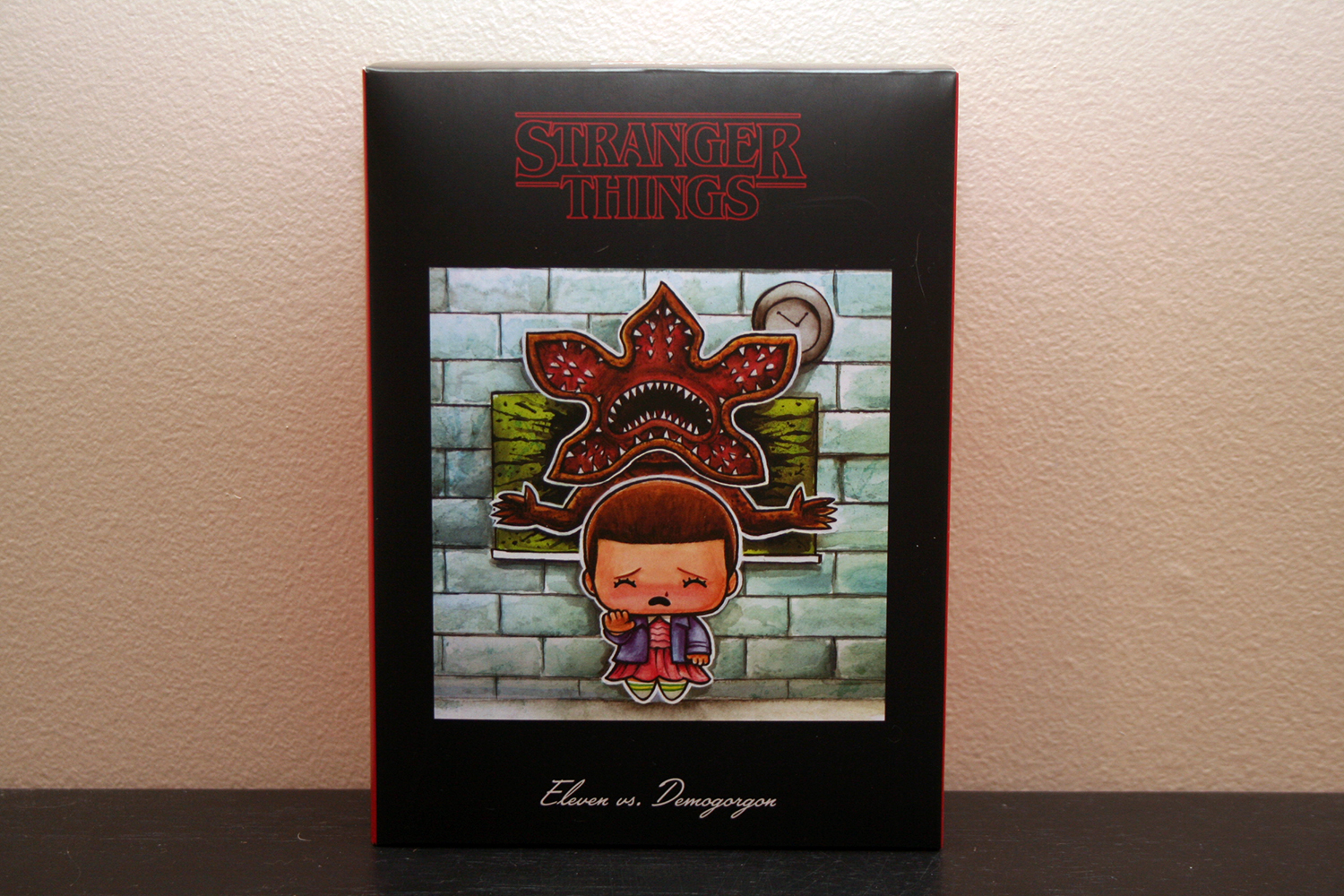 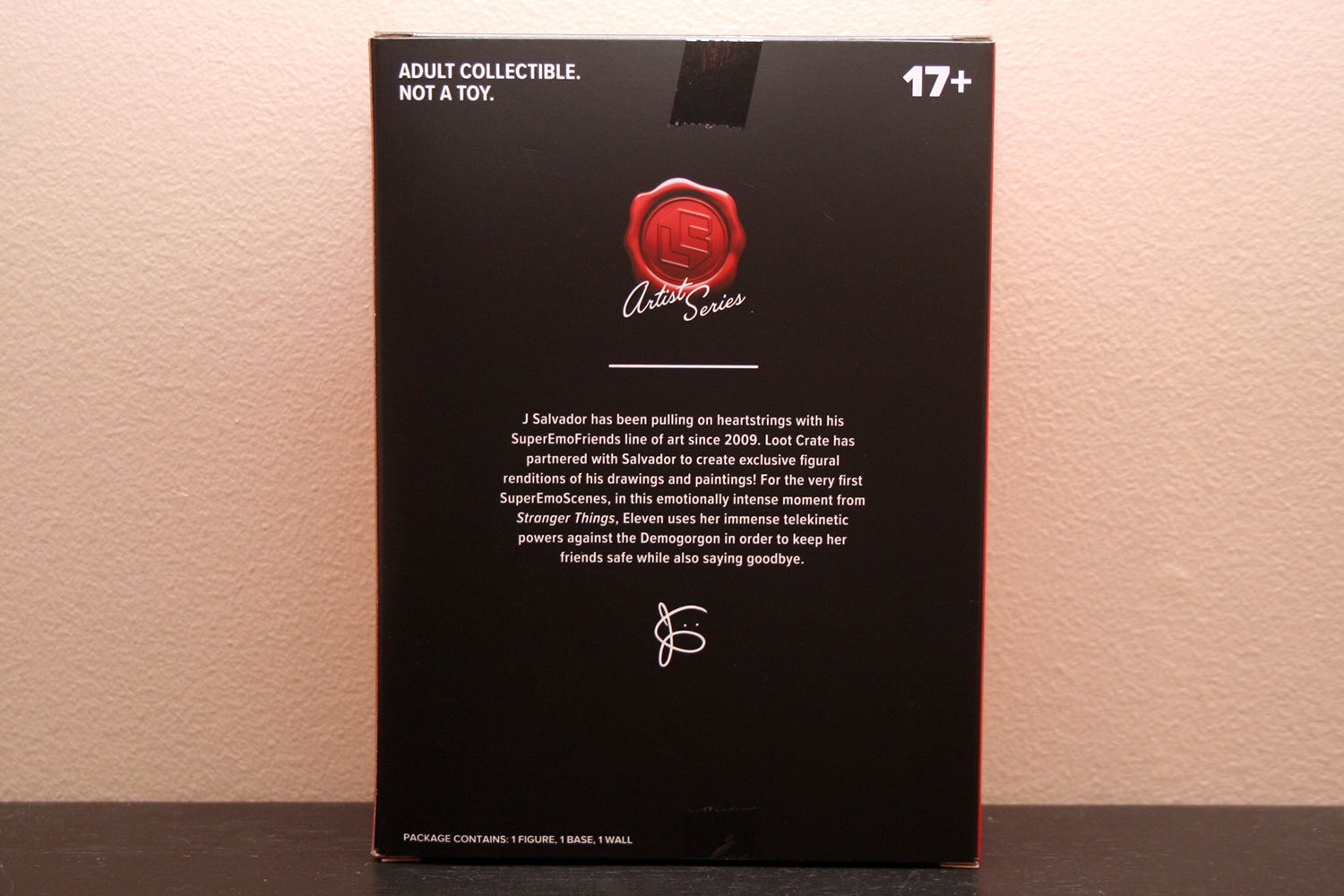 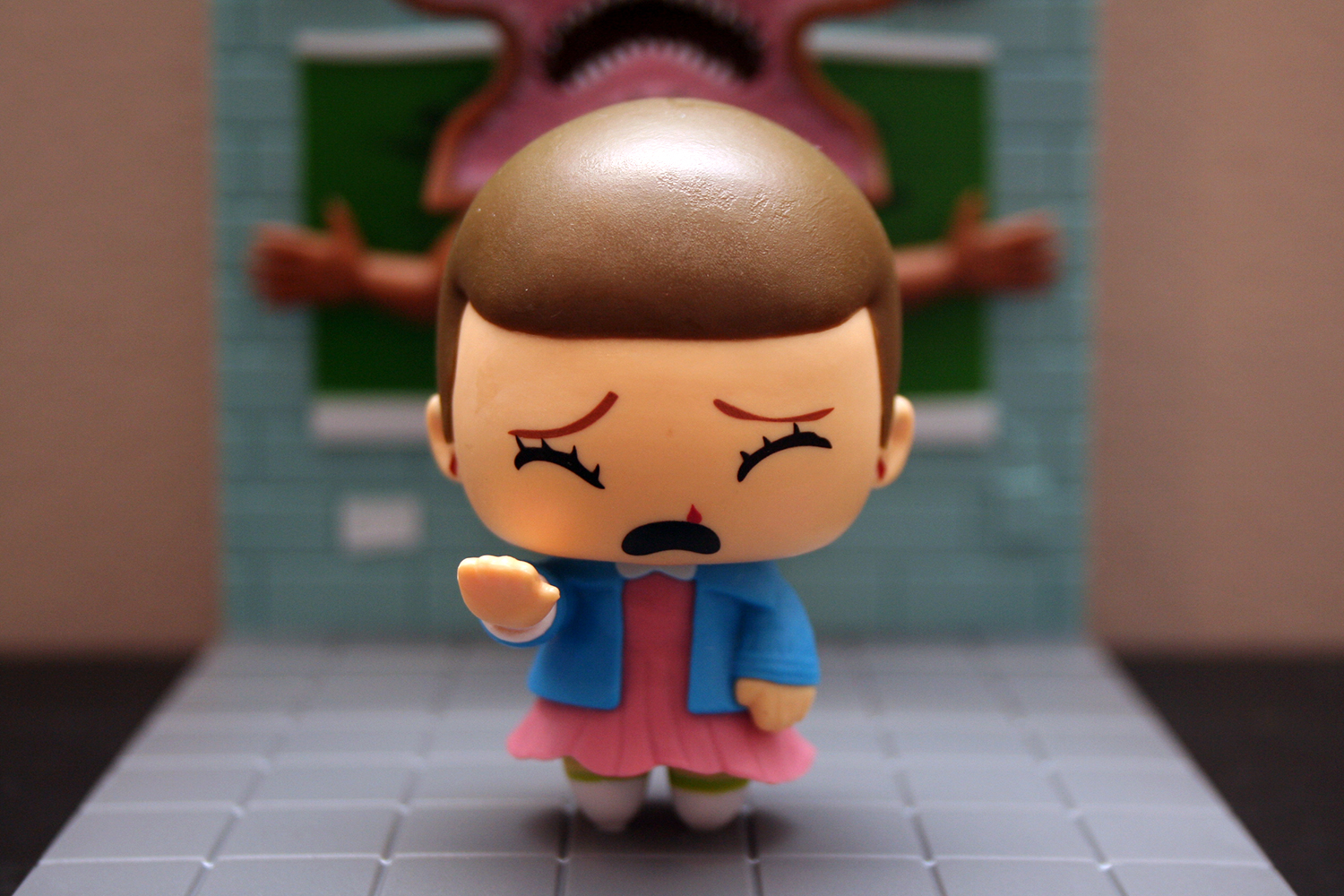 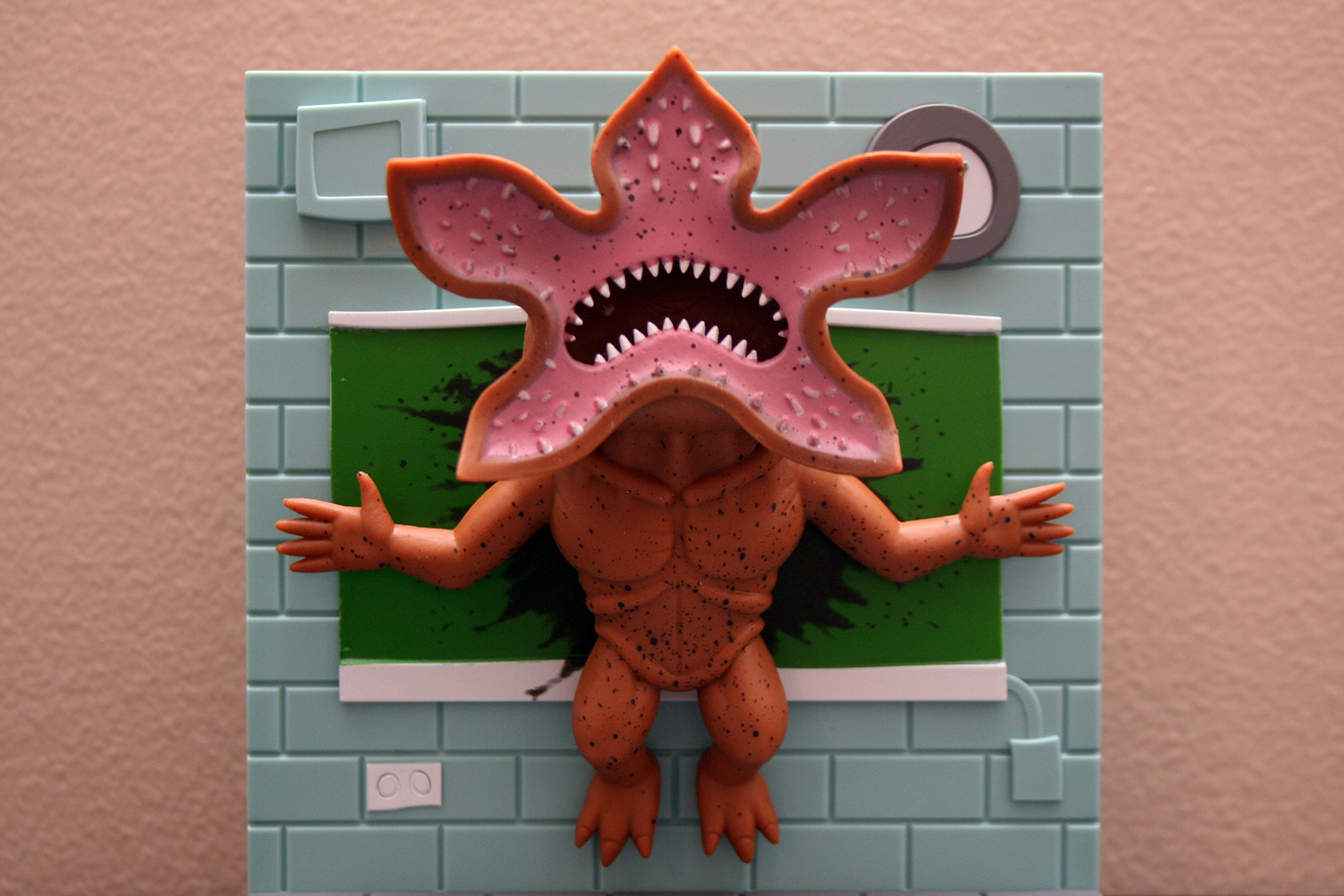