If you've never seen the 1978 Star Wars Holiday Special television film, and you consider yourself a Star Wars fan, you need to go grab a bootleg copy of it. Where else will you see Bea Arthur as a singing bartender working in the Mos Eisley Cantina? But one of the most overlooked aspects of the special (no, not meeting Chewbacca's family) is that Boba Fett made his debut in an animated short that was featured during the variety show.

And while this version of Boba Fett is often talked about, it's not until now that Hot Toys has announced the 1/6th scale Boba Fett (Animation Version) collectible figure. Featuring Boba Fett’s classic look from the Star Wars Holiday Special animation, the highly accurate 1/6th scale Boba Fett (Animation Version) figure is specially equipped with blue and yellow colored Mandolorian armor, a twin-pronged electropole, a blaster pistol and his iconic jetpack on his back.

Sideshow Collectibles is currently taking pre-orders for the Boba Fett figure. It's priced at $235.00 and expected to begin shipping in Q2 of 2018...or I guess in time for your 2018 Star Wars Holiday Special viewing. 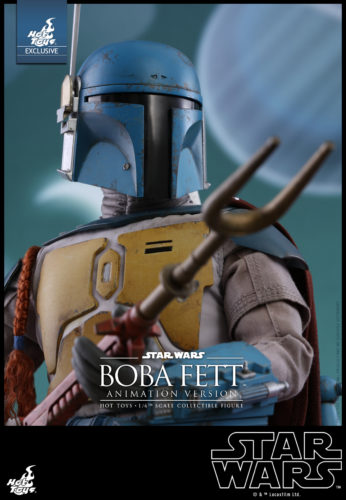 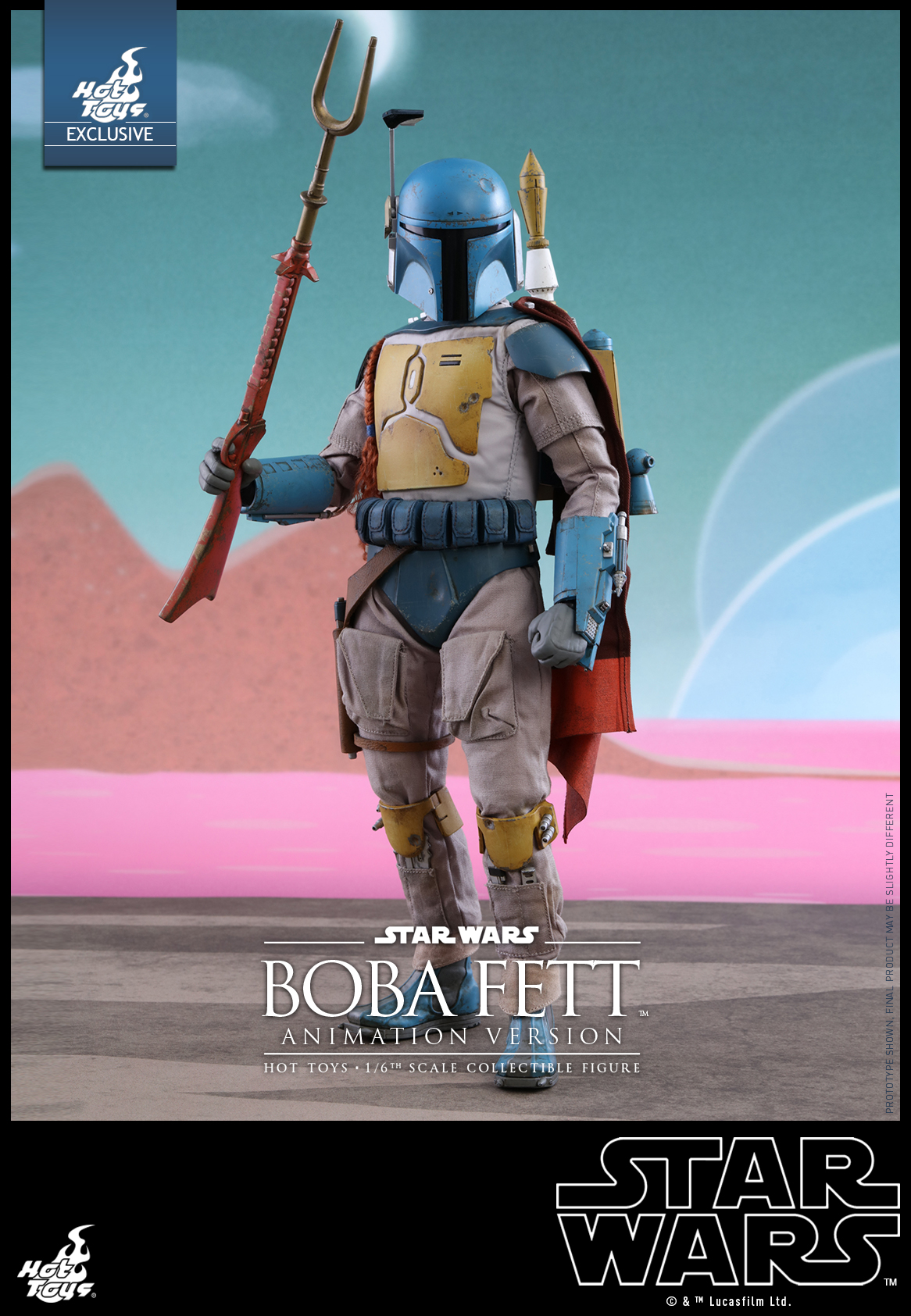 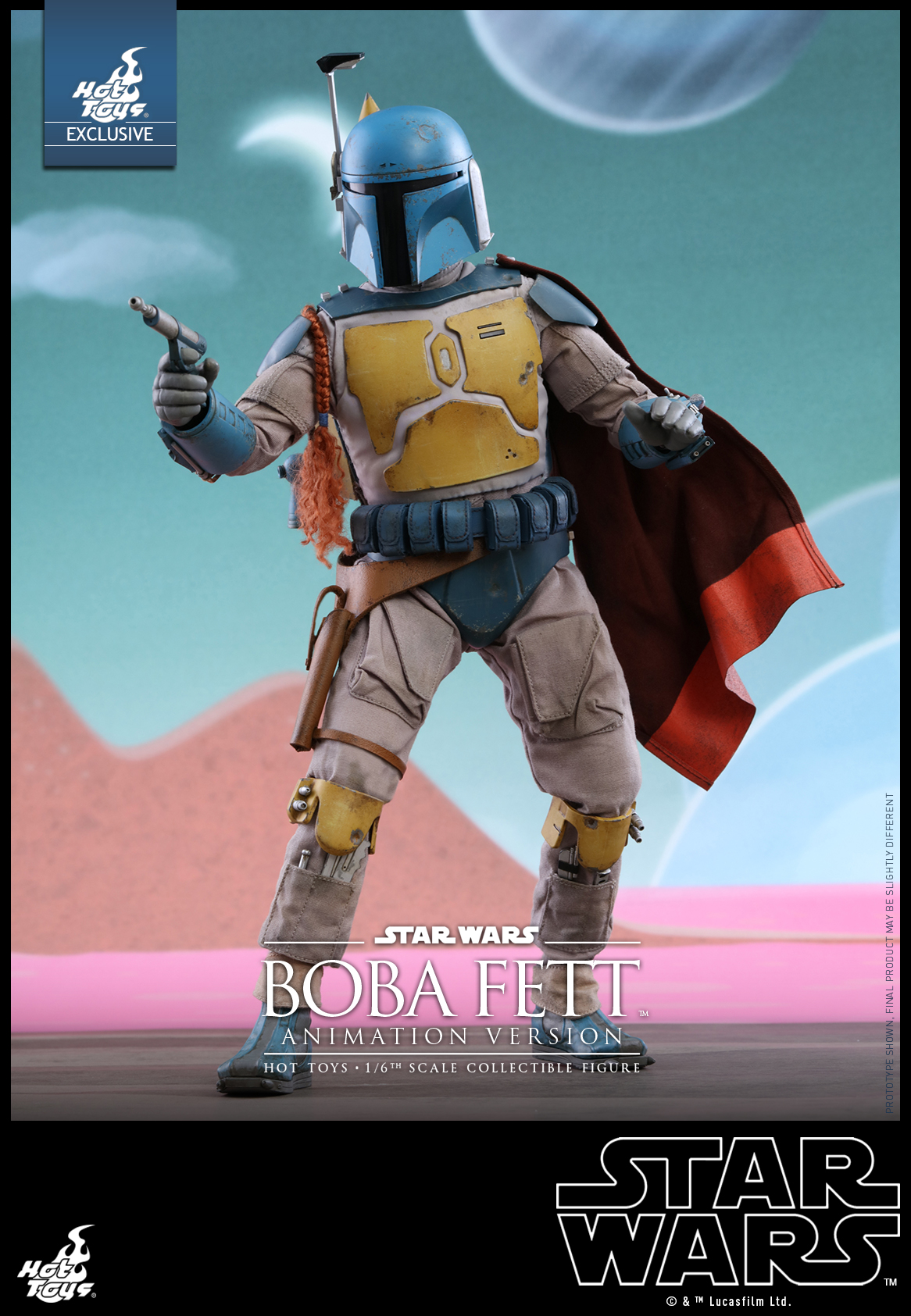 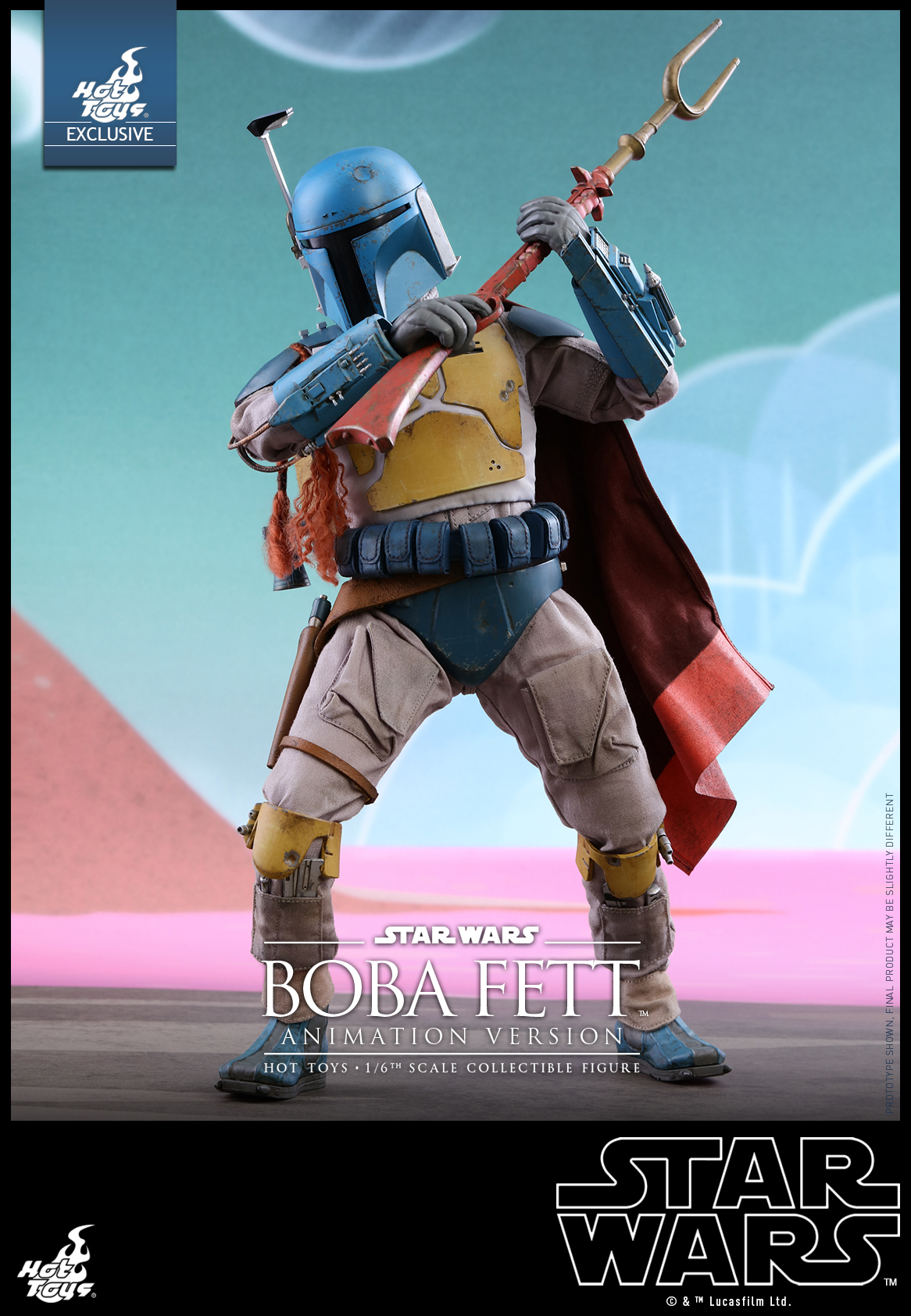