The 2017-18 NBA regular season opens in a little over a month. And if you’re not able to contain your excitement, you can always bide your time by putting together your own OYO fantasy squad. OYO Sports has 1.6-inch tall minifigures from all 30 National Basketball Association teams.

Thanks to the folks from OYO, we’re going to taking a look at three OYO NBA figures – Anthony Davis (New Orleans Pelicans), Victor Oladipo (Oklahoma City Thunder), and Steven Adams (Thunder). Of course, Oladipo has since been traded to the Pacers.

Each player includes a base with the team’s logo on it. There’s also a pair of red headphones, a grey water bottle, and the ever-important basketball. That basketball has a hole in it so that the OYO figure can realistically hold the rock.

As can be seen from the variety of players in this review, OYO has figures with both painted on hair as well as a separate sculpted piece. I prefer the sculpted piece, just because there’s a weird unpainted nub that sticks up from the center of the OYO’s cranium. And while they were able to get a realistic representation of Steven Adams’ ponytail, I sort of wish we could have seen a sculpted version of his iconic mane.

I was surprised that they were able to achieve such a recognizable look with Davis and Adams. Davis has his signature unibrow and a goatee, while Adams is rocking the ‘stache and stubble he’s been known for. But minifigures aren’t often thought to have realistic likenesses of individuals. Some of the more recognizable players definitely have similarly recognizable OYO heads.

We’ve featured several OYO lines in reviews on the site, including the NFL, NBA, and MLB series. And while I still think the football figures are my favorite, OYO’s NBA collectibles are right up there. You can put them in action poses (even though I didn’t do that in my photos) and the basketball is a perfect accessory for these guys. 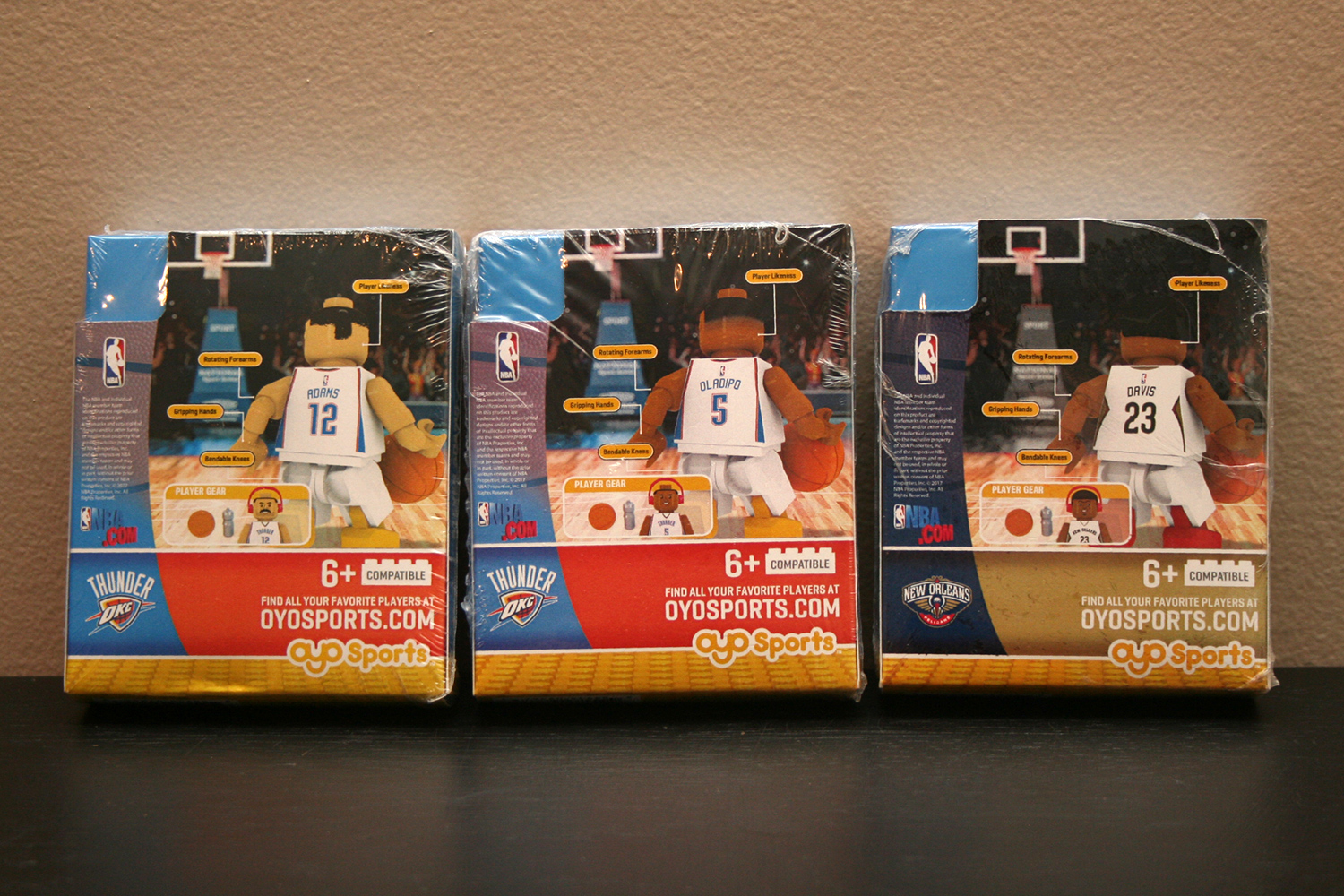 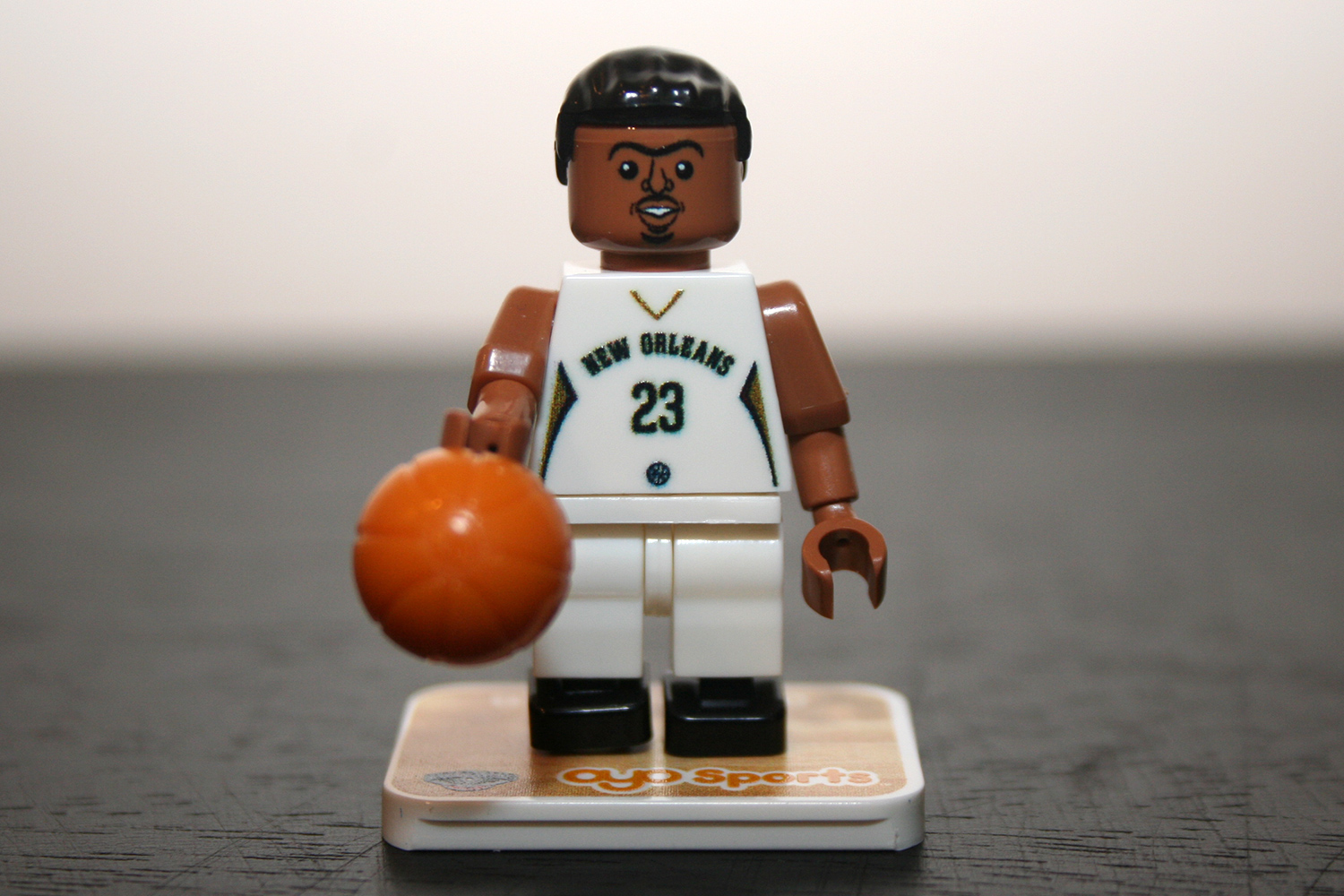 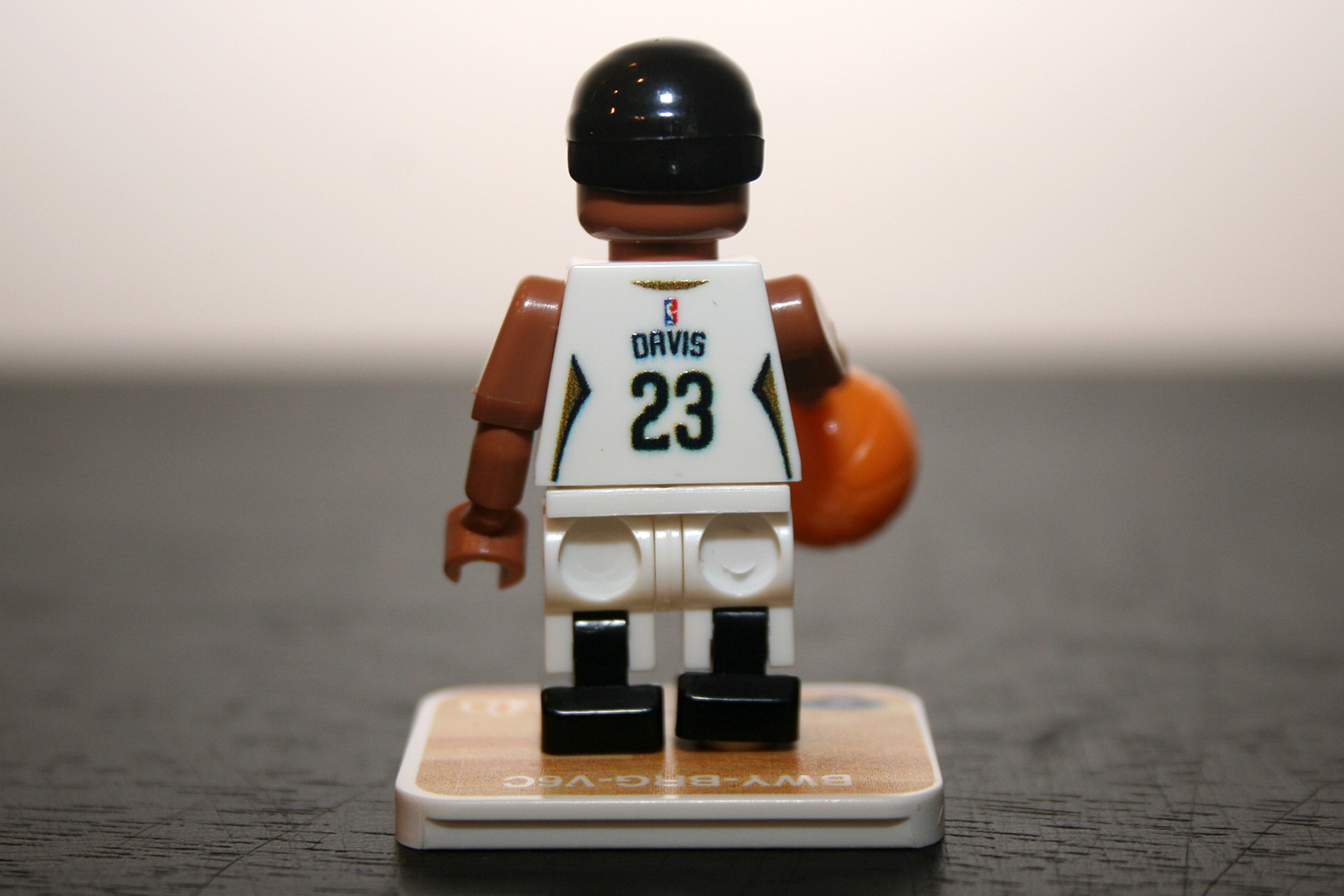 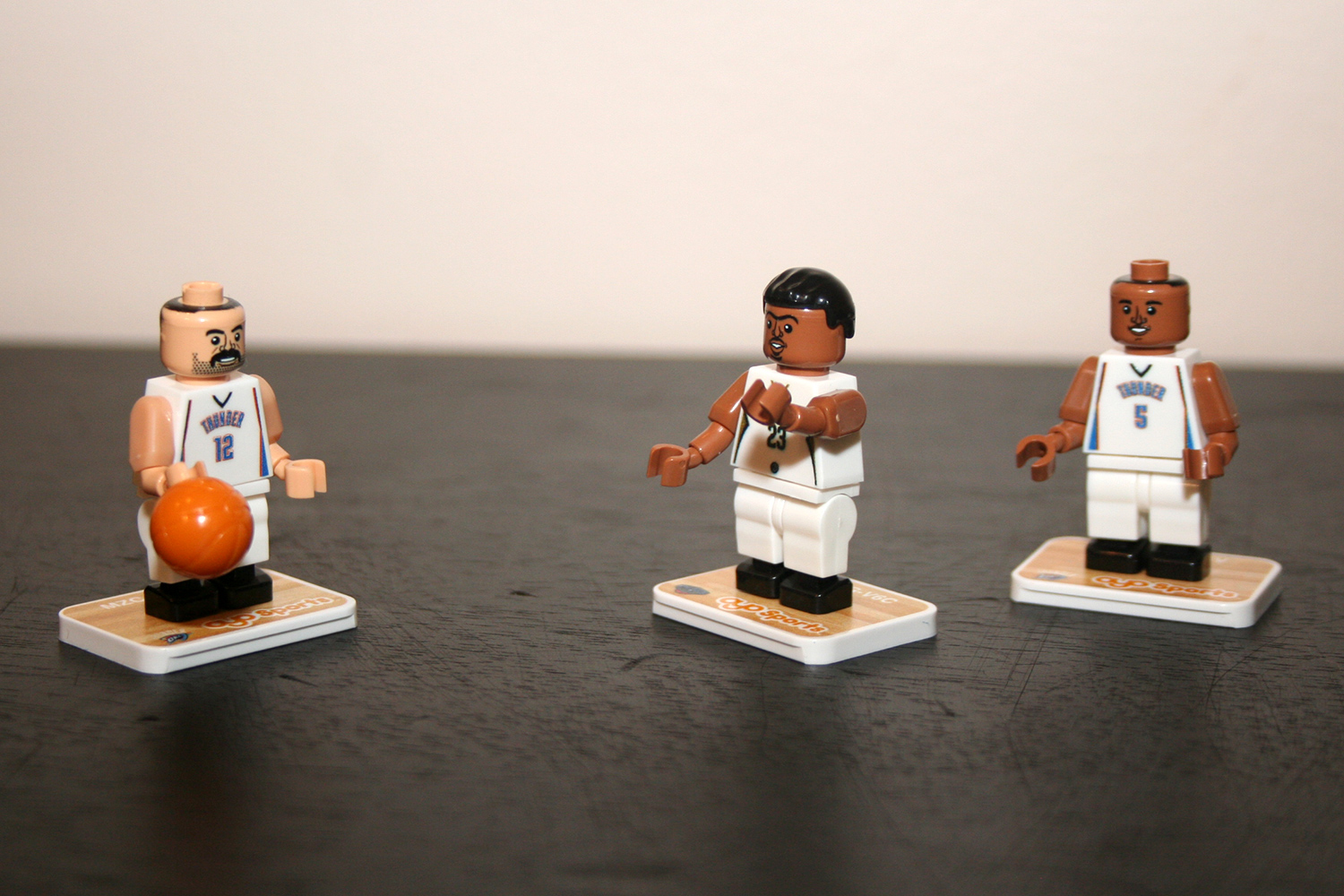 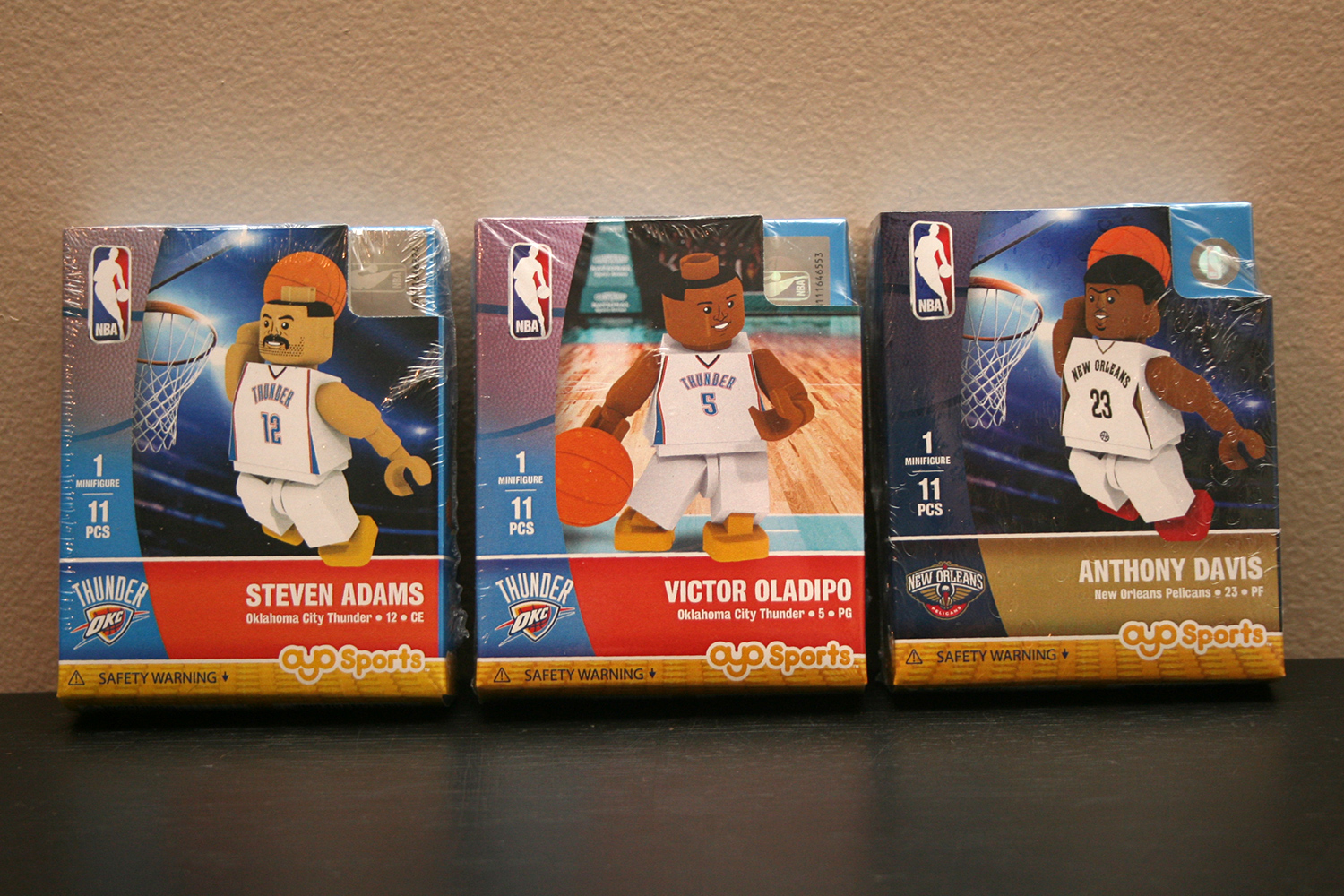 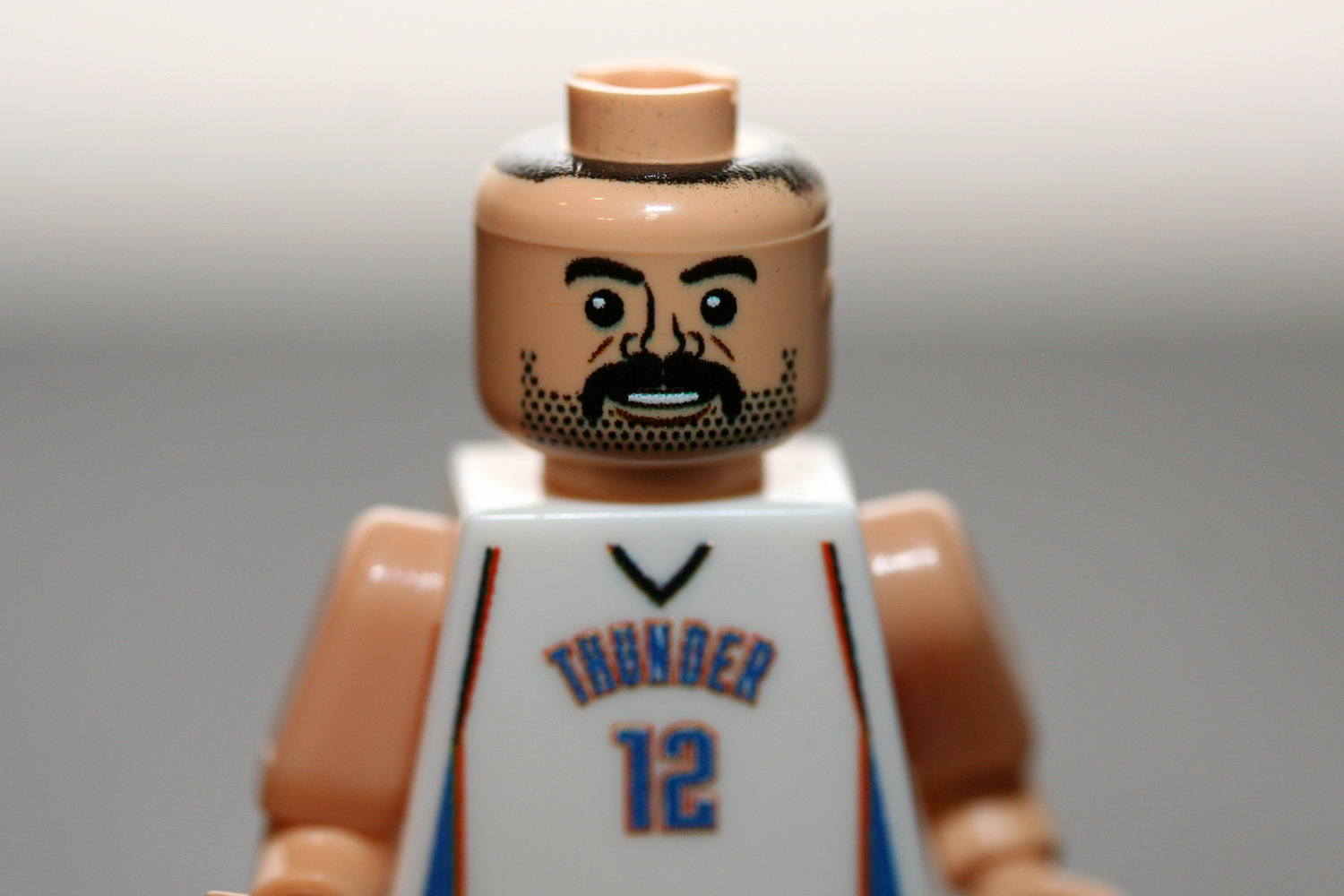 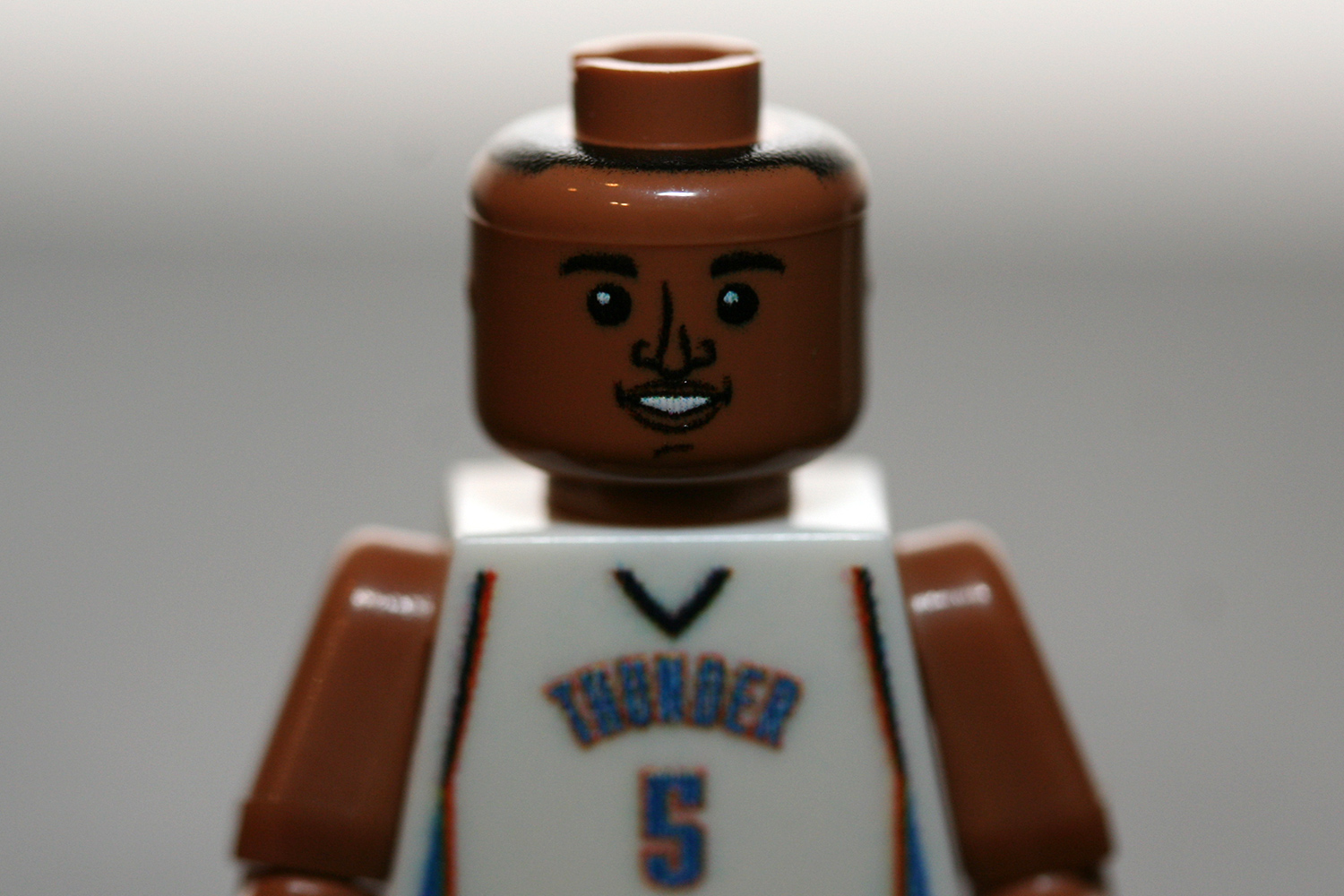 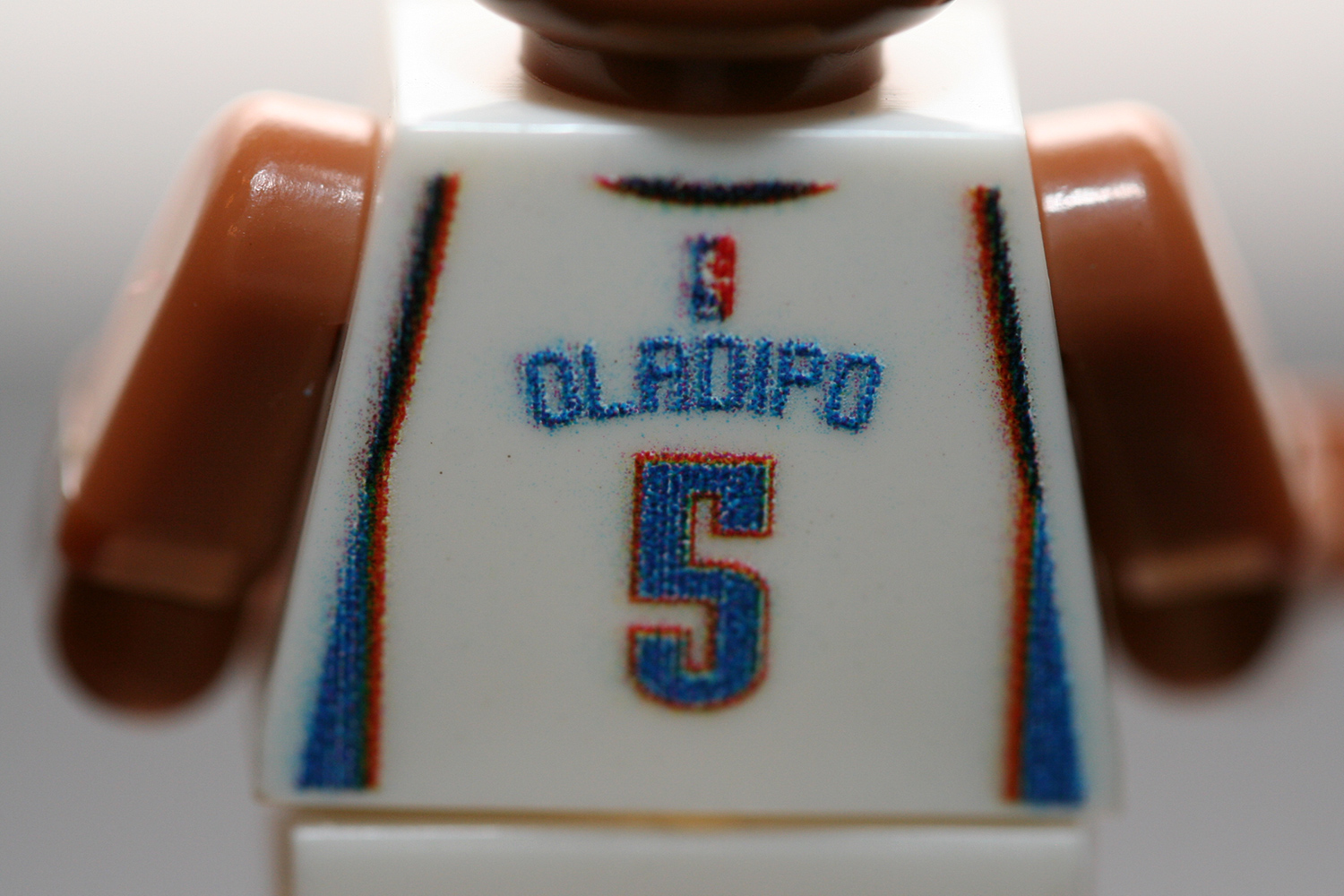 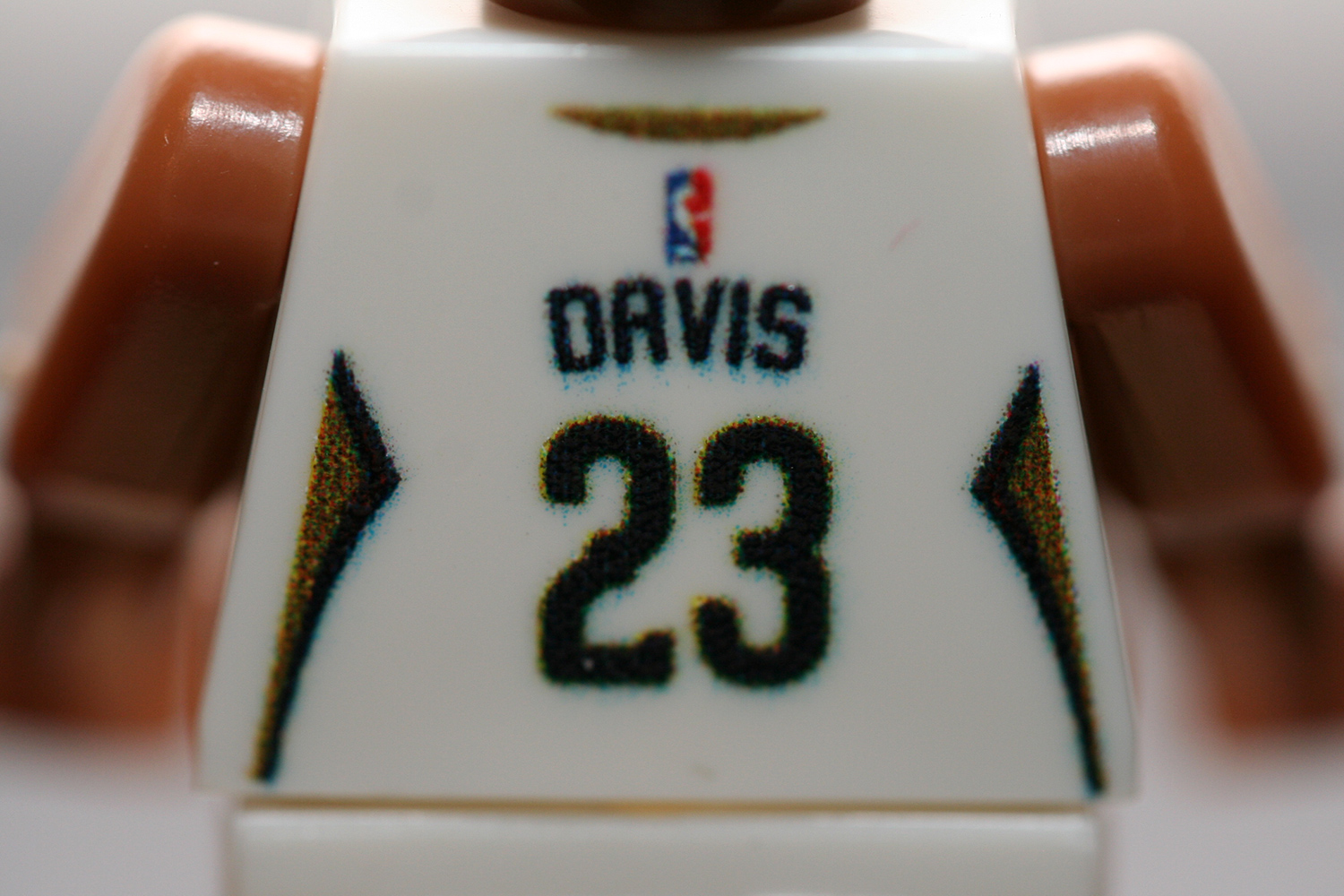 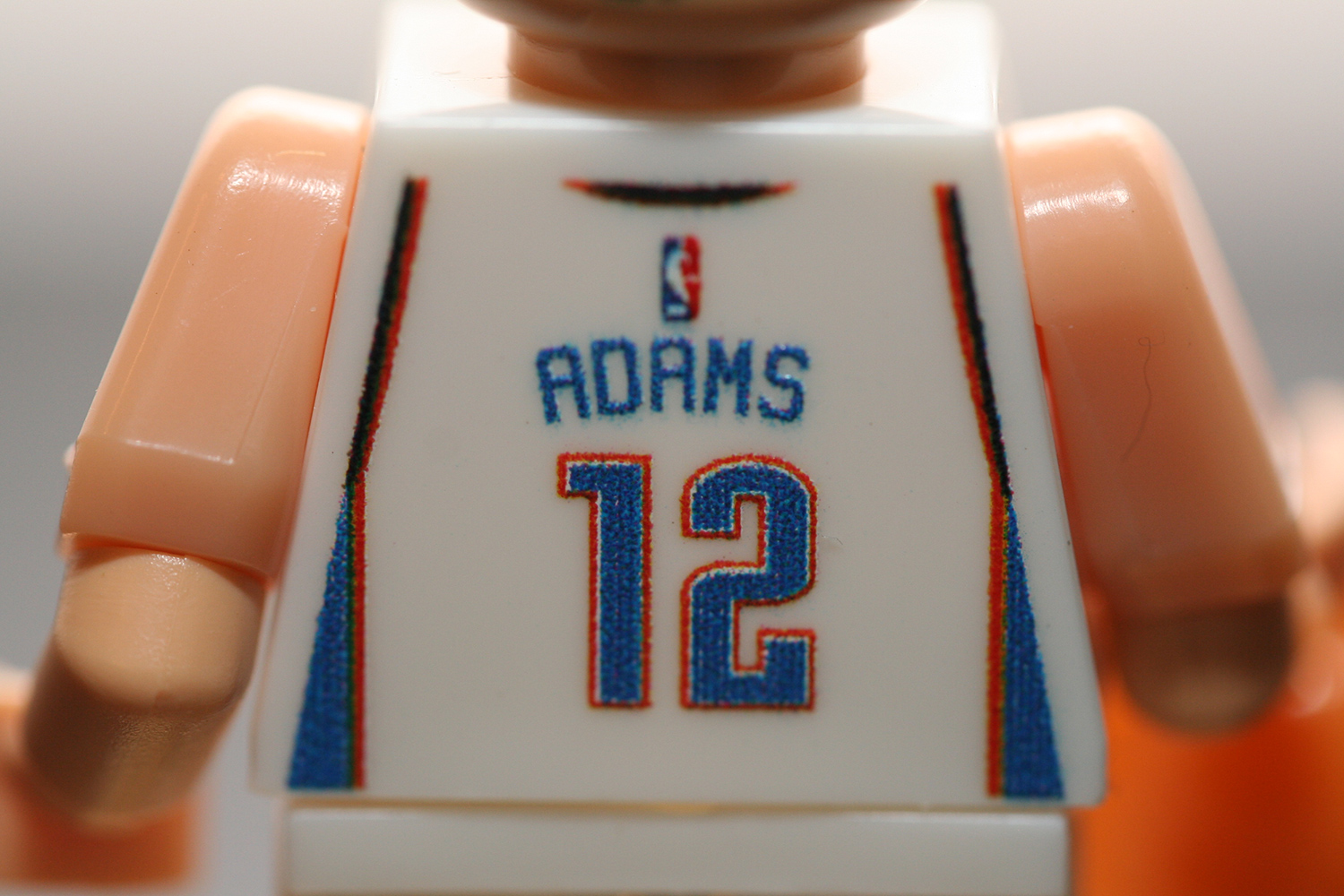