OYO Sports has released their 2017 line of NFL minifigures and buildables. And they were nice enough to send us a pair of Carolina Panthers players as well as an All-Terrain Vehicle with their mascot (yes, his name is Sir Purr).

I actually own some of what might just be the first generation NFL OYO figures (they’re from 2014), and the company has made several advancements, specifically in the players’ facial features and the overall sturdiness of the figures. OYO Sports has figures and buildable sets for all 32 NFL teams. They also have a handful of those players available in their college uniforms. And there are some alternate jerseys and classic players (I need a Buffalo Bills Doug Flutie).

For this review, we were sent the two most recognizable Carolina Panthers – Cam Newton and Luke Kuechly. Each figure is wearing his black jersey and includes a helmet, headphones, football, and a personalized stand. The stand has the team image as well as the players’ number on it.

As far at the All-Terrain Vehicle with Sir Purr, if you’ve ever followed LEGO instructions, these are very similar. It was easy to put together, and the final vehicle allowed you to choose from a number of different sticker decorating options. Plus, it came with the Panthers mascot – Sir Purr. Of course, I haven’t seen the vehicle since these photos were taken, as one of my children stole it…so it’s likely broken apart and underneath a bed somewhere.

The NFL series is one of my favorite OYO Sports lines because the minifigures just work in this scale. You can get some natural poses with that extra knee joint in the leg. So both offensive and defensive players can be posed and displayed. And the figures just look sharp with their jersey and helmet. (I’m assuming

I’m much more bullish on the NFL figures than any of the mascots. I think it’s hard to convey a mascot, which often has weird appendages (nose, ears, beak, etc.) shooting out of its head, in a one-size-fits-all minifigure.

In addition to the figures, which retail for $9.99 each, and the ATV, OYO Sports carries a Team Locker Room Set, and Endzone Set, and a Gametime Field Set for every team.

You can pick them up at the following: 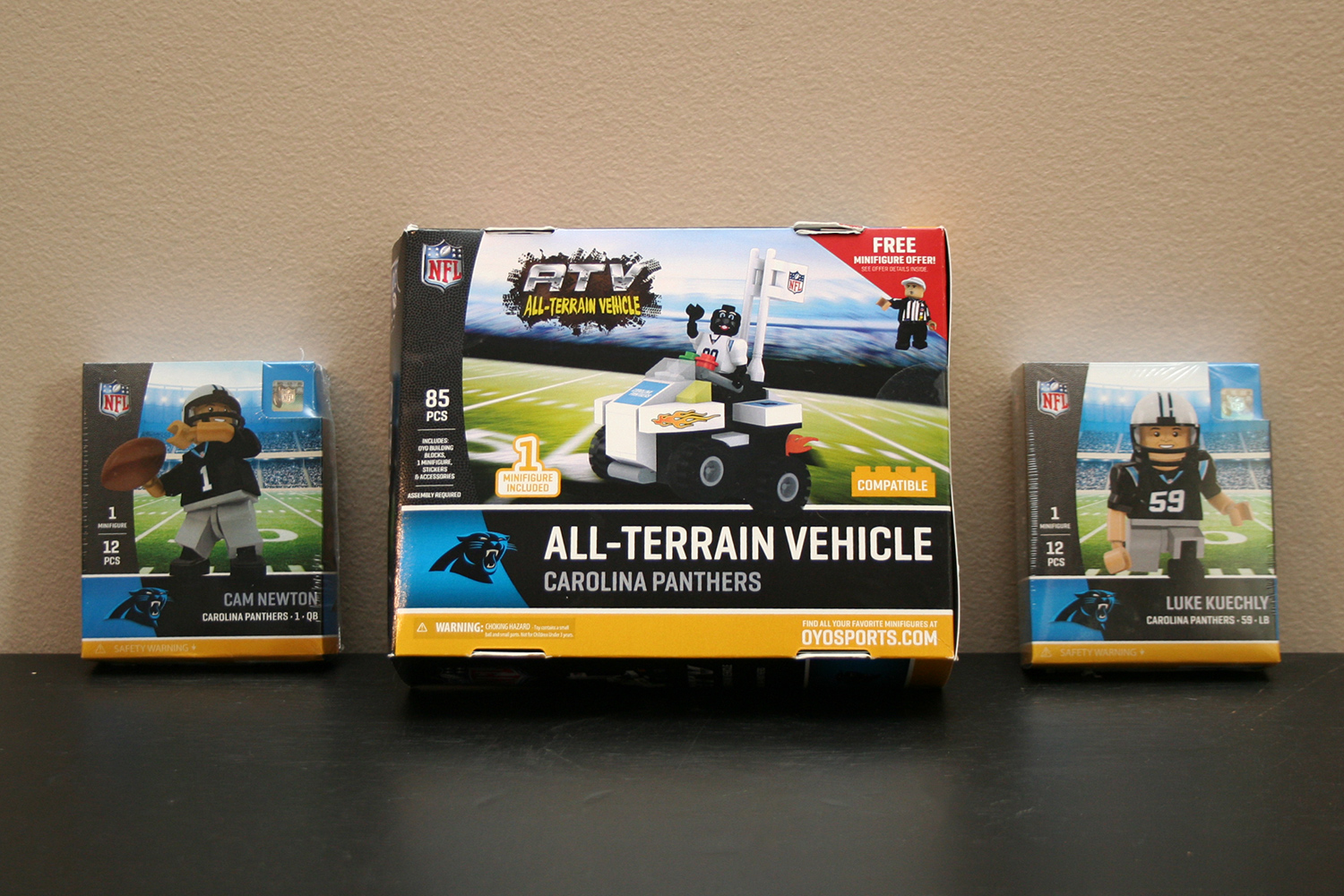 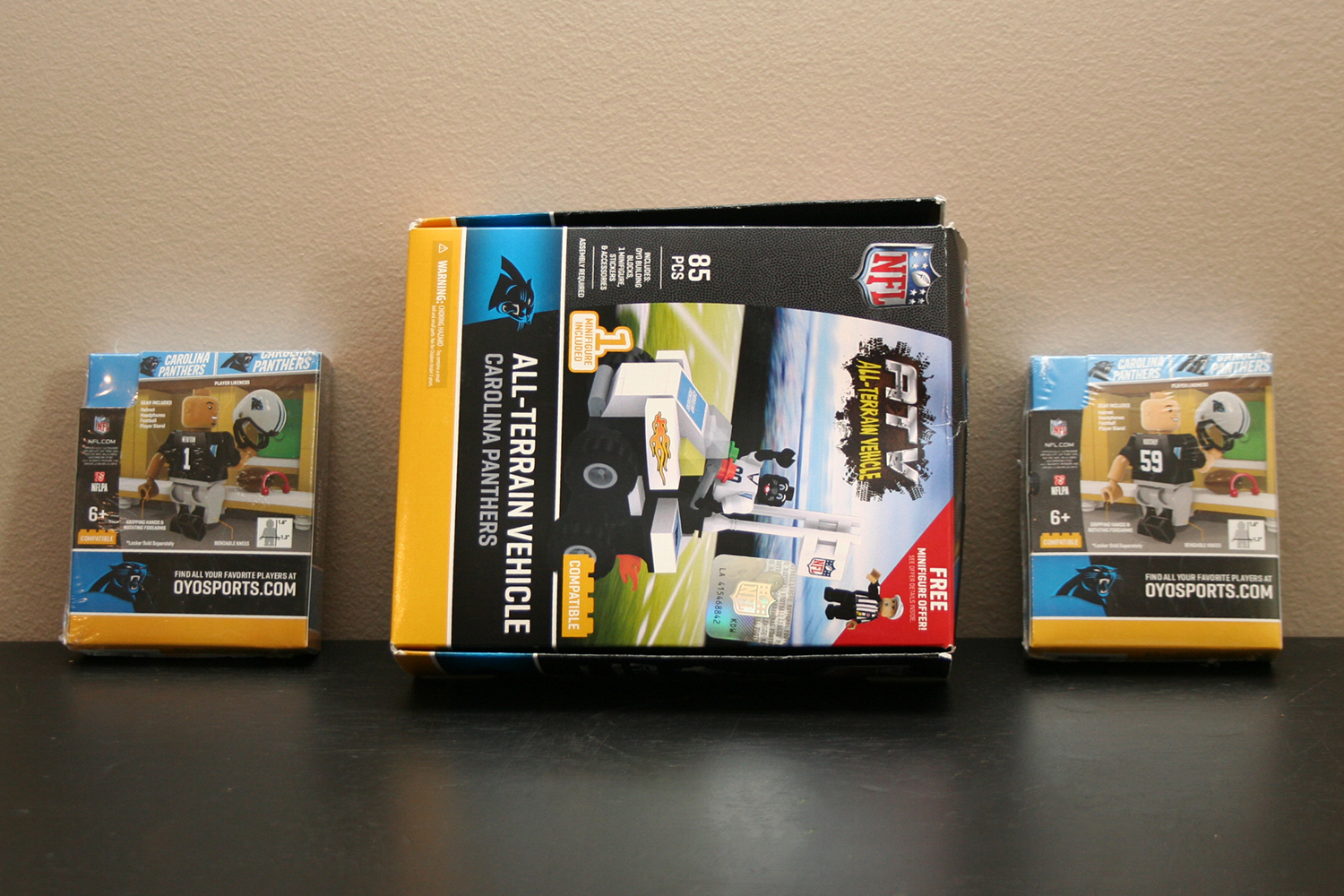 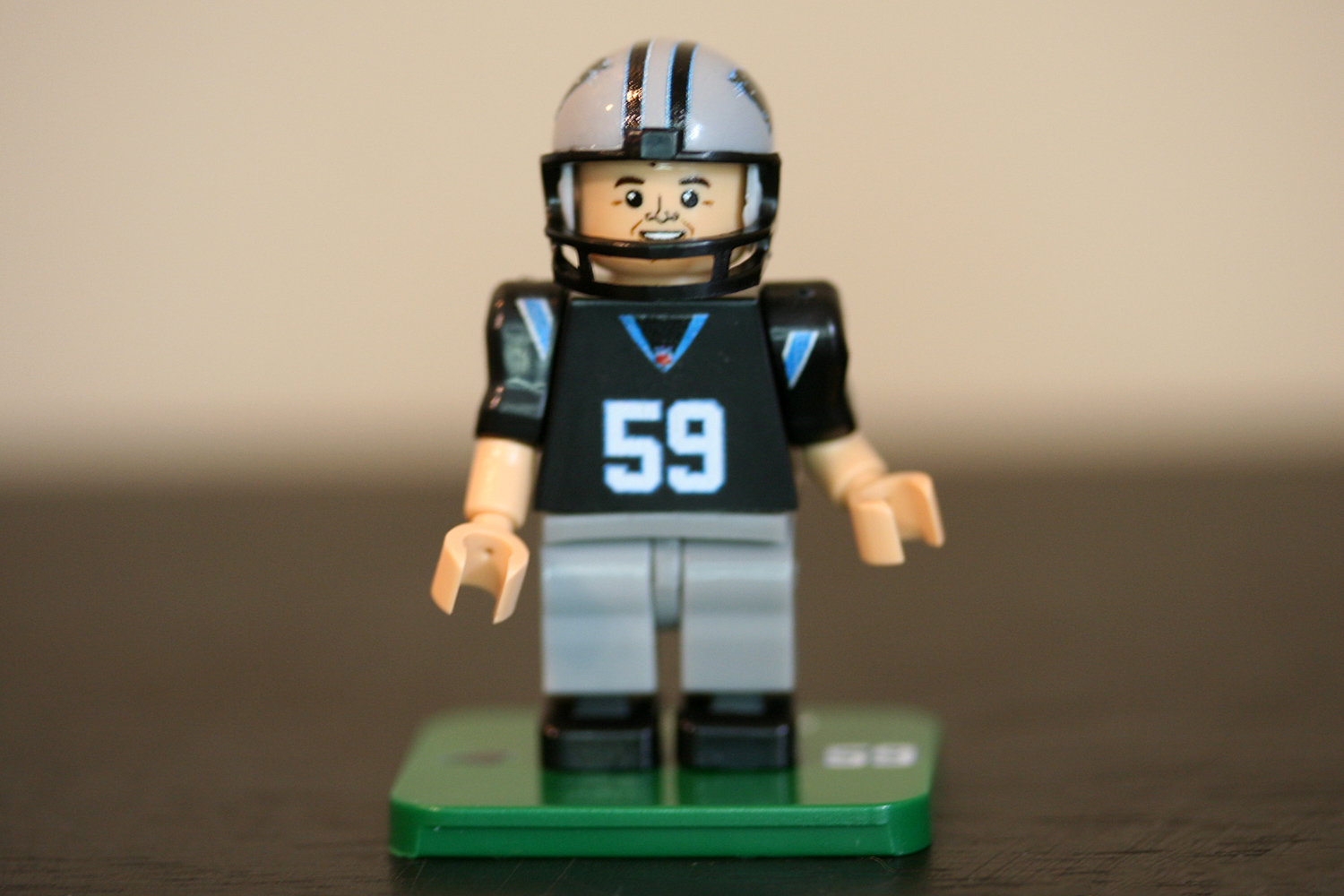 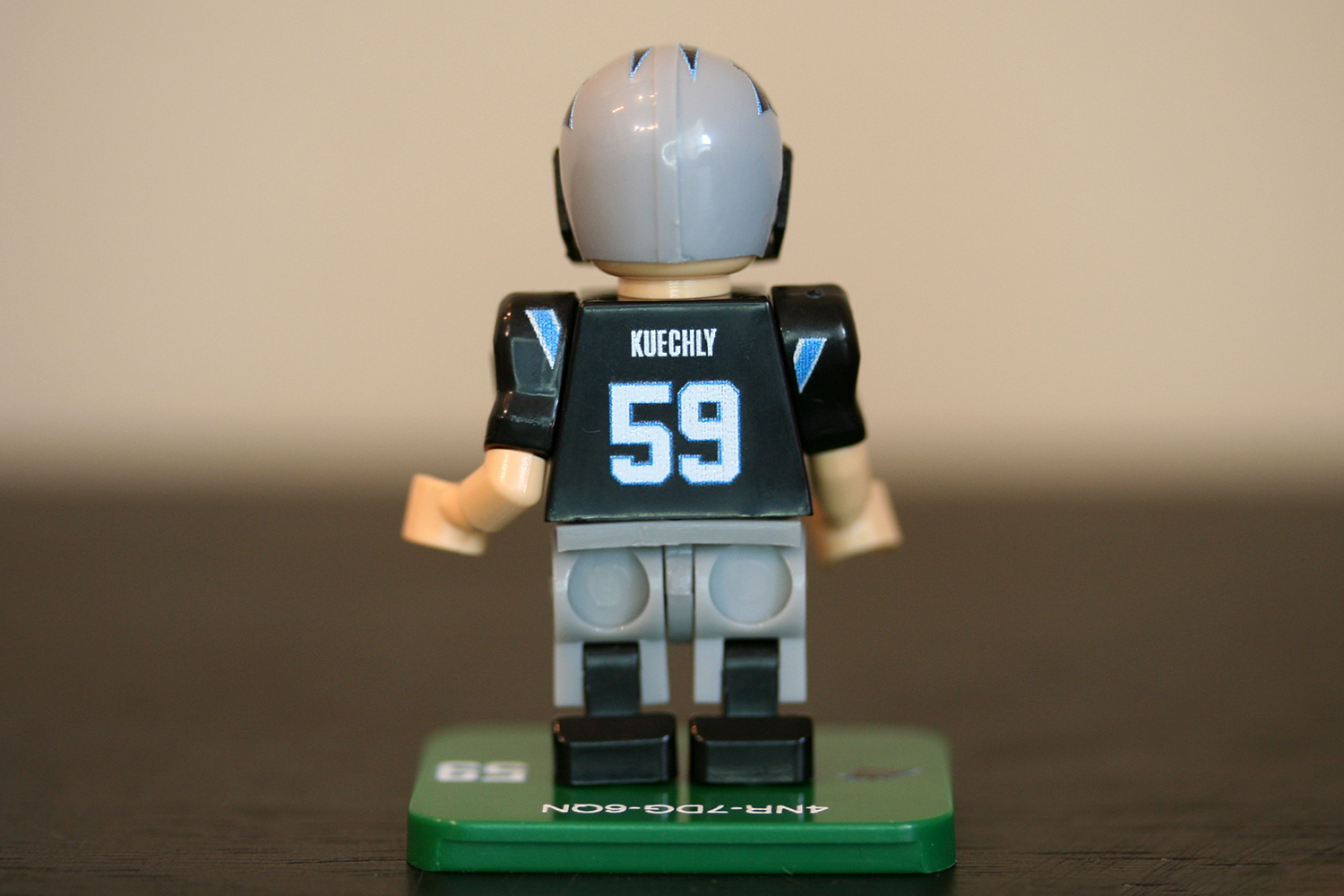 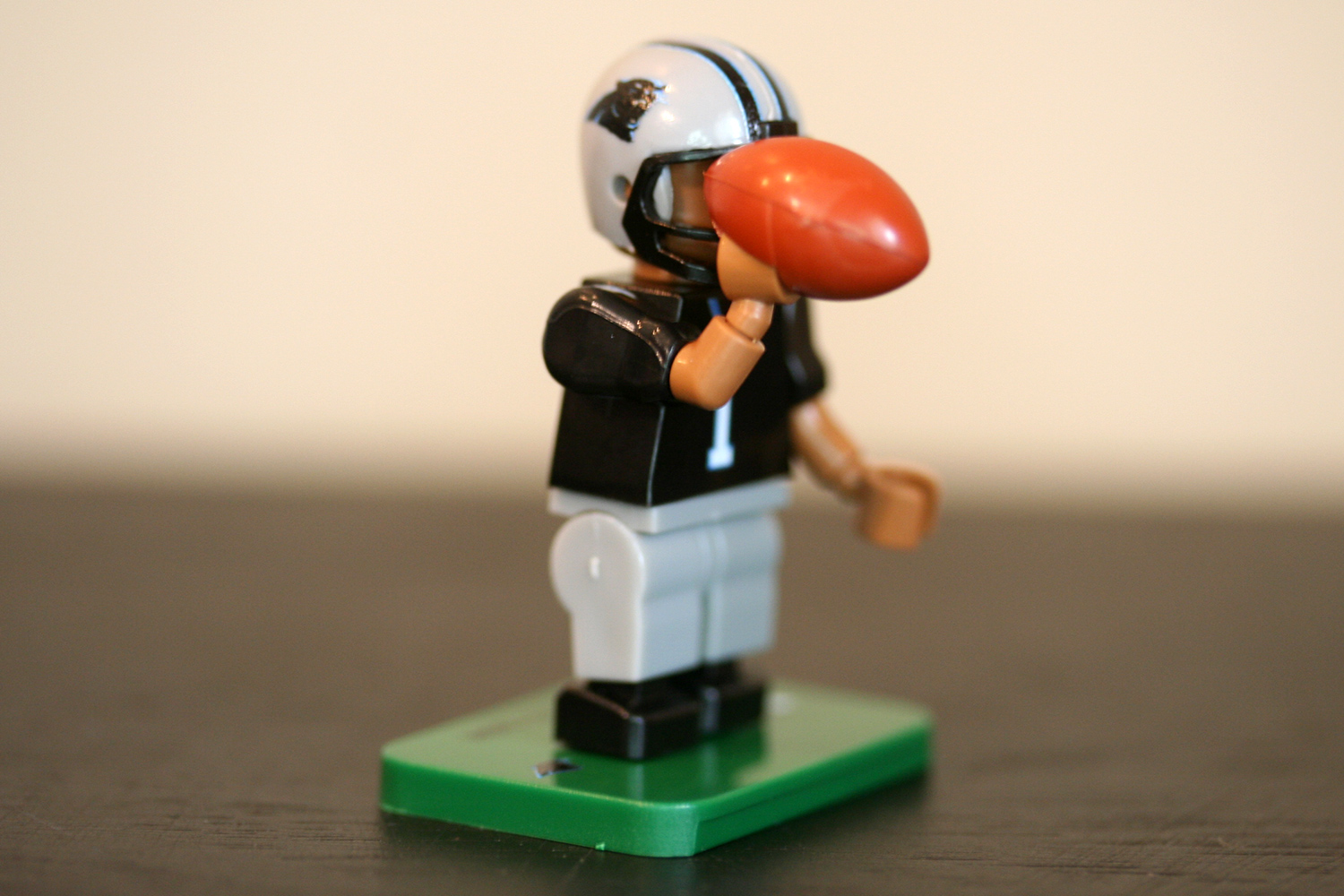 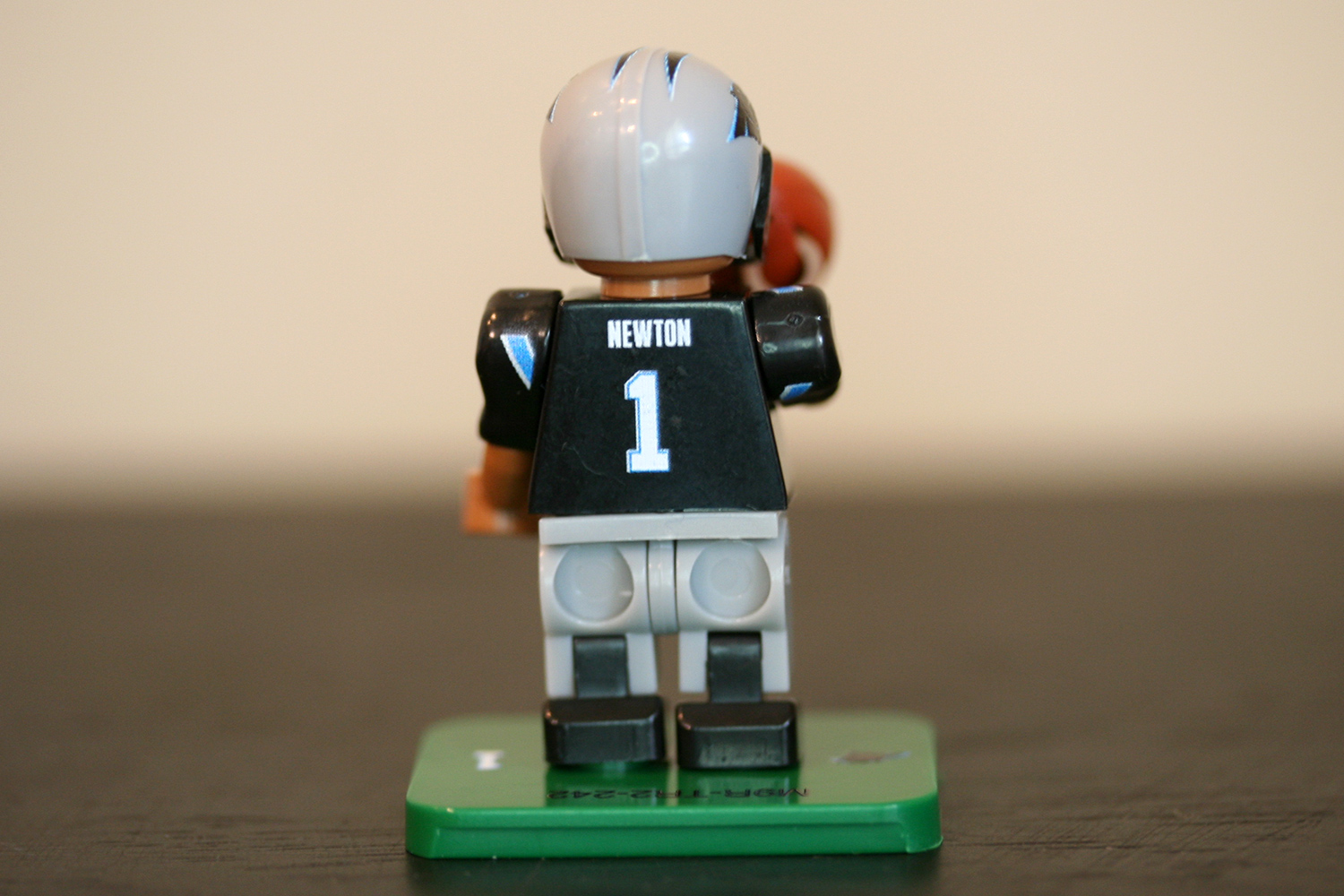 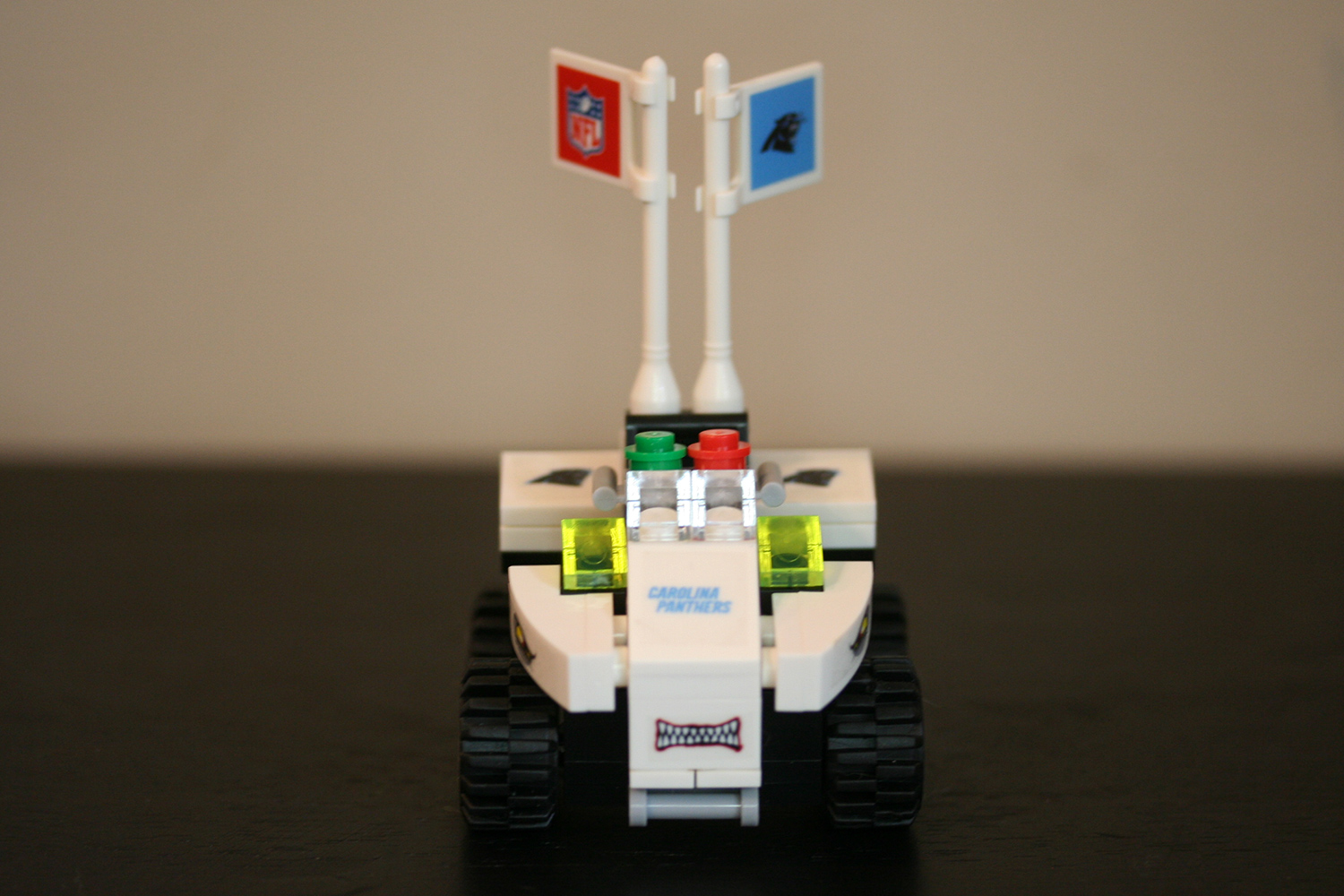 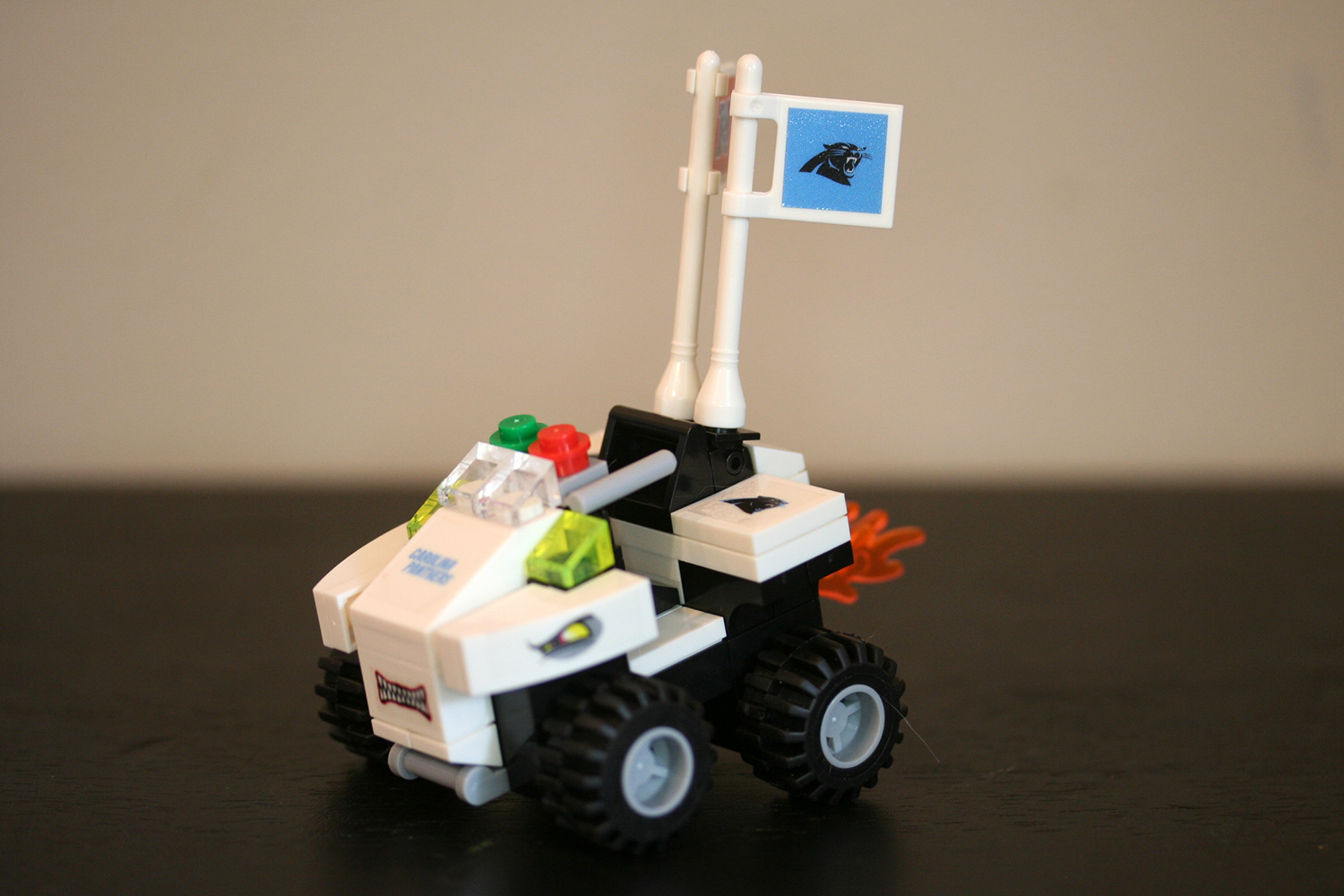 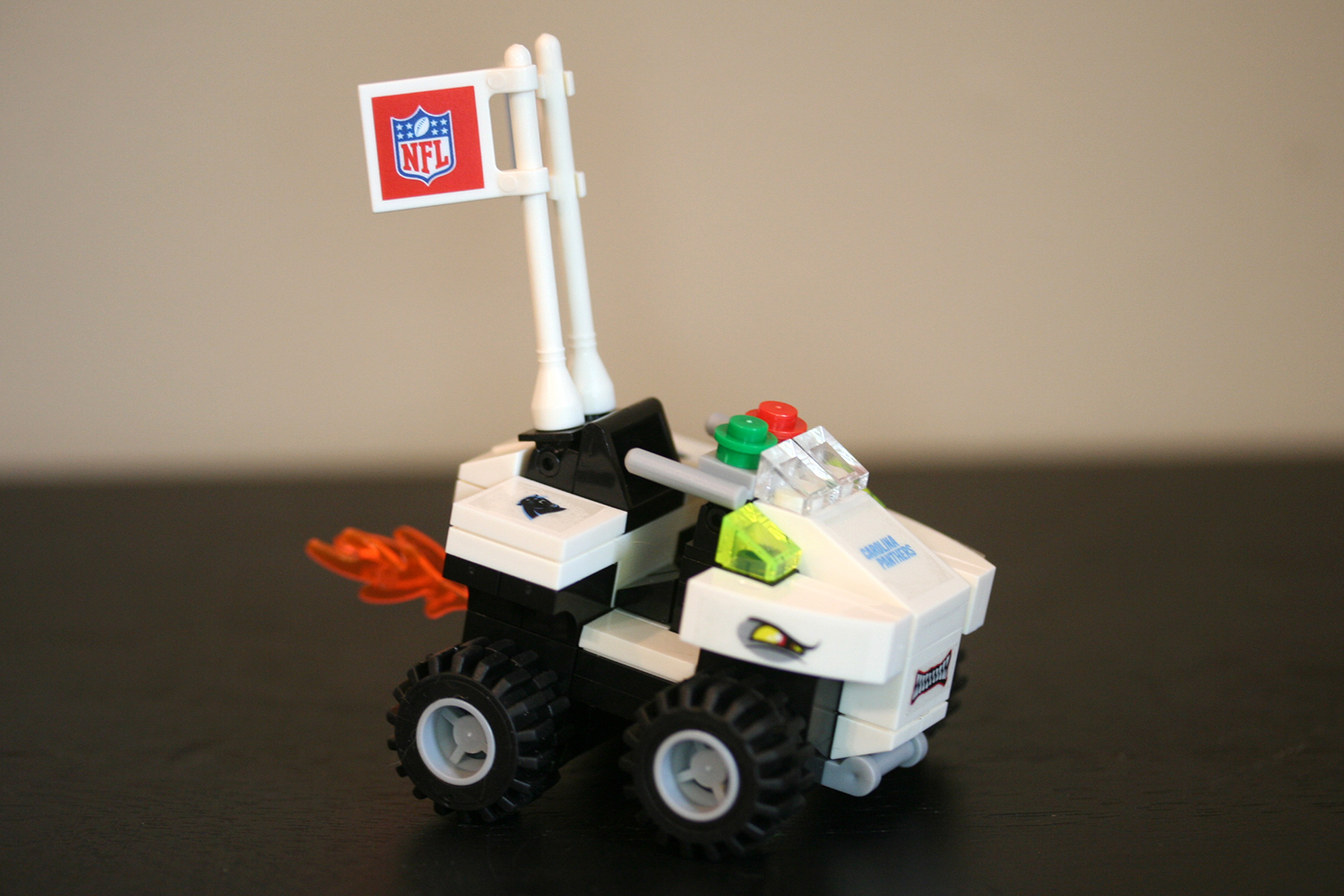 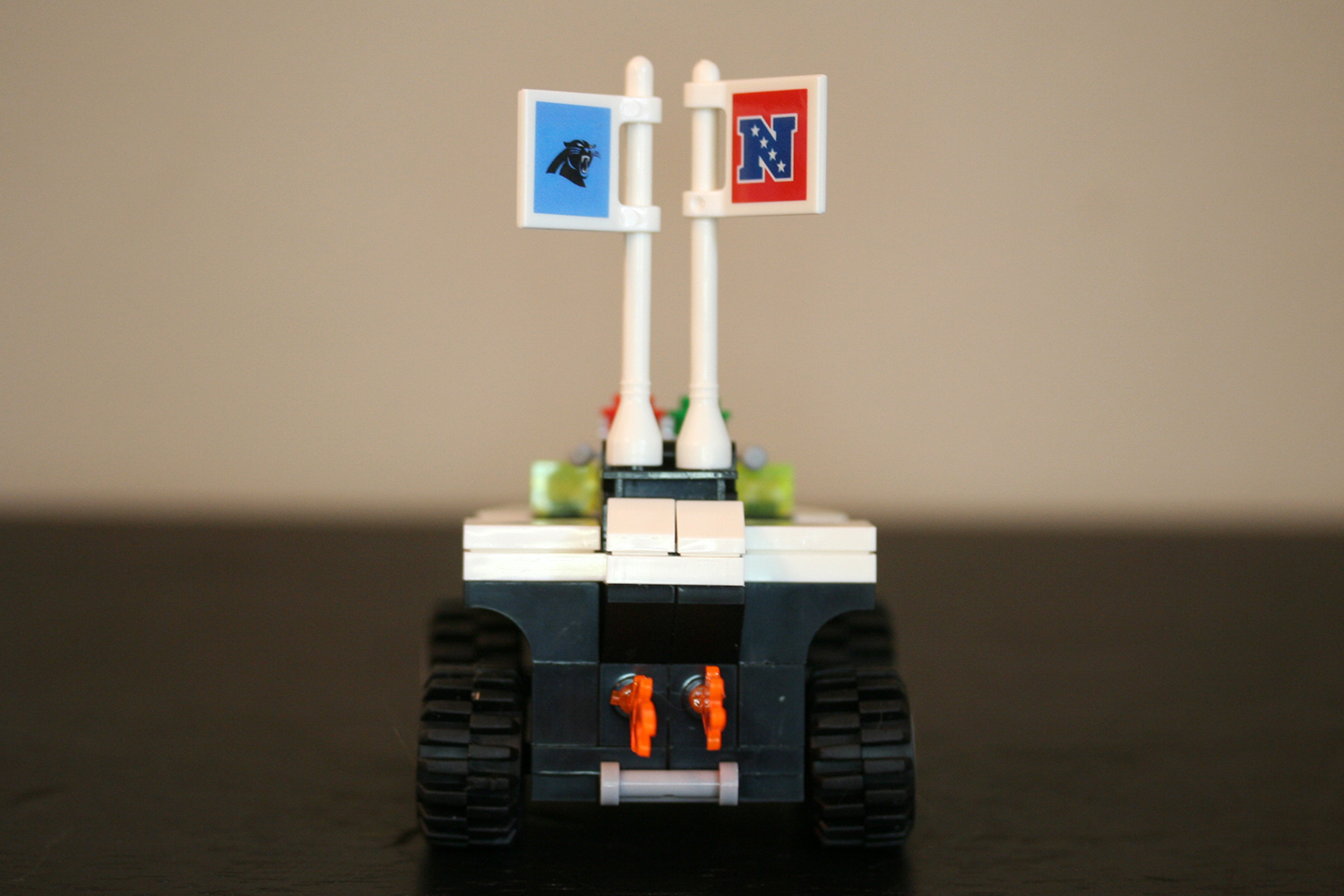 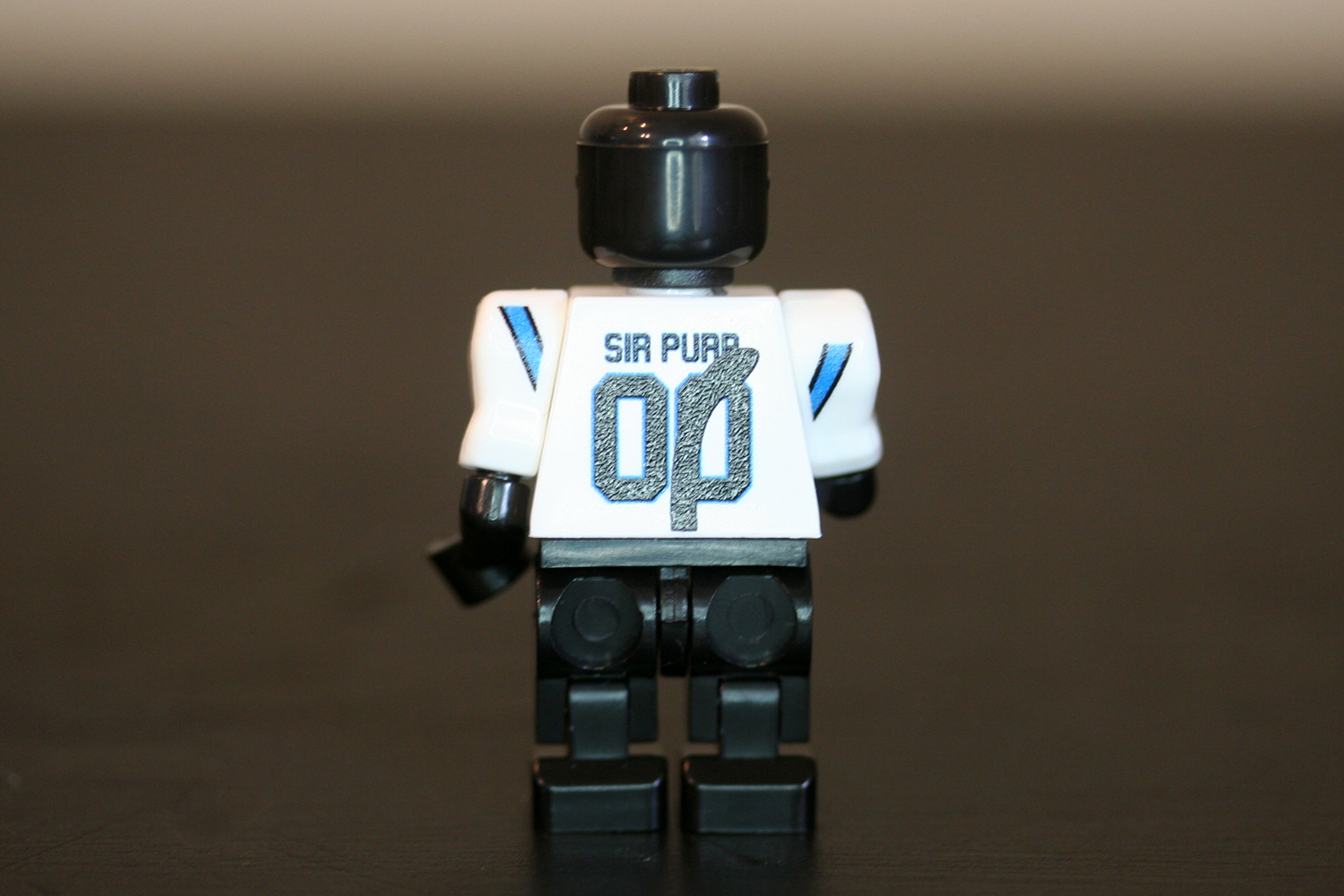