Standing in at 14inches tall with 90 points of articulation, the Premium Scale Bumblebee features 90 a die-cast metal frame, articulated fingers, LED illuminated eyes capable of switching between Bumblebee’s standard Blue and the shocking Retaliation Mode Red, as well as interchangeable Back Wings.  Bumblebee comes equipped with interchangeable LED illuminated Stinger Blaster and his wicked Stinger Sword as seen in the film.

You can currently pre-order one from 3A or ThreezeroHK.com for $448.00 (worldwide shipping included). 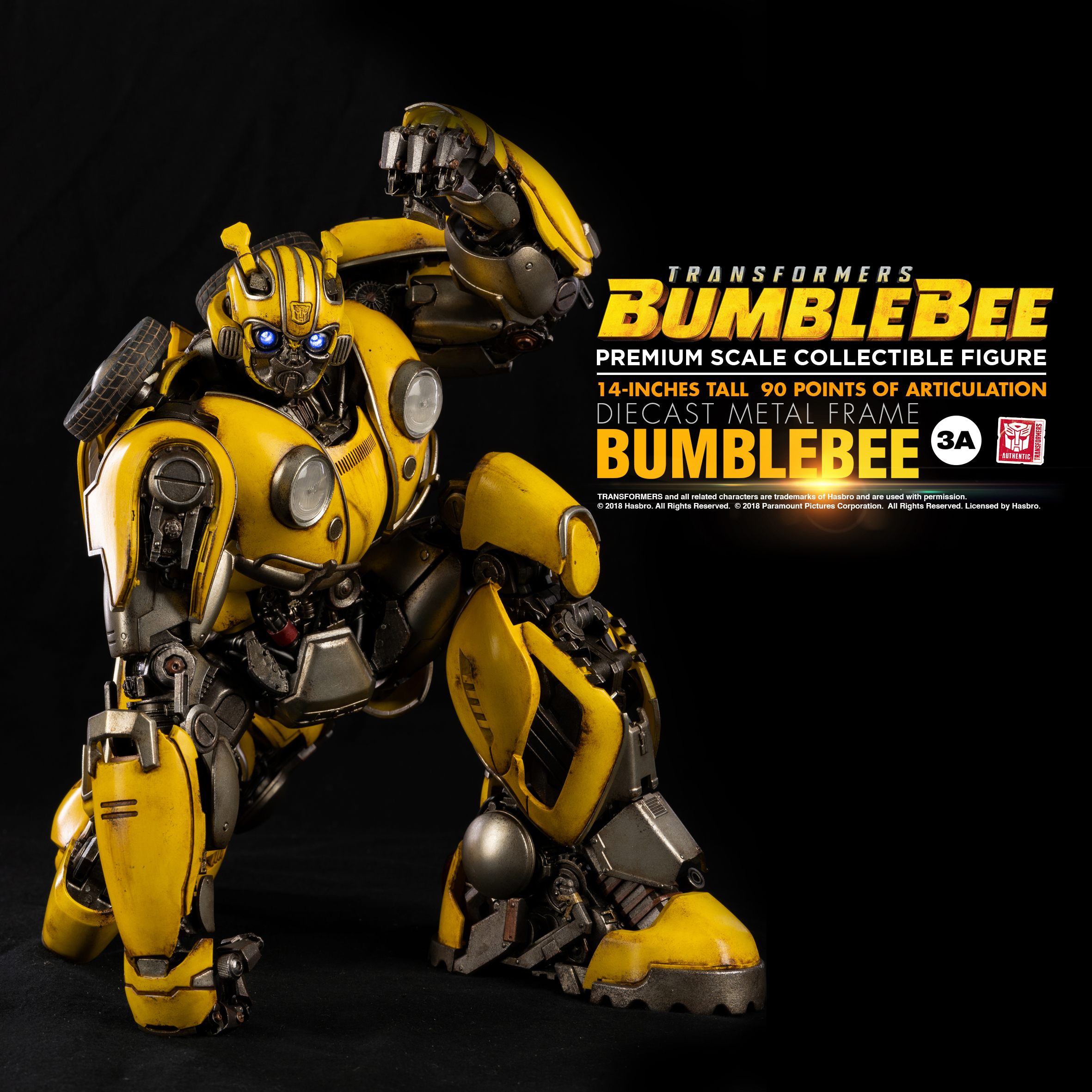 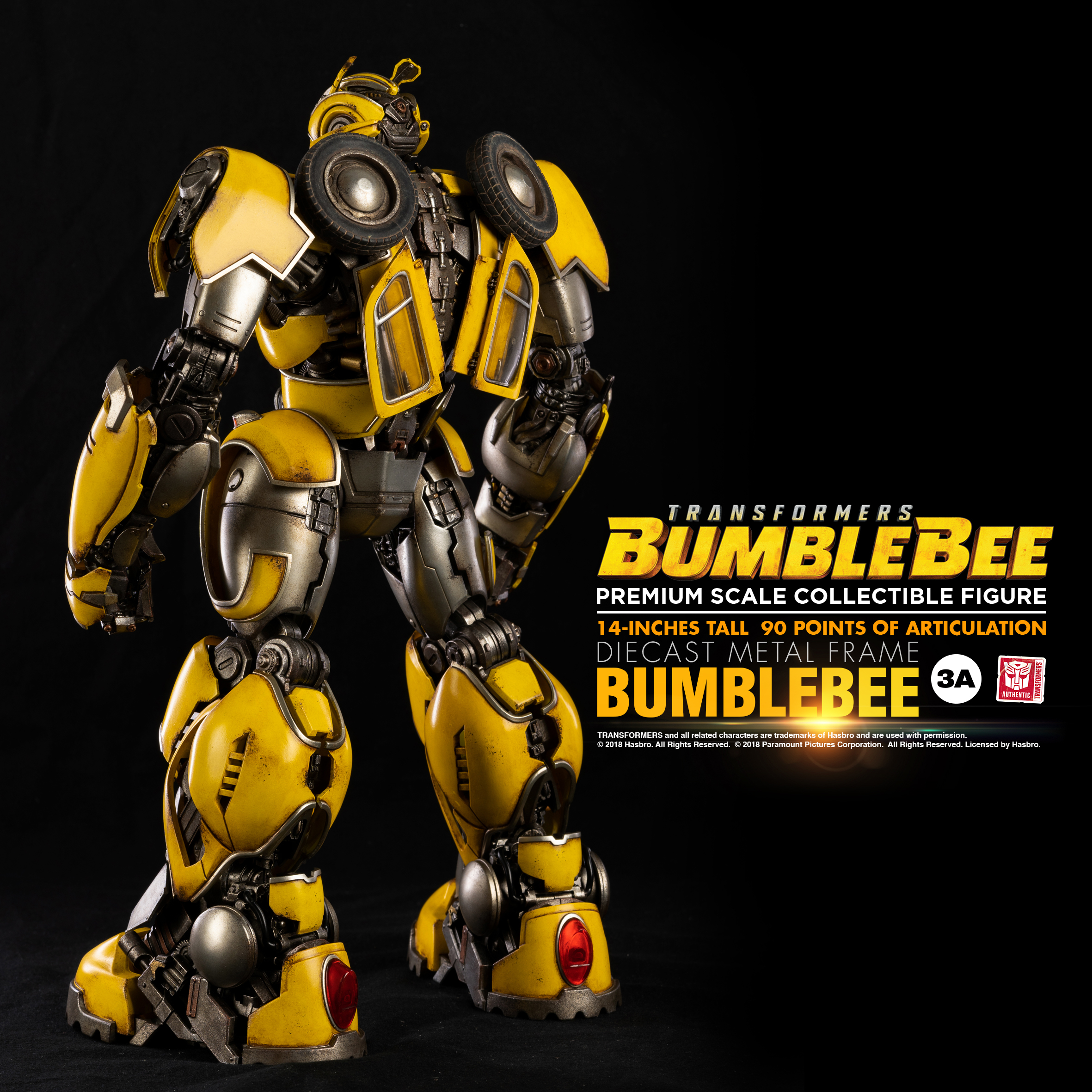 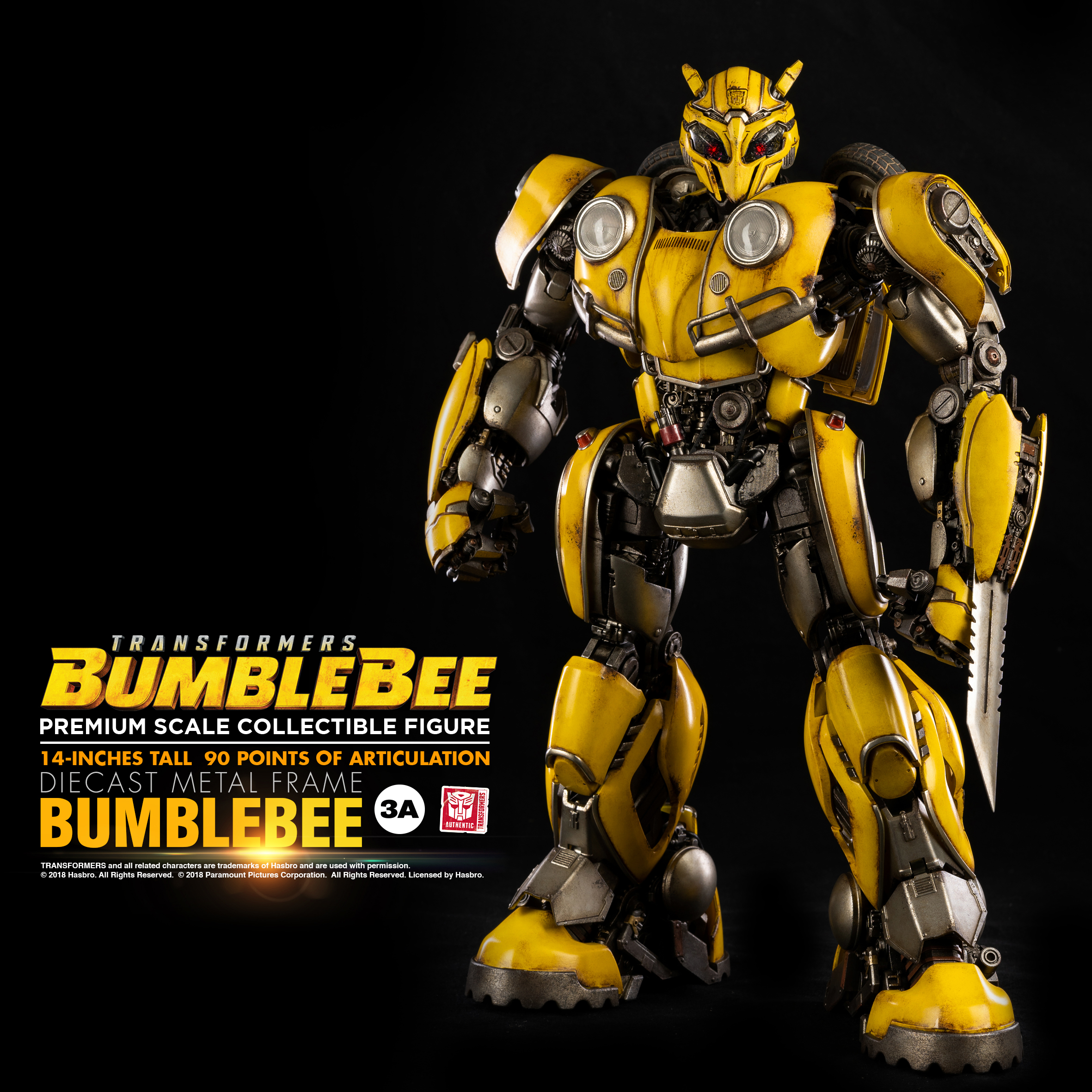