Gecco has announced details surrounding the Hard Suit/Hachiro Oka 1/6th scale statue from the 3DCG anime film GANTZ:O. The most powerful warrior from the Osaka team, Hachiro Oka, armored in his Hard Suit, famous for scoring 100 points 7 times, is now recreated with overwhelming volume and presence.

The dreadlock style cords attached to his head have bendable metal wire embedded inside allowing for unique pose-ability. The detachable mask reveals Oka’s face nestled inside the helmet just like the iconic film scene, which is sure to satisfy the ultimate GANTZ maniac. And the base is inspired by the Ebisubashi bridge in Osaka, which was home to the bloody battle field of GANTZ:O and includes the amputated tail of the formidable enemy Nurarihyon.

You can currently pre-order this figure over at Sideshow Collectibles for $1,099.00. It's scheduled to begin shipping in Q3 of 2019. 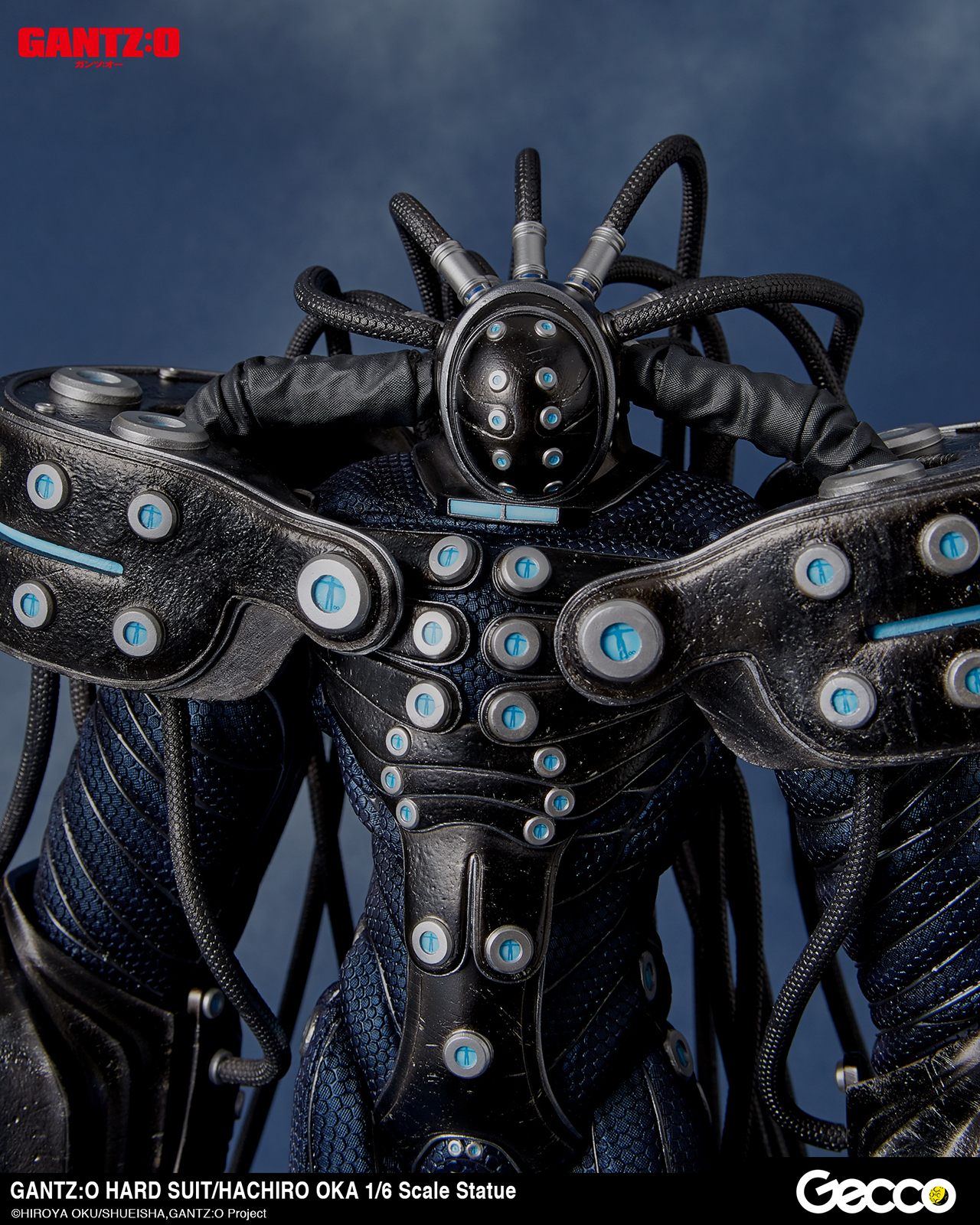 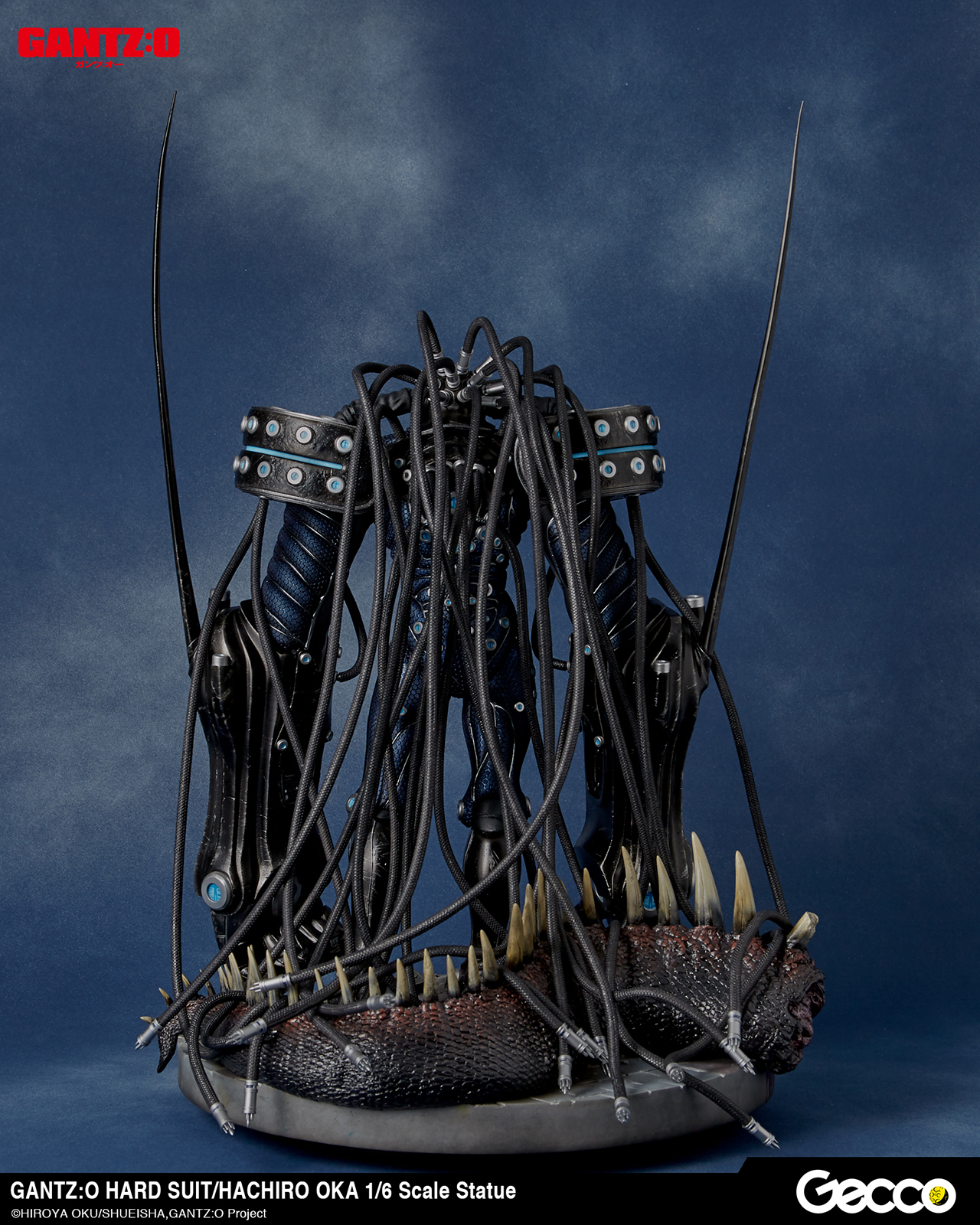 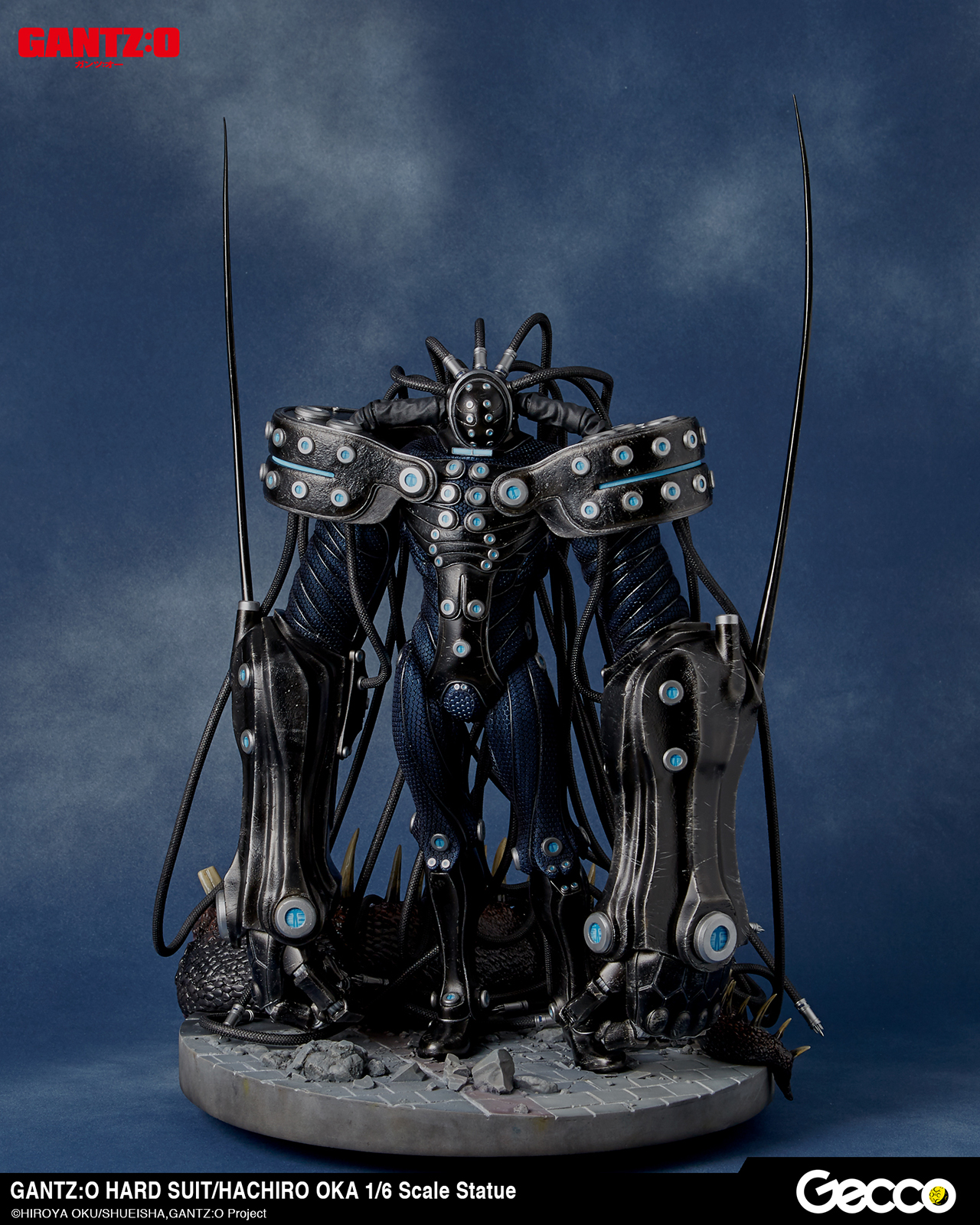 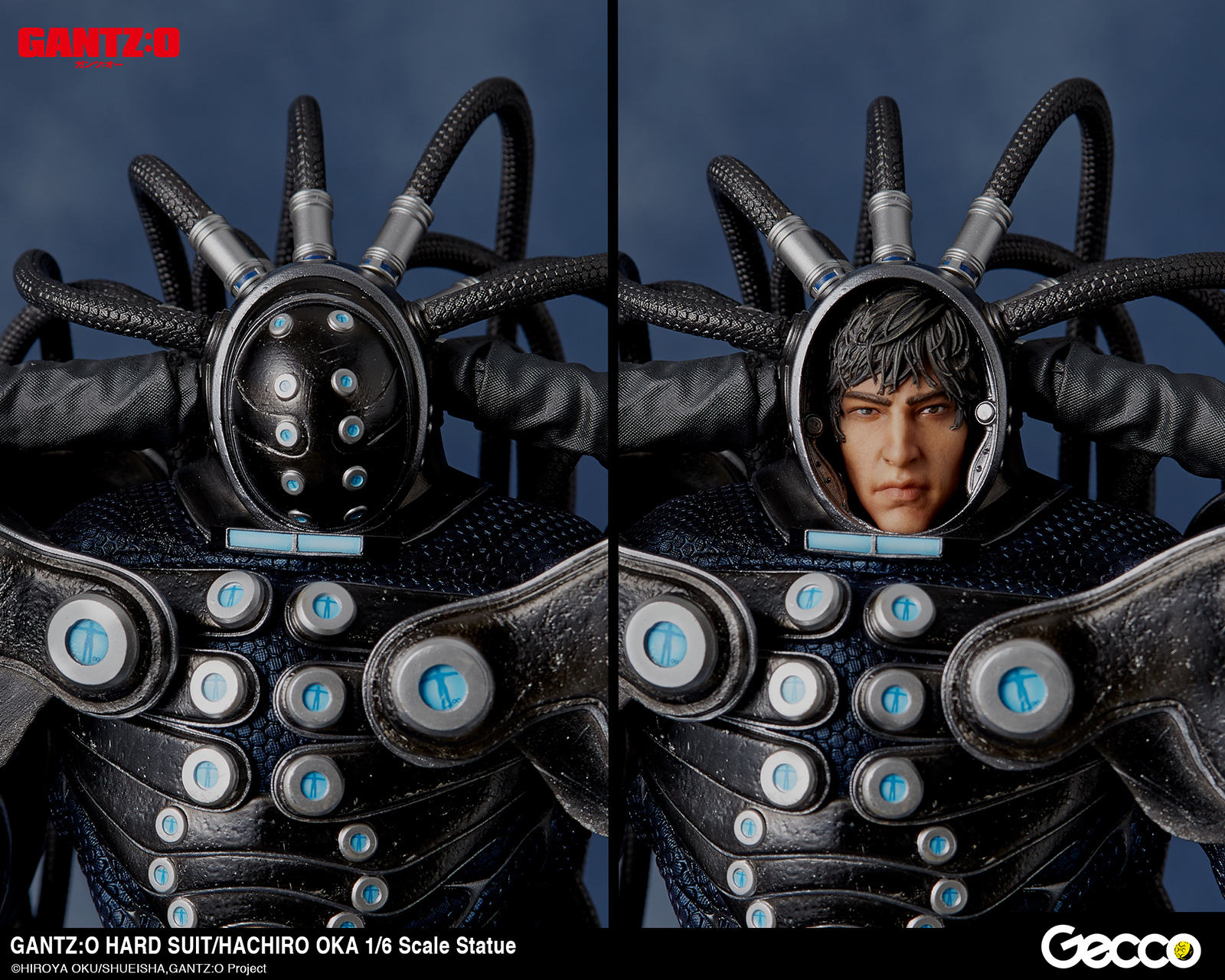