Hasbro, ThreeA, and the online collectibles shop Big Bad Toy Store have announced the new BBTS Exclusive Transformers Generation One Nemesis Prime. The dark mirror of Optimus Prime, a twisted clone of the Autobot leader imbued with all his strength, abilities, and intellect, but lacking all moral restraint and compassion. Nemesis Prime serves only the World Eater Unicron and carries within him the Dead Matrix, possibly the only thing in the universe that can destroy the ancient Primus. Nemesis Prime’s brutality is known and feared by Autobot and Decepticon alike.

TF G1 Nemesis Prime stands in at 16 inches tall, includes over 30% die-cast metal detailing, 59 points of articulation, and features LED illuminated details, a variety of accessories, and detailed weathered paintwork. The exclusive is a limited edition of 300 pieces. IT's currently available to pre-order for $389.99 and is anticipated to begin shipping in Q4 of 2017. 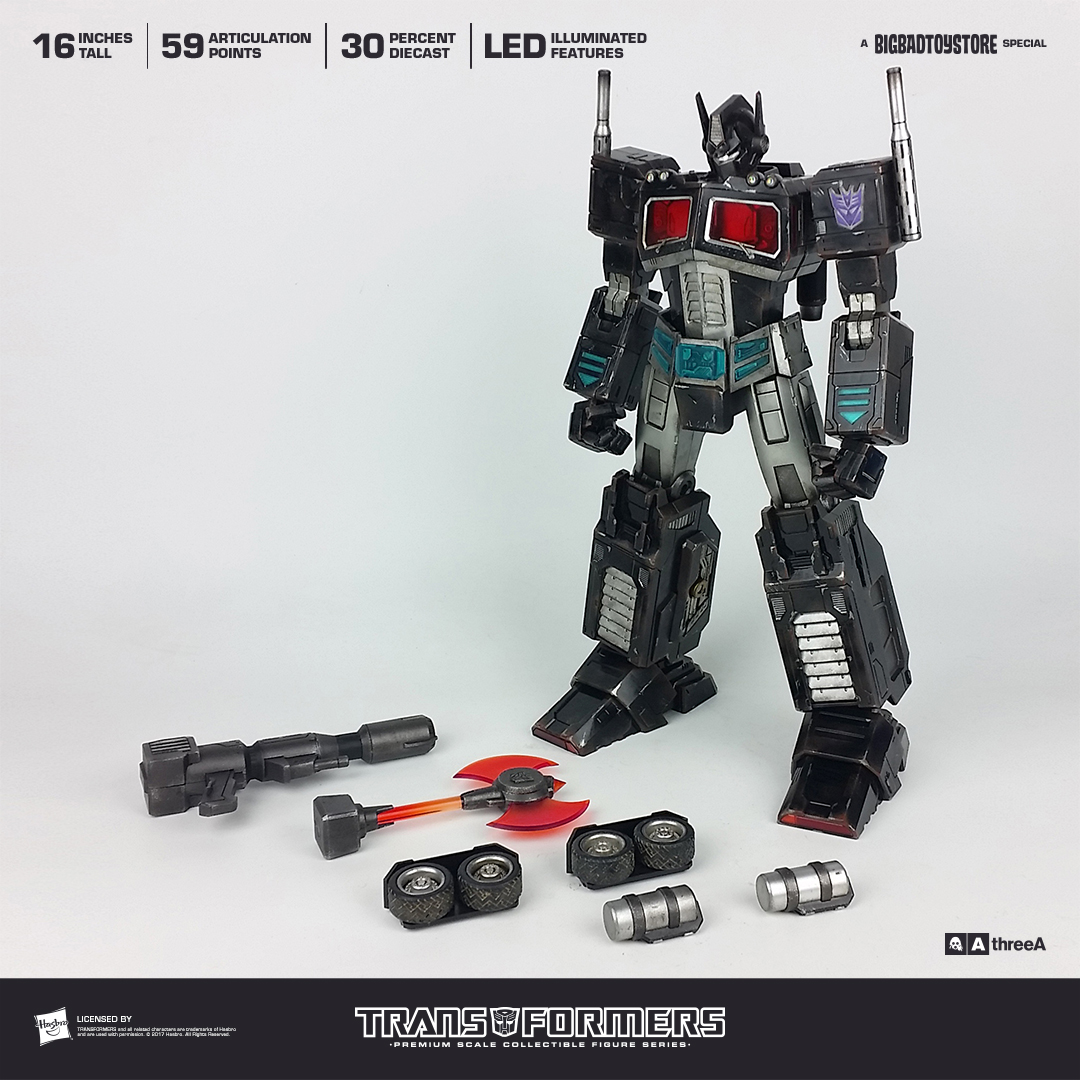 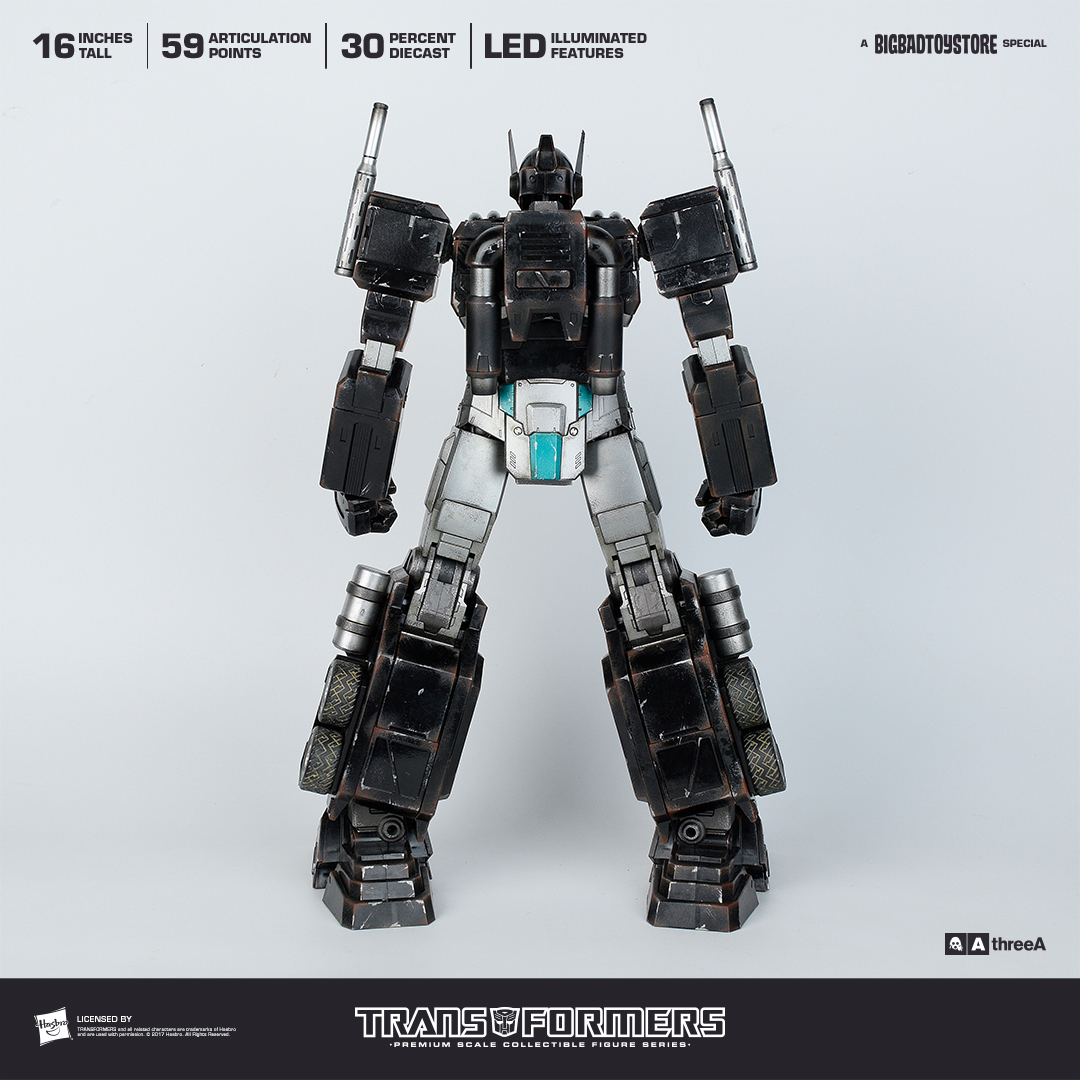 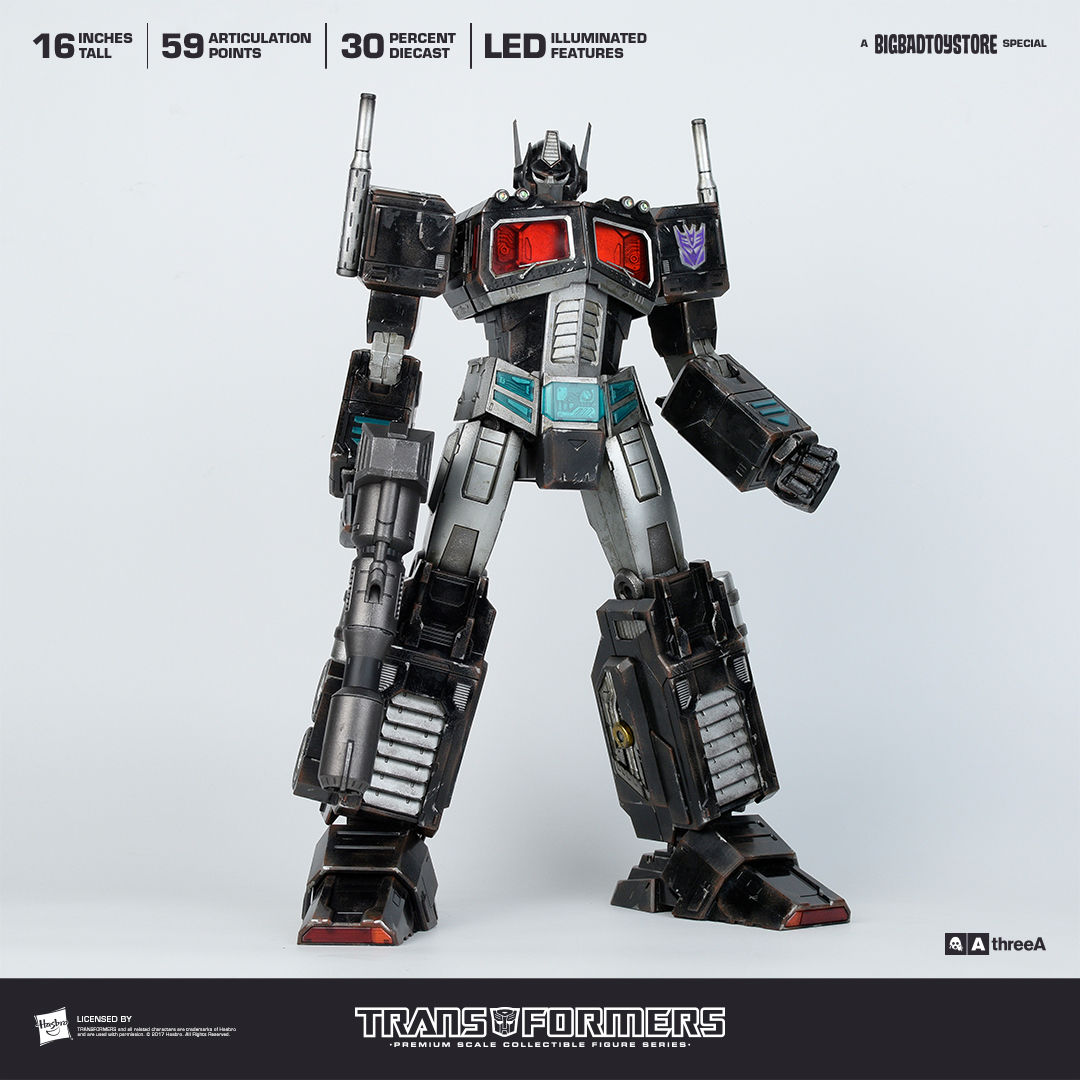