You've got a new collectible set with Thanos wearing his golden armor and little daughter Gamora (standing at approximately 4cm tall) holding a switchblade. As seen in Avengers: Infinity War, there's an Iron Man Mark L with battle damaged mask revealing half of Tony Stark’s face.  Also, you can grab an Iron Spider with pincers in signature squatting pose (there's a Iron Spider Cosbaby in classic crawling pose is available only in selected markets).  The Iron Spider figure feature LED eyes. And don't forget about Ant-Man and the Wasp, these two Cosbaby collectible sets showcase the characters with a shrinking/growing effect.

Look for these, and other Avengers: Endgame collectibles, to be available over at Amazon.com. 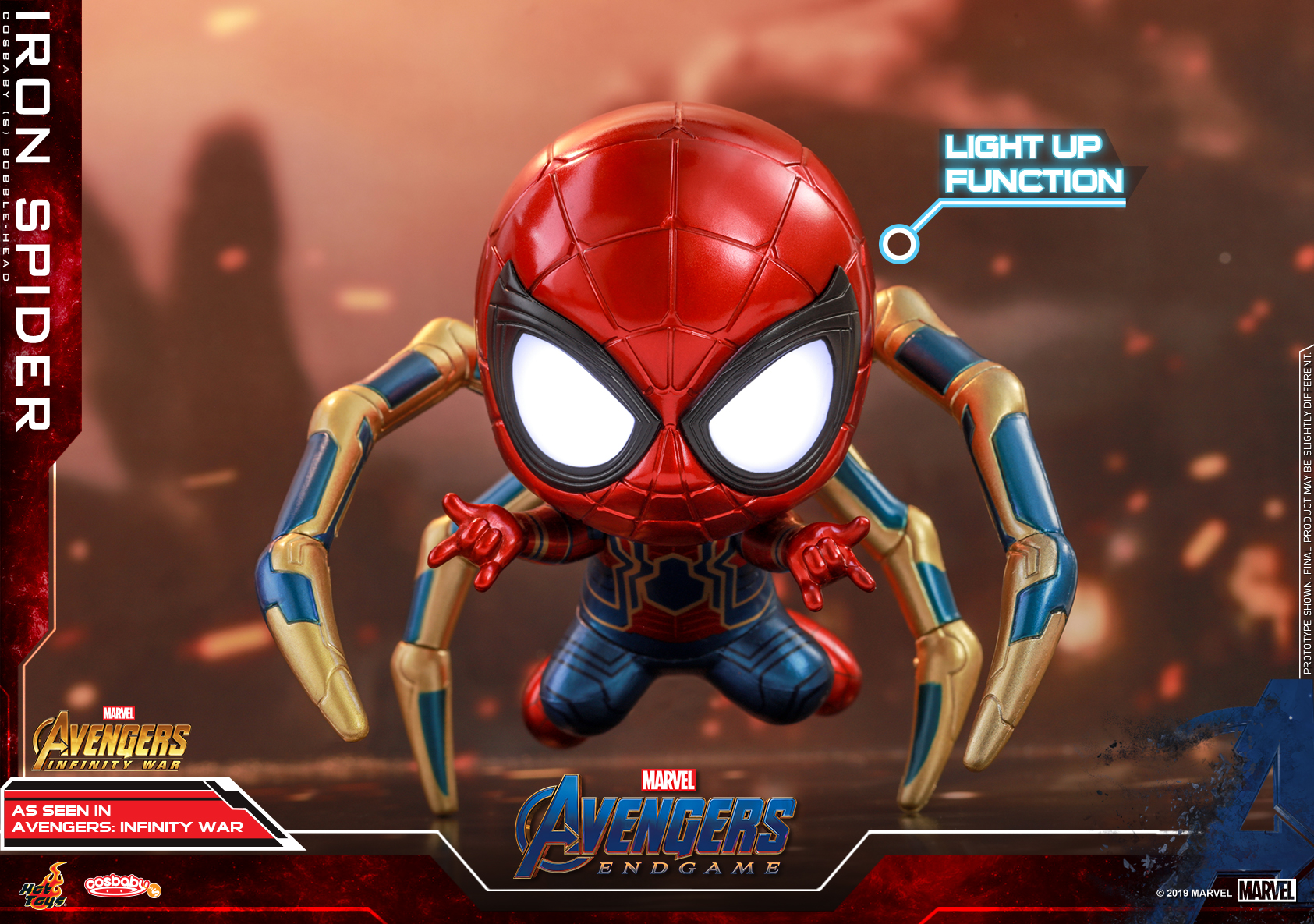 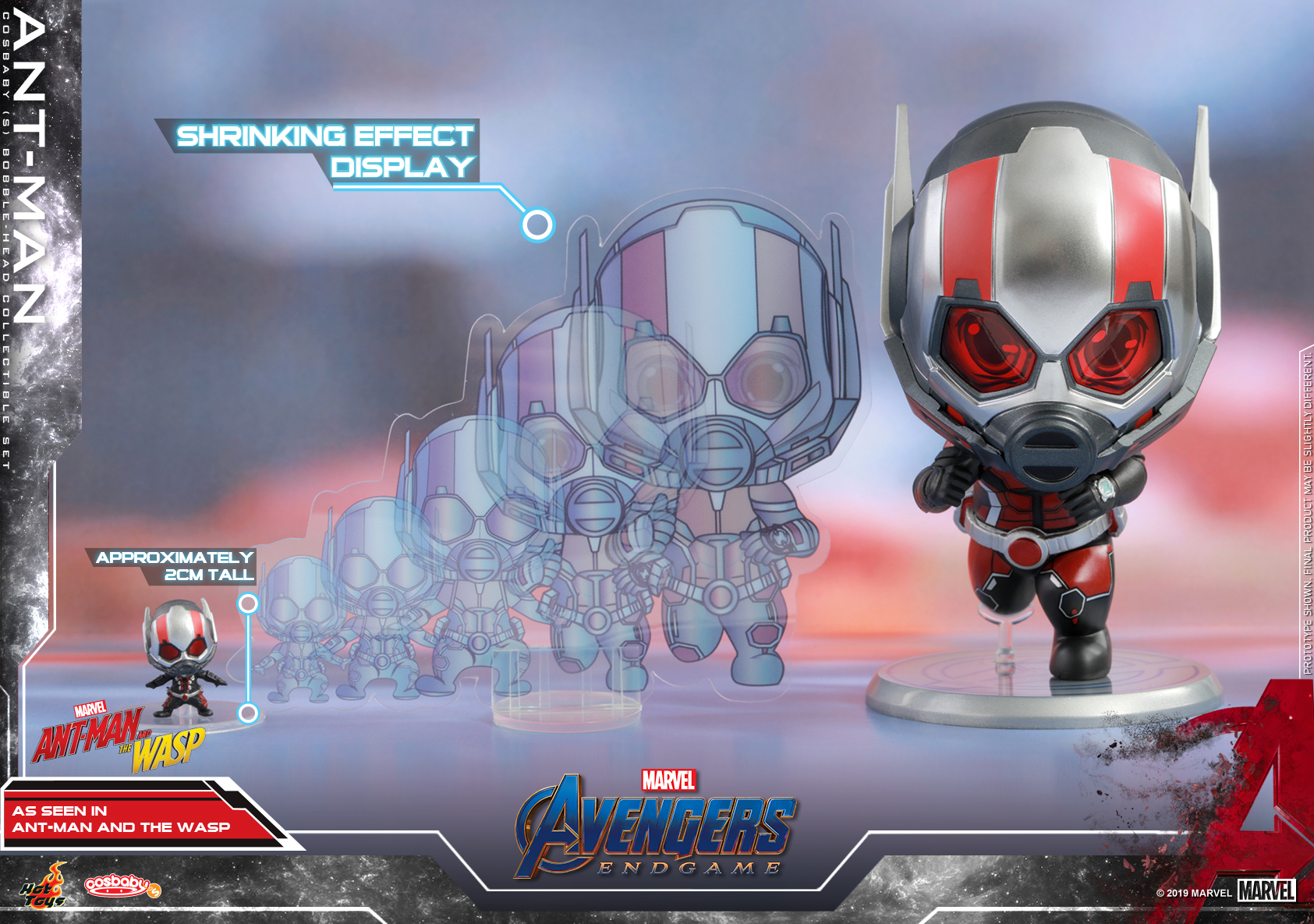 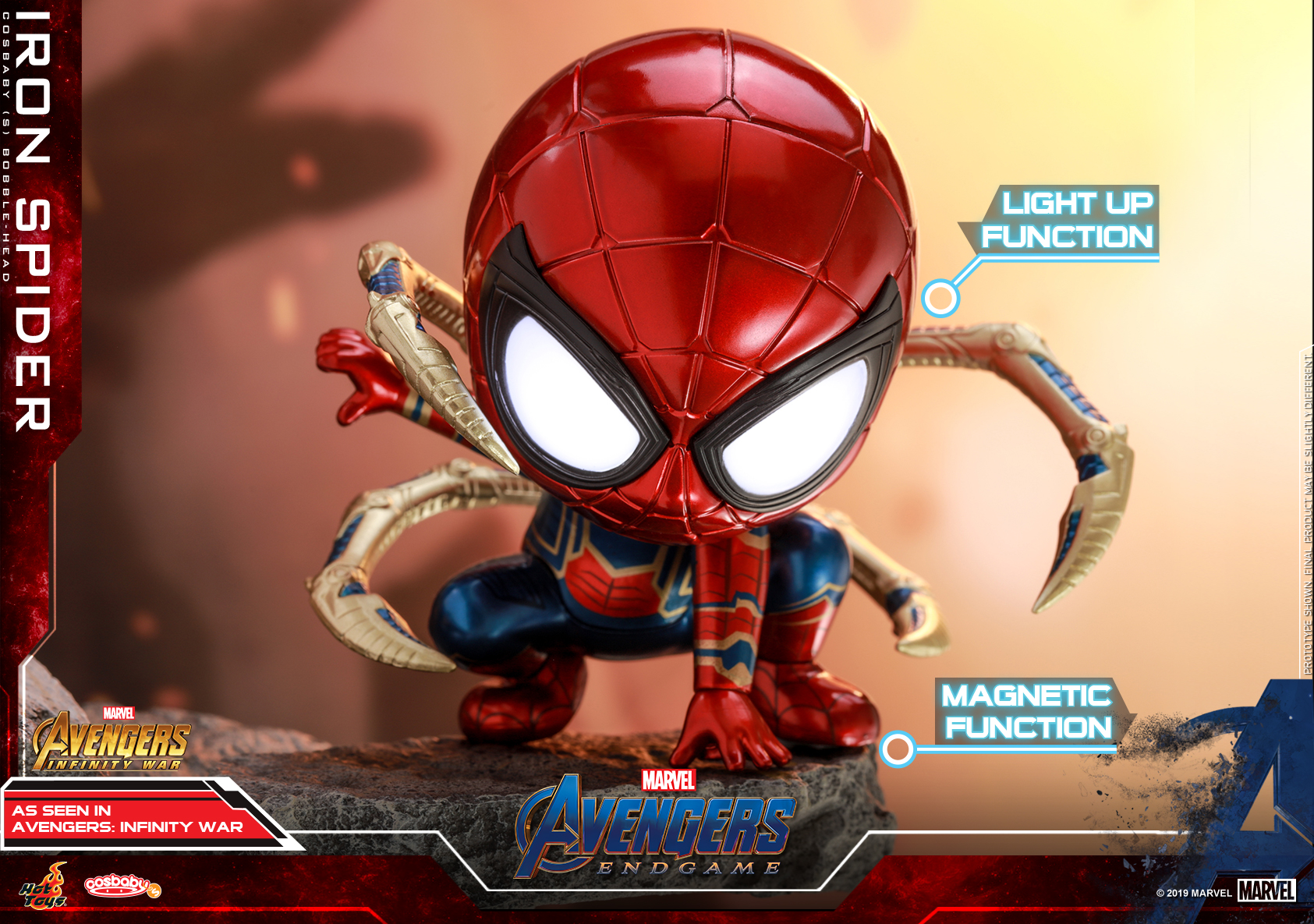 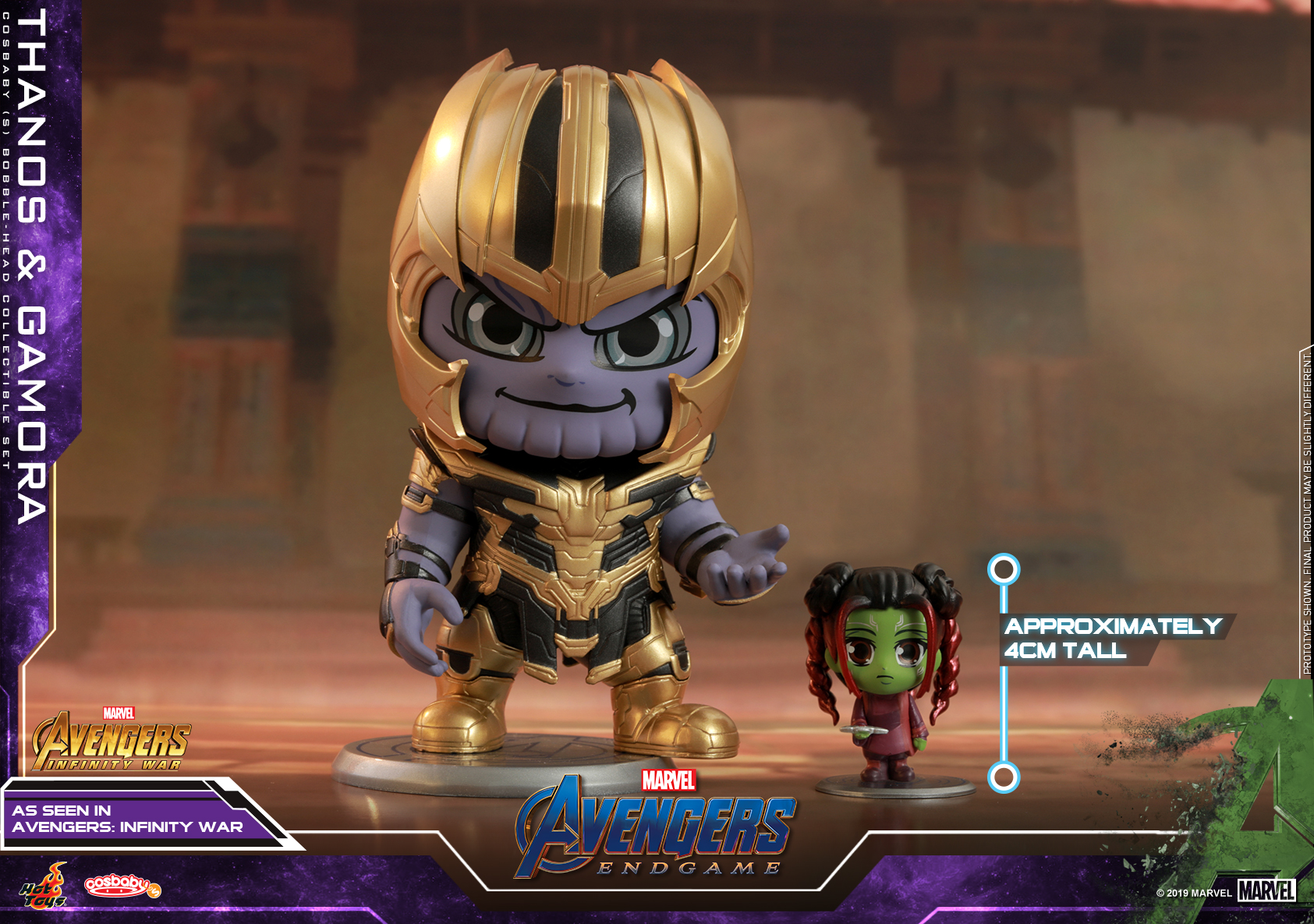 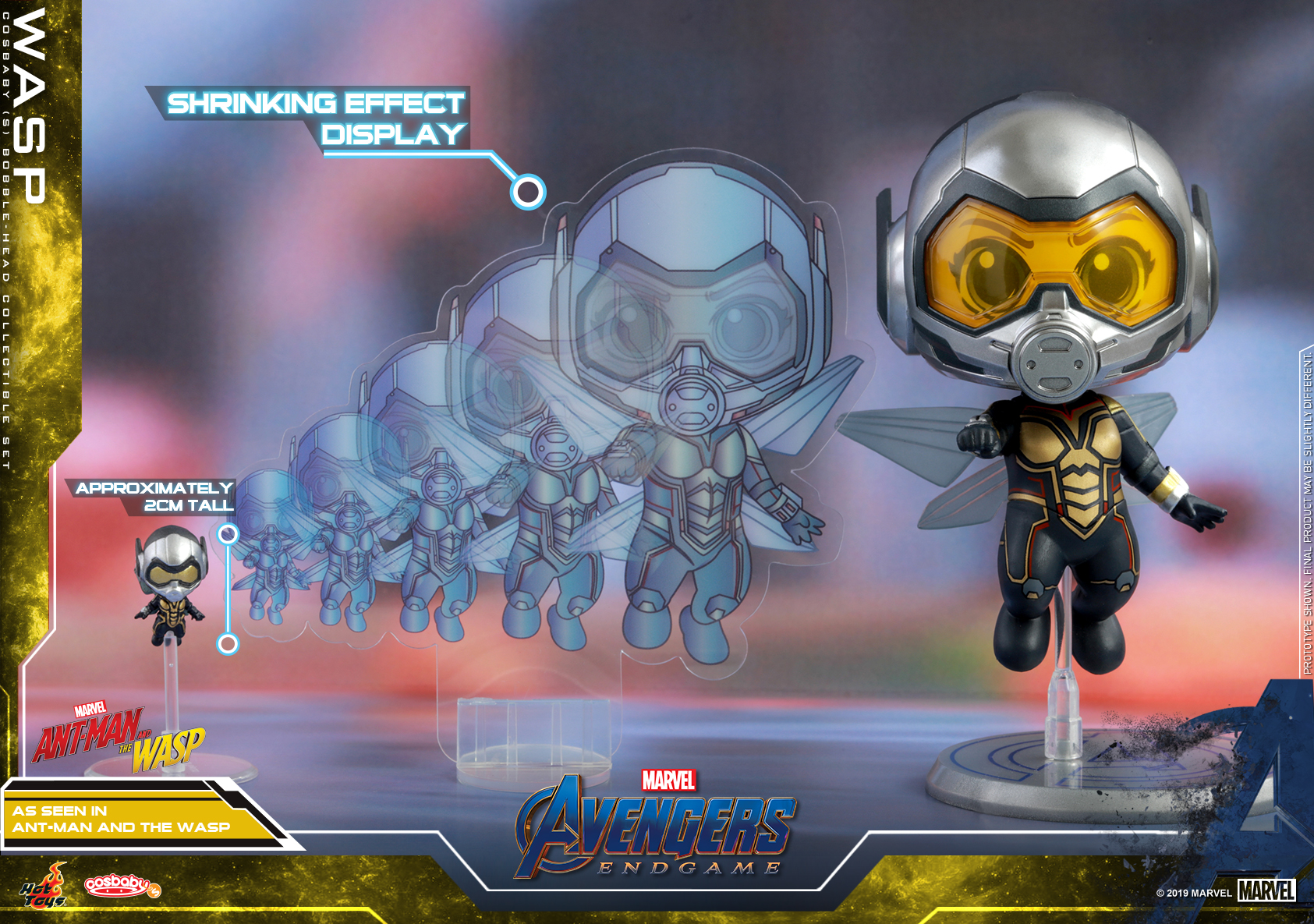