As director of Advanced Weapons Research for the Imperial military, Orson Krennic was obsessed with the completion of the long-delayed Death Star project. A cruel but brilliant man, Krennic has staked his reputation on the delivery of the functional battle station to the Emperor.

Longed for by many diehard Star Wars fans, Hot Toys has announced their 1/6th scale Director Orson Krennic collectible figure of from Rogue One: A Star Wars Story. Crafted based on the appearance of Ben Mendelsohn as Director Krennic in the film, this new collectible figure features a highly detailed head sculpt, a tailored Imperial uniform and magnetically attachable cape, additional rain gear attire, a blaster, and a character themed figure stand.

Currently, Sideshow Collectibles is taking pre-orders for the Orson Krennic figure. It's priced at $235.00 and expected to begin shipping in Q4 of 2019. 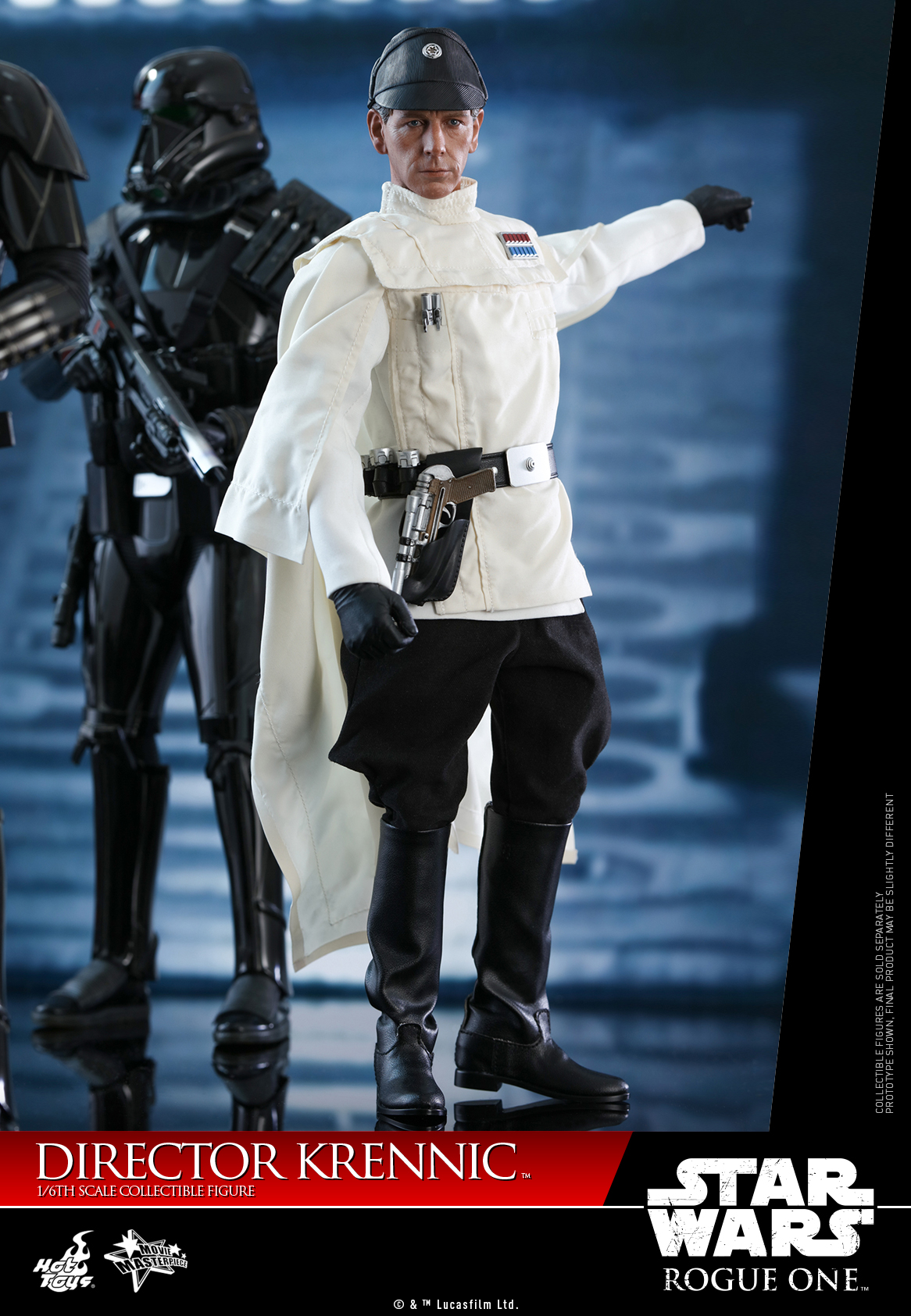 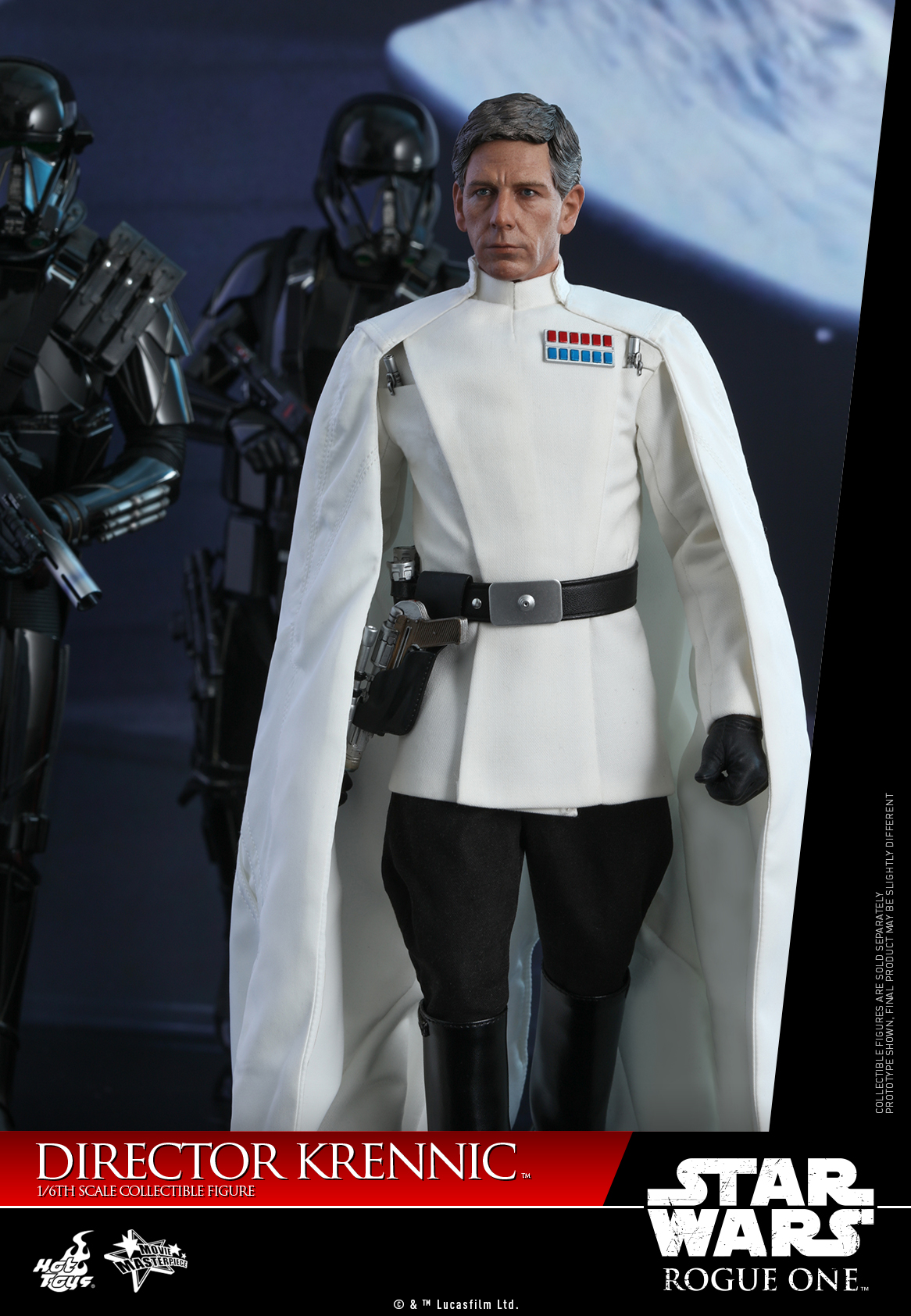 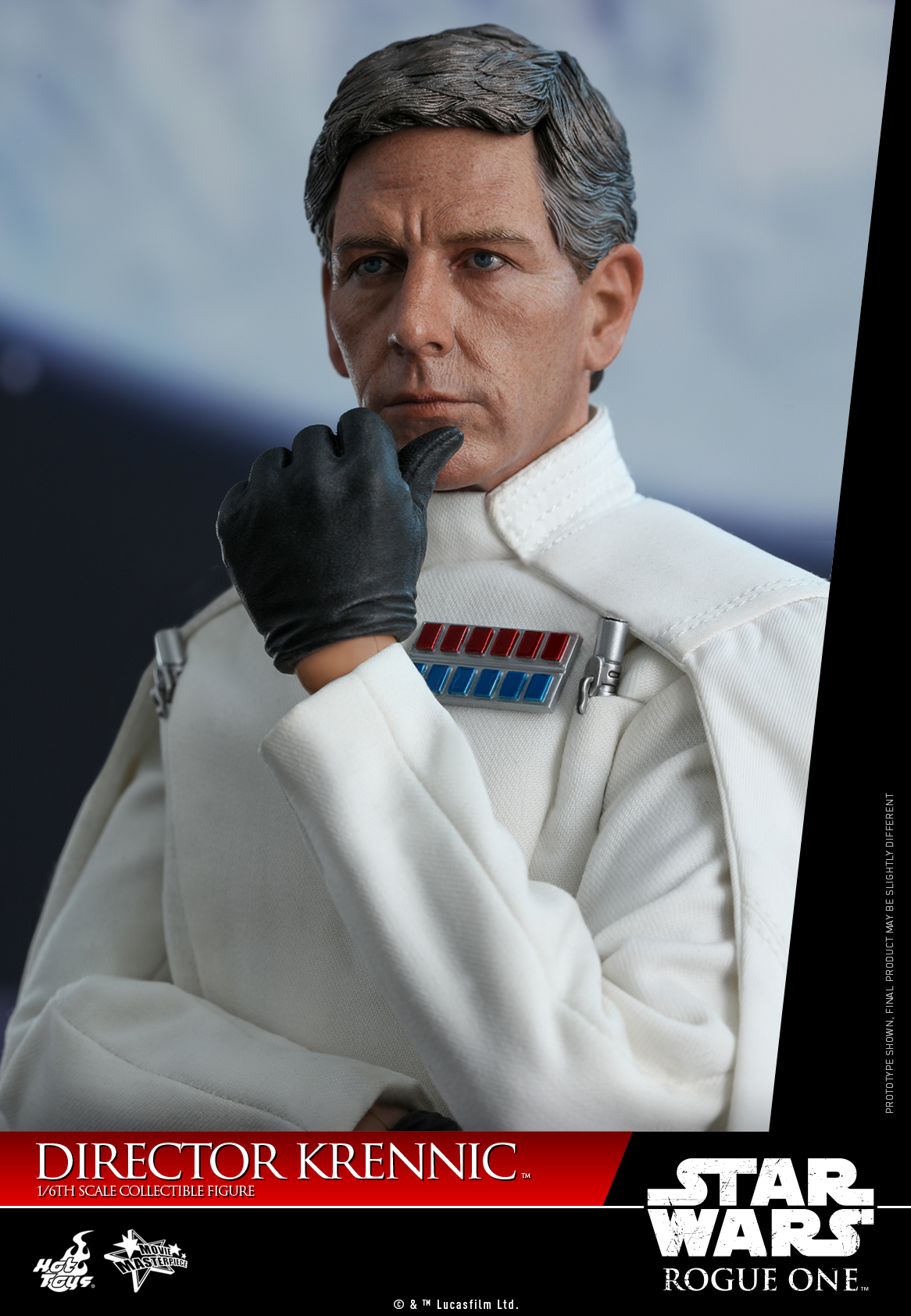 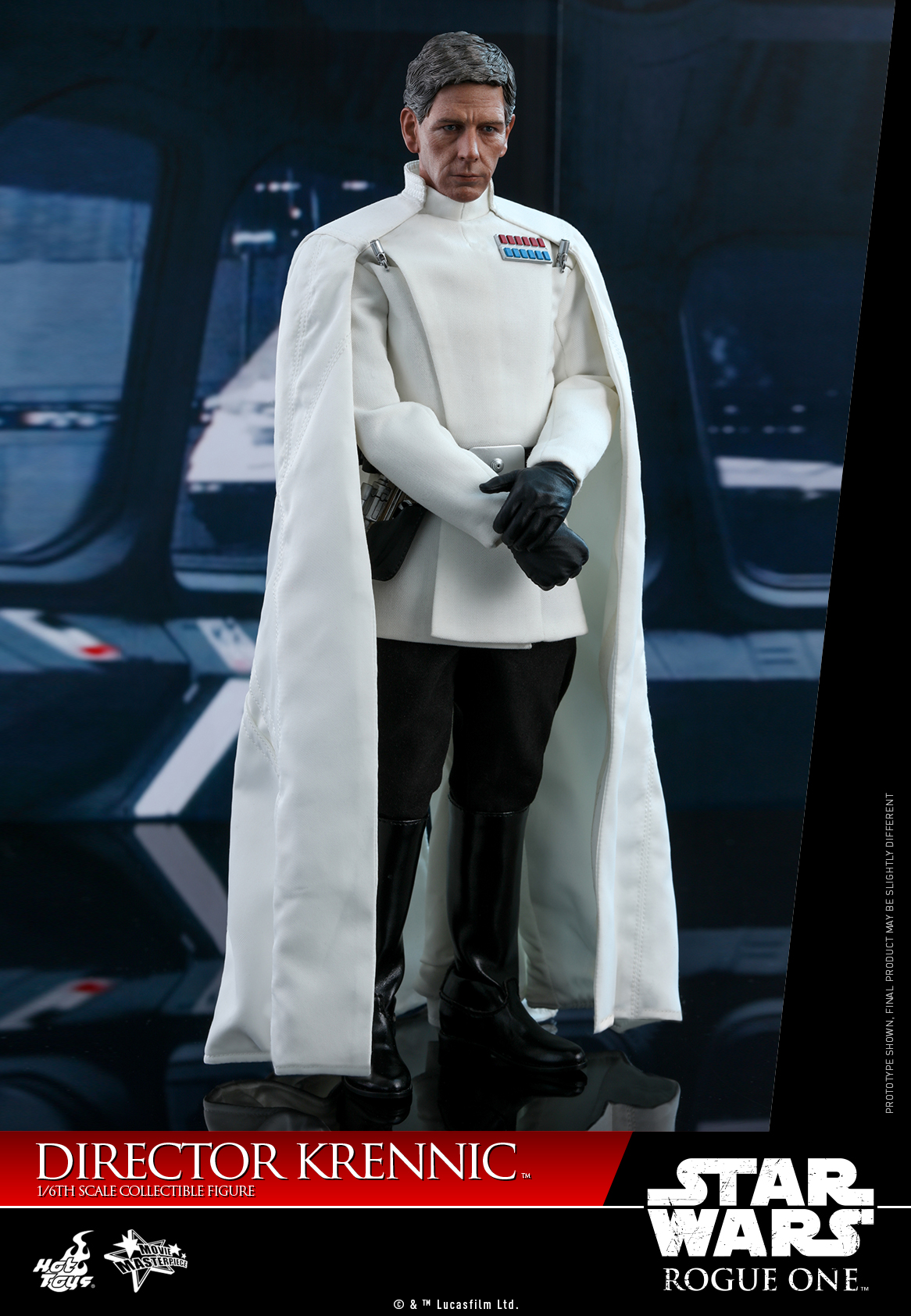