Hot Toys has announced the new 1/6th scale collectible figure of Spider-Man - Spider-Punk Suit, which is one of the alternate skins from the newly release Spider-Man Video Game. Based on the Spider-Punk suit from the Marvel’s Spider-Man video game, this collectible figure features a newly developed masked head sculpt with a spike Mohawk and three pairs of interchangeable eye pieces to create different combinations of Spider-Man’s expressions; a newly developed body; a skillfully tailored Spider-Punk suit complete with greatly detailed patterns and denim vest with real-like pins and spikes; interchangeable hands for different postures; a star-shaped guitar; Spider-Drone; a variety of web accessories; and a stylishly designed figure stand.

You can currently pre-order this figure over at Sideshow Collectibles for $235.00. They're expecting it to begin shipping in Q3 of 2019. 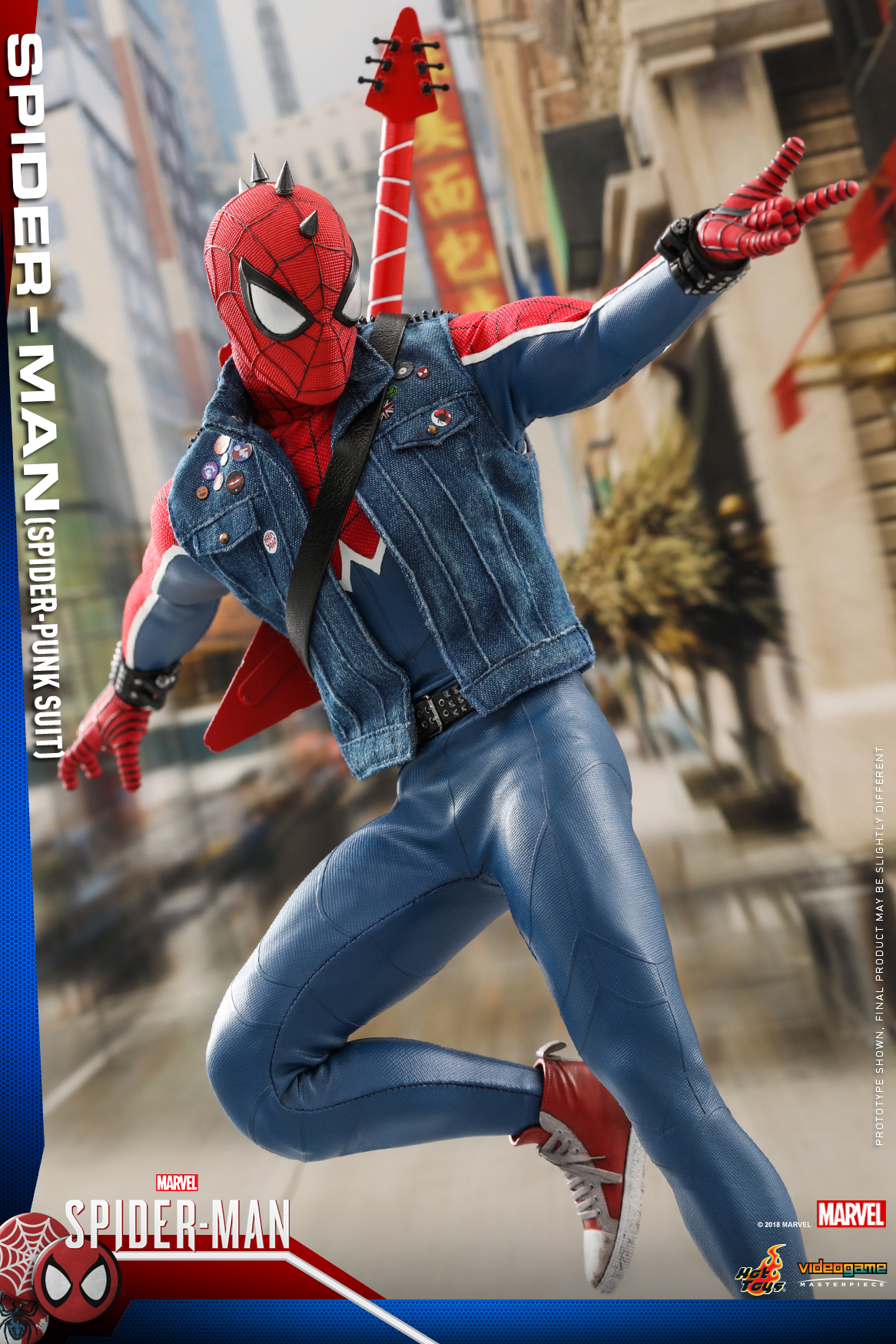 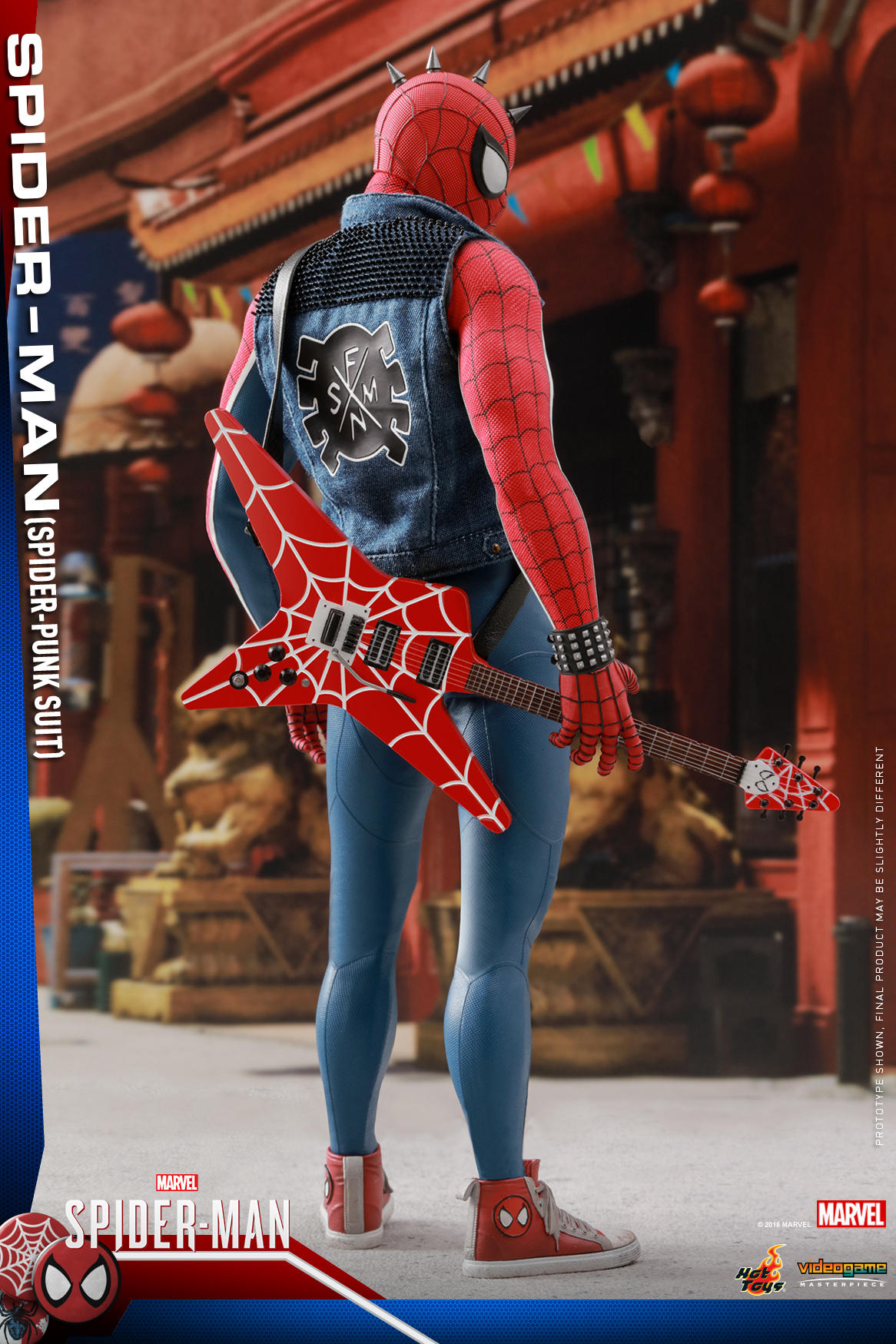 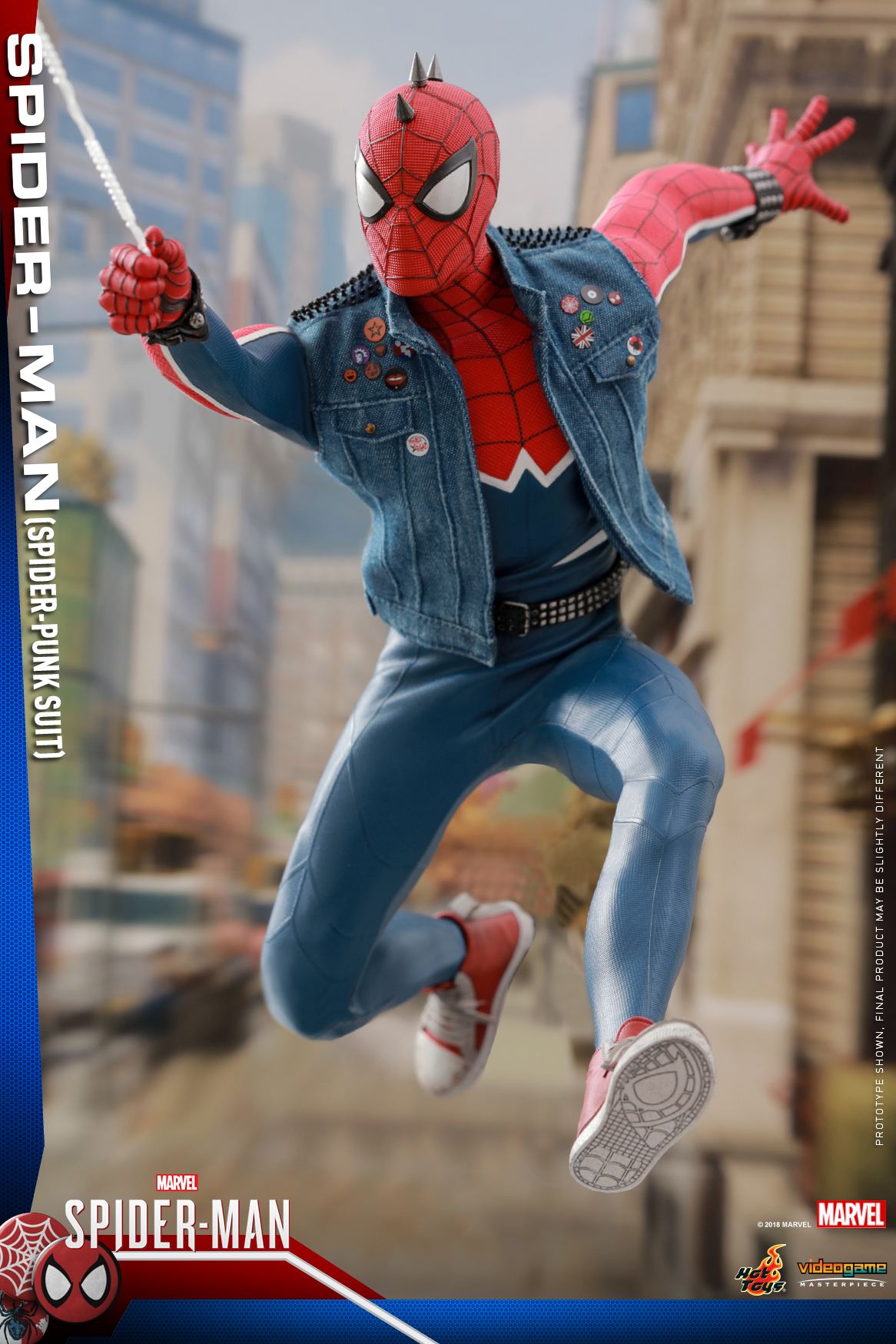