Plaseebo has announced that "The Stone Walker Revenge” Lottery is OPEN NOW thru Saturday September 29th 2018. This is the first custom release of "The Stone Walker” Plaseebo vinyl produced by Planet-X and is LIMITED to only 2 pieces. He is 7 1/2 inches tall, has a color-changing LED unit with replaceable batteries mounted inside, and red glass inset eyes. Each one is custom painted with lots of blood. He also comes with a hand cast resin bloody decapitated head of a conquistador, sculpted by Bob Conge. Each piece is hand-signed by Bob.

To enter lottery, please send the following to bob@plaseebo.net 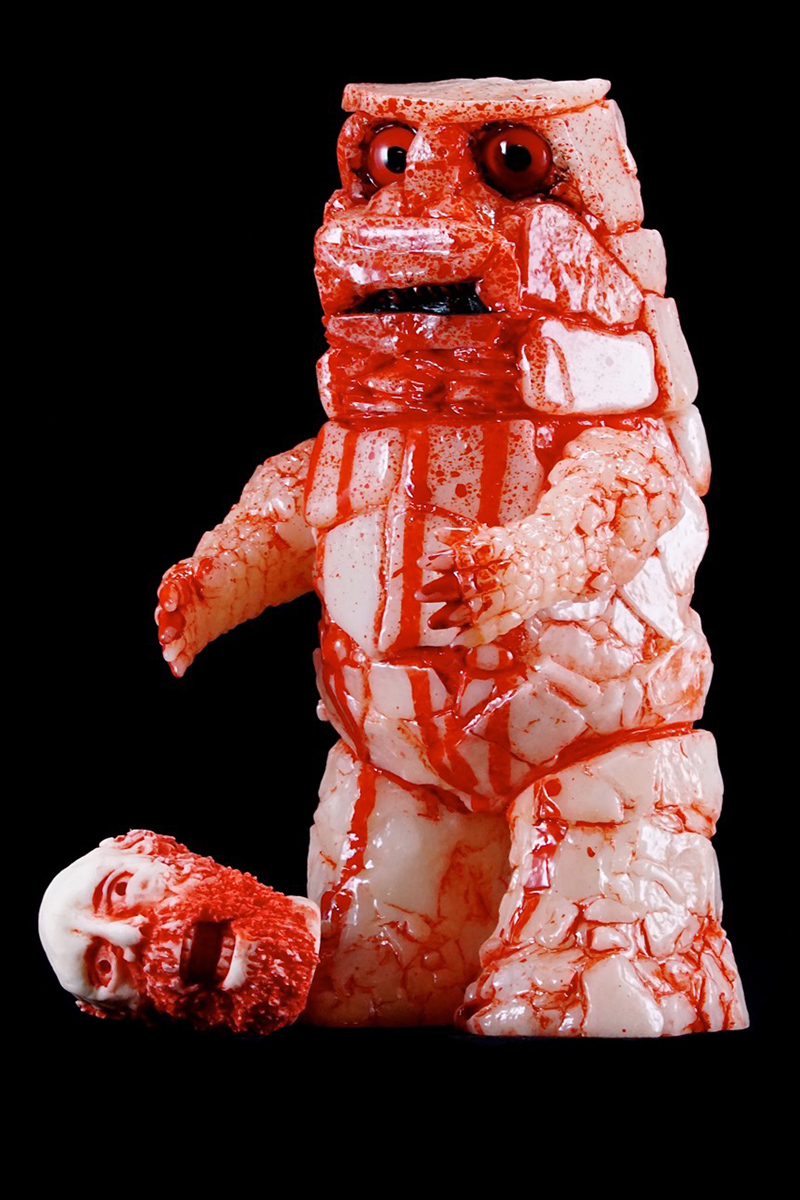 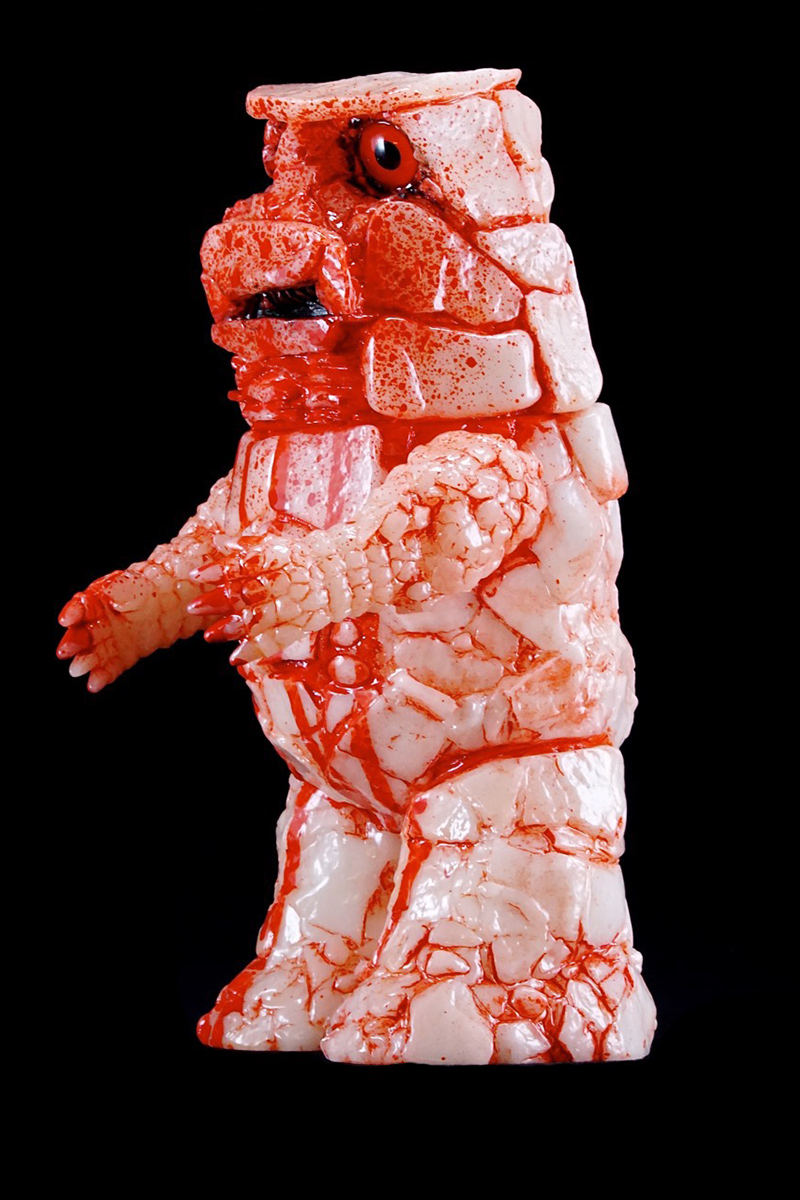 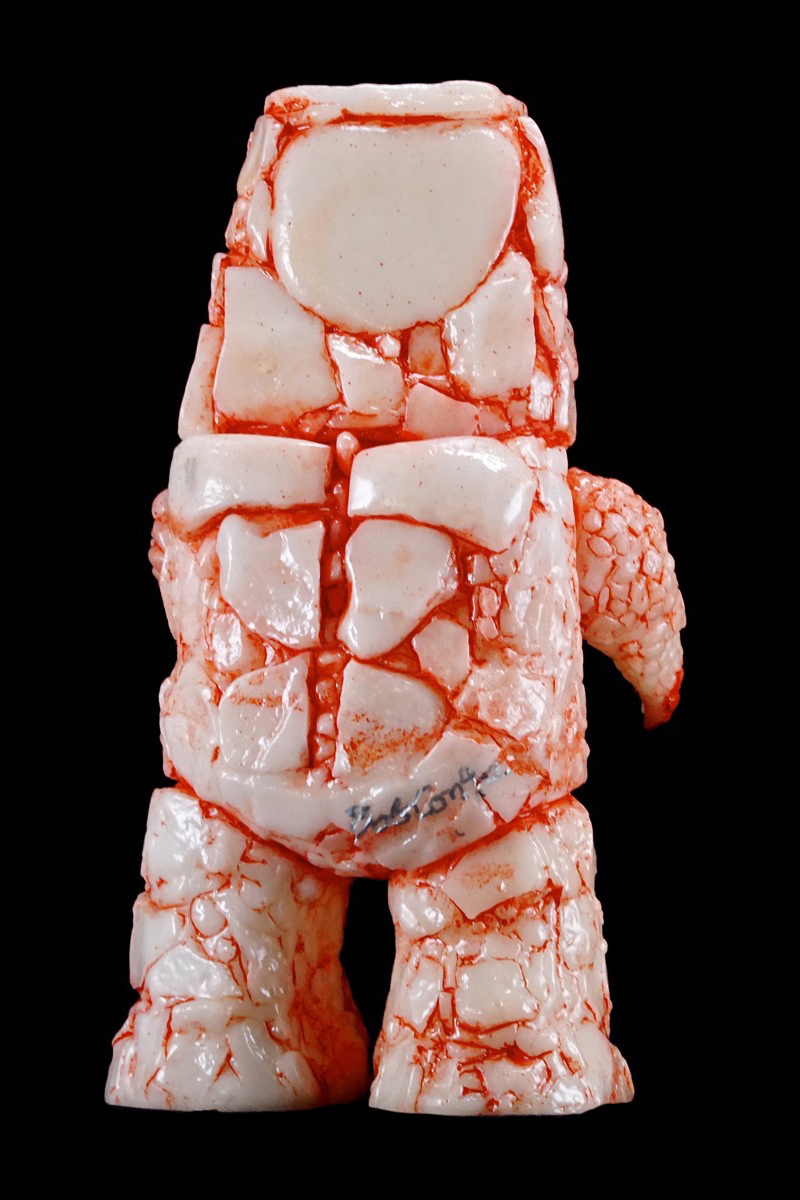 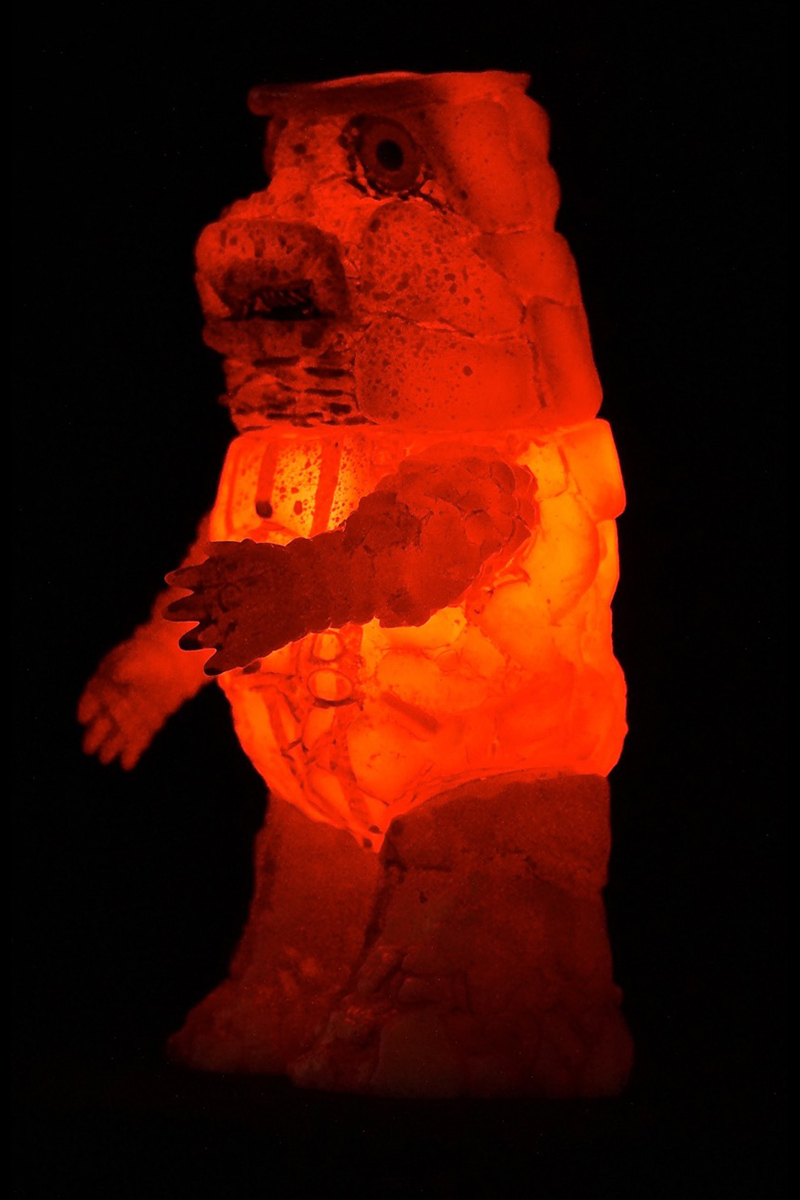 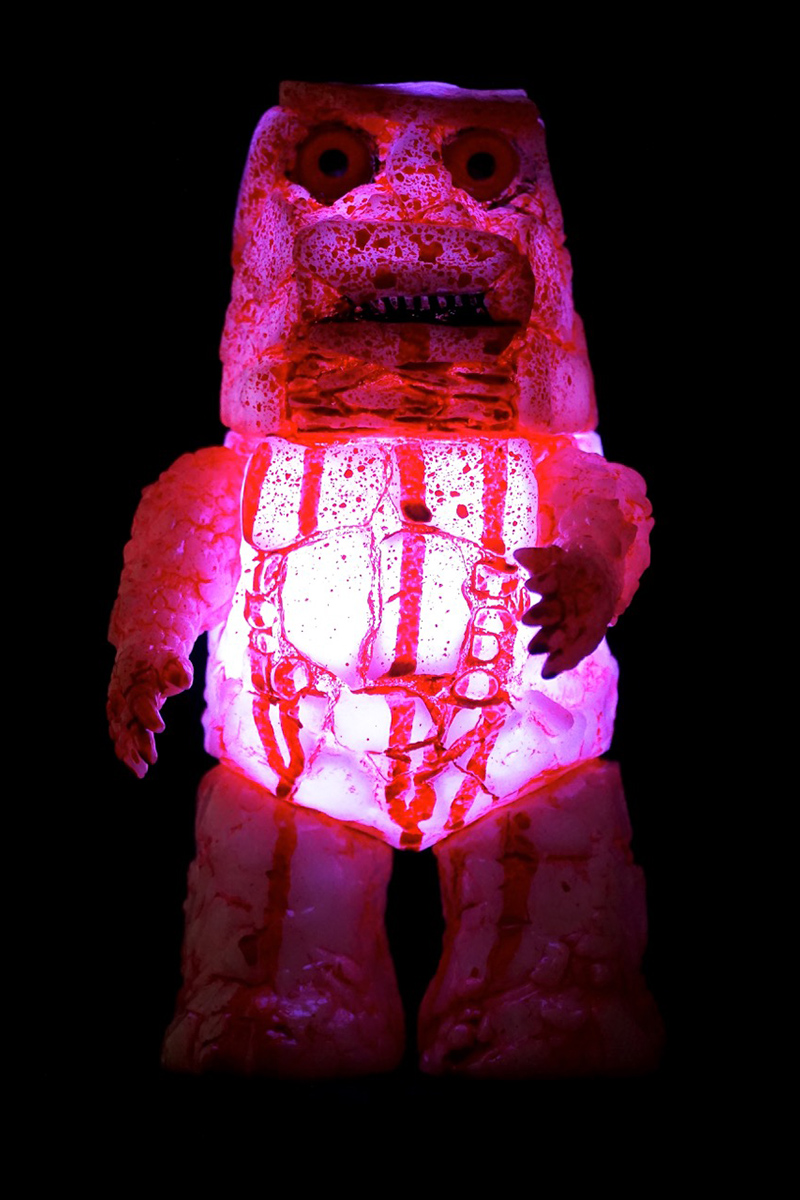 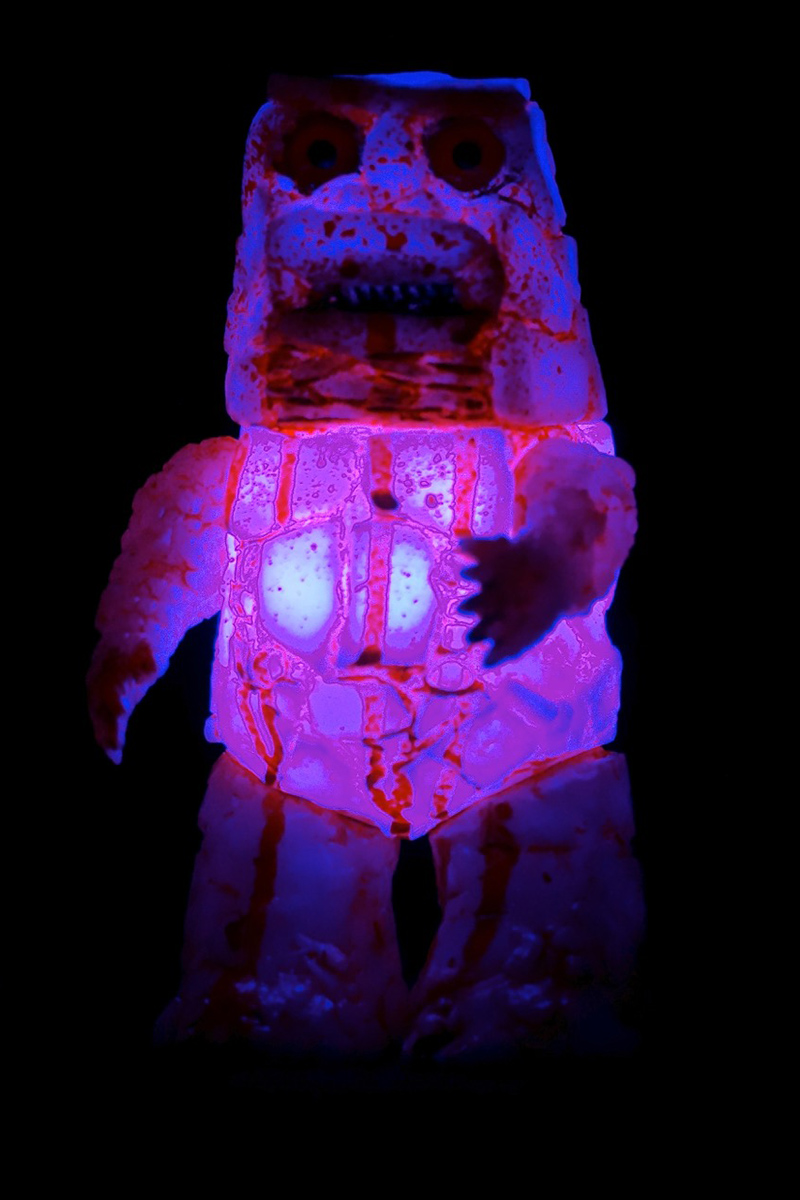 Here is the backstory:

Our story begins some fifteen thousand years ago with a small band of Siberian hunters crossing the Bearing Sea ice bridge and slowly making their way south over the glaciers of the last North American Ice Age. It is a treacherous journey with week long storms of furious white driven by fierce and frozen winds. In the fury of one blinding storm, the leader of this clan looses his footing and falls into the black void of a half mile deep crevice.

The group continued south and their decedents eventually became the Anasazi people
( ancient ones ) who populated what is now the South West of the United States from 100 AD thru the end of the 13th century.

In the year 1678 a Hopi medicine man ventured north from his village on a vision quest to seek the wisdom of his ancestors, the Anasazi. His journey took him far from his home to a deep cave in the terminal moraine of the last glacial age near the Canadian border. On the tenth night, the flame of his fire caught a reflection from something high above him in the cold black of the cave. As the medicine man moved closer with a lighted piece of hickory, he saw in the cave wall what seemed to be a giant man made of stone with moist shiny eyes. It was in fact the stone covered body of his ancestor, who had fallen into the crevice of the ice sheet fifteen thousand years before. The medicine man used his many skills to summon the flicker of life he saw in the creatures eyes to fill his massive stone frame and free him from the frozen wall.

He returned to his village with the impregnable Stone Walker, who in 1696 led the Pueblo peoples revolt to expel the Spanish from the region.

Some Hopi say they still see the great stone warrior guarding the moonlit flats below the cliffs of First Mesa.