The Art of MST3K The Comic #1 Pop-Up Party

The Saturday night mingle featured The Art of Mystery Science Theater 3000 The Comic #1 (from Dark Horse), with large posters featuring pages from the comic book adorning a single brick wall. Several members of the cast were in attendance. Jonah Ray and Joel Hodgson were donning those iconic Gizmonic jumpsuits (yellow and red, respectively). Rebecca Hanson, Tim Ryder, and Grant Baciocco were also there, albeit in much more pedestrian (and comfortable) attire. The only cast member in attendance at Dragon Con that was missing was Felicia Day (there was a girl dressed up as her character...if that helps).

The event had Bottomless Totino's Pizza Rolls (the bottomless being negated by the fine print - *While supplies last). When you read Issue #1, this will make a little more sense.

In all, there were about 30 or so people in attendance...nerding about over Mystery Science Theater 3000, art, and bad movies/comics. I took some photos along with a very short video. **I am afraid of taking Joel's picture, because - at a live event - I was told he's not a fan of having his photo taken (I can totally understand...I mean look at my photo alongside Jonah Ray below).

But what I really wanted was to snag one of these giant prints... 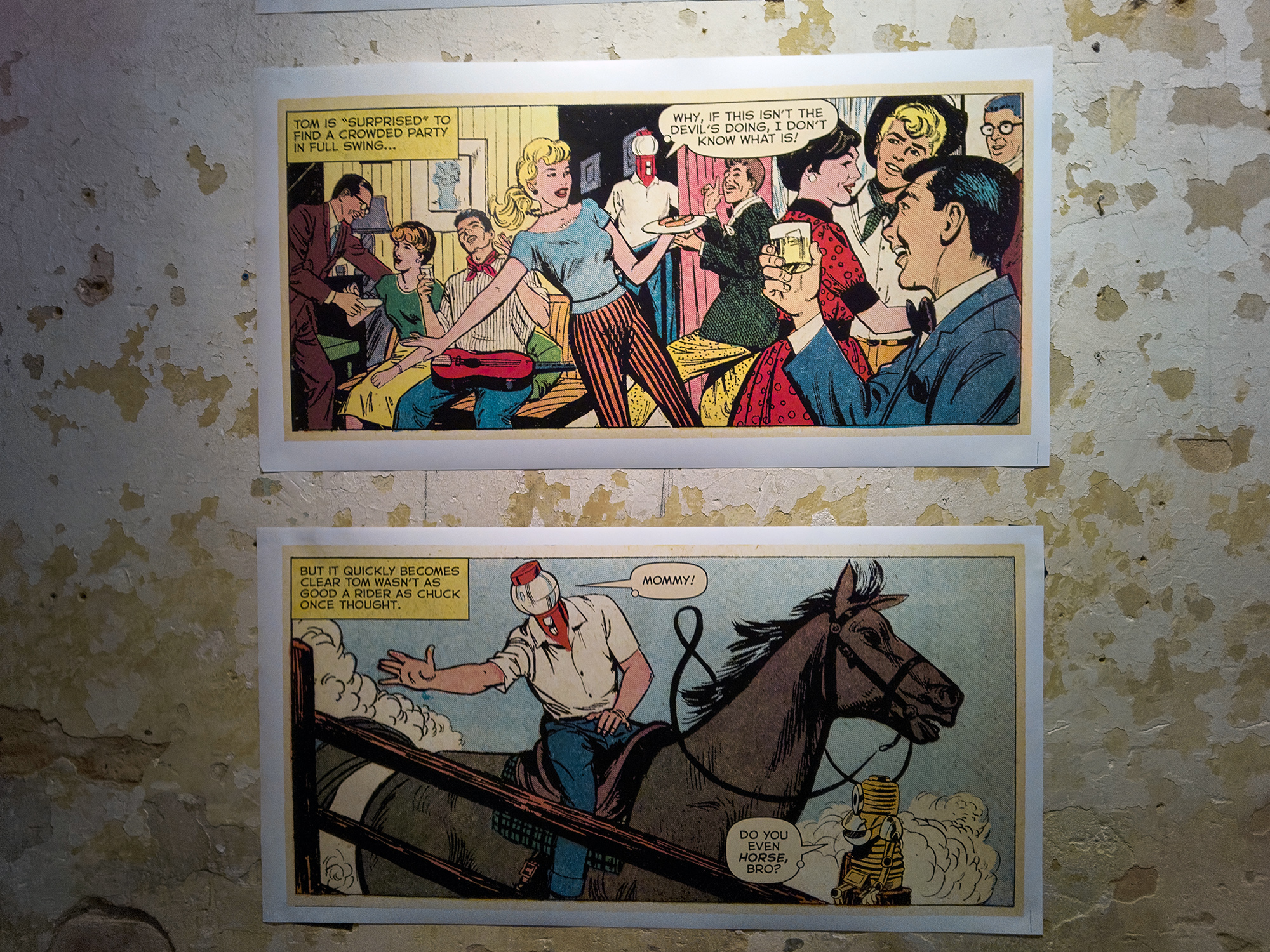 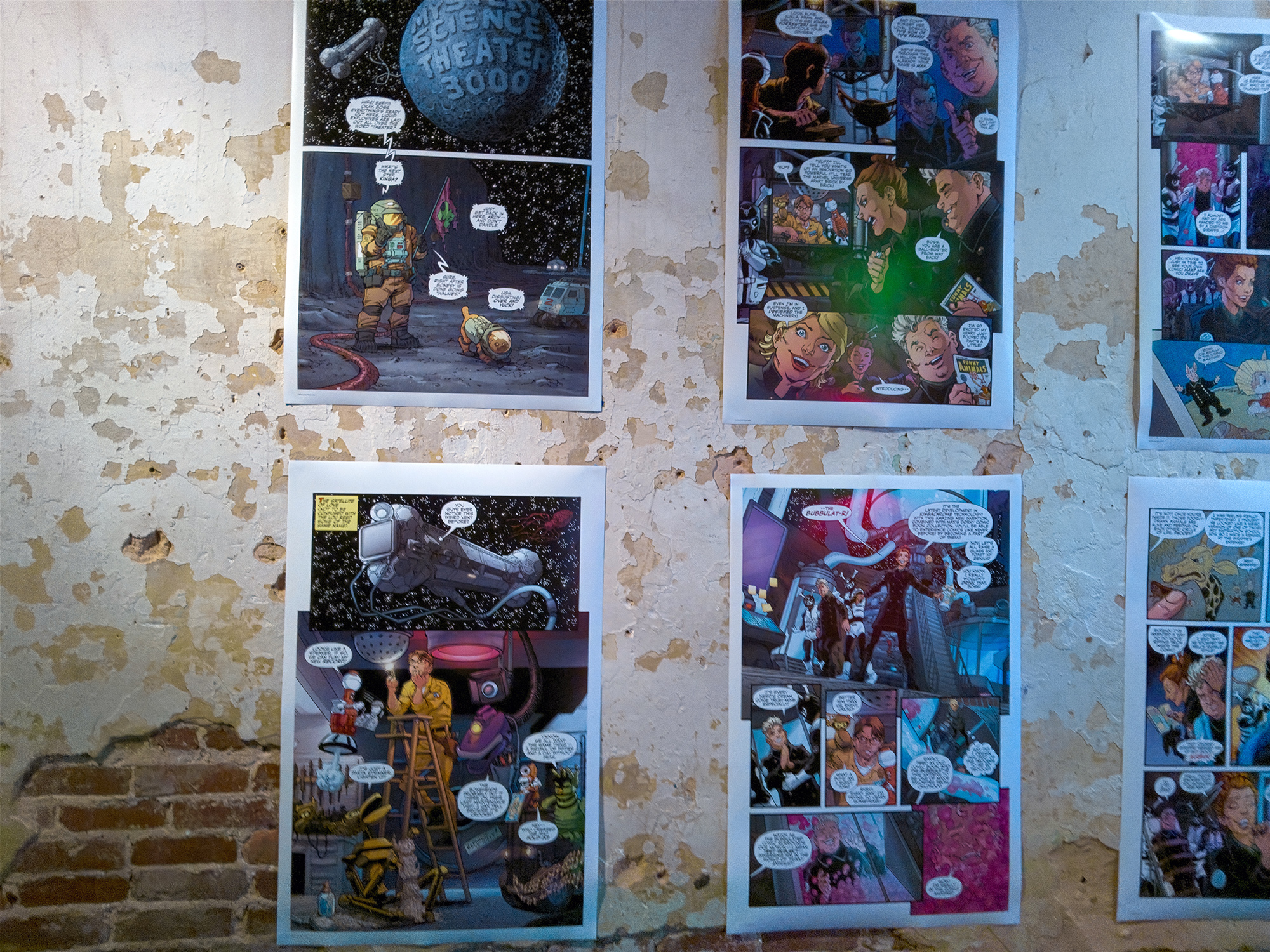 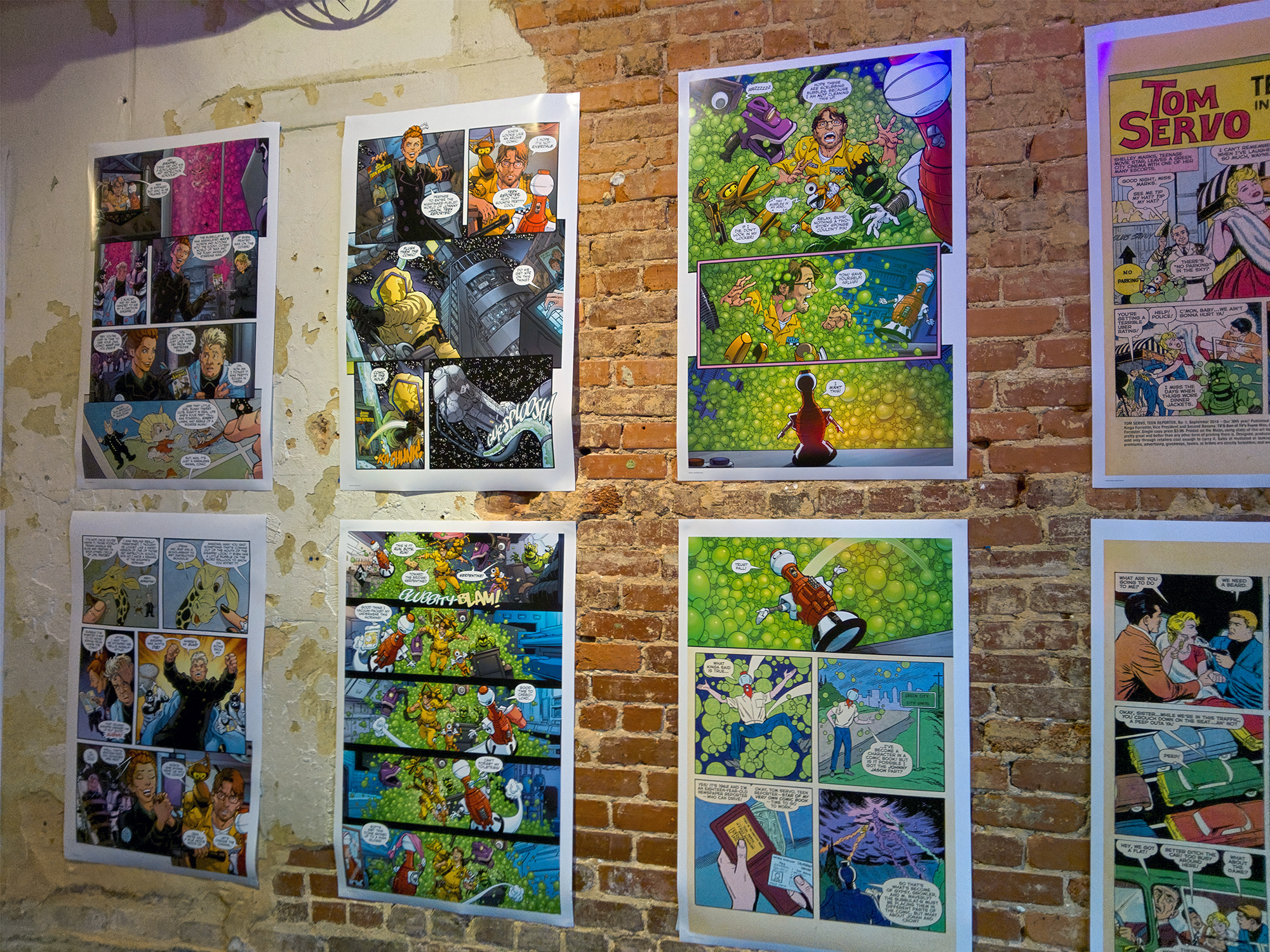 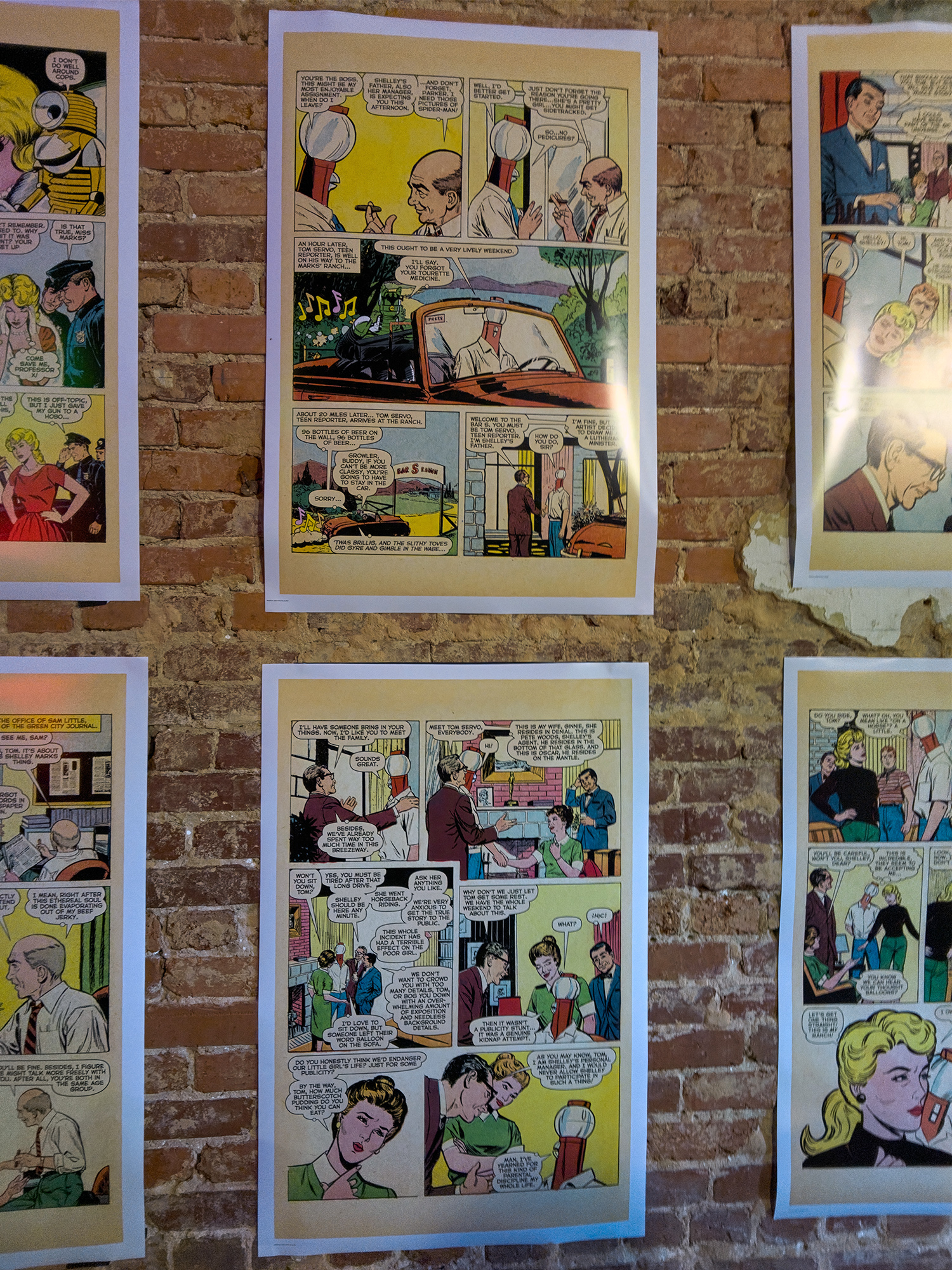 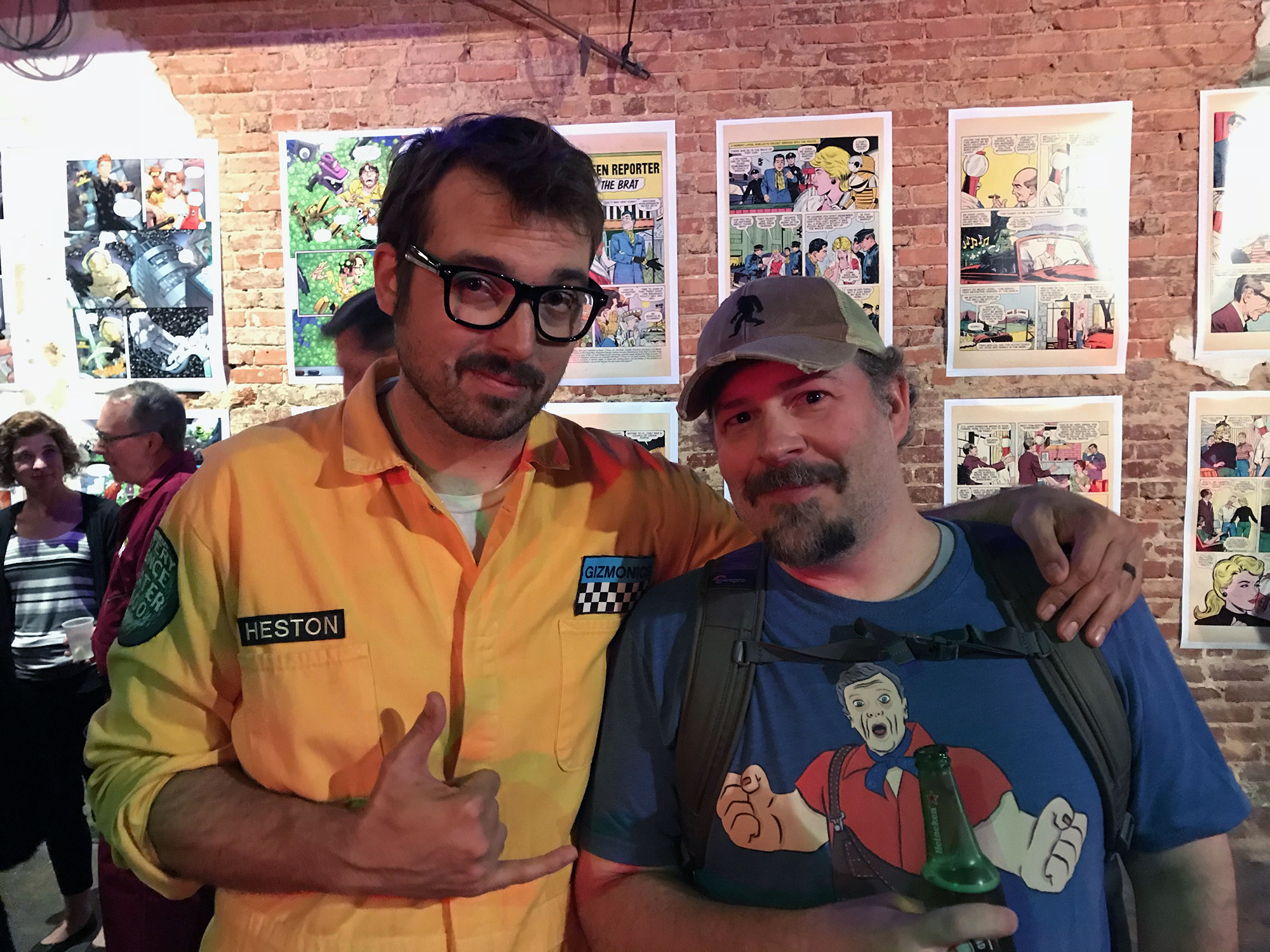 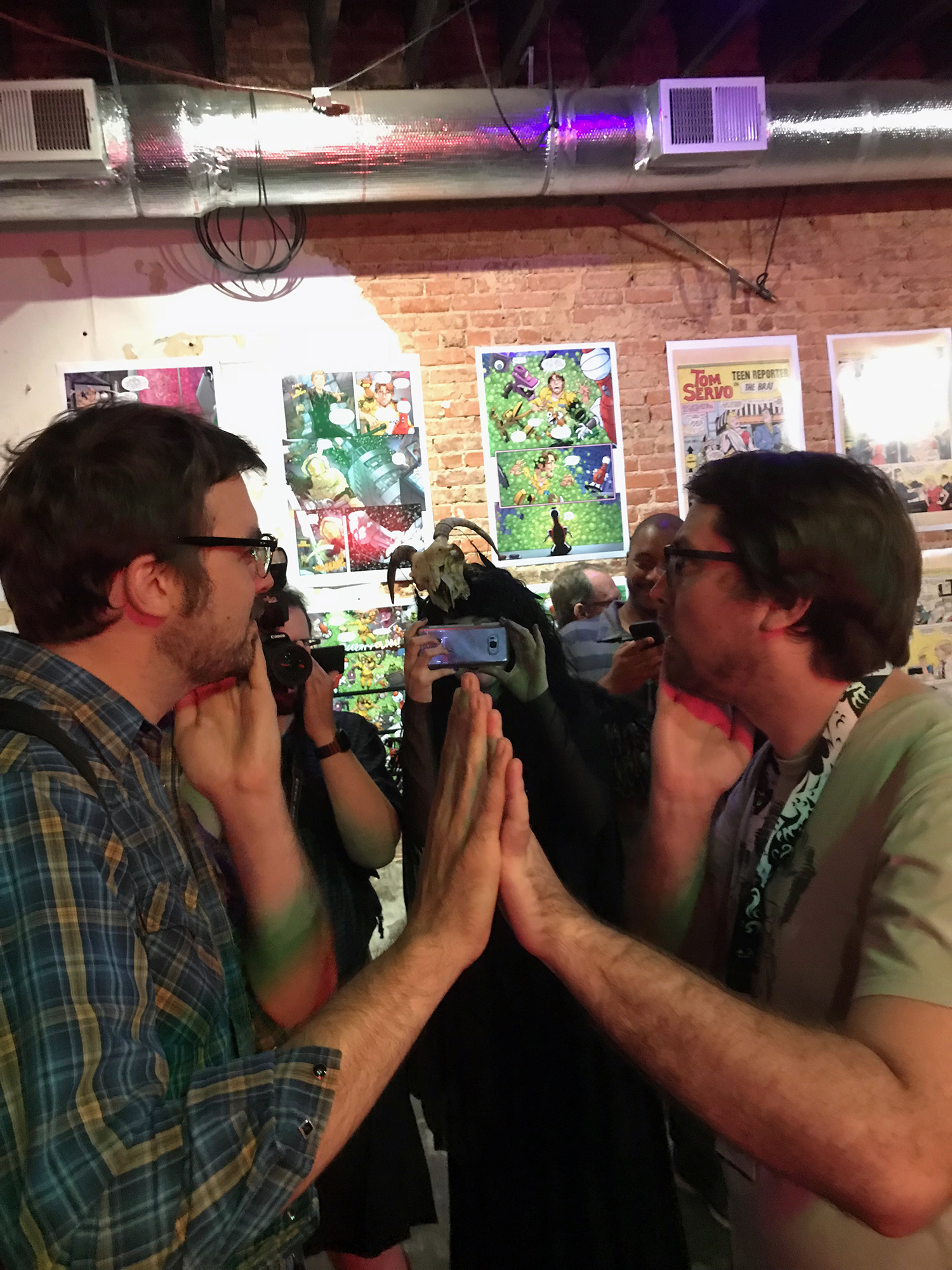 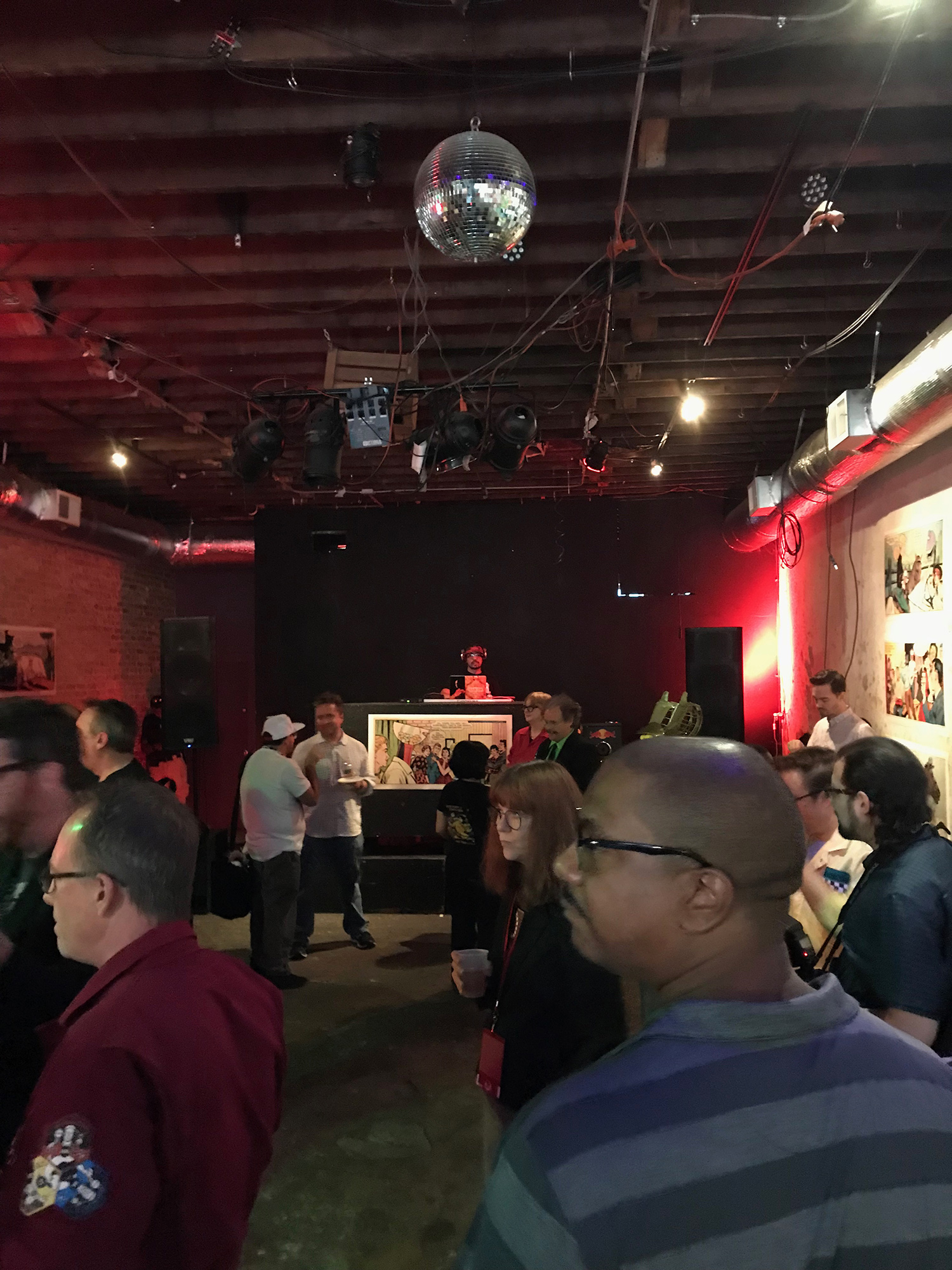