To celebrate the 500th creation of Movie Masterpiece Series from Hot Toys, they have announced the diecast version of the iconic Iron Man Mark VII 1/6th scale collectible figure from The Avengers by Marvel Studios. Inspired by one of the jaw-breaking scenes that presents the suit launching to wrap around Stark momentarily, the brand new Iron Man collectible figure successfully recreates Mark VII’s complicated yet distinctive alternative form – the large suit pod.

Sideshow Collectibles currently has the figure available to pre-order in two versions - the Standard and Exclusive (includes the Mark VII suit pod hologram) - for $433.00 each. They are expected to begin shipping in Q4 of 2019. 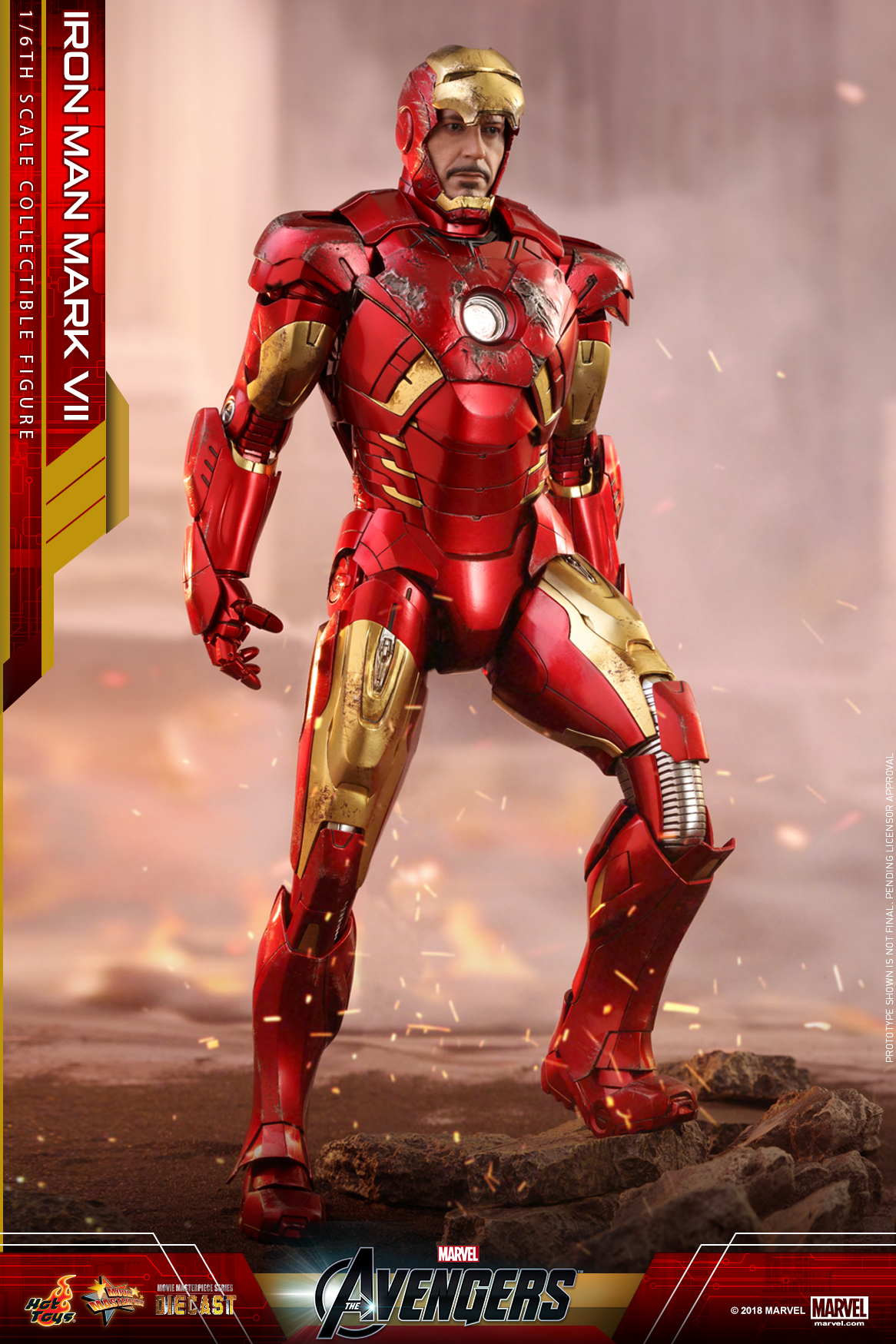 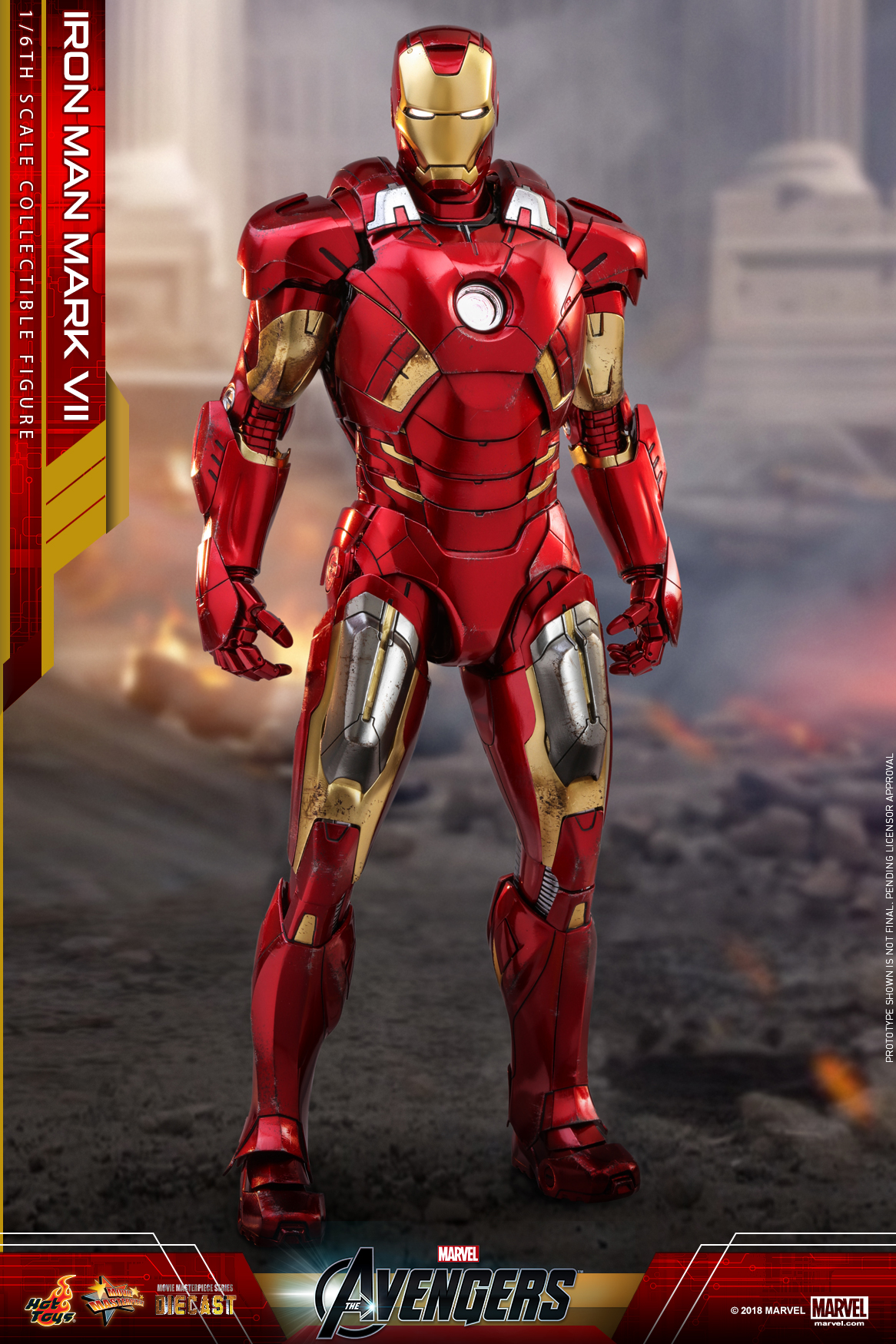 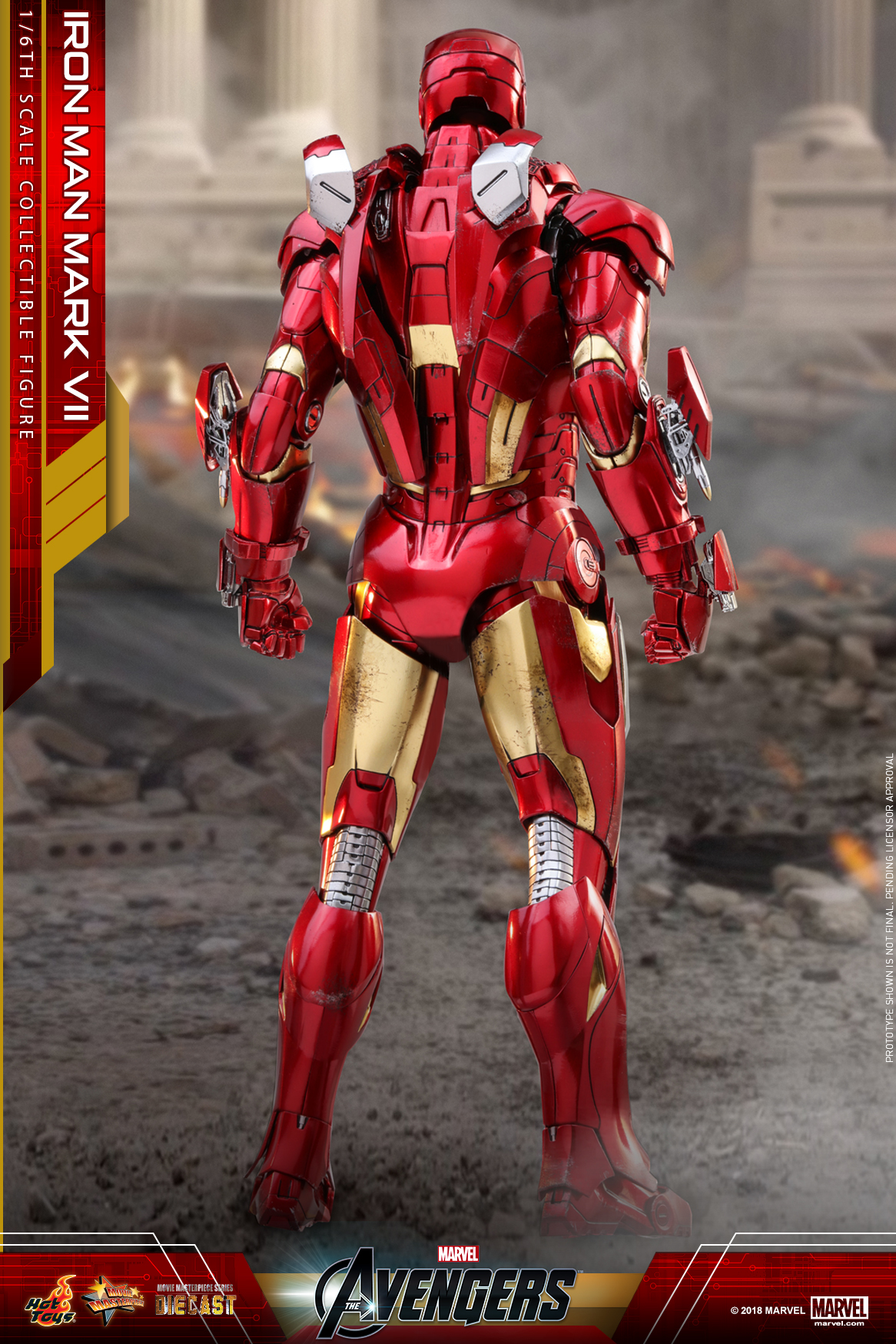 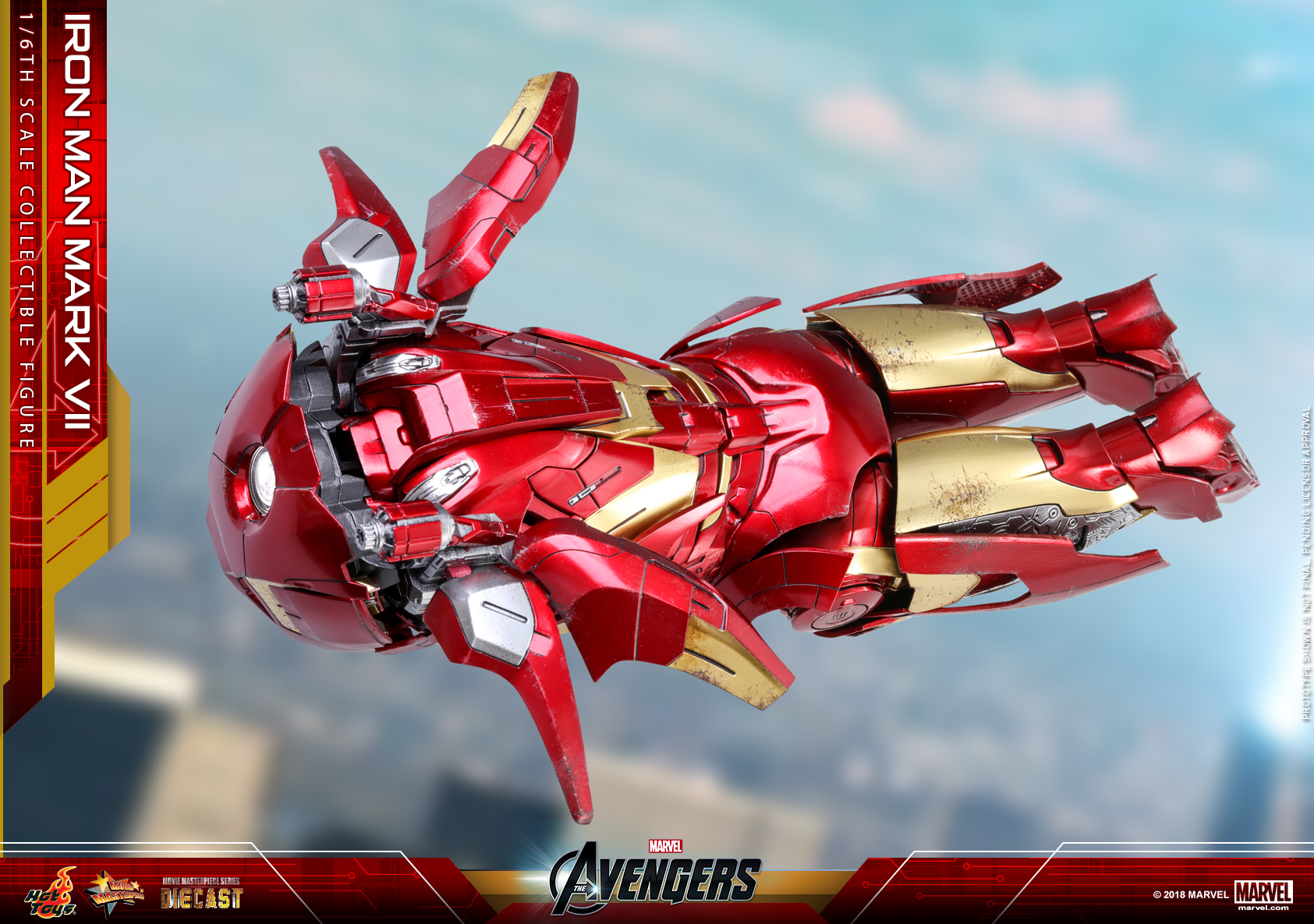