Ant-Man has returned to the silver screen in the newest Marvel film - Ant-Man and The Wasp. And, thanks to Hot Toys, the character is returning to collectors with the Ant-Man and the Wasp Cosbaby (S) Bobble – Head Series.

Also, another exclusive set consists of Ant-Man on Flying Ant. And, last but not least, there's Hot Toys’ original character, Movbi, wearing a pair of honeycomb shaped glasses with a hotdog will come together in a special box set that features Ant-Man Cosbaby Bobble-head with a shiny metallic colored helmet. 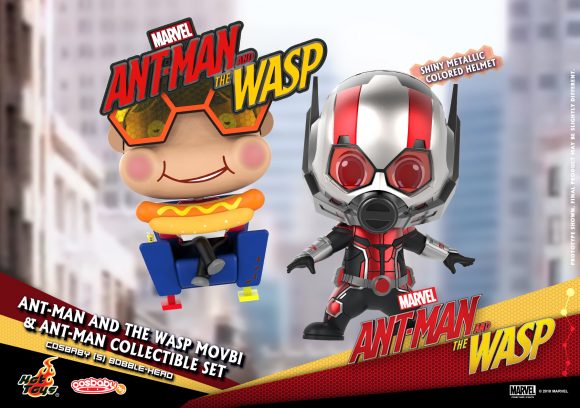 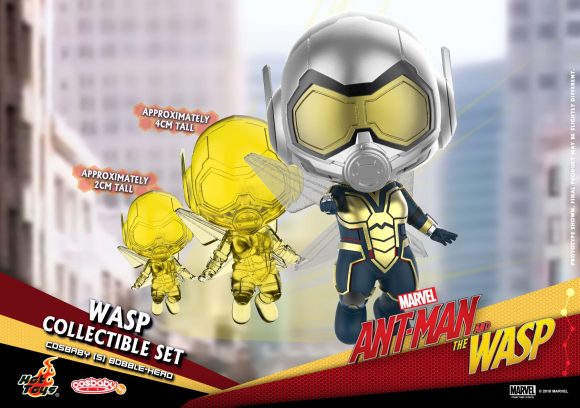 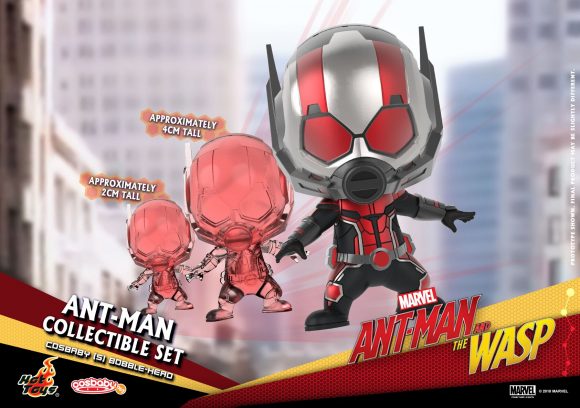