With the world premiere of the Avengers: Infinity War approaching, Hot Toys is excited to present the second wave of their Avengers: Infinity War Cosbaby Bobble-Head Series. This series includes Thanos, Corvus Glaive, Iron Spider, and Hulkbuster & Bruce Banner. Each of these Cosbaby(S) Bobble-Head is designed with a bobble-head function and stands approximately 3.75 inches to 4.5 inches in height. 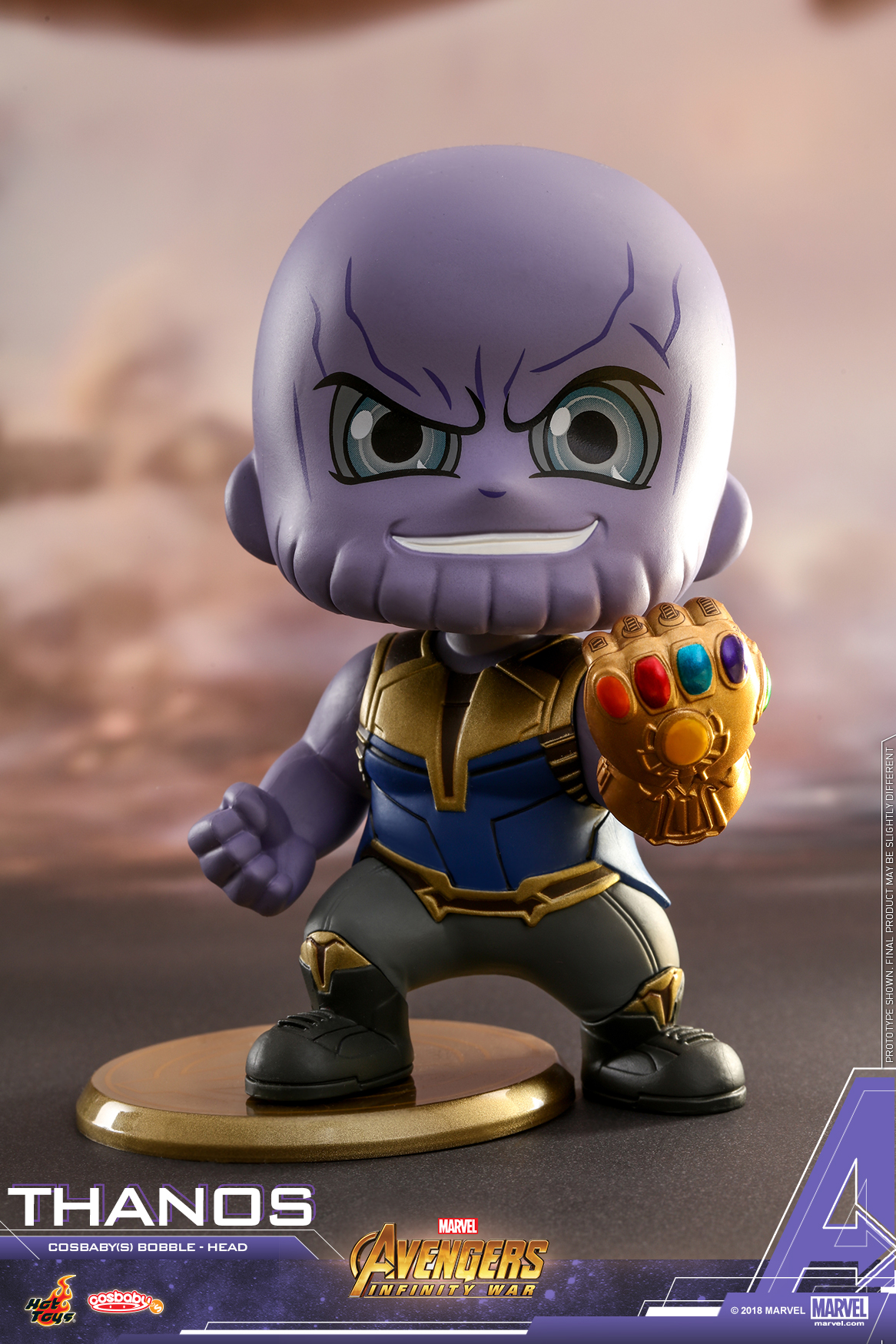 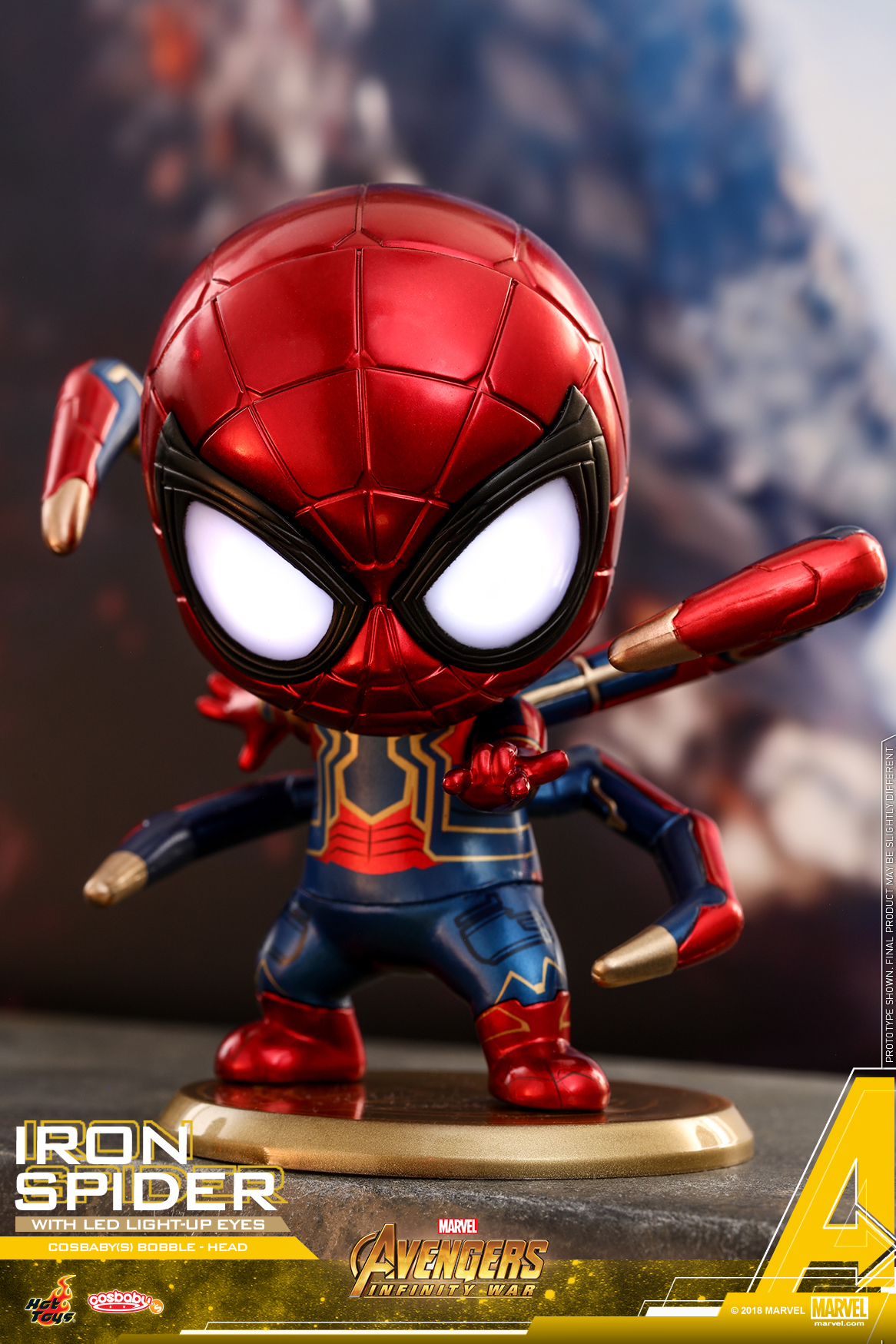 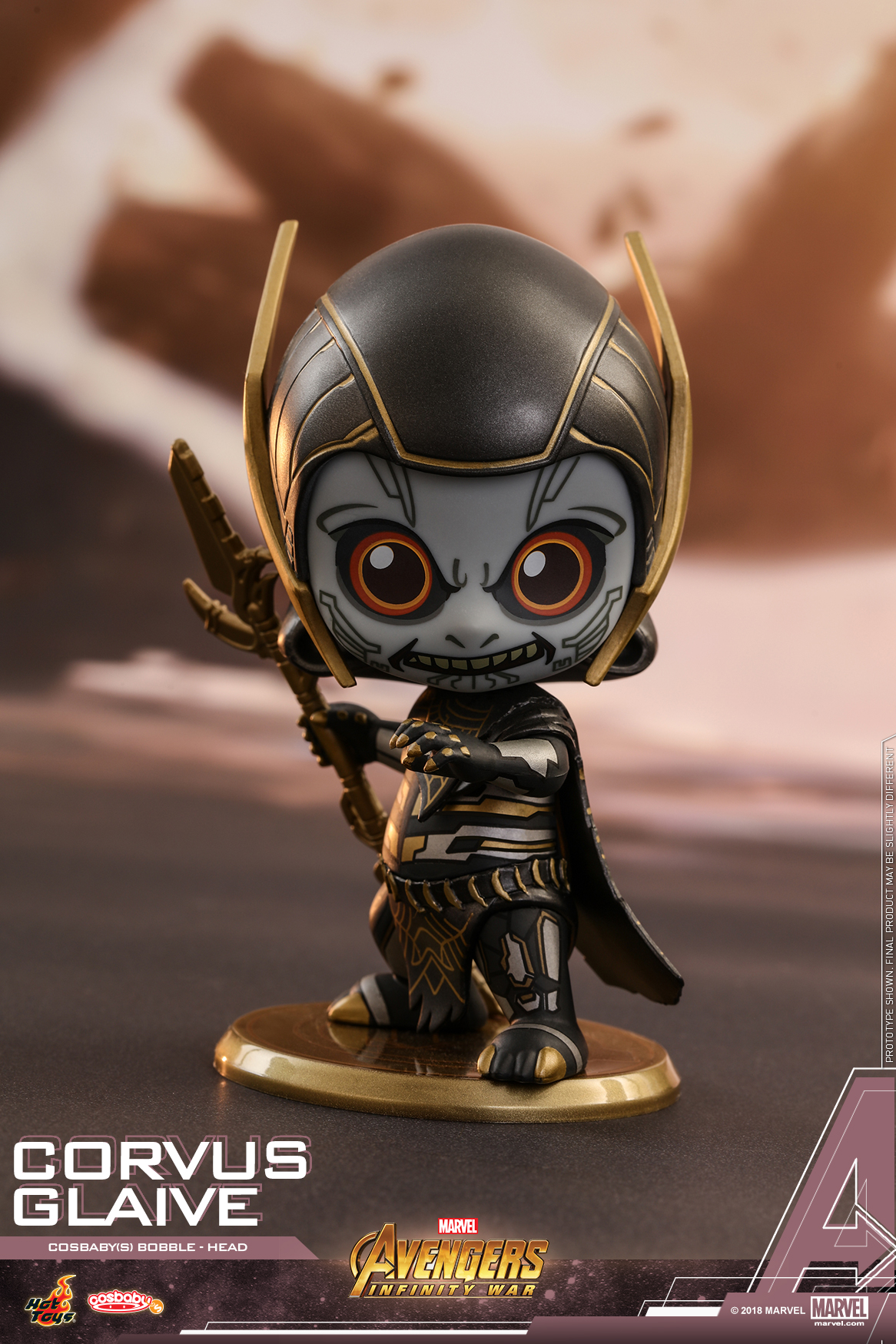 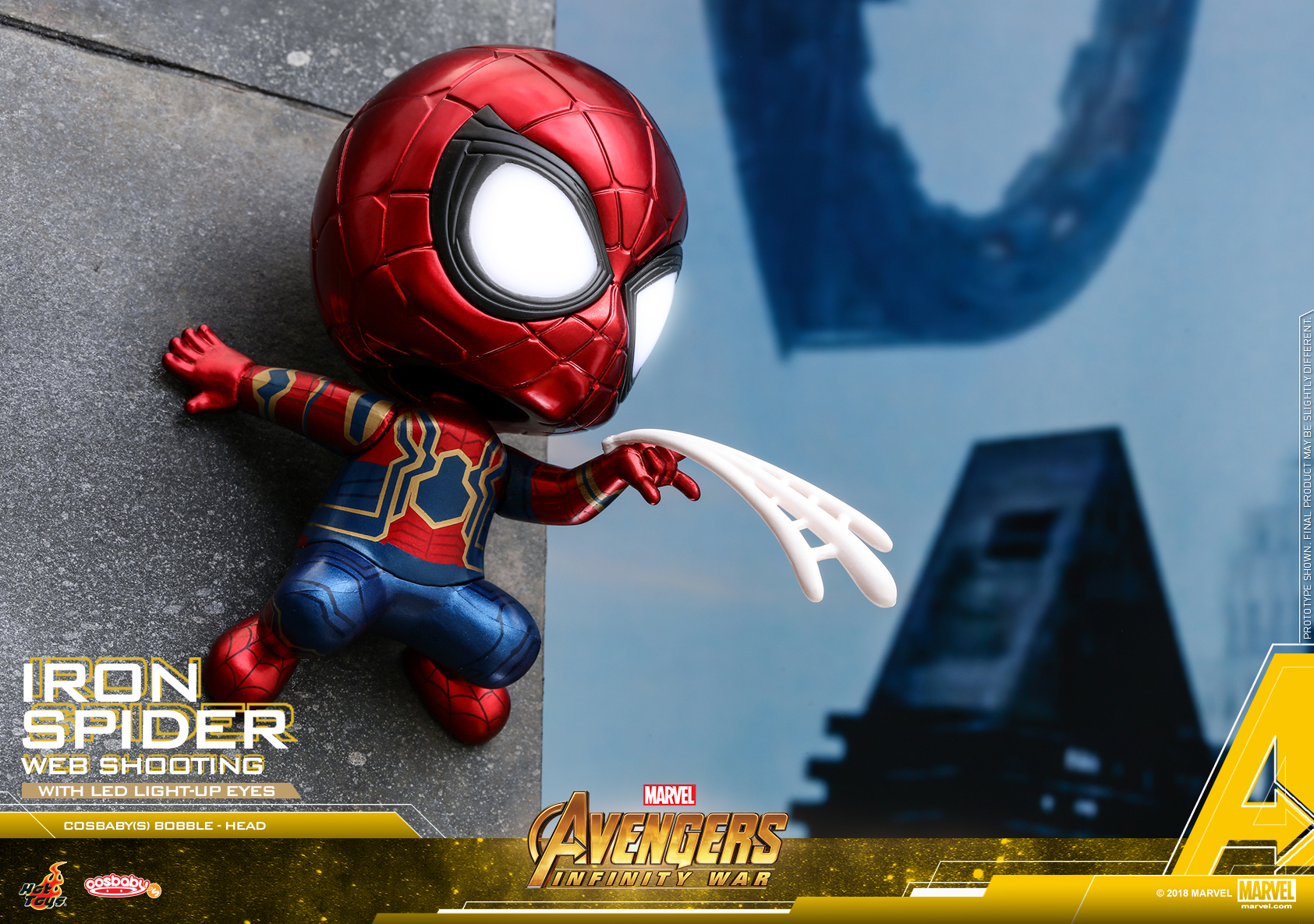 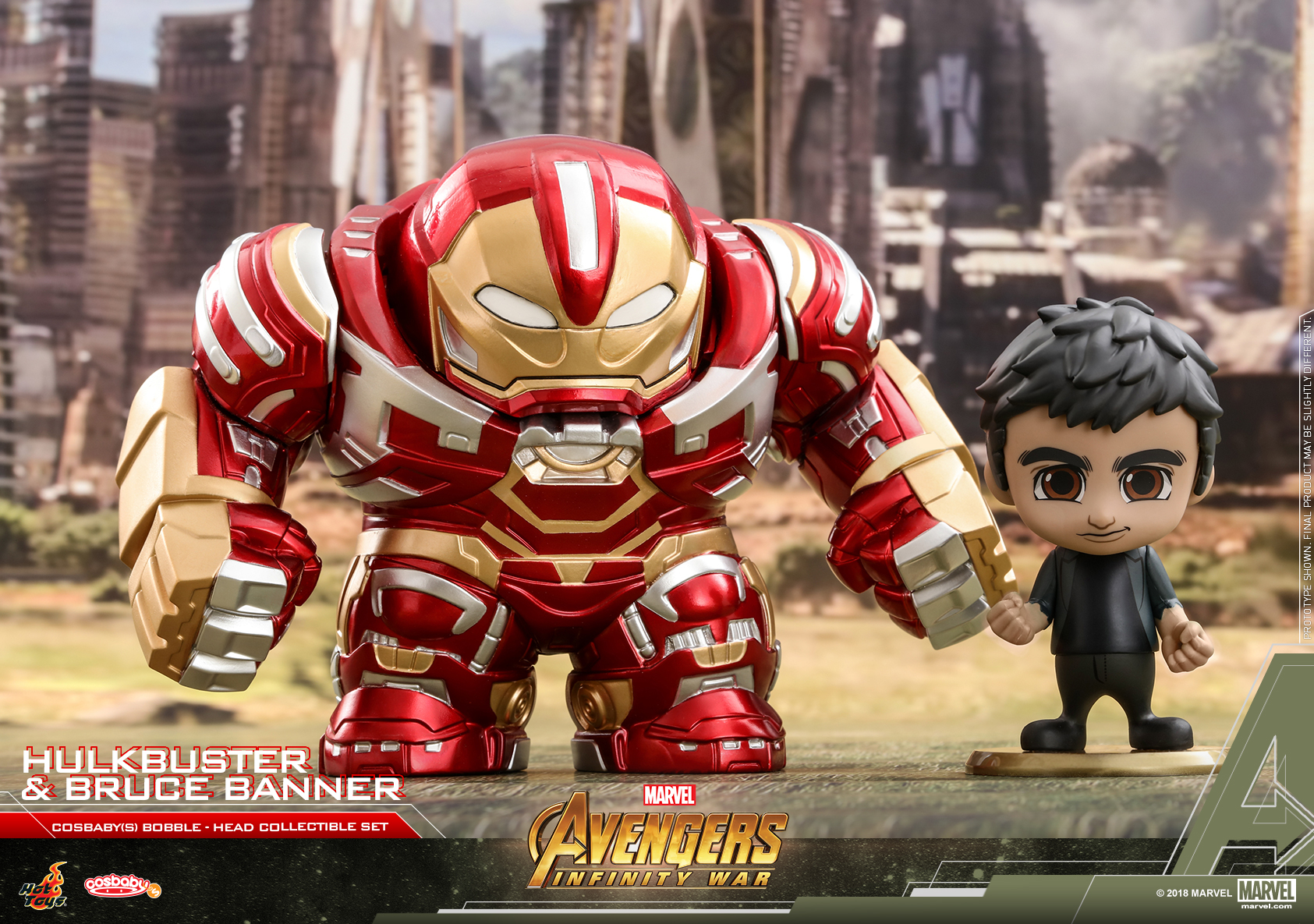