Marvel Select is Diamond Select Toys’ premium line of Marvel Comics’ action figures. They’re a little more articulated than your average action figure and sculpted by a number of different, well-known sculptors. For example, the Netflix Daredevil action figure we’re featuring in this review was sculpted by Gentle Giant.

Based on Daredevil’s look in Season 2 of the Netflix series, this version of Matt Murdock is wearing his dark red and black superhero outfit. The figure includes a few accessories. There’s two different sets of hands – fists and open hands. The open hands are meant to hold his pair of billy clubs. In addition to the weapons, the figure includes a plastic background diorama.

The first thing I would do is toss the diorama. It looks nice and all, but this is more of a play toy than a display toy. There’s a lot of articulation there for a plastic figure that’s not 1/6th scale.

Other Daredevil figures I’ve seen have come packaged with a number of different billy clubs – separated, connected into one, connected via a wire. This one version has the separated (that can turn into a single) version. It also has a holster, where you can stow those billy clubs.

While it’s based on the likeness of Charlie Cox as Daredevil, it’s tough sculpting and painting a partial face sculpt at this scale. And trying to duplicate facial hair is often the downfall of many a good figure. Unfortunately, Daredevil sort of looks like he just finished up eating a mud pie.

With that said, my kids loved adding this to their action figure rotation. At $24.99, it’s really a toy for kids to play with (even if it’s from a TV-MA Netflix series). 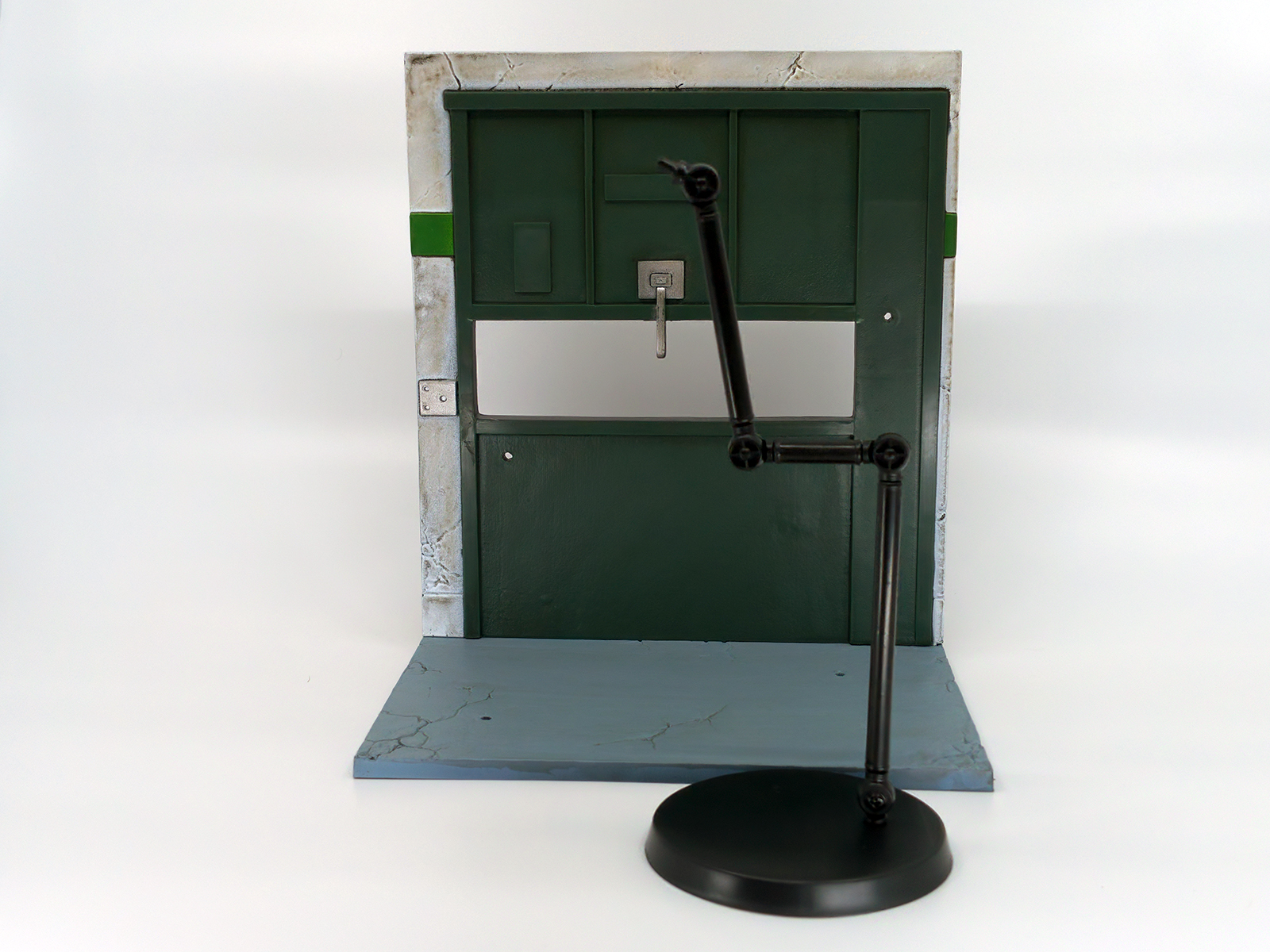 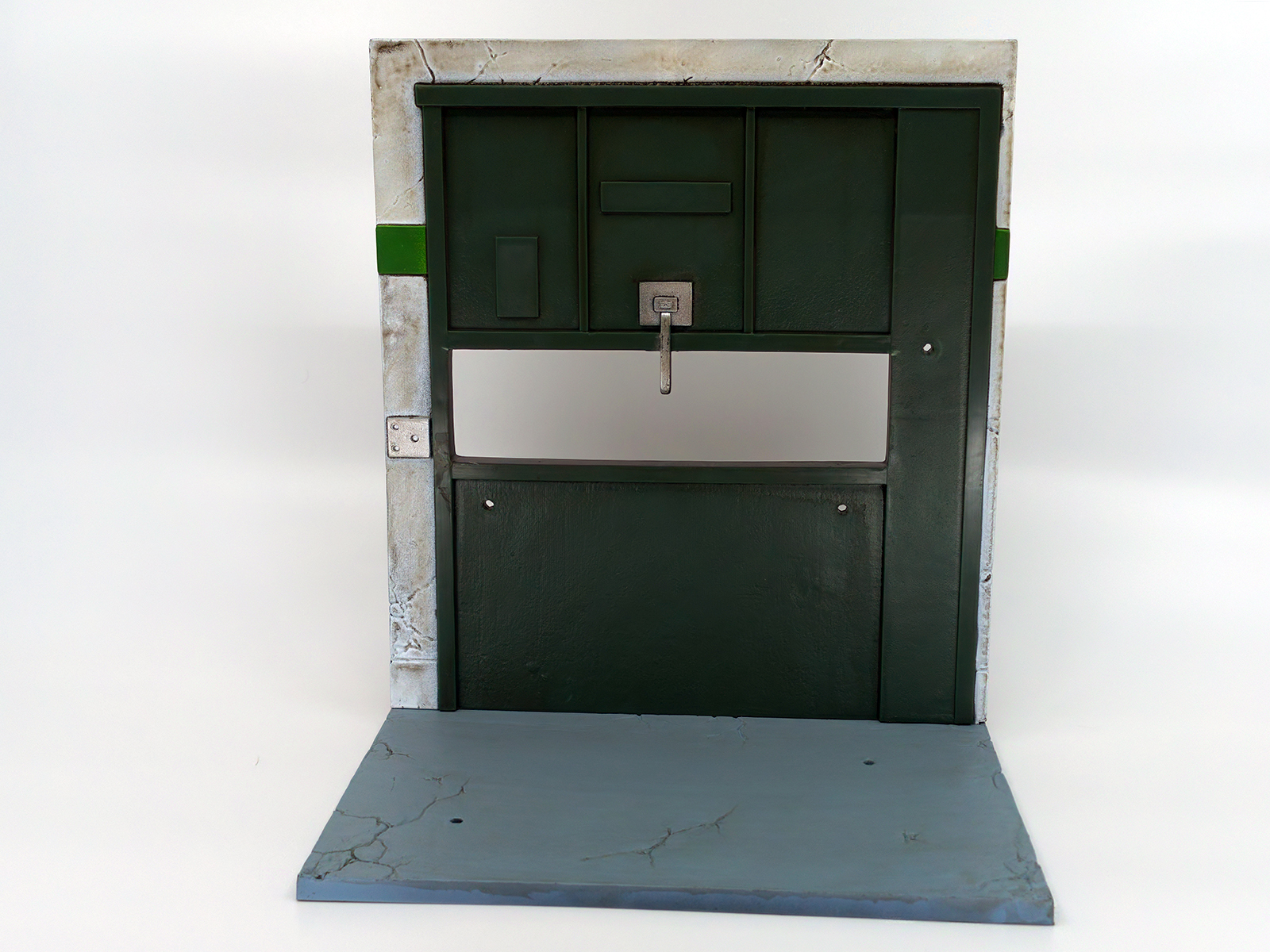 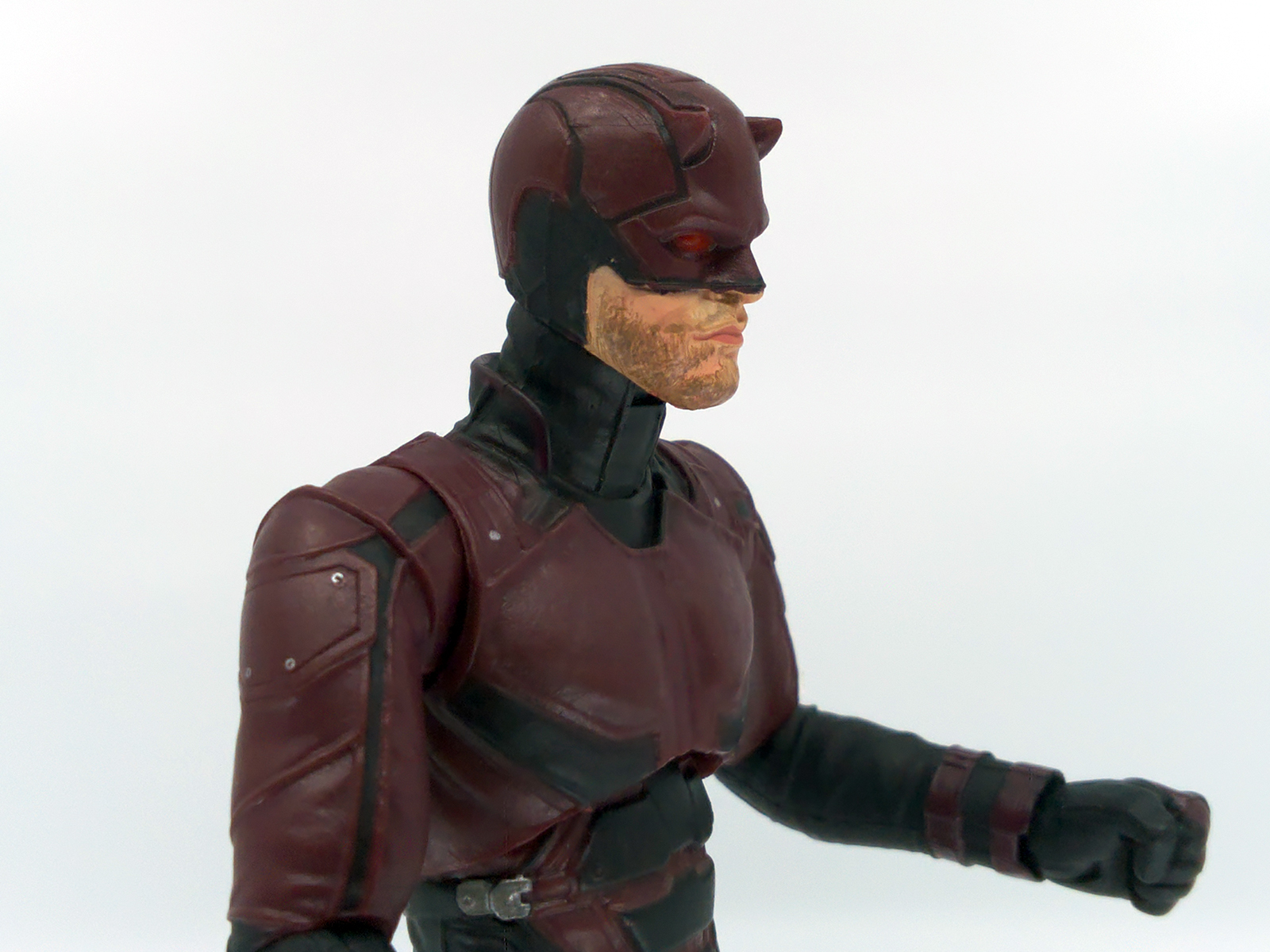 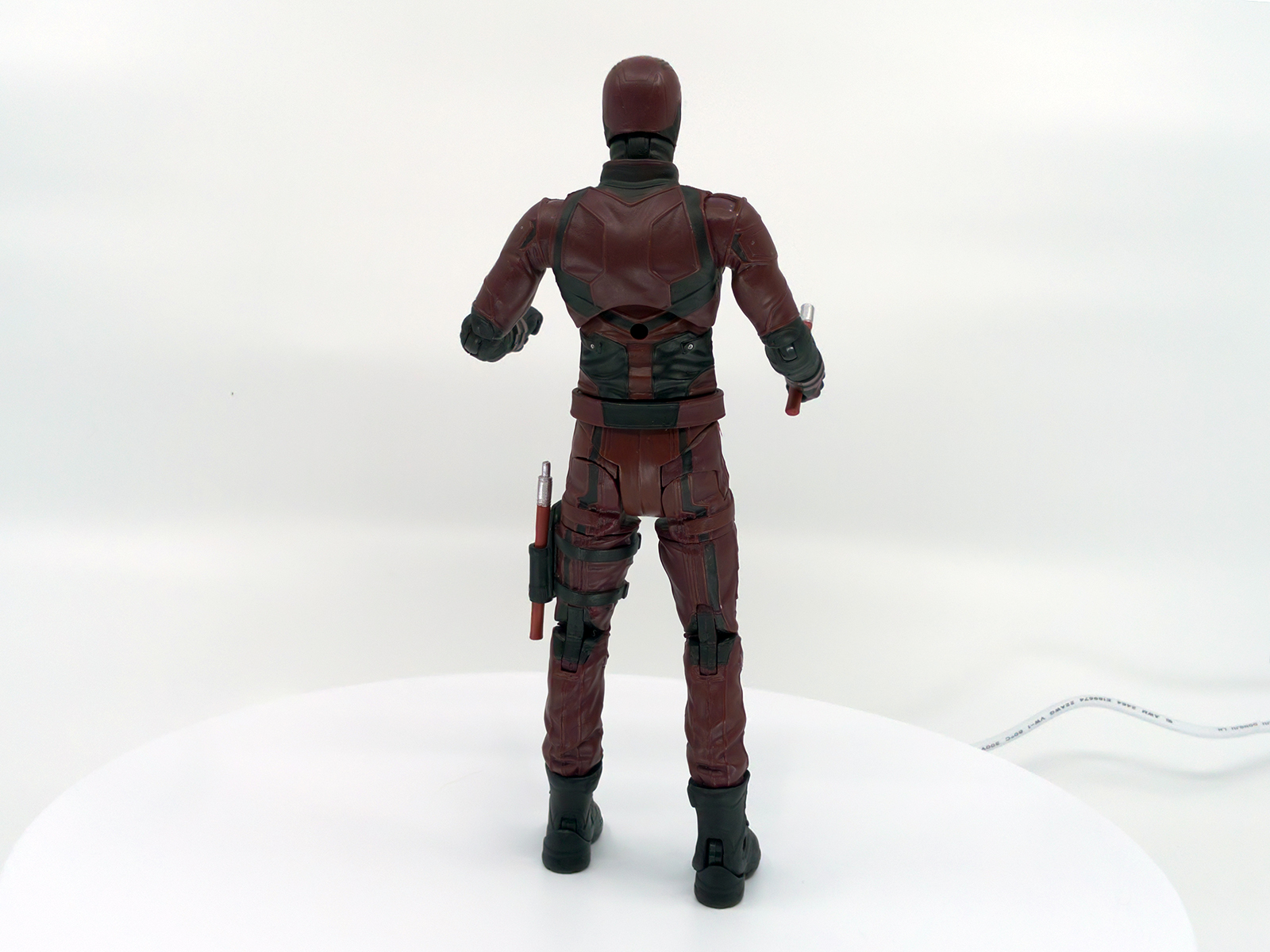 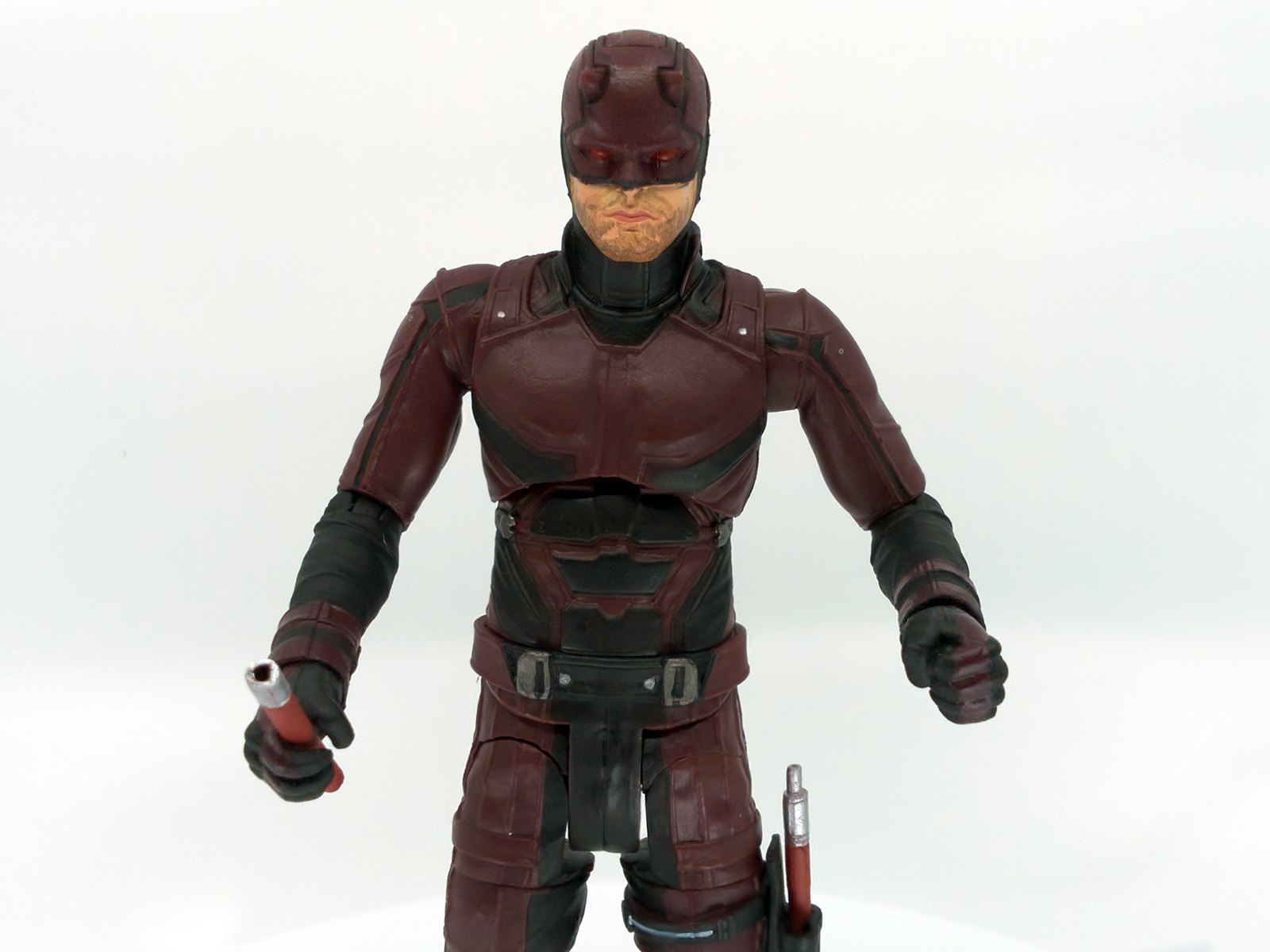 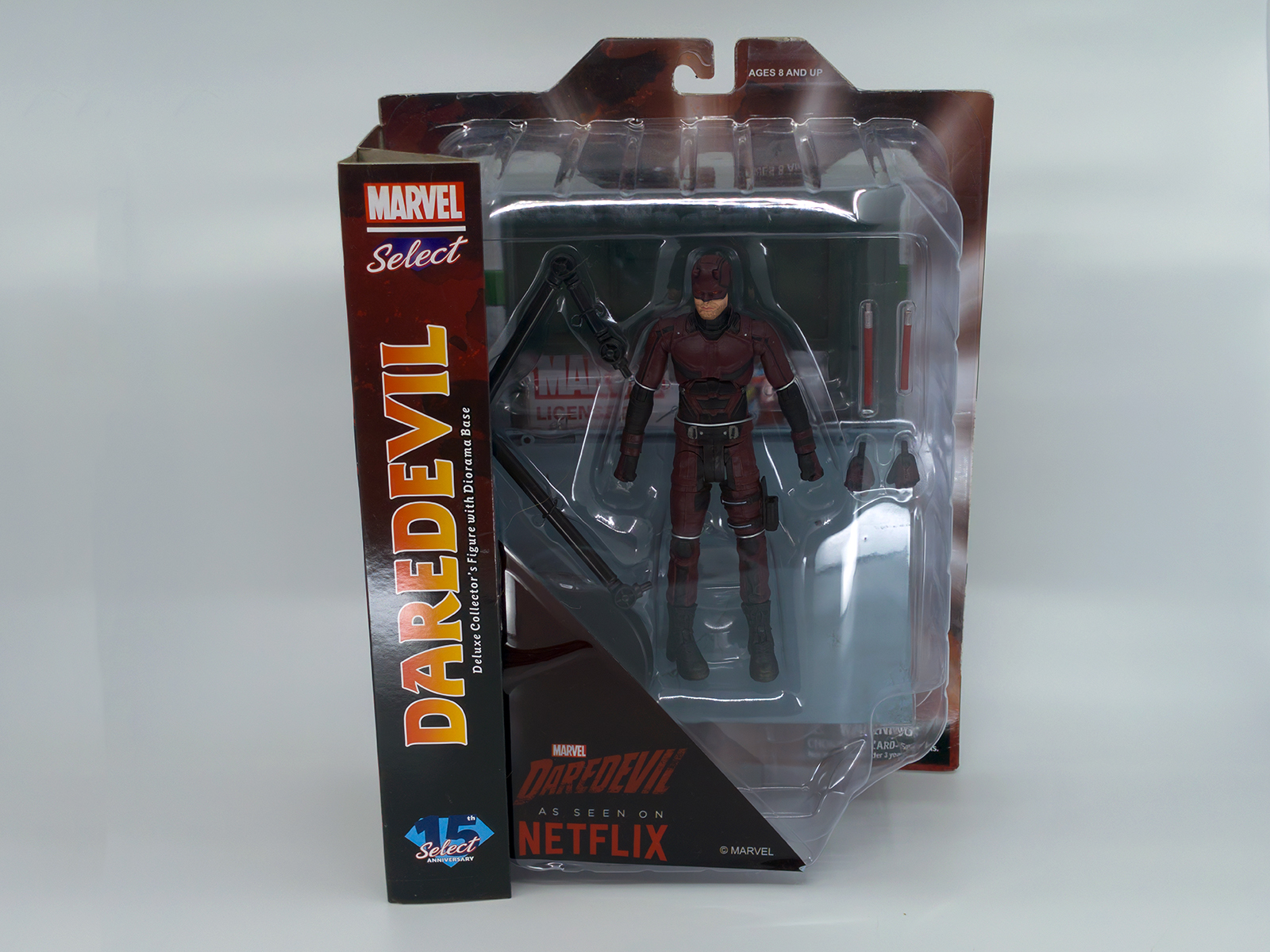 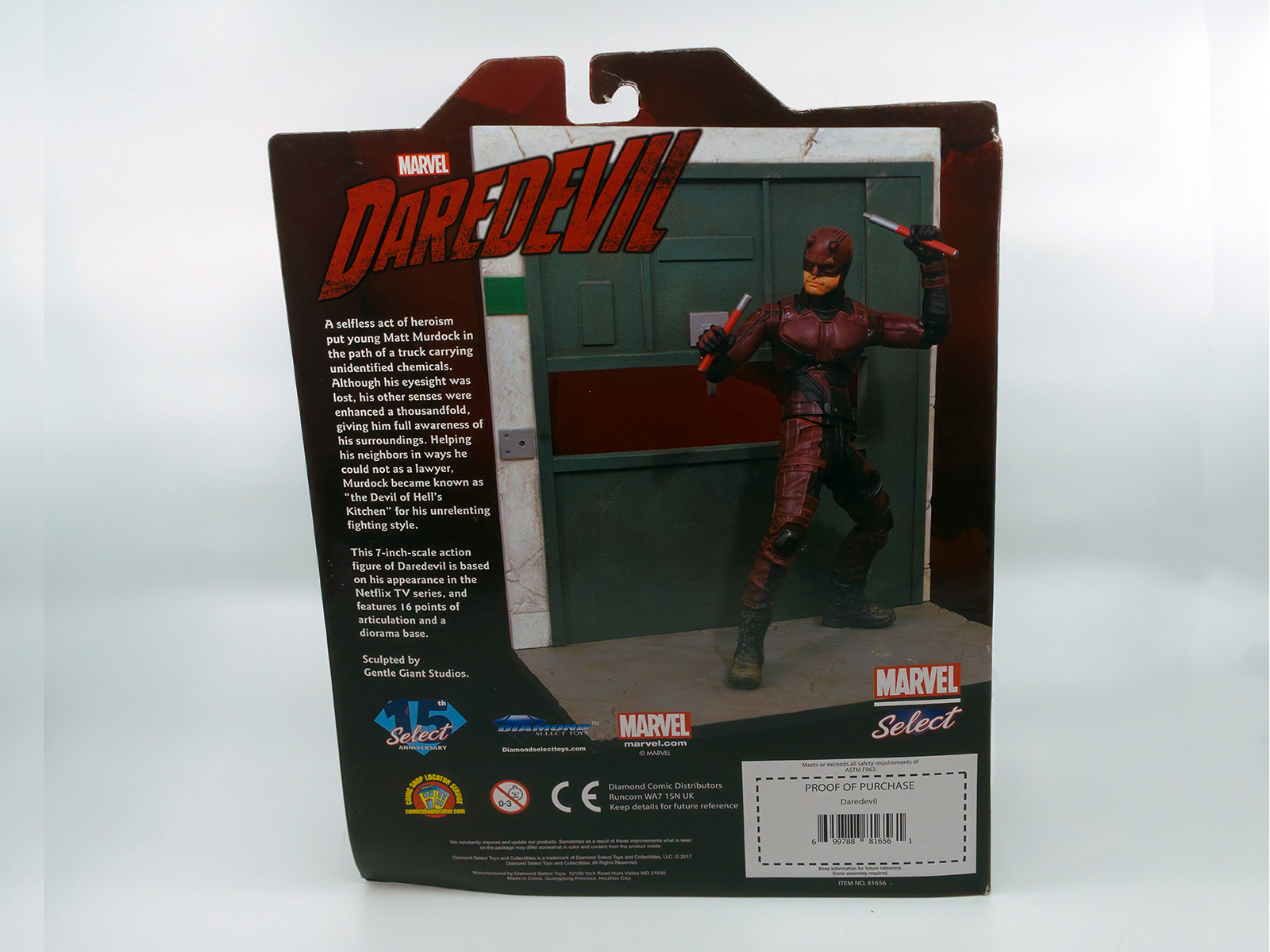