If you go by what critics have to say, you’d likely want to steer clear of the film adaptation of Stephen King’s The Dark Tower. Currently, Rotten Tomatoes has a score of 16% for the movie. That’s not too good. It's like in Adam Sandler movie range. But the audience score is almost 50%.

Being a big fan of the book series, I was looking forward to seeing a big screen version of the epic story. Unfortunately, they decided to not simply adapt King’s stories. They went in a new direction, telling a new story with the main characters from the books

I might be in the minority, but I actually enjoyed the movie for what it was. It was entertaining. The movie definitely wasn’t anywhere on the same level as the books. But it was more watchable than the critics would have you believe.

There were some collectible tie-ins, including several series of toys from Diamond Select Toys. In this review, we’re looking at the pair of action figures that DST released based on the two main characters – The Gunslinger and The Man in Black.

The Gunslinger features the likeness of actor Idris Elba in his cowboy-themed outfit. The figure comes with a pair of pistols, which can be held in special pistol grip hands. Or you can go the non-violent holstered route. There's also the Horn of Eld - which I don't even remember seeing in the movie.

The figure includes a background diorama, which appears to be from Jake Chambers’ room. There are several stickers (each depicting one of Jake’s drawings) that you can slap onto a bulletin board on the diorama’s wall.

The Man in Black also includes a diorama background. His is from the abandoned house that Jake visits. It says “All Hail The Crimson King” on the wall.

The Man in Black figure is based on the likeness of Matthew McConaughey from the film. His lone accessory is a crystal ball that you can sort of balance in either open palm hand. Luckily, since the ball is fairly small, DST includes an extra crystal ball wrapped up in a baggy. (You’ll likely either lose the first one, or – what happened to me – a cat played with it until it ended up under the kitchen stove.

In terms of 7-inch tall action figures, the sculpts of both actors are very good. They are done by Gentle Giant Studios, who are known to produce high level sculpt. These are both recognizable versions of their on-screen counterparts. The paintwork could have been better, but it’s actually slightly above average for figures of this scale.

The number of accessories for The Gunslinger are adequate. The Man in Black is a little light on accessories. Although, I’m not sure what additional accessories are needed with either figure.

For years, I’ve been hoping for a line of action figures (or 1/6th scale) based on an artist rendition of the characters from The Dark Tower book series. I’m not sure if that will ever happen. Nonetheless, getting action figures based on a film version of these characters is a nice consolation.

Luckily for collectors, Diamond Select Toys has the license. And they’ve done a solid job with both of these figures. And at $24.99 each, you definitely won’t break the bank collecting the entire season. 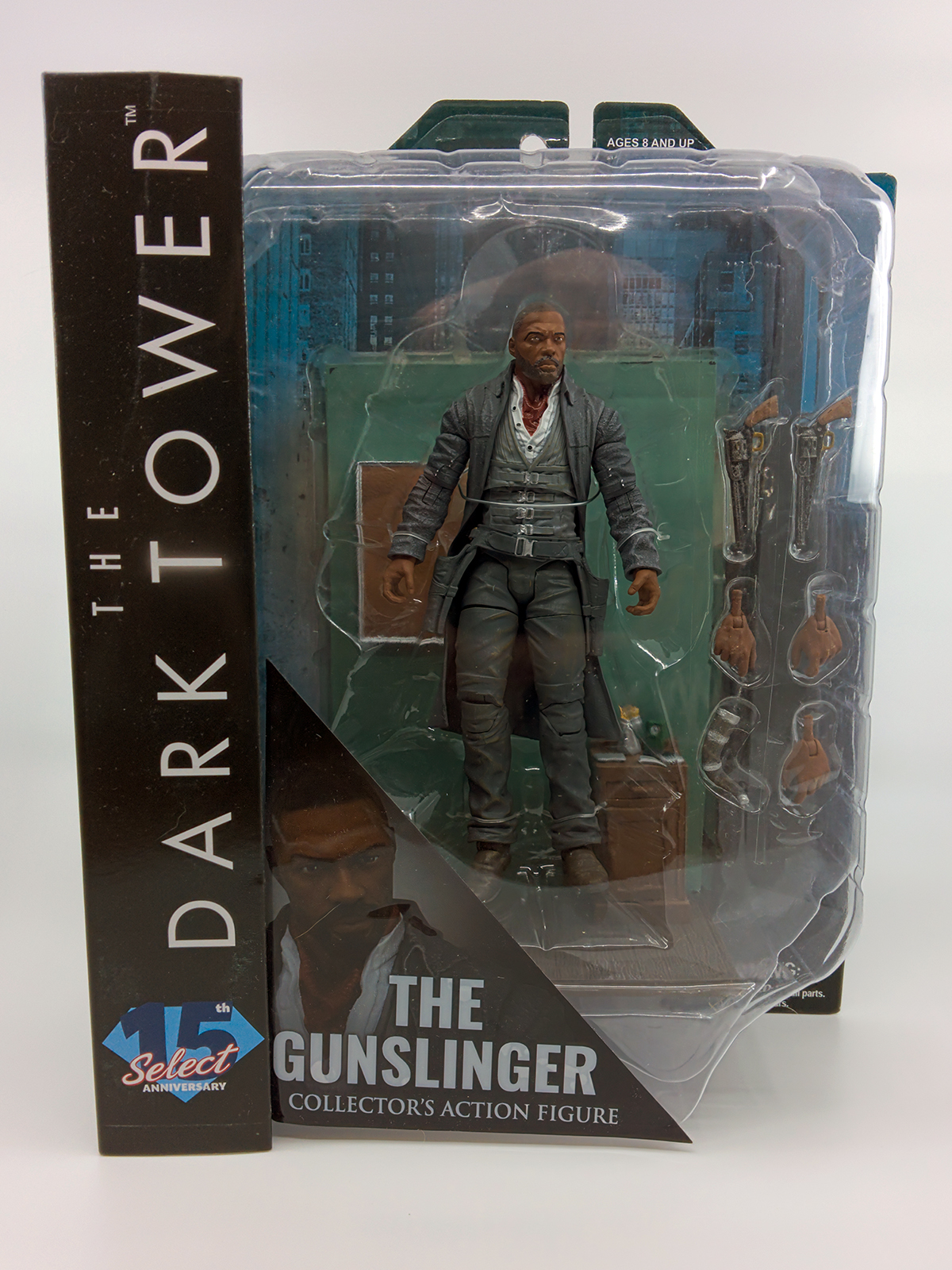 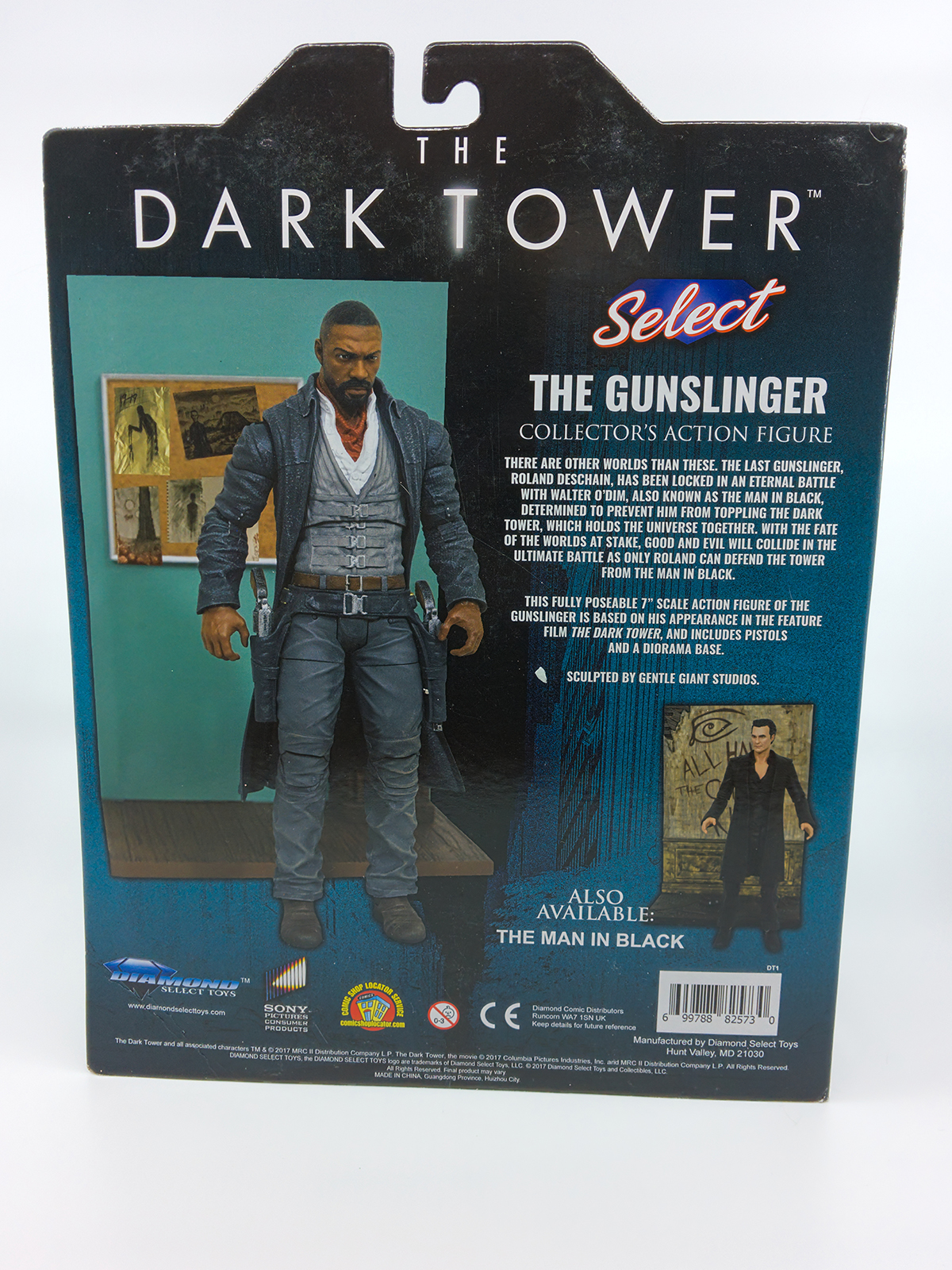 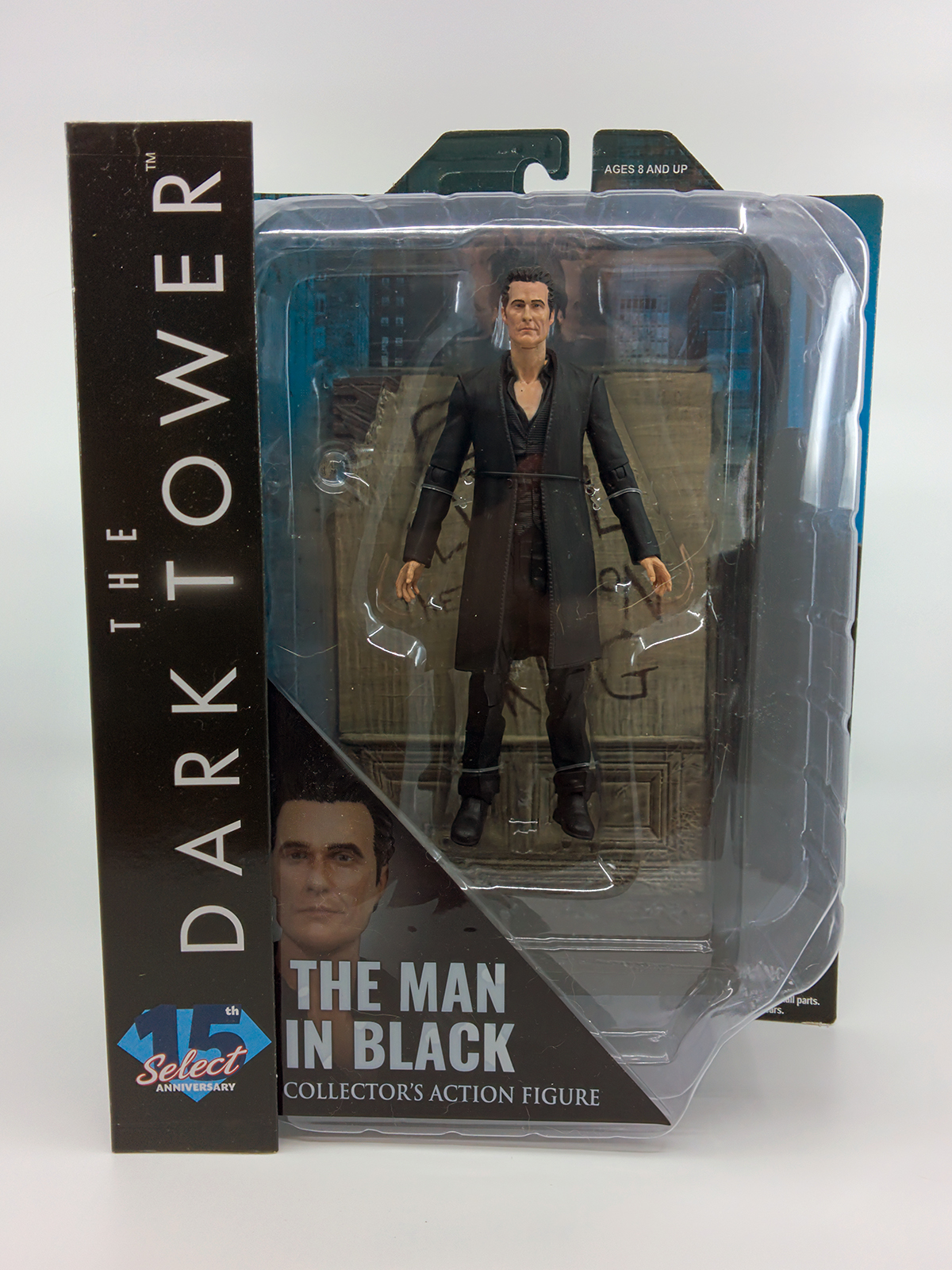 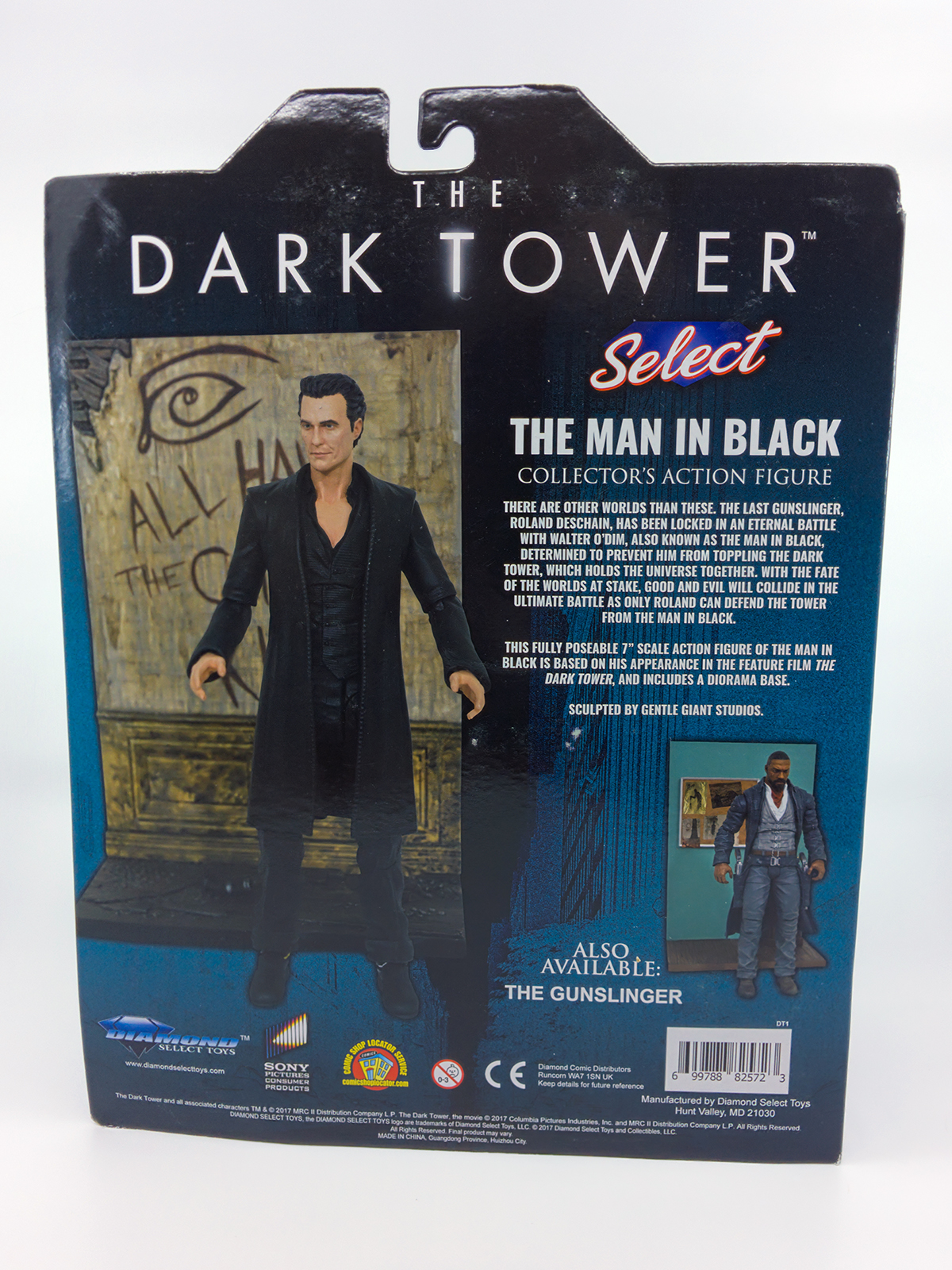 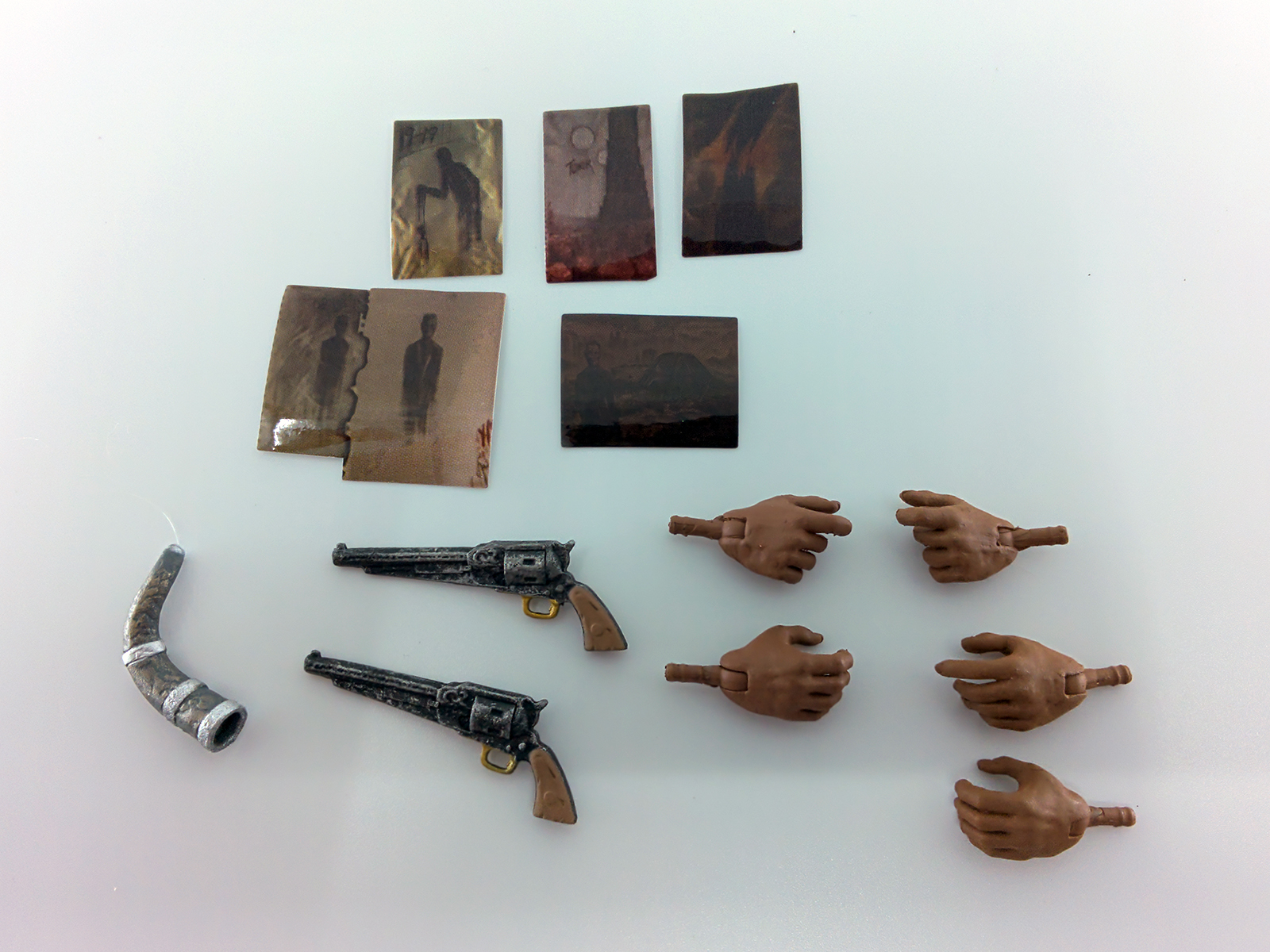 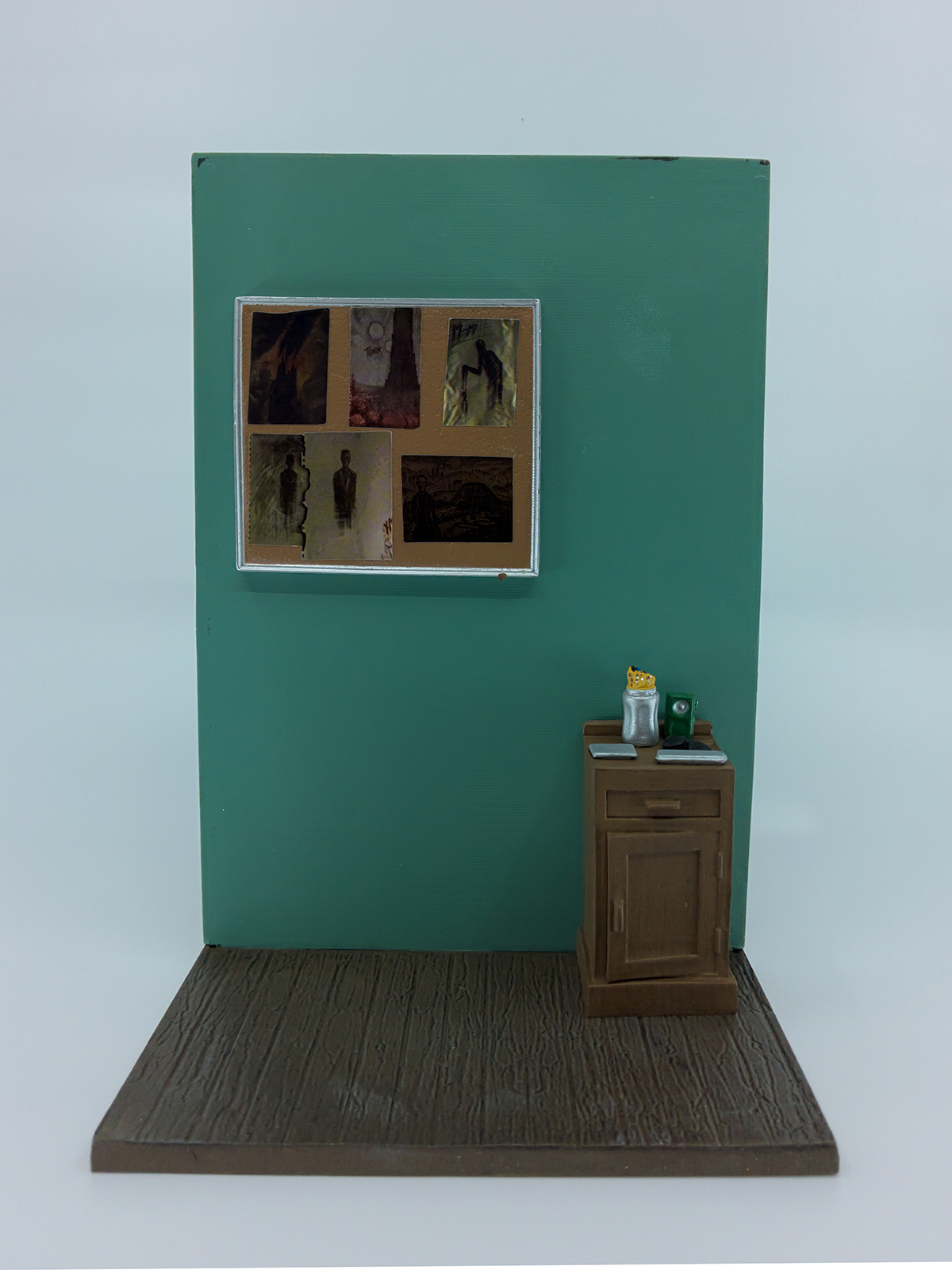 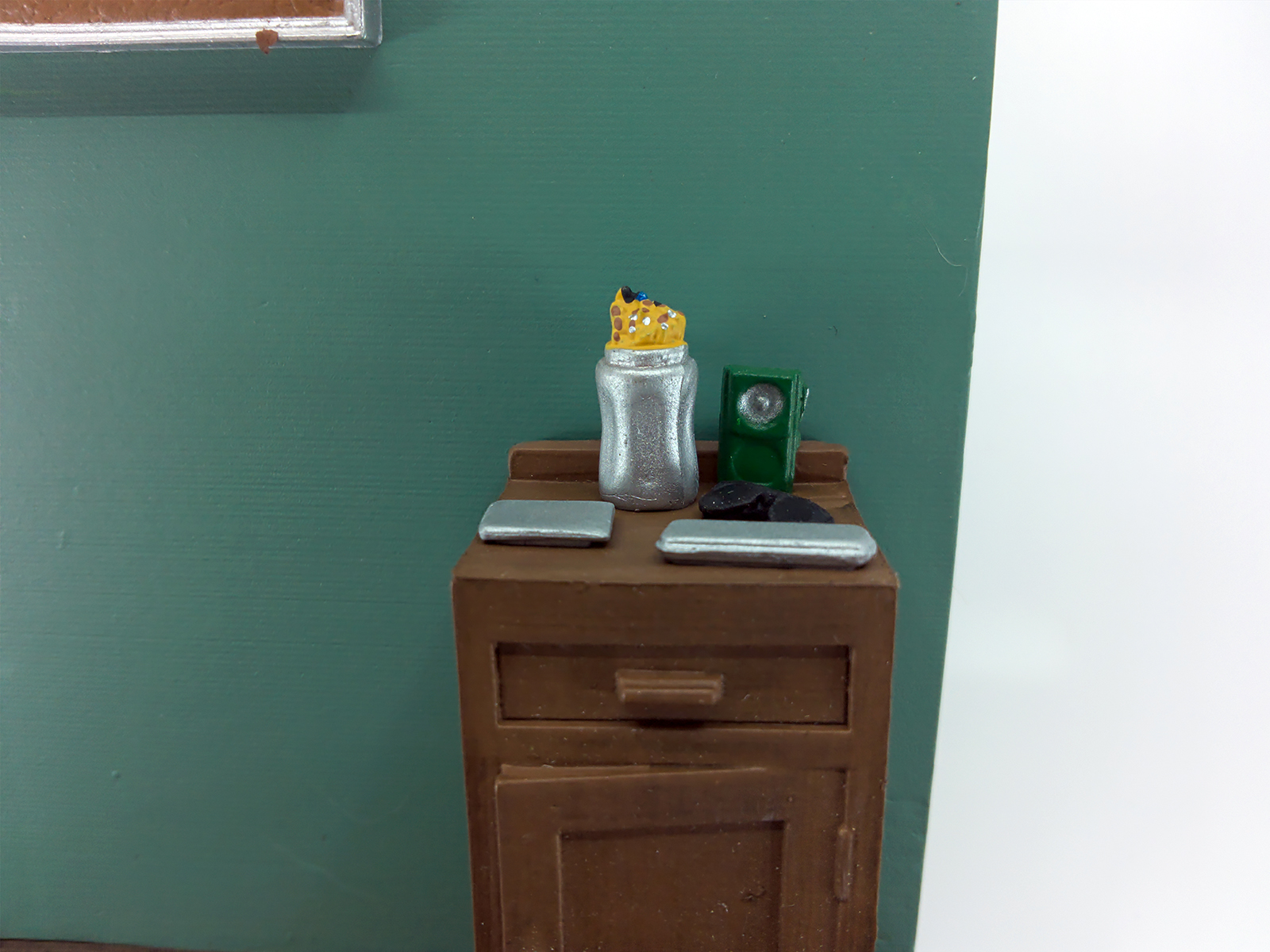 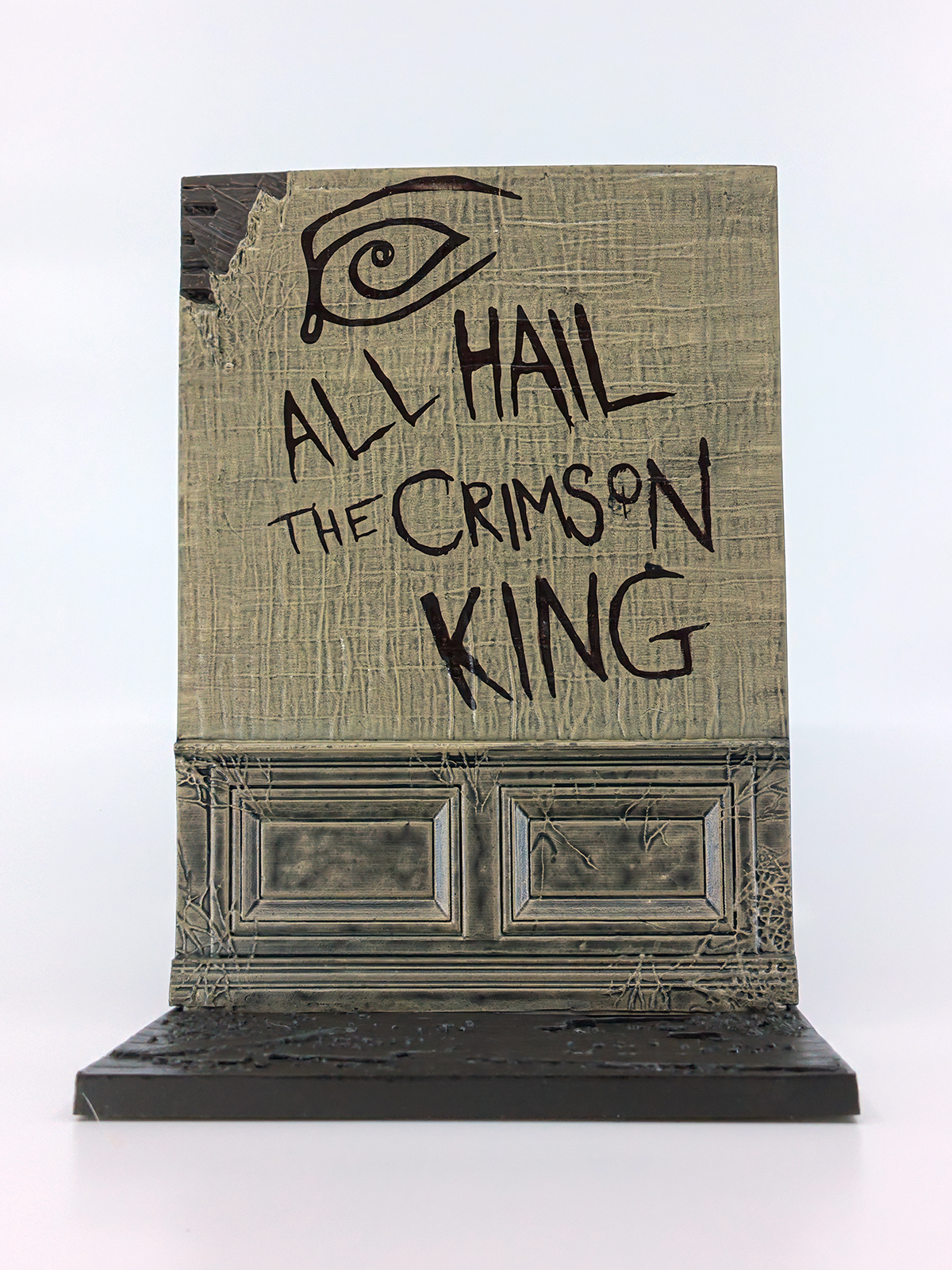 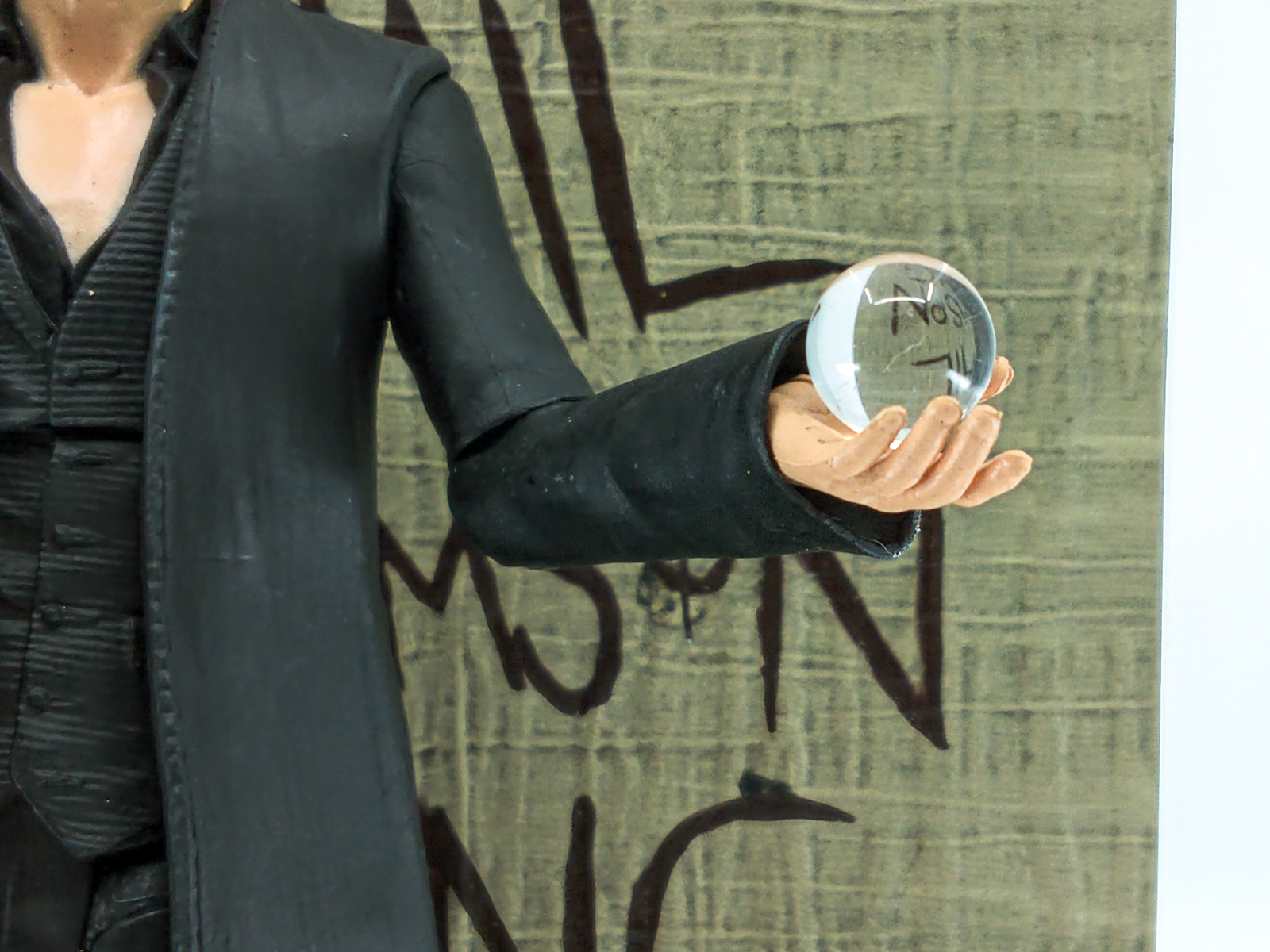 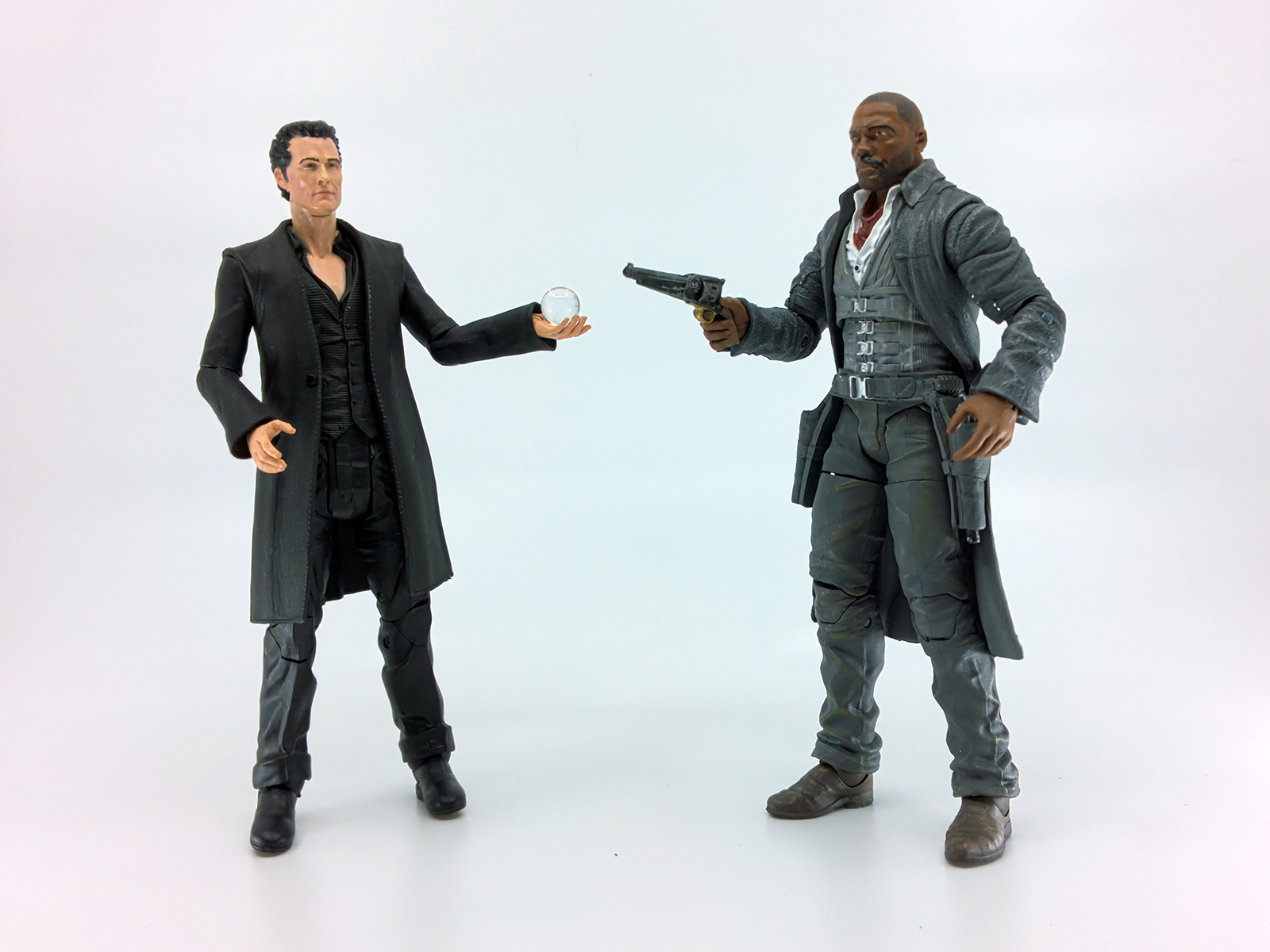 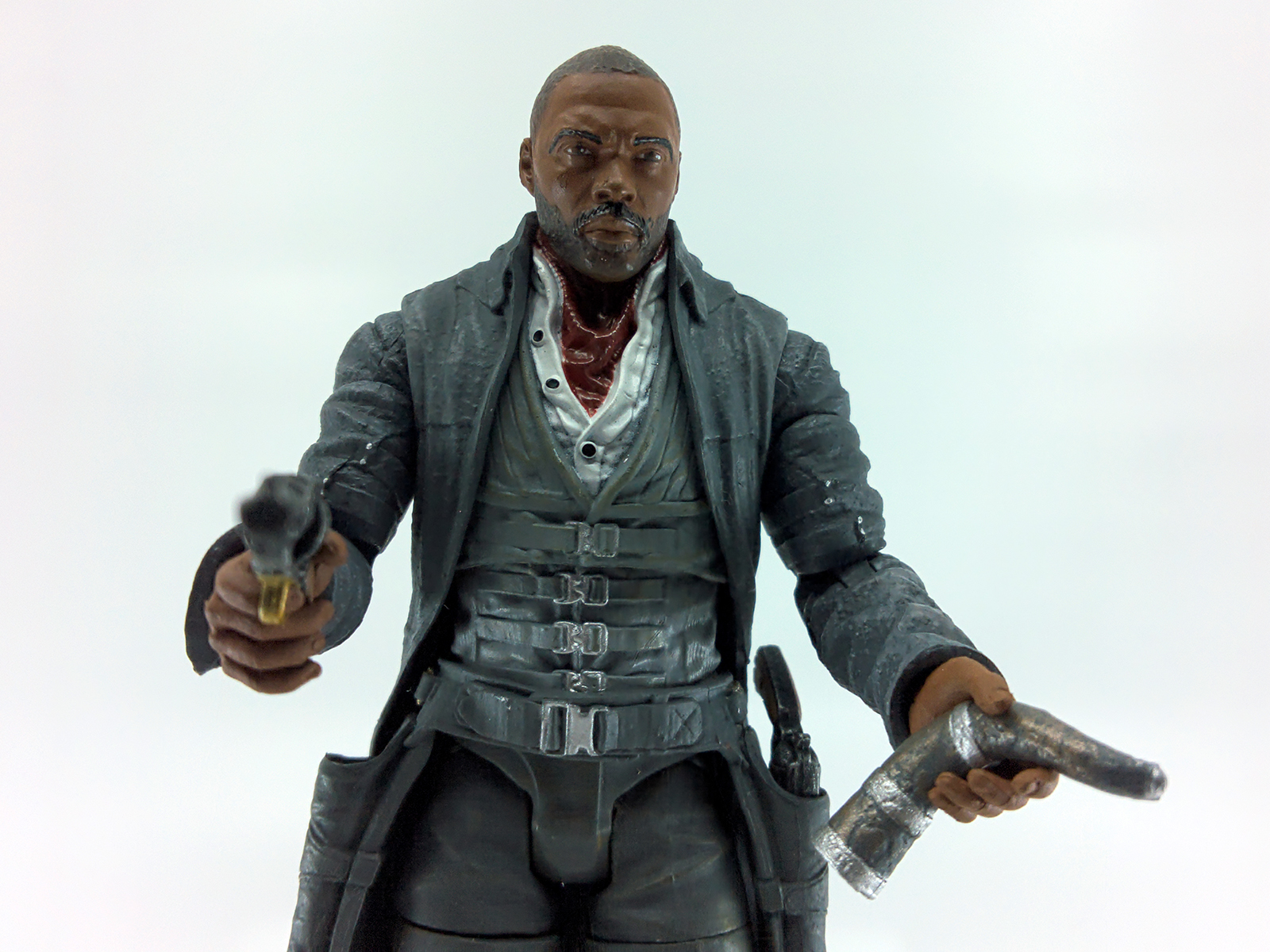