Some folks feel that Elf is necessary viewing around the Christmas holidays. I am not one of those people. It’s a Wonderful Life? Of course. Die Hard? Yes sir. Elf? No thank you. In my opinion, the only thing that could make the movie worse is if Adam Sandler played the man-child elf Buddy. (I know you all will disagree with my assessment)

But the thing is…people love Elf. It’s probably the same reason I find myself a fan of Beastmaster or any number of cheesy Godzilla or Gamera flicks. To each, his own – they say.

So, when Diamond Select Toys decided to release the two main characters from Elf – Buddy and Jovie – as Vinimates figures, I thought…let’s get into the holiday spirit and review these two (film biases aside).

The 4-inch tall Buddy and Jovie feature one point of articulation, similar to other Vinimates figures, at the neck. This line is produced to look like DST’s popular Minimates line, albeit a vinyl version that’s inarticulate and intended for collectors’ displays.

It’s somewhat surprising what companies like DST can do with a minimalistic approach to vinyl figures. The face isn’t sculpted like the character, but the paintwork makes the Buddy figure look just like Will Ferrell. The Jovie, might be a little more difficult to determine, since Zooey Deschanel has a less-unique look.

If you hadn’t noticed, Diamond Select Toys aims for no noses with their Vinimates (and Minimates). It’s sort of their thing. I like that they shoot for something unique, which separates them from other block styled figures out on the market.

Priced at $9.99 each, the Vinimates are one of those few toy lines that are priced in line with my expectations. As you can see in my grades below, I would have assumed a price around $12 or so per figure.

If you’re part of the 78% of folks who like Elf on Rotten Tomatoes, then you’ll also likely enjoy Diamond Select Toys’ Vinimates versions of Buddy the Elf and Jovie.

Pick them up at the following: 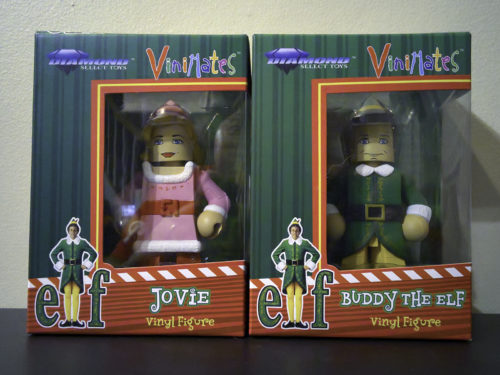 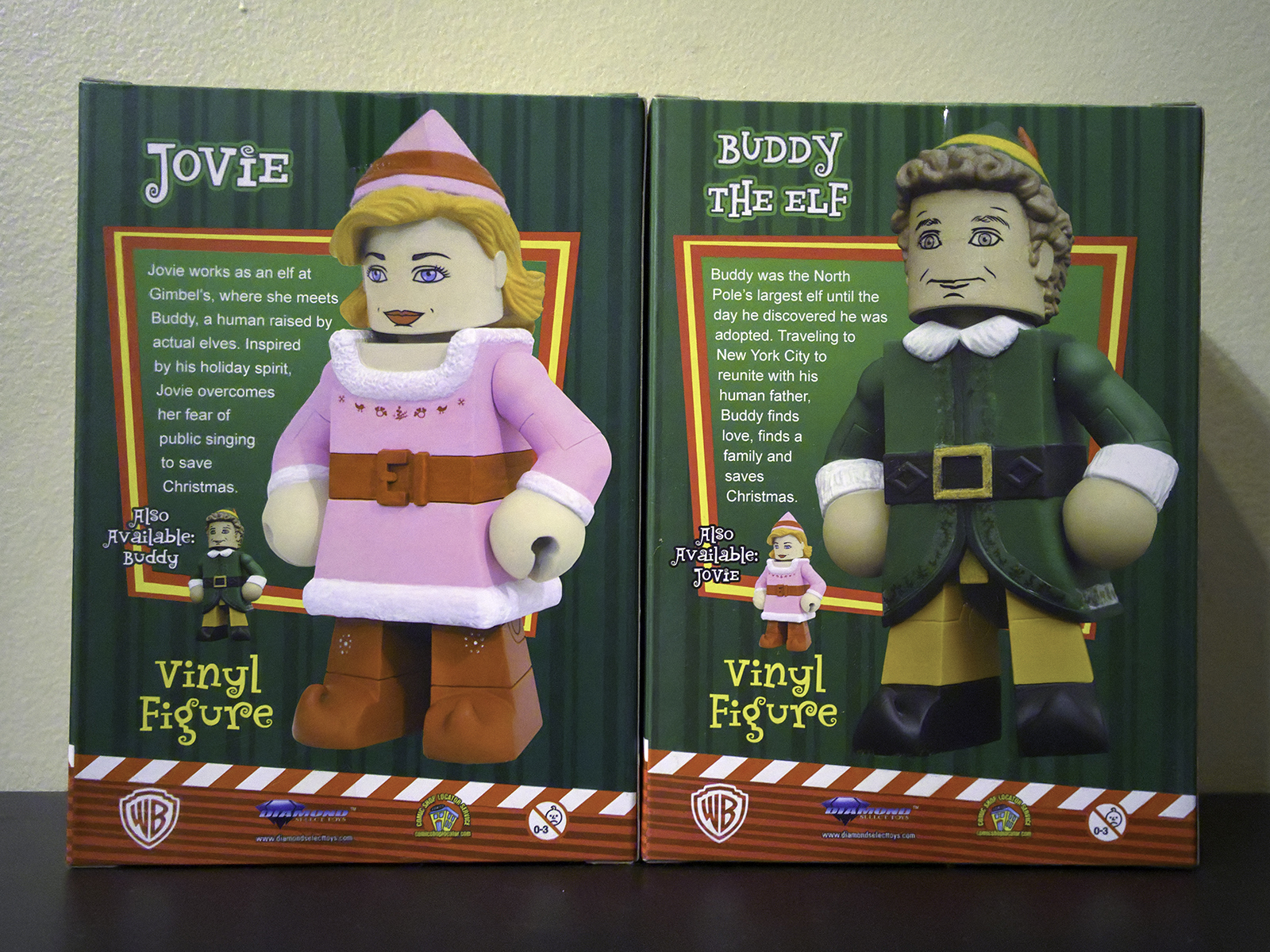 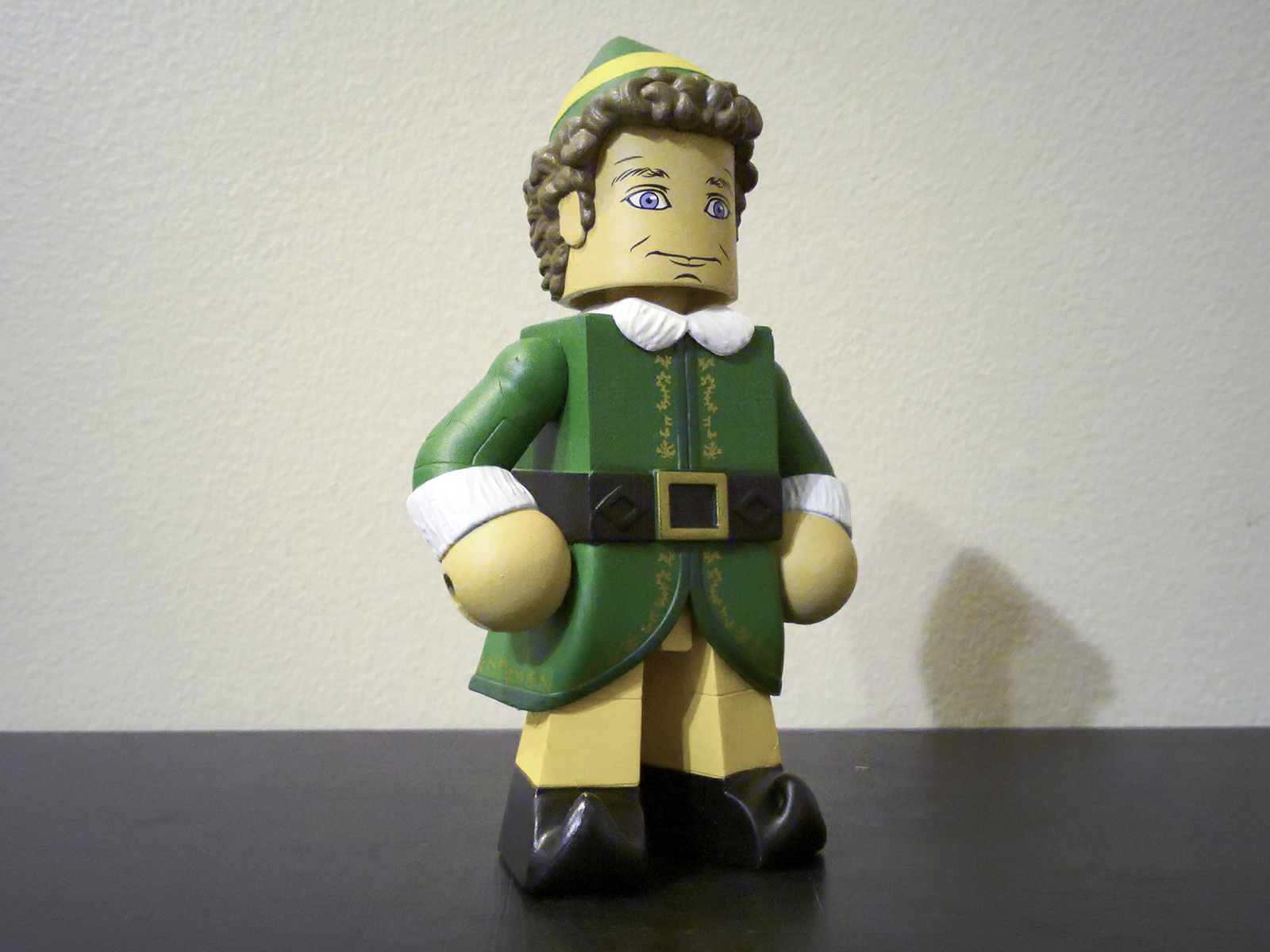 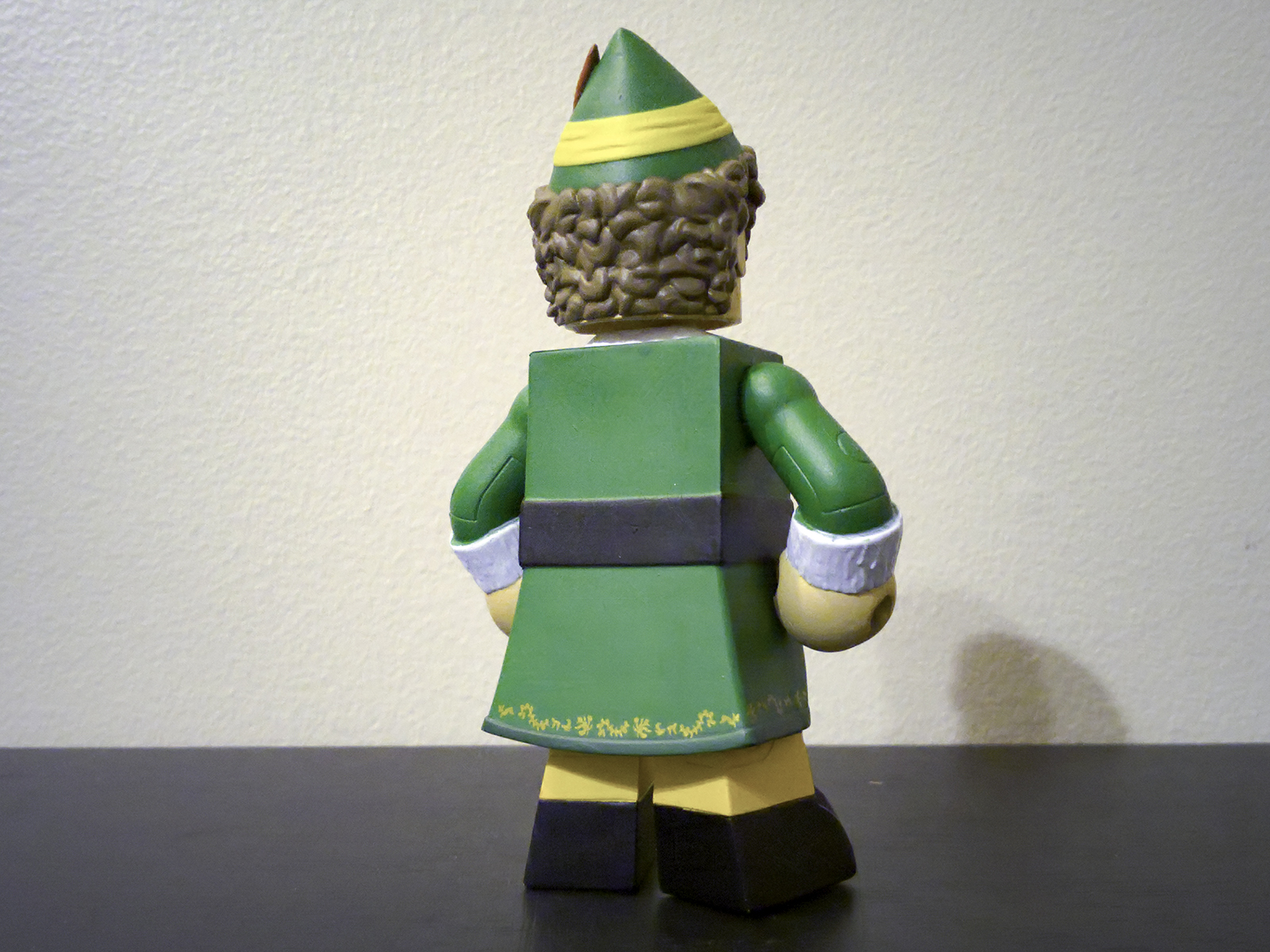 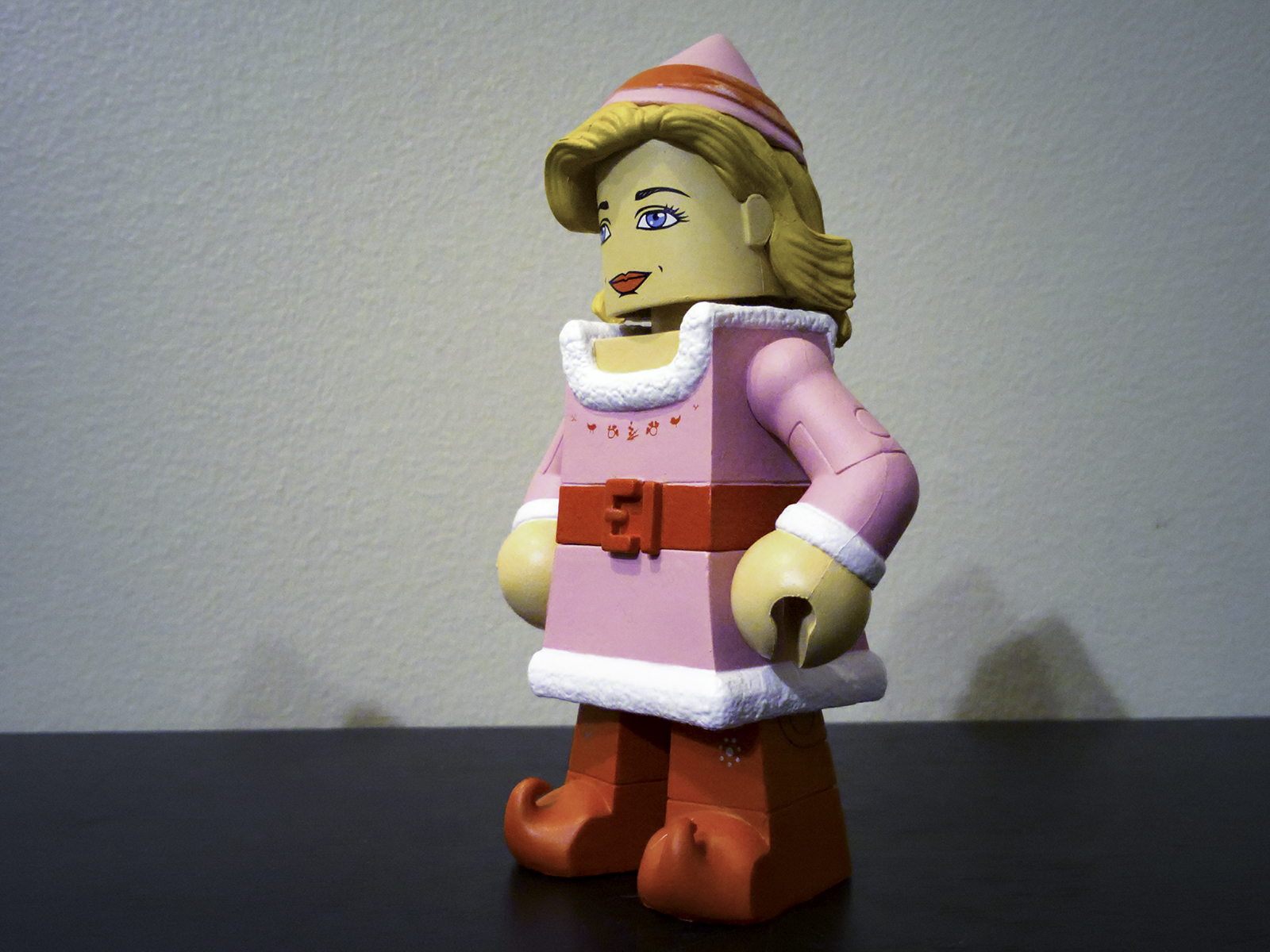 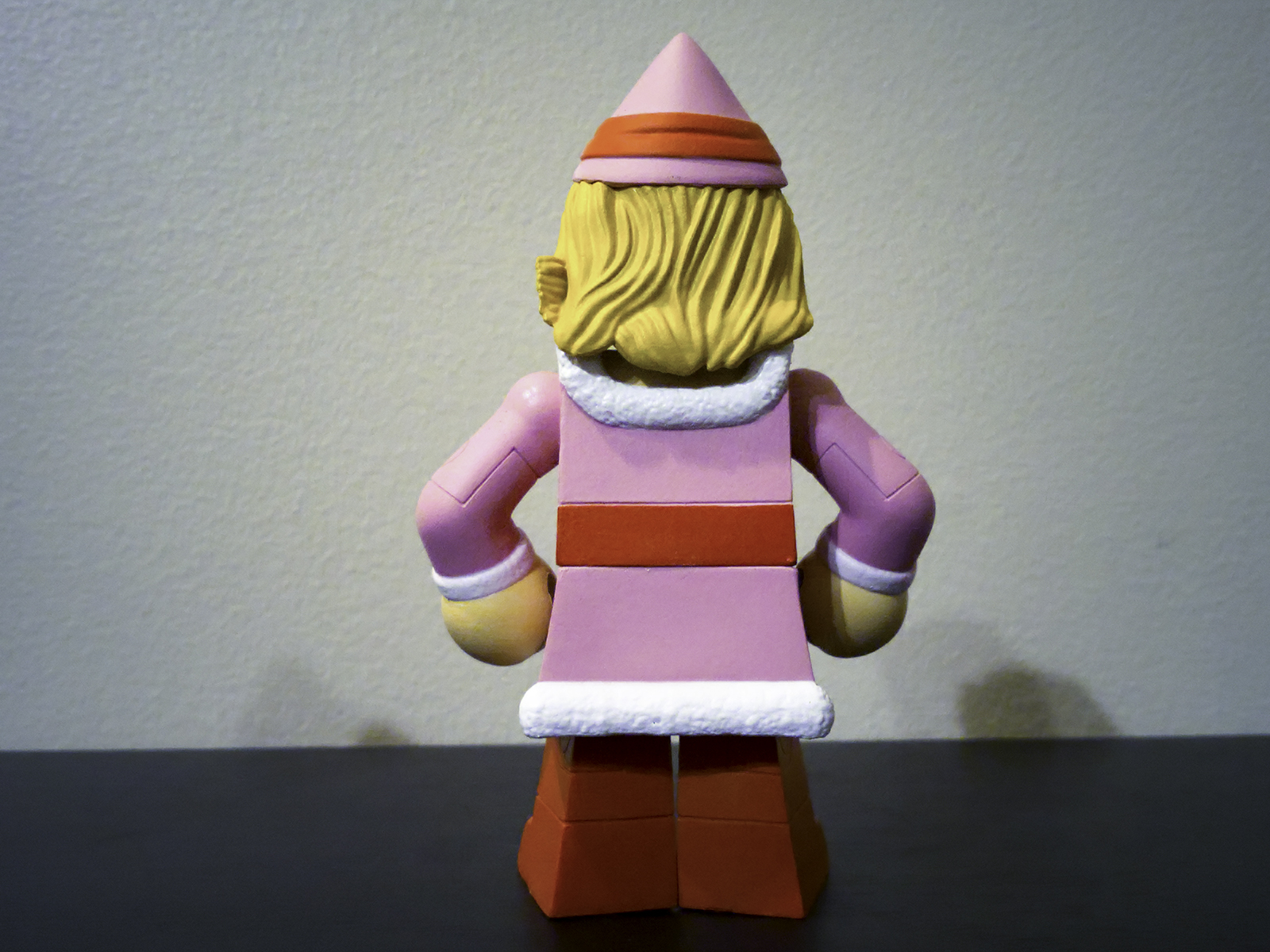