With all of the controversy that sometimes revolves around Game of Thrones, the HBO show features some of the strongest (both physically and mentally) female characters in television. Just look at the plots of some of the major female figures - Arya, Cersei, Daenerys, Sansa, and Brienne - to see that one of these ladies is likely to wind up sitting on The Iron Throne at the end of Season 8.

In addition, collectibles for the series are in high demand. We’ve seen 1/6th scale, vinyl, and various blind box toy lines. And that’s not even including various statuettes, beer, apparel, etc. available. So with these strong female leads, one toy series that makes a lot of sense is Funko’s Rock Candy line.

Rock Candy is a line of 5-inch tall stylized vinyl figures based on various pop culture licenses. They have collectibles based on Marvel, DC, Disney, plus various movies and television shows. But, the caveat is that they’re all female. It’s an entire line showcasing strong female characters (except for a few early Harry Potter releases).

From Game of Thrones, the first two Rock Candy figures released are Daenerys Targaryen and Brienne of Tarth. You don’t get much more intimidating than these two.

My initial reaction was that I am an awful judge of scale. For some reason, reporting on these for as long as I have, I thought they were a lot larger. I think the 5-inch tall size is great for this stylized line. If they were larger, I likely wouldn’t have been as impressed. At this size, Funko is able to get some great sculpting and just the right amount of detail for a stylized character - with realistic clothing.

Each Rock Candy figure comes with a clear display stand with pegs that insert into holes on the bottoms of the vinyl toys’ feet. It’s an appreciated addition. And is sort of a middle ground for those who don’t like display stands, because it’s clear and difficult to see.

Each character is given a doll-like appearance with large eyes. The figures do resemble their on-screen counterparts, in as so much as a caricature resembles the person sitting for it. But they’re good caricatures. Like Tom Richmond caricatures.

Unlike Funko’s Pop! Line, the Rock Candy figures are posed and sculpted with unique bodies. Brienne is suited up in her armor and has one hand on the hilt of her sword, while Daenerys is in her Dothraki attire with Drogon perched on her hand. It gives them a unique look to other Funko offerings.

Overall, I have to give the Game of Thrones Rock Candy figures kudos for bringing these characters to life in a unique style that we’ve yet to see. Upon my first viewing, I think the Rock Candy line is pretty impressive. And who doesn’t like collectibles based on Game of Thrones? I mean I have a whole shelf dedicated to them. Though, when my kids ask me if they can watch the show about dragons, I have to tell them…in about 10 years. 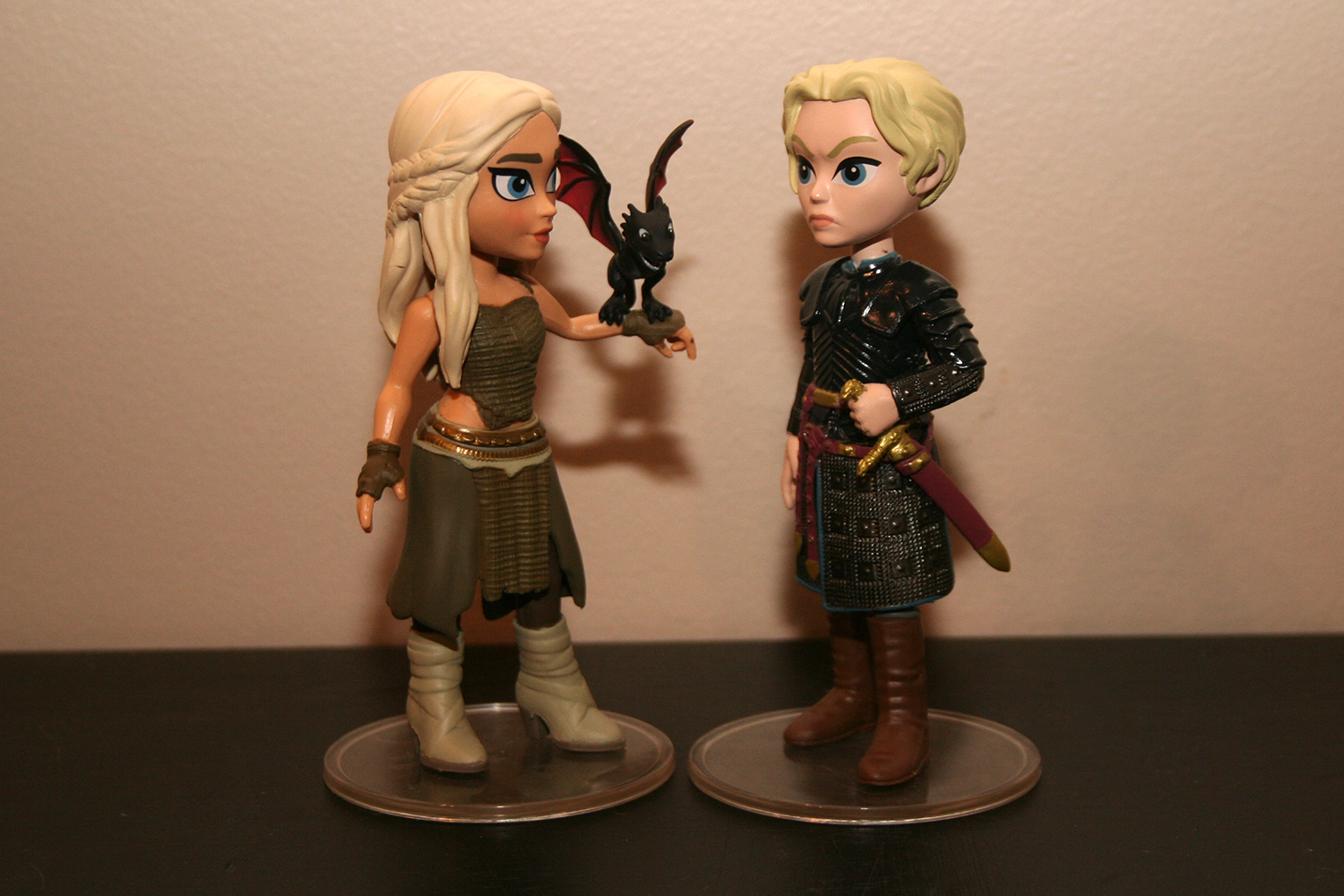 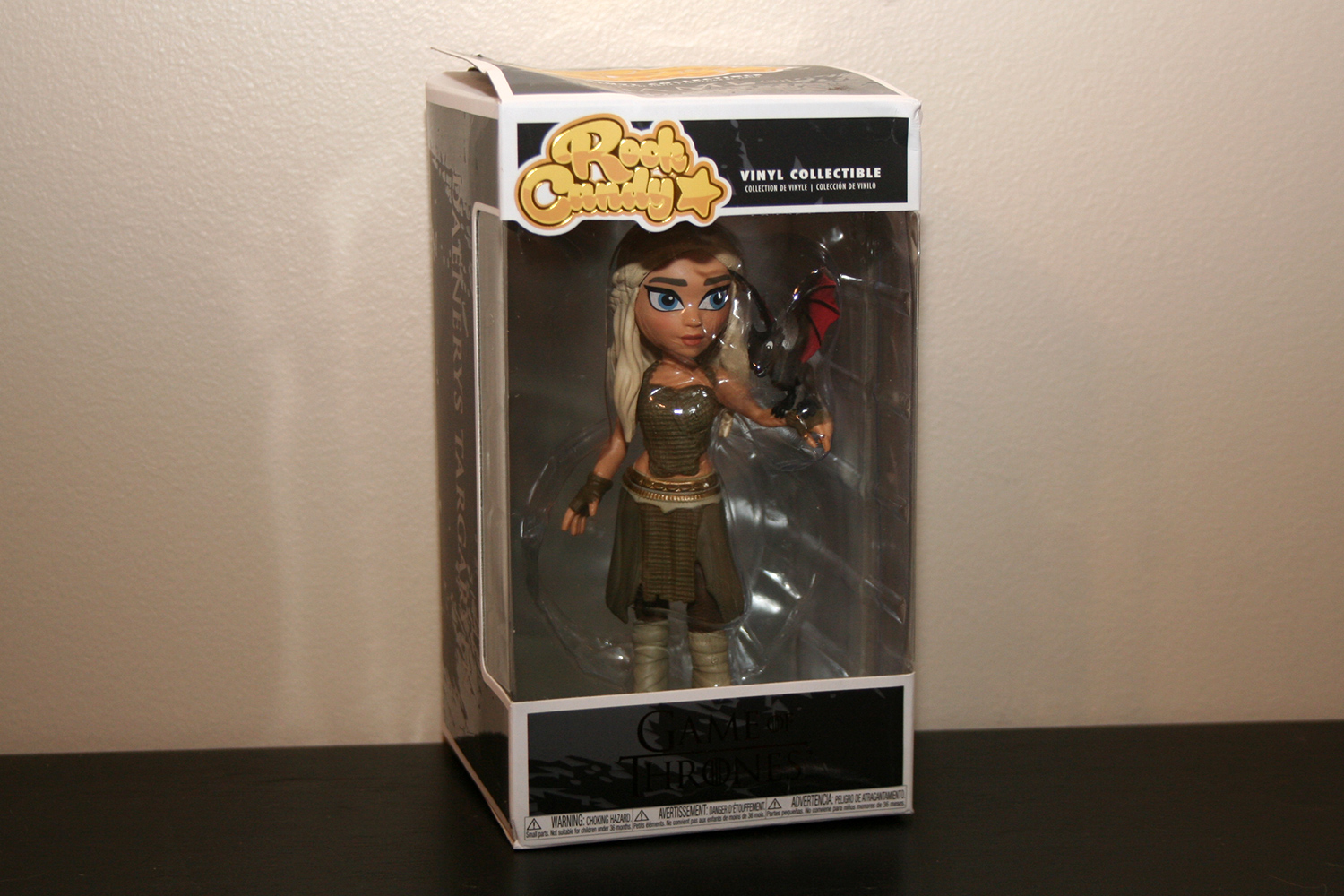 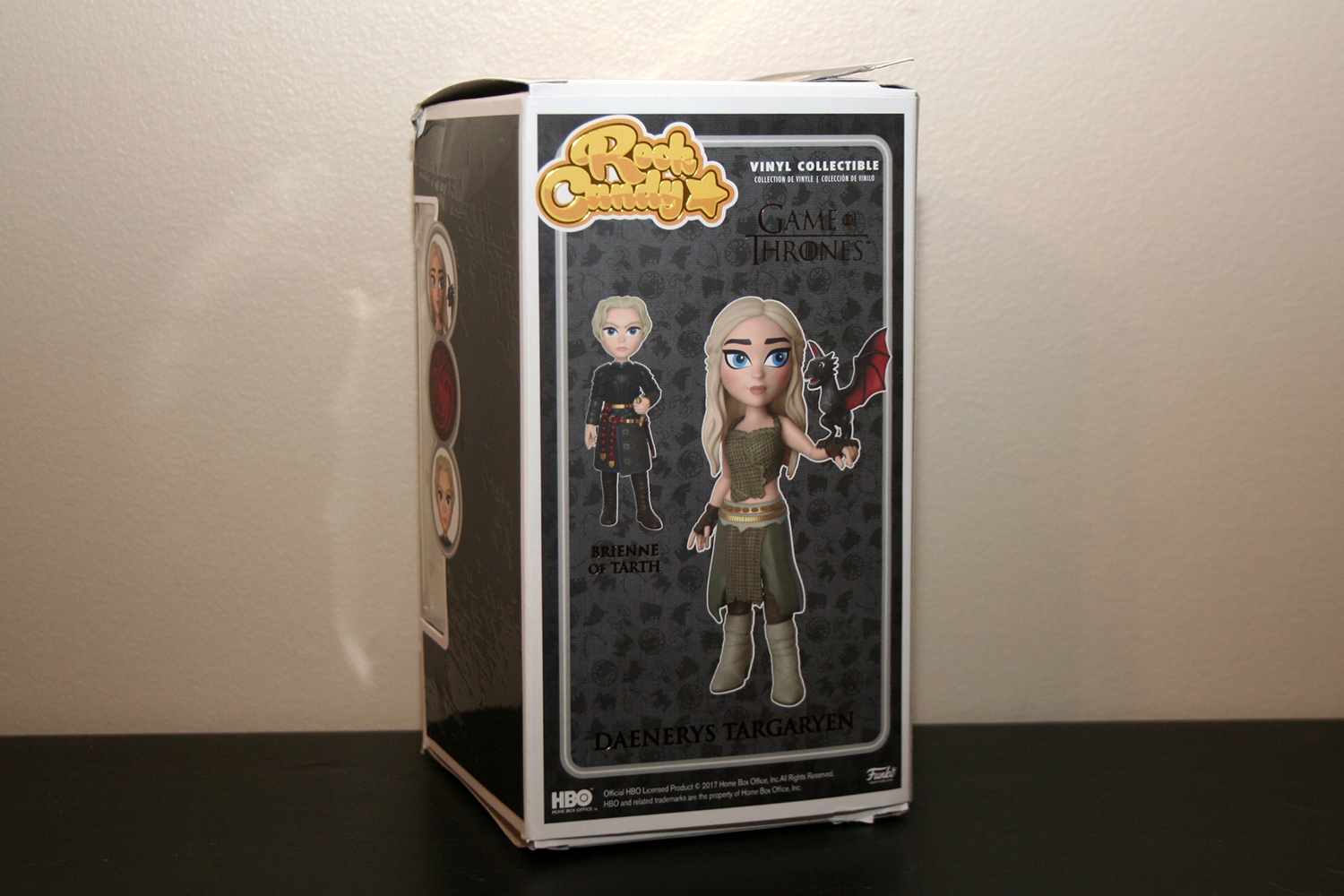 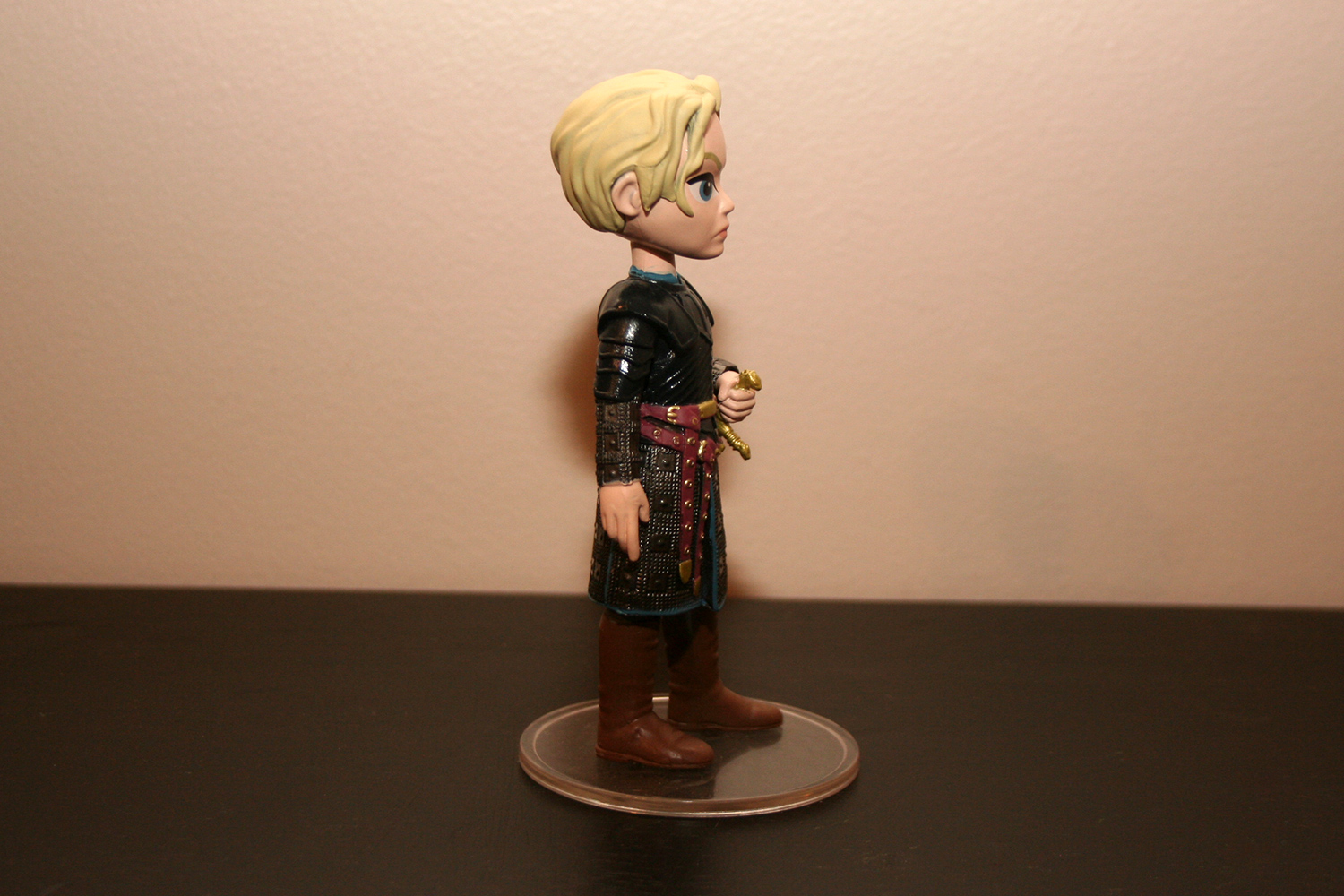 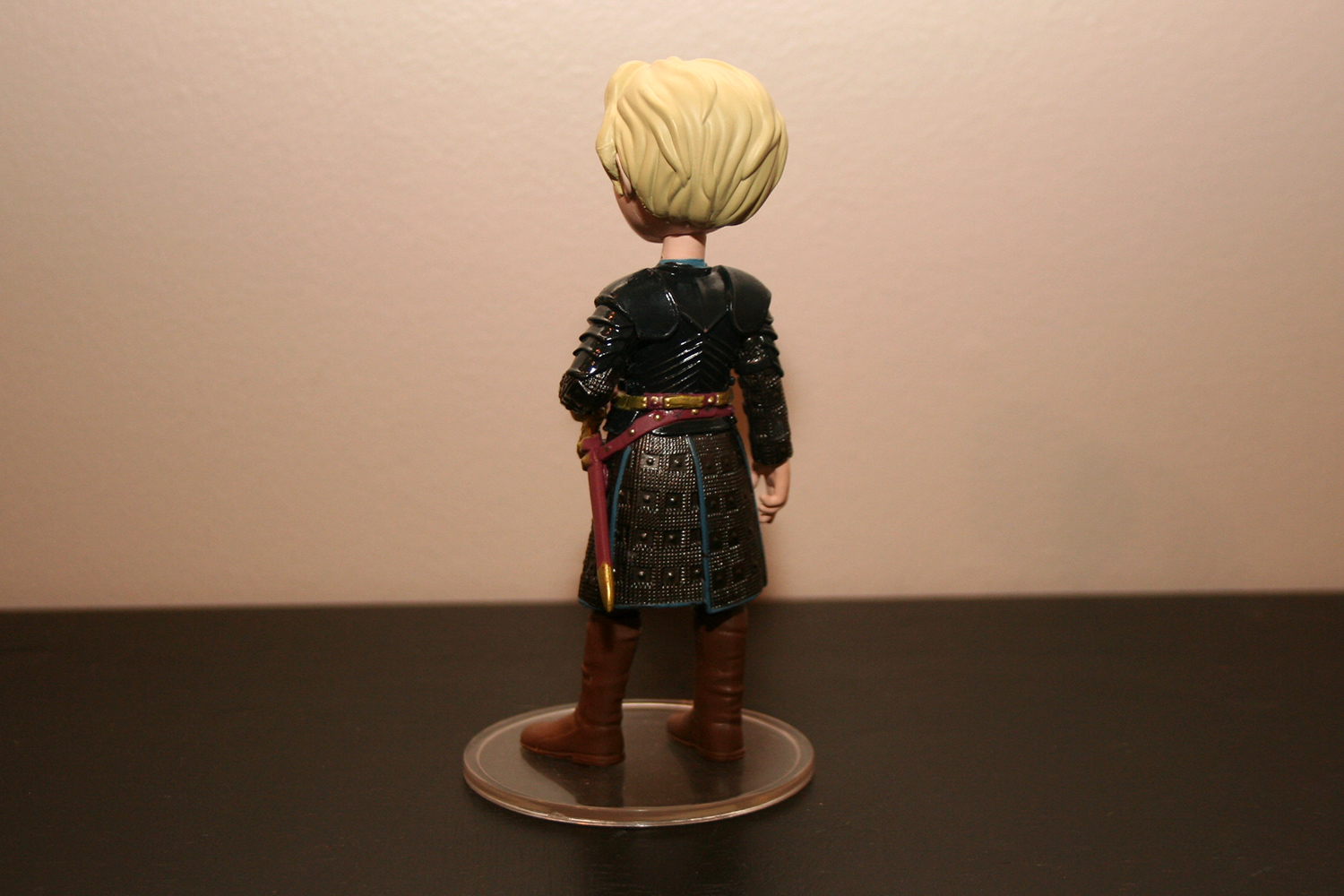 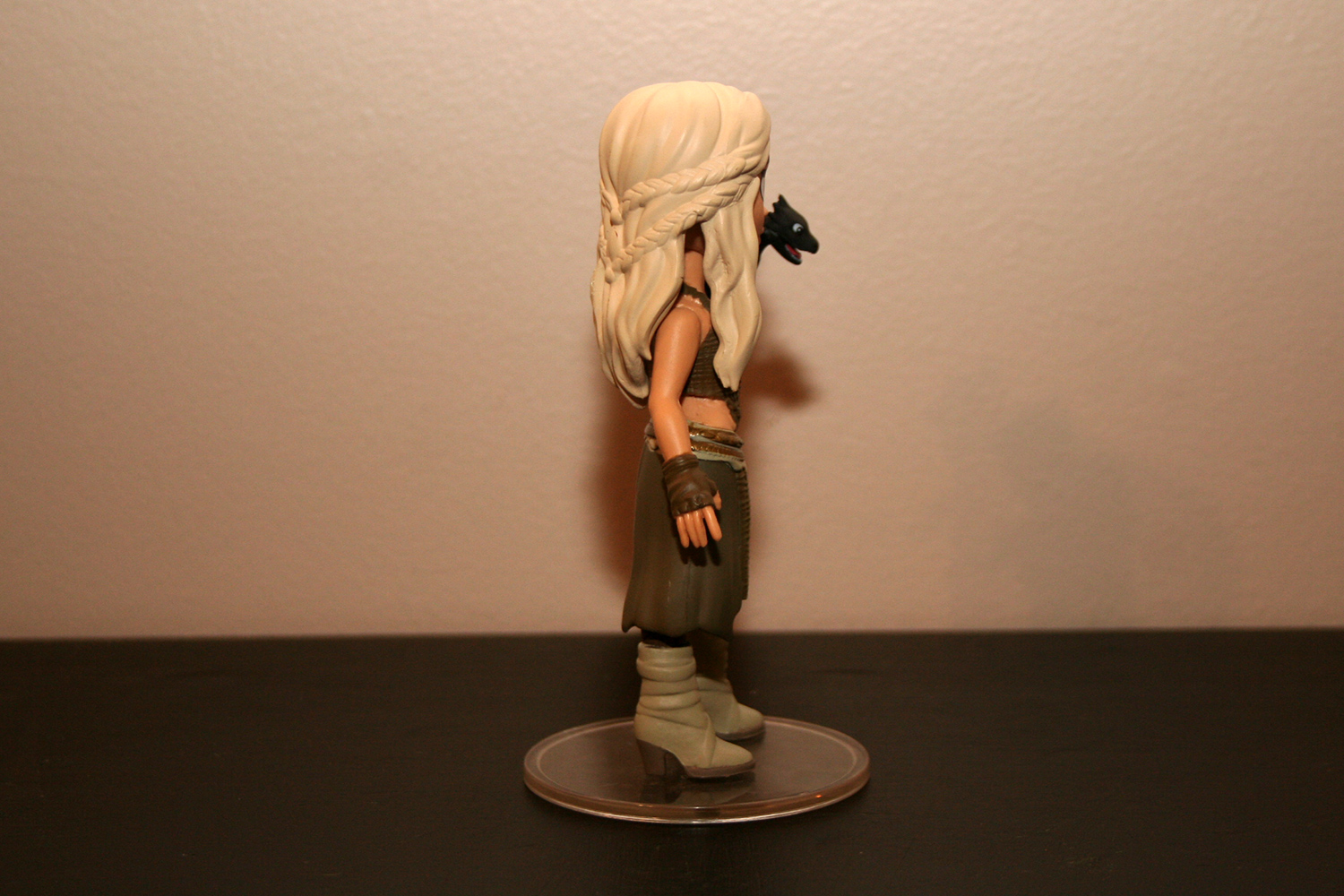 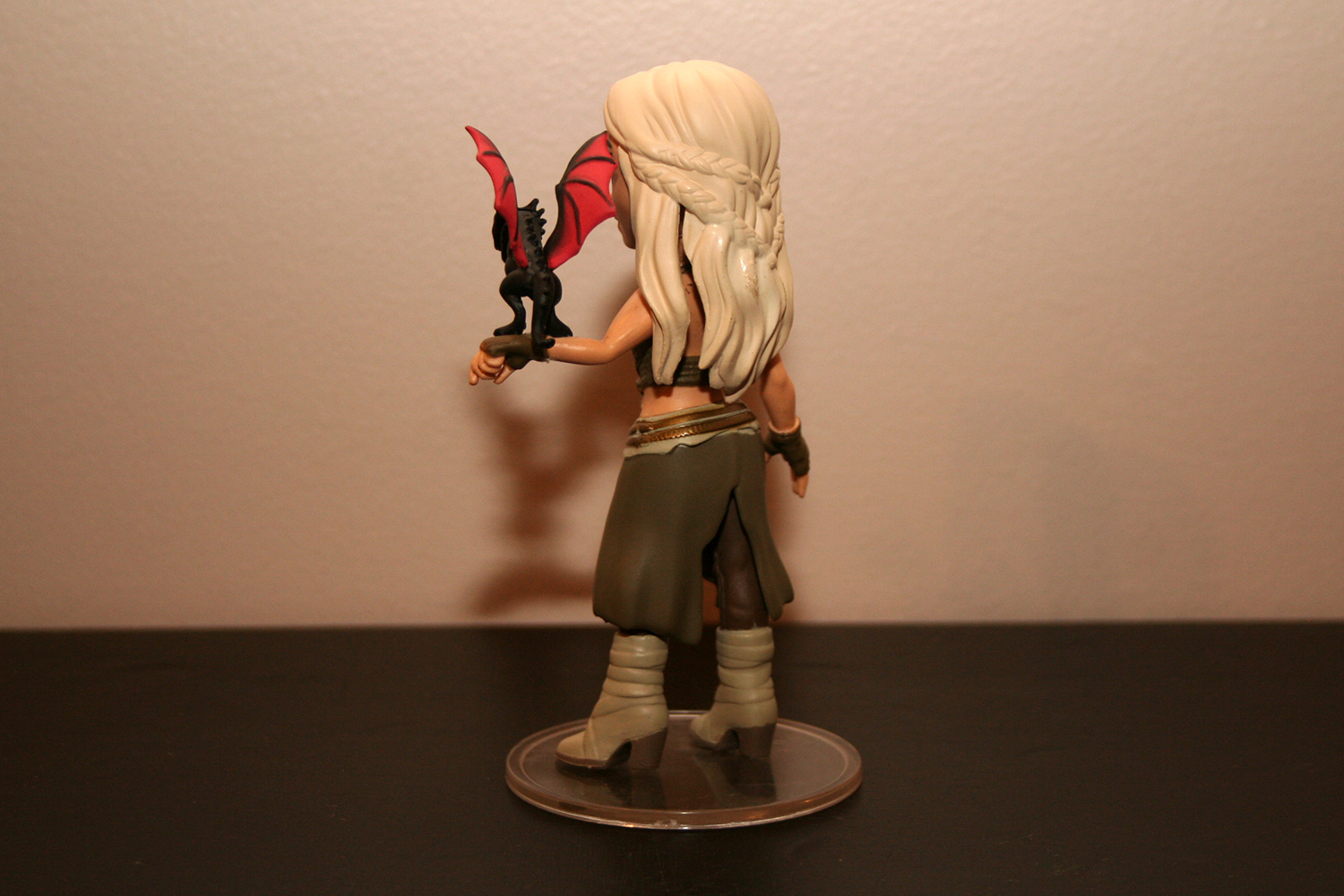