Bigshot Toys has announced their latest Kickstarter Project, which looks to raise funds to produce the Shi-Shi the Tiny Guardian.

It's likely you've seen Shi-Shi before. Her parents stand at the gates of the Forbidden City in China, steadfast stone lion protectors for generations. Under her mother's great paw she lies, awaiting her calling to explore her powers, and honing them against the darkness lurking around every corner. Like the brave Guardians before her, Shi-Shi is a natural born protector with an ingrained sense of justice. One so tiny must train hard to take on such a monumental responsibility... but great things have small beginnings.

Kickstarter backers will be able to choose from blind boxed mini figures in 4 different colorways and two different sculpts, 4-inch Sofubi Figures in 7 different colors (including a Gold Glitter edition EXCLUSIVE to this Kickstarter), or 6-inch Resin Statues in classic Stone and regal Bronze.

Rewards range in price from $12.00 for a single mini figure, up to $125.00 for the 6-inch resin statue. Several combos encourage backers to abandon all self-restraint and collect many different Shi-Shi figures all at once, and save a little bit of money in the process. 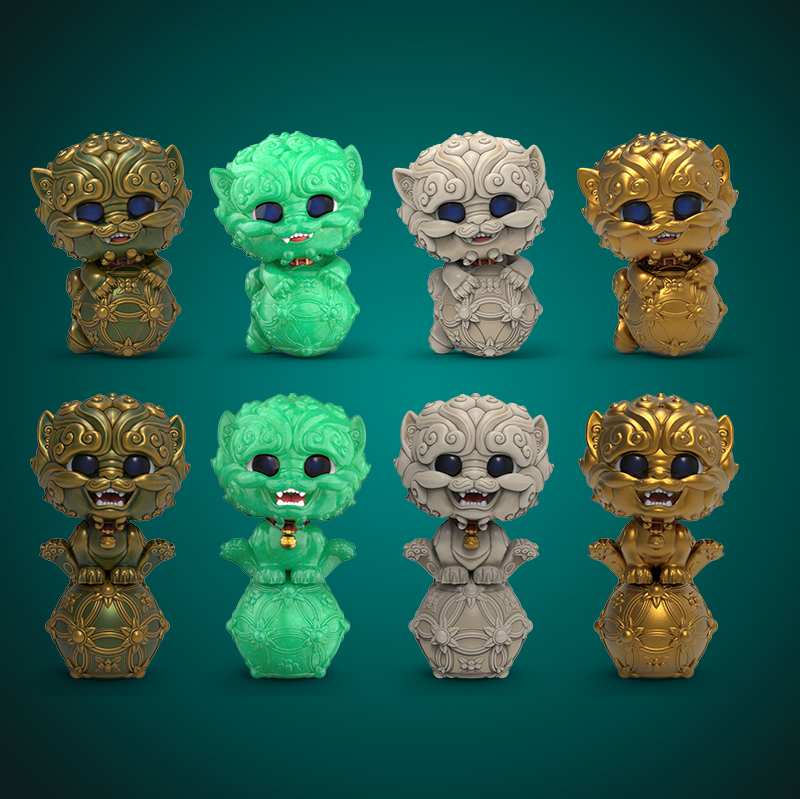 This project will only be funded if it reaches its goal by Friday, August 16th 2019 at 8PM ET.

As I say with all Kickstarter projects I post about. Remember...this is not a pre-order. There are many instances of crowd funded projects that have been funded never making good on their promised goods. So back all Kickstarters with caution.