GoodSmile has announced that their Deadpool: Breaking the Fourth Wall figure is being re-released and will now be available for purchase in the US. This re-release features Marvel's unique hero - Deadpool - in a completely original pose. He is sculpted bursting out from the pages of a comic in an acrobatic pose and has been painted in a way that attempts to mimic the shadows and highlights normally seen in comic books. There are various sound effects and comic pages bursting out together with the character. 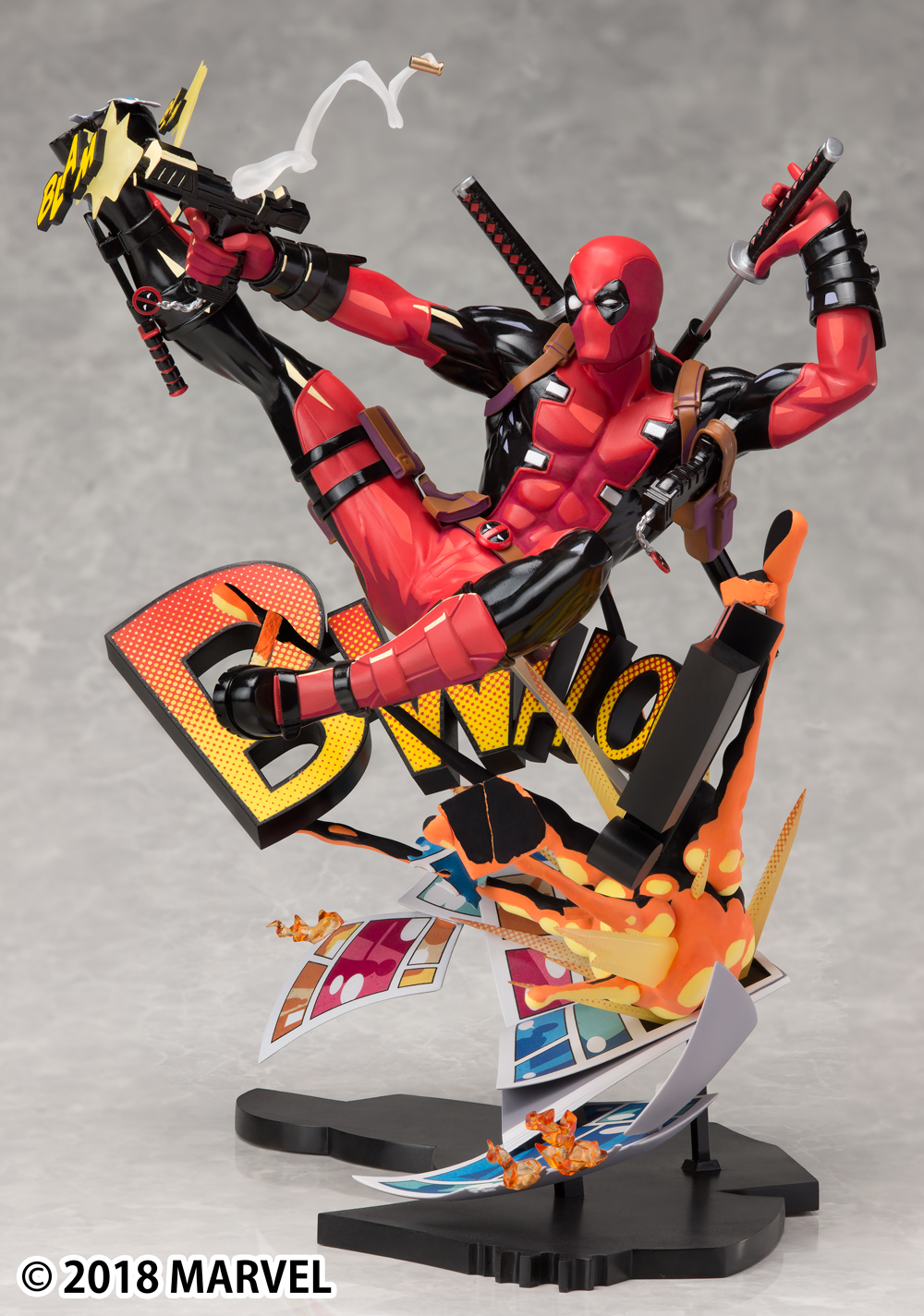 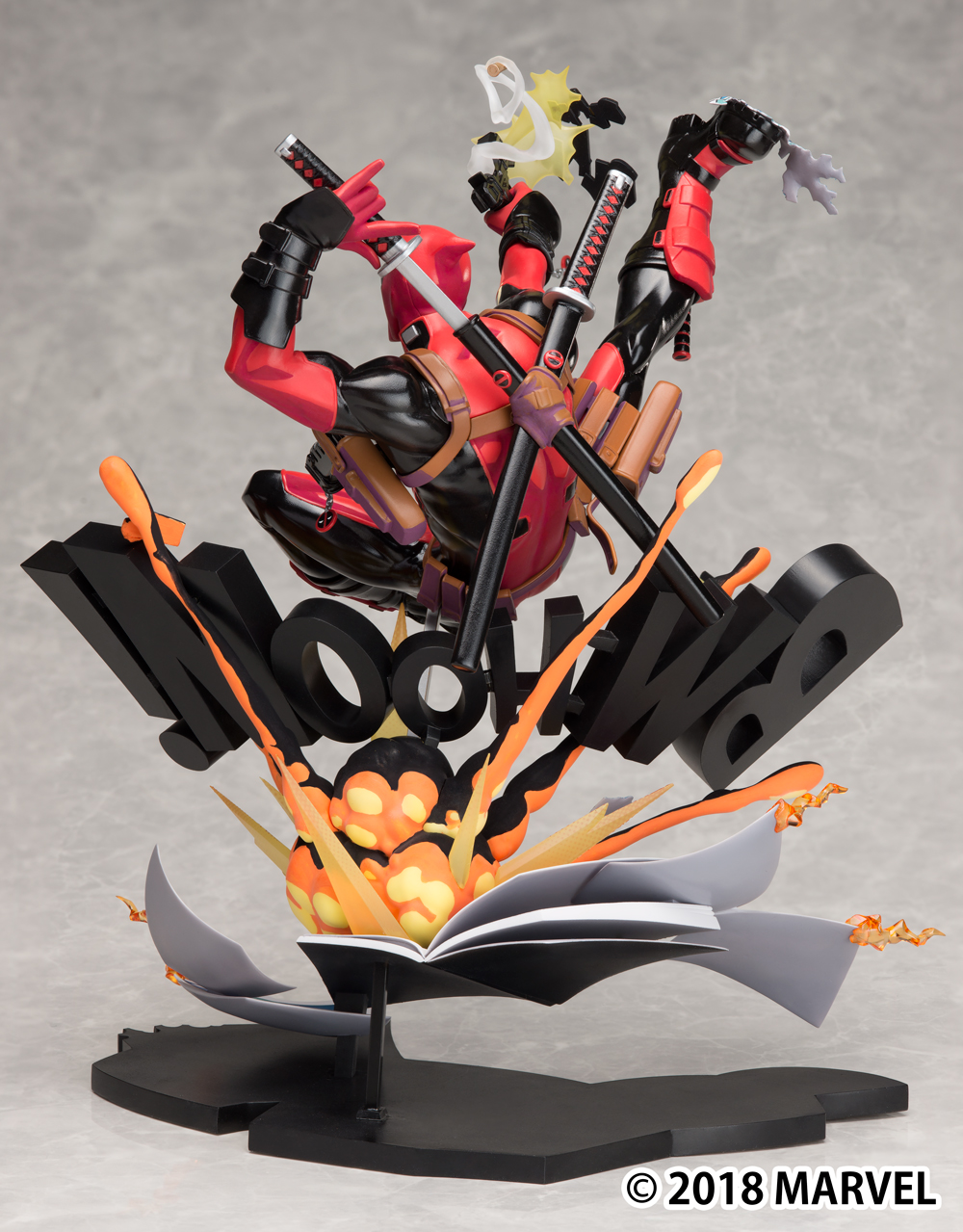 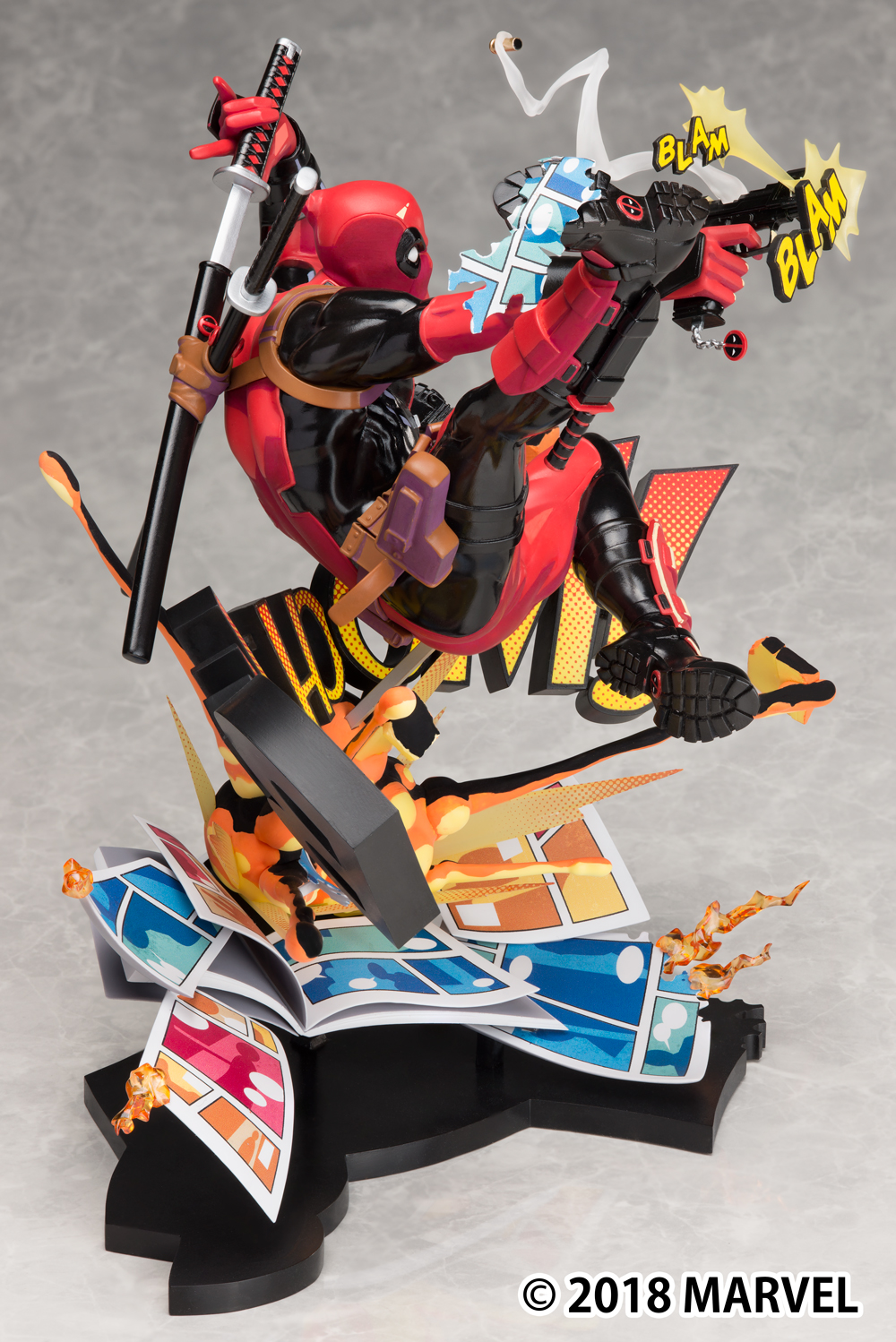