"If you risk nothing, then you risk everything." Apparently that was a line from the 1995 film Cutthroat Island. Ironic considering the film with a budget of nearly $100 million would go on to earn $10 million at the box office. Considered a box office bomb, it was a hit to Geena Davis as a leading lady, the production company folded, and pirate movies were considered verboten in Hollywood (until Pirates of the Caribbean). Somehow...the film has a cult following.

In steps Blitzway who has announced their Morgan Adams 1/6th Scale Collectible Figure from the 1995 film Cutthroat Island. Based on the likeness of Geena Davis in the movie, the collectible figure features a refined pirate costume, a smorgasbord of accessories, a specially designed 'Morning Star' stand, and the adorable "King Charles" the monkey.

Sideshow Collectibles is currently taking pre-orders for this figure, priced at $265.00. It's anticipated to begin shipping to those folks around Q2 of 2019. 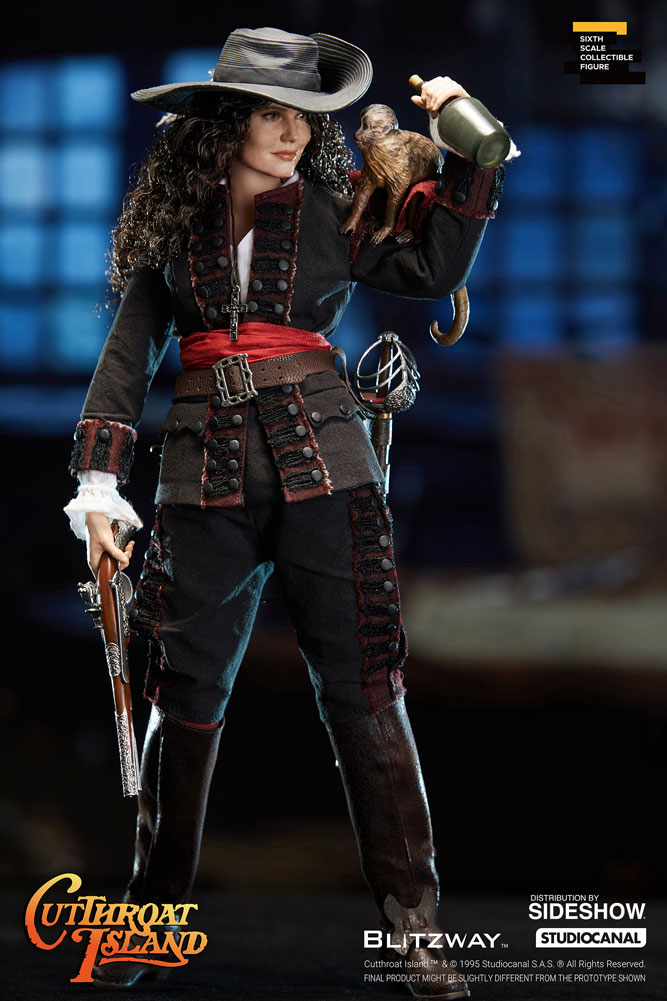 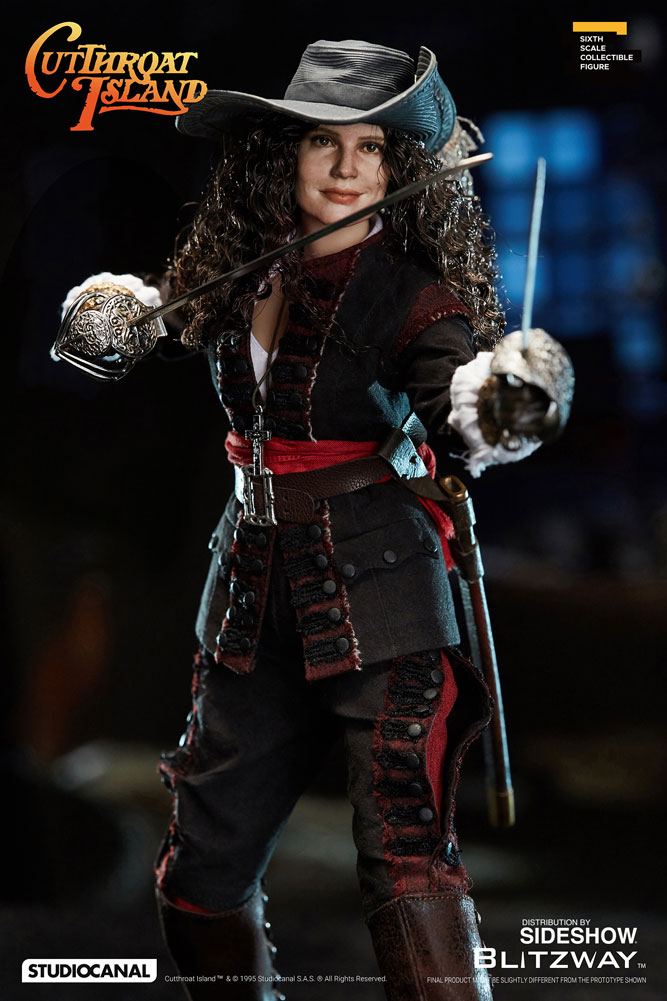 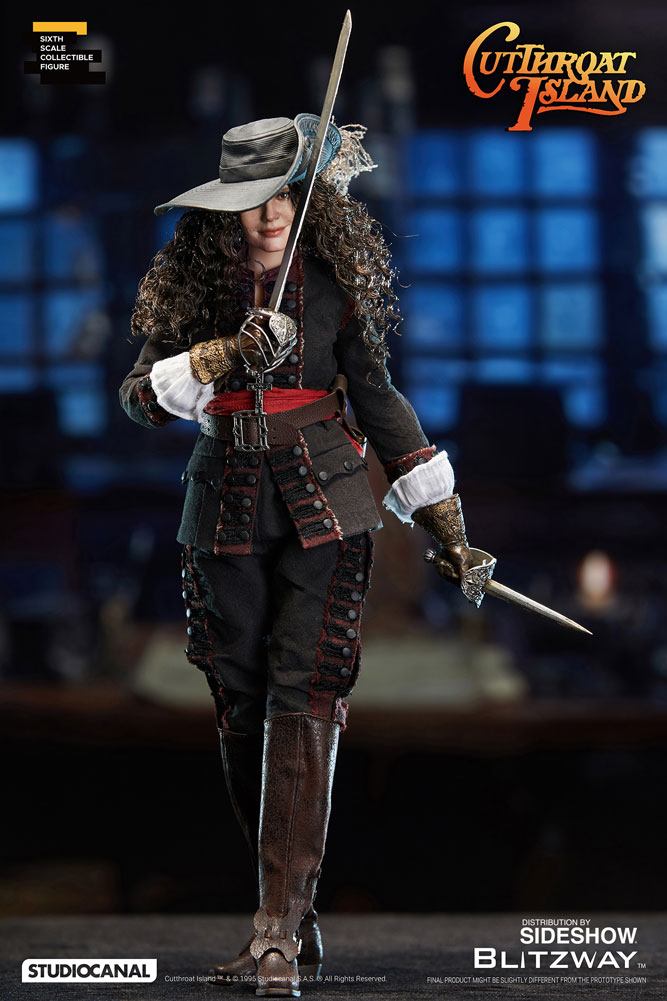 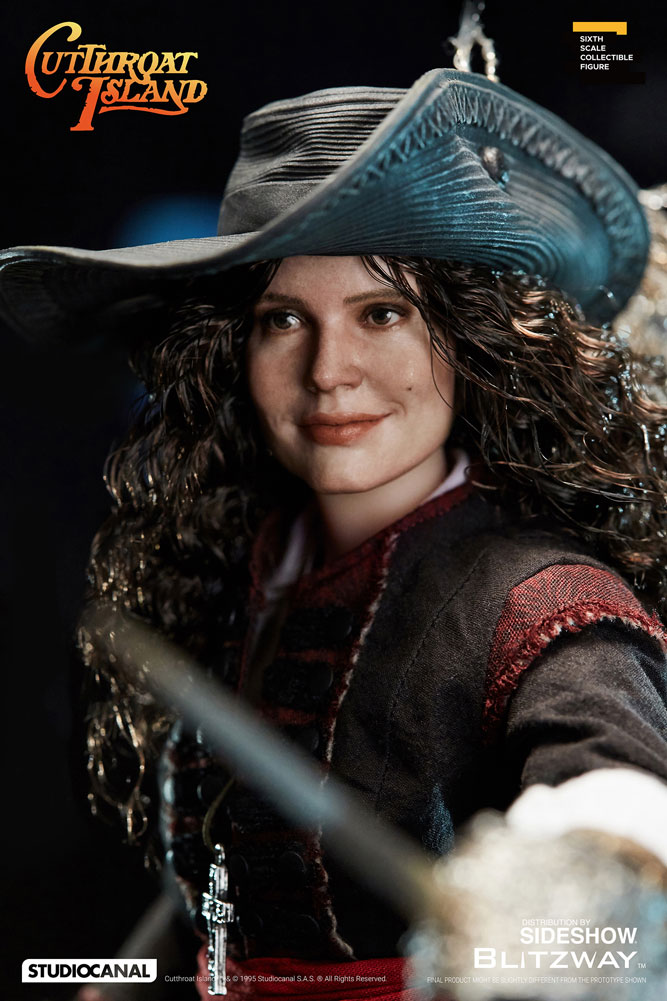