Gecco Corp. has announced that the Venom Snake, which appeared shirtless in the play demo version at the Tokyo Game Show 2014, is now lined up as limited model in 800 pieces. The Metal Gear Solid V: The Phantom Pain, Venom Snake Play Demo Version stands 12 inches in height and made of ABS/PVC plastic. The left bionic arm is equipped with a Stun Arm, which can knock enemies unconscious with electric shock, and is interchangeable with the Hand of Jehuty or the red default one.

You can currently pre-order this figure for $299.99. It's expected to begin shipping in February 2019. 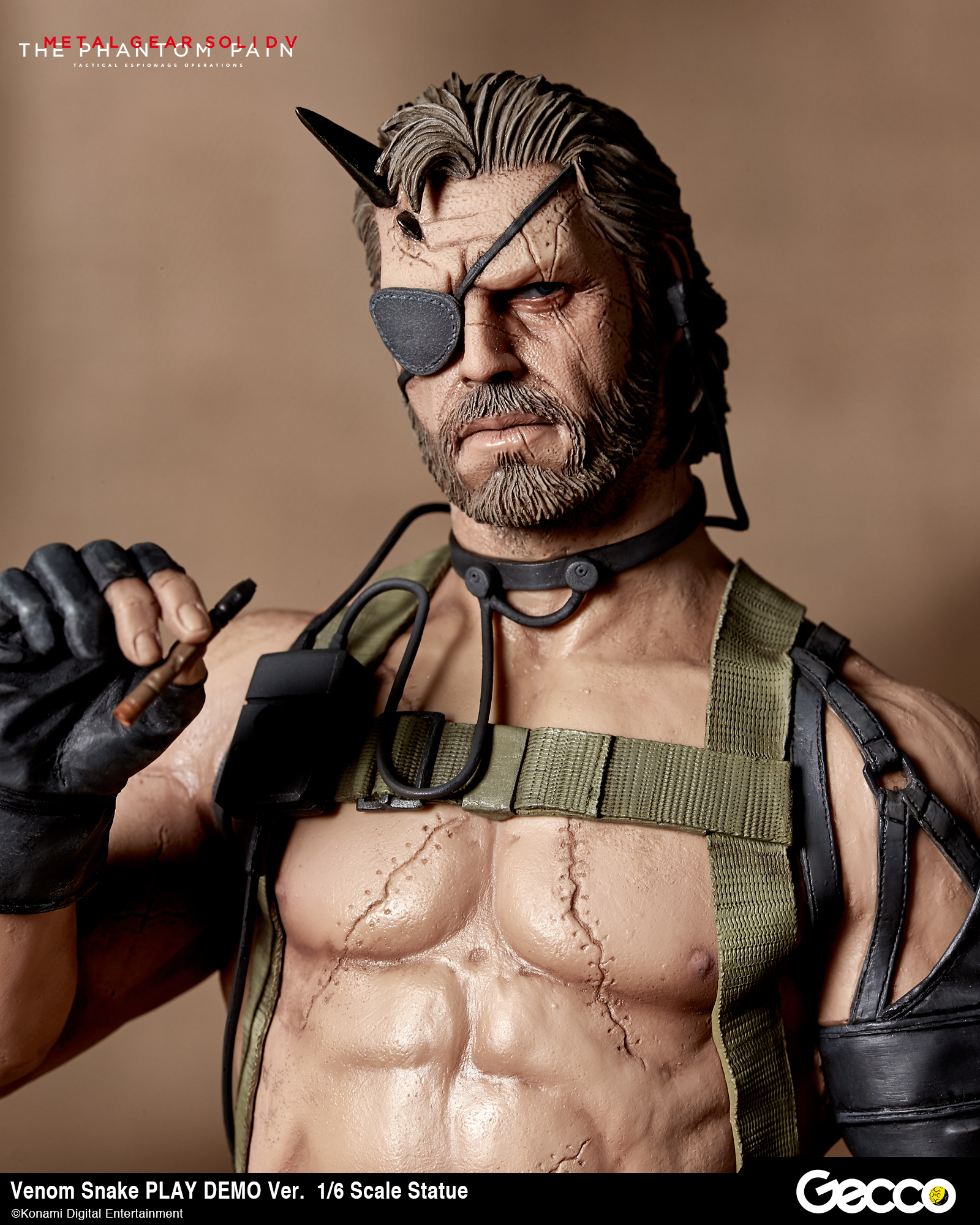 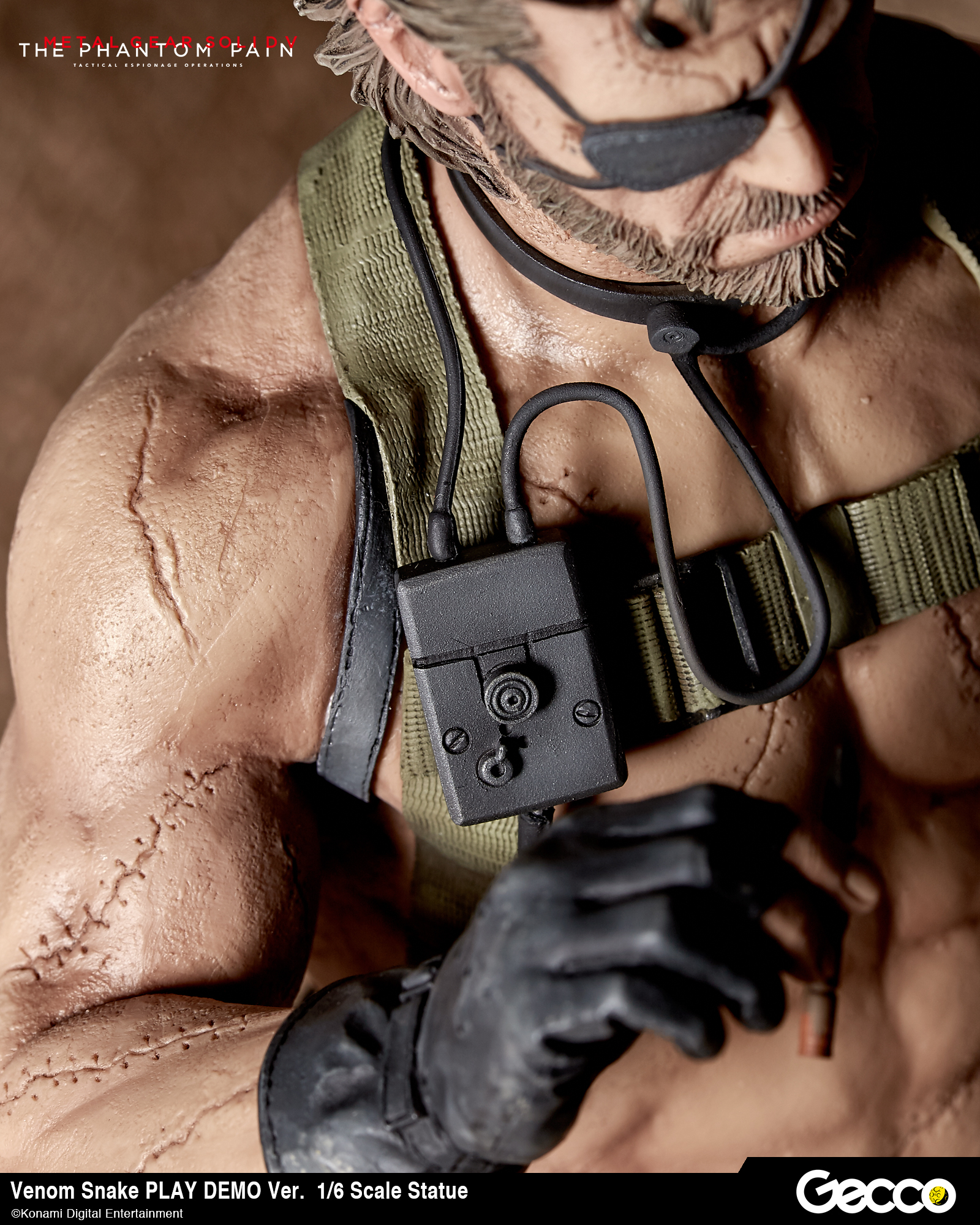 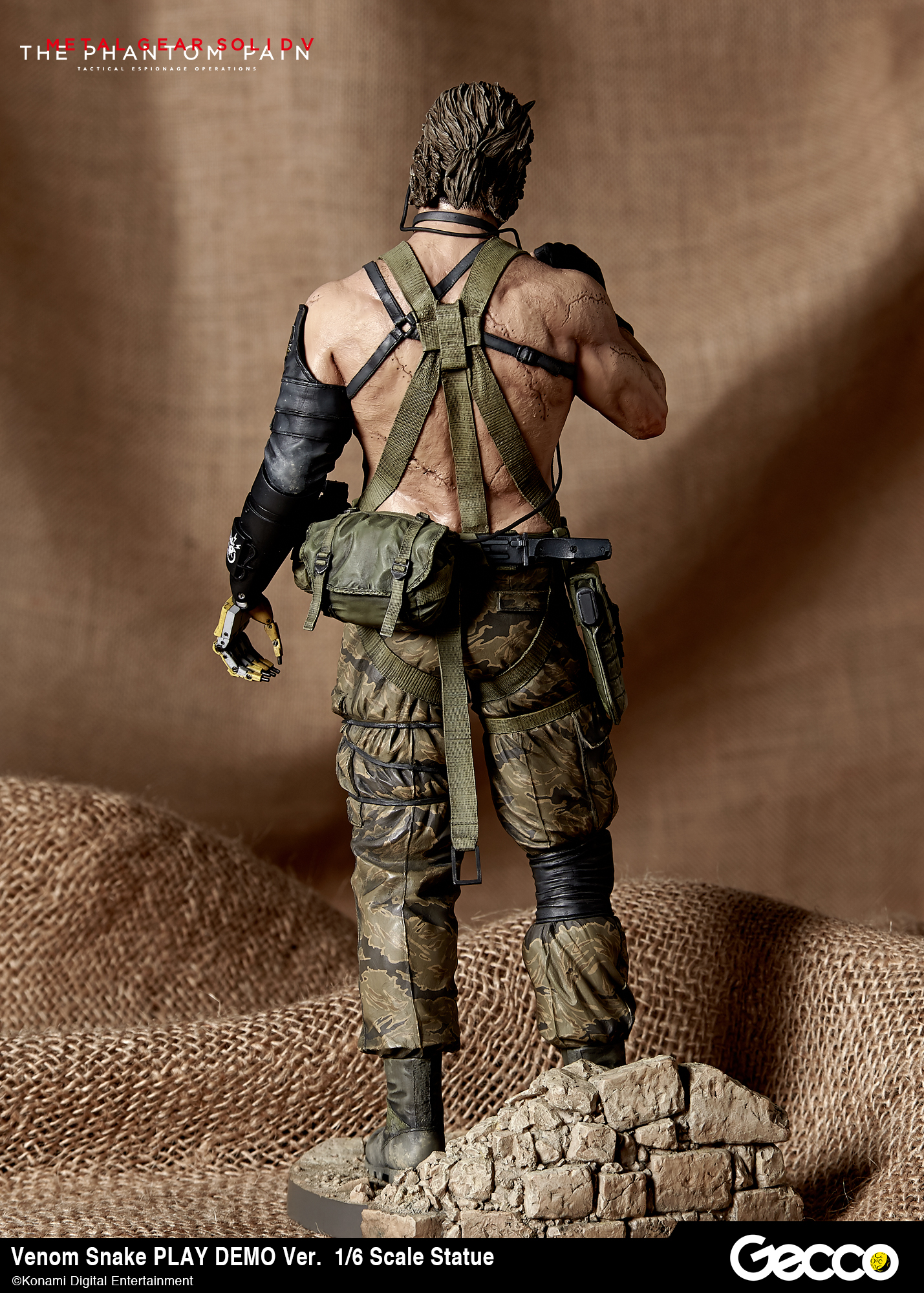 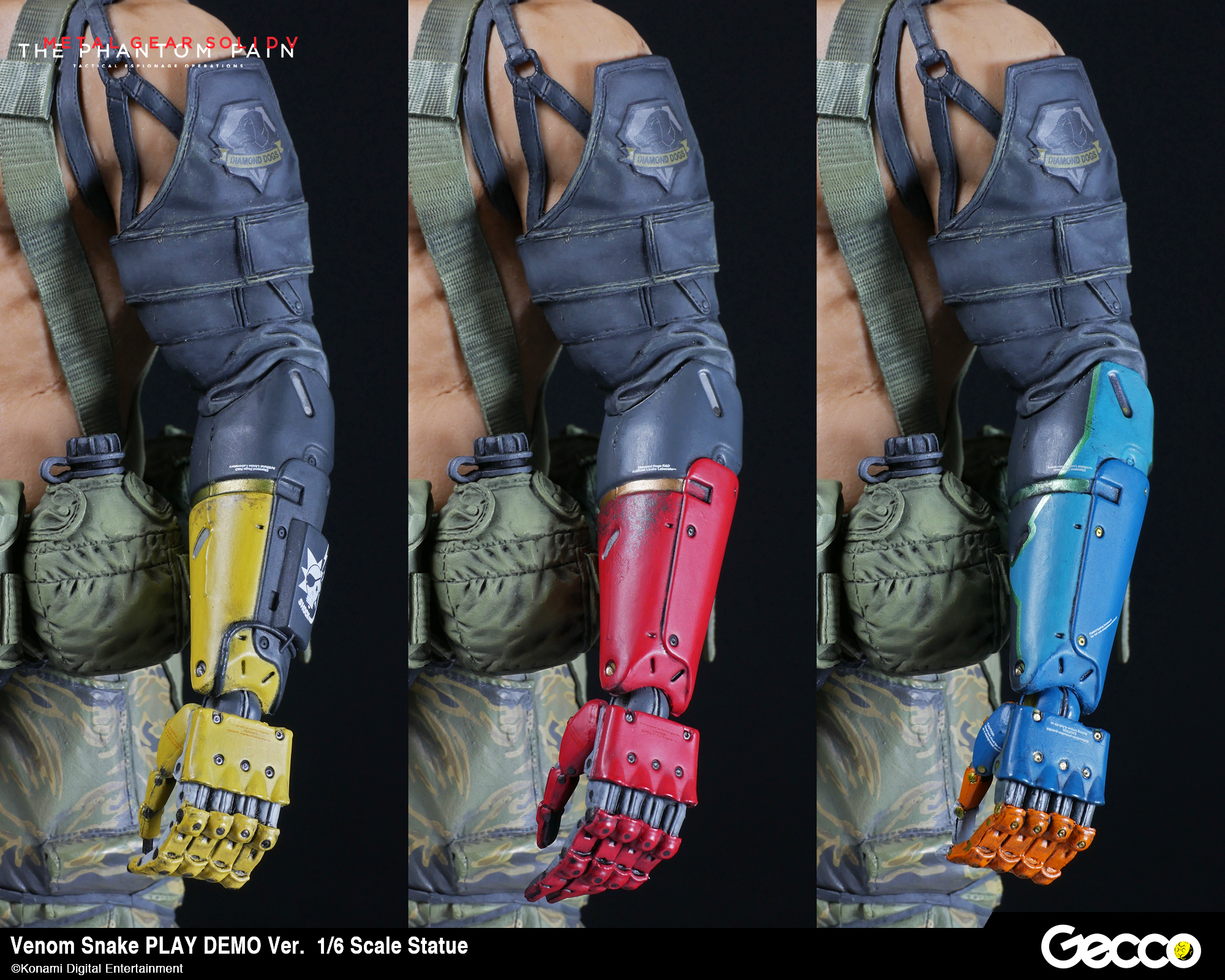