It takes a special person to be an Evil Dead fan. You definitely can’t have a weak stomach. And you’ll need to have a gross sense of humor. Luckily, I’m one of those people.

So, when Starz announced they would be producing the Ash vs. Evil Dead television series (featuring Bruce Campbell), I was super excited. Surprisingly, it’s been critically acclaimed and the crew of Ash, Kelly, and Pablo will be fighting Deadites into a third season in 2018.

If you watched all of Season 2 of Ash vs. Evil Dead, there’s one episode that likely sticks out to you. The 18th overall series episode, Ashy Slashy features a significant “death”. But it’s really the foul-mouthed puppet that makes this one memorable.

The Ashy Slashy Puppet features all of Ash Williams’s undesirable traits - crude and obnoxious. And there’s even a little violent streak (especially towards Kelly) in its stuffing. But whenever it’s on the screen, it steals the scene.

We’ll leave it to NECA to recreate and produce the Ashy Slashy puppet as a collectible replica. The company that’s known for releasing affordable pop culture replicas has dropped a workable version of the Deadite puppet.

The first thing I noticed after taking the Ashy Slashy puppet out of the packaging was that there’s a large cardboard cylinder stuffed up inside of it. It might look like it’s just there to puff up the plush. But don’t throw it away! It’s there so you can display the plush puppet up on a shelf.

The puppet is a stellar replica of the on-screen version. I wasn’t able to pick out any significant differences between the two. It’s shocking that this is only retailing for $59.99.

The plush puppet is designed to look like the series’ main character – Ash. It’s sporting a denim shirt with brown pants. There are a lot of buttons, including a pair for eyes. And the little guy even has Ash’s chainsaw right hand and a few streaks of grey hairs.

Ashy Slashy features a pair of wire armatures inside of the puppet’s arms. This allows you to pose the arms and gives them added stability when working the puppet. Also, if you’re wanting to actually use the puppet, the inside of the mouth includes a pair of cutouts that you slip your fingers into. The lone complaint I have is that there’s no hem on the bottom of the pants, so it will start fraying with any extended “playing with”.

Considering I had my 6-year-old son running around the house with a crazed puppet on his hand, yelling “Ashy Slashy!”, I’d have to say it’s fairly easy to use. And while it would make a great addition to something like a children’s puppet theater, I’d probably limit it to a displayable collectible.

And what a collectible it is. I’d definitely recommend the Ashy Slashy puppet for those folks who are fans of any of the Evil Dead titles. It’s not really limited to viewers of the Ash vs Evil Dead series (even though that’s the lone place where the puppet appeared). Just imagine the joy in your children’s eyes as a puppet-sized version of Ash Williams reads them classic bedtime tales from the Necronomicon. 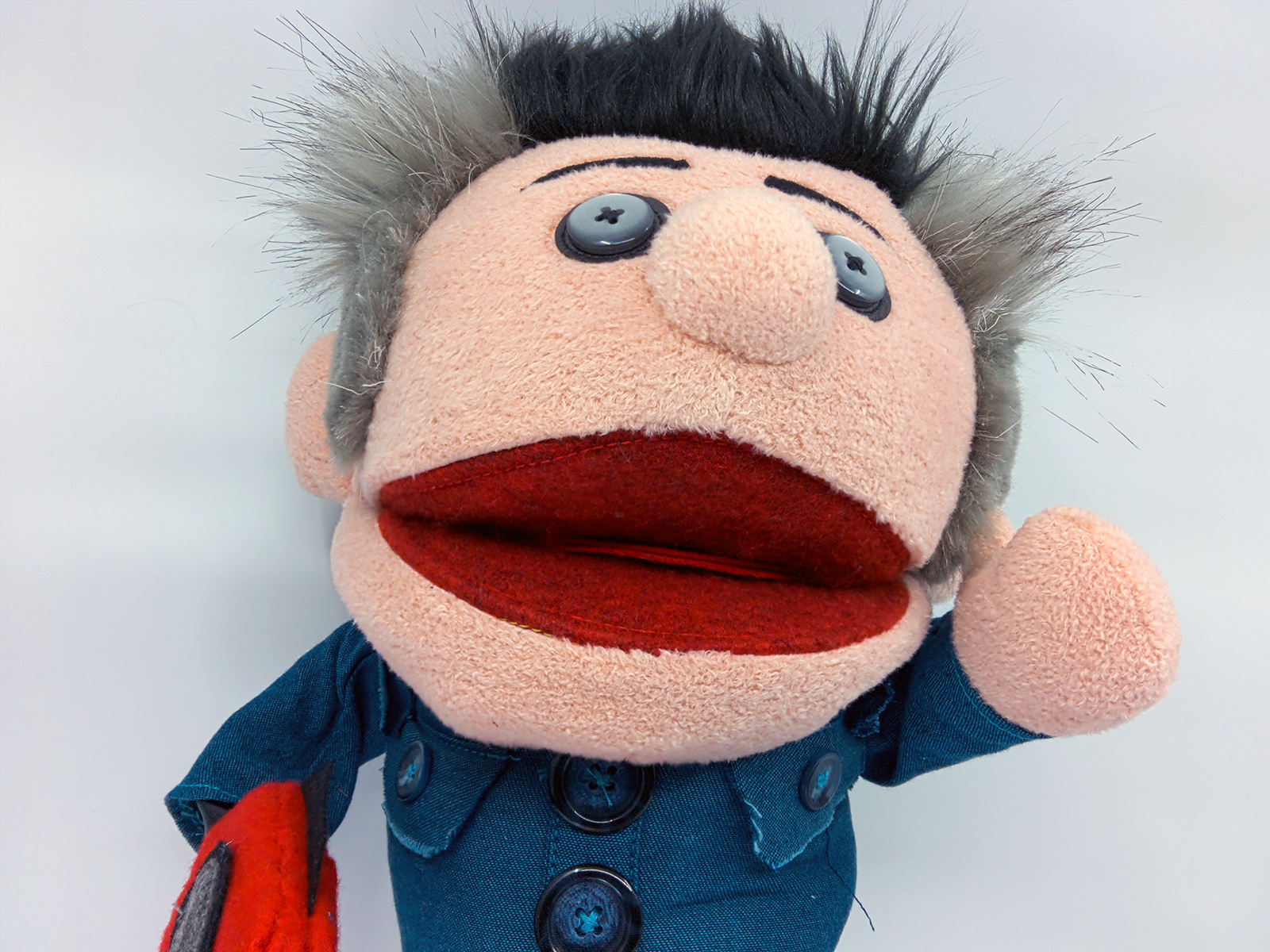 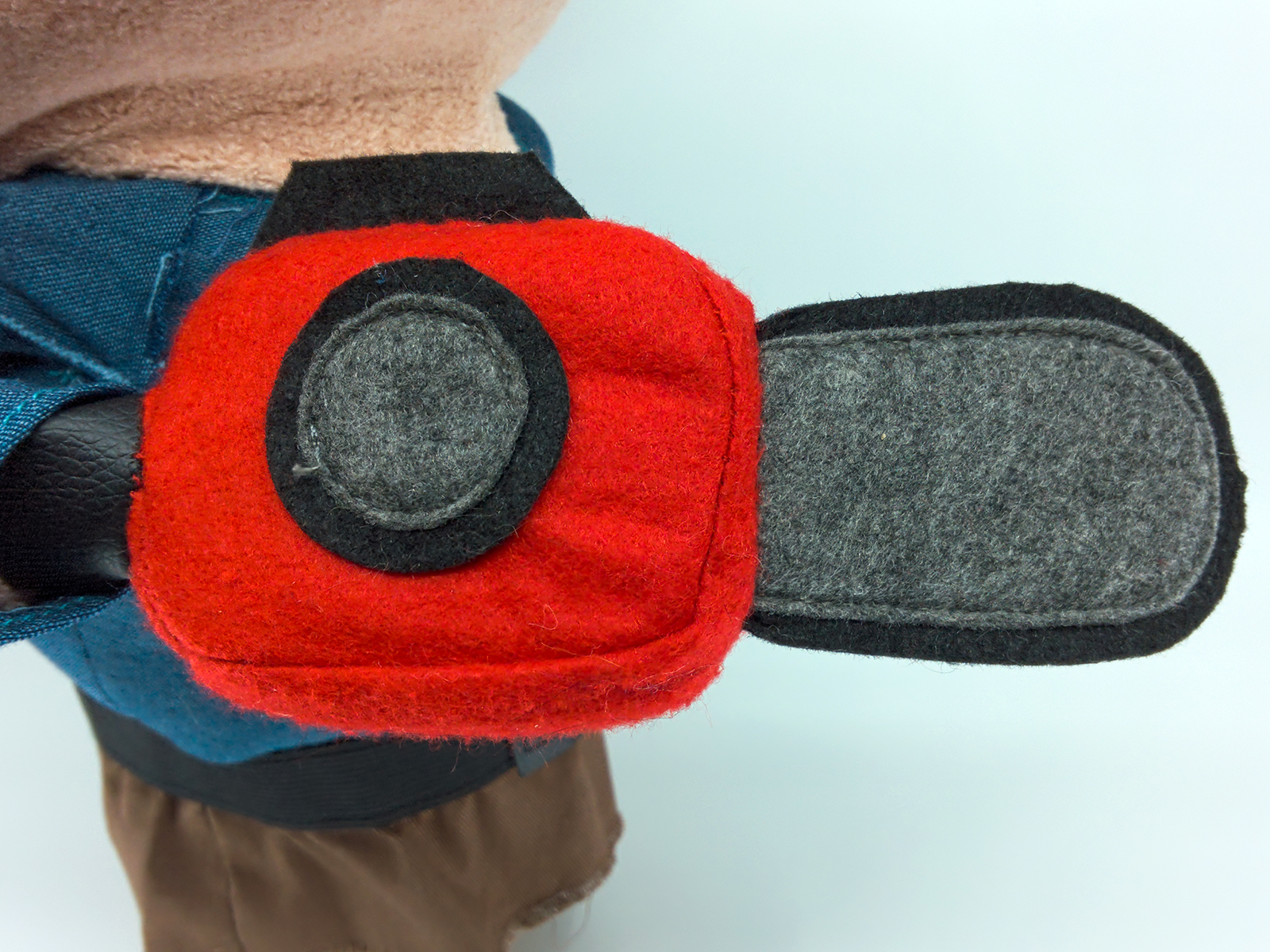 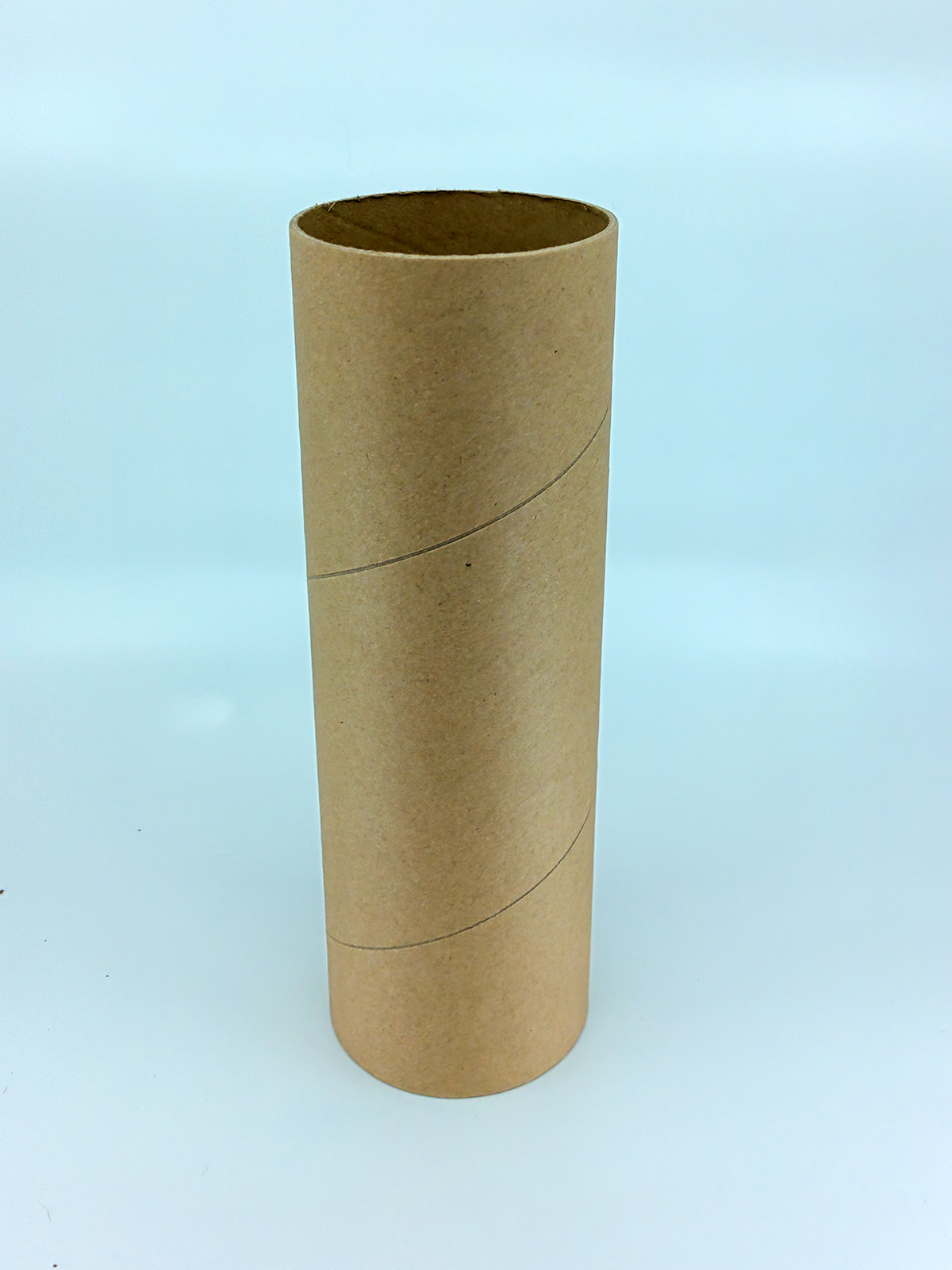