NHL free agency season just started today. So that means a lot of movement, a lot of excitement, and new faces on new teams. For a company like OYO Sports, I’m guessing it means a lot of work as well. They produce their OYO minifigures based on the teams that players are currently on. So when big-name players change jerseys, they’ll be following with updated OYO figures.

For this review, OYO provided us with both the Carolina Hurricanes Gametime Rink as well as a Cam Ward home version minifigure.

The Gametime Rink comes in all different team themes. We just happened to get the Hurricanes (if you follow @plasticandplush on Twitter, you likely know I tweet a lot about Carolina hockey). The Rink is made up of 681 pieces. It’s very similar to putting together a LEGO set. The directions are very easy to follow. And you end up with a 22.5-inch long by 15-inch wide hockey rink.

Also included with the rink is a pair of generic team players. These guys – a skater and a goalie – don’t have a name or a number on the back of their jersey…but they’re good for filling in ice space. And there’s an offer for a free mail-in minifigure referee.

The Cam Ward minifigure, which is available to purchase separately, includes his goalie pads with built-in skates, blocker, helmet with cage, glove, stick, puck, and water bottle. He’s very similar to other OYO figures that we’ve featured in the past.

Putting together the rink takes some time. It’s almost a 700-piece build. And after I put the entire thing together, I realized my 5-year-old son wanted to treat it like it was an actual hockey rink. That meant I had to turn into Will Ferrell from The LEGO Movie and glue the entire thing together. I just couldn’t take being asked multiple times per day to rebuild the OYO rink, so I busted out some super glue and haven’t been bothered since.

Also, I super-glued the figures arms and sticks. Unlike other OYO figures, the hockey players have to hold a stick at a weird angle. While it’s simple to pose and set it on a shelf, a child wanting to play with a hockey minifigure is going to constantly pop off arms (either at the elbows or wrists) or sticks.

Once everything was properly glued and set, my son had a fun time with the Gametime Rink. It has penalty boxes, benches and an area for the official scorekeeper. The end of the boards opens up so you can drive on your OYO Zamboni (sold separately). And it has a 2-in-1 playing surface, so you can choose to either cover the area with a clear, flat ice-like surface…or just go with the brick surface.

The big question is price. Individual minifigures (players and mascots) usually run $9.99 each. I feel that's reasonable (and it's actually come down significantly over the past few years). The Gametime Rink is priced similarly for every team at $159.99. I feel that the rink is on the high side. That’s comparing it to similarly sized (as far as bricks) LEGO builds. Of course, the NHL license might be the cause. I just feel if it was priced at $99.99, this would feel like less of an “investment” and more of a "toy".

You can pick them up at the following: 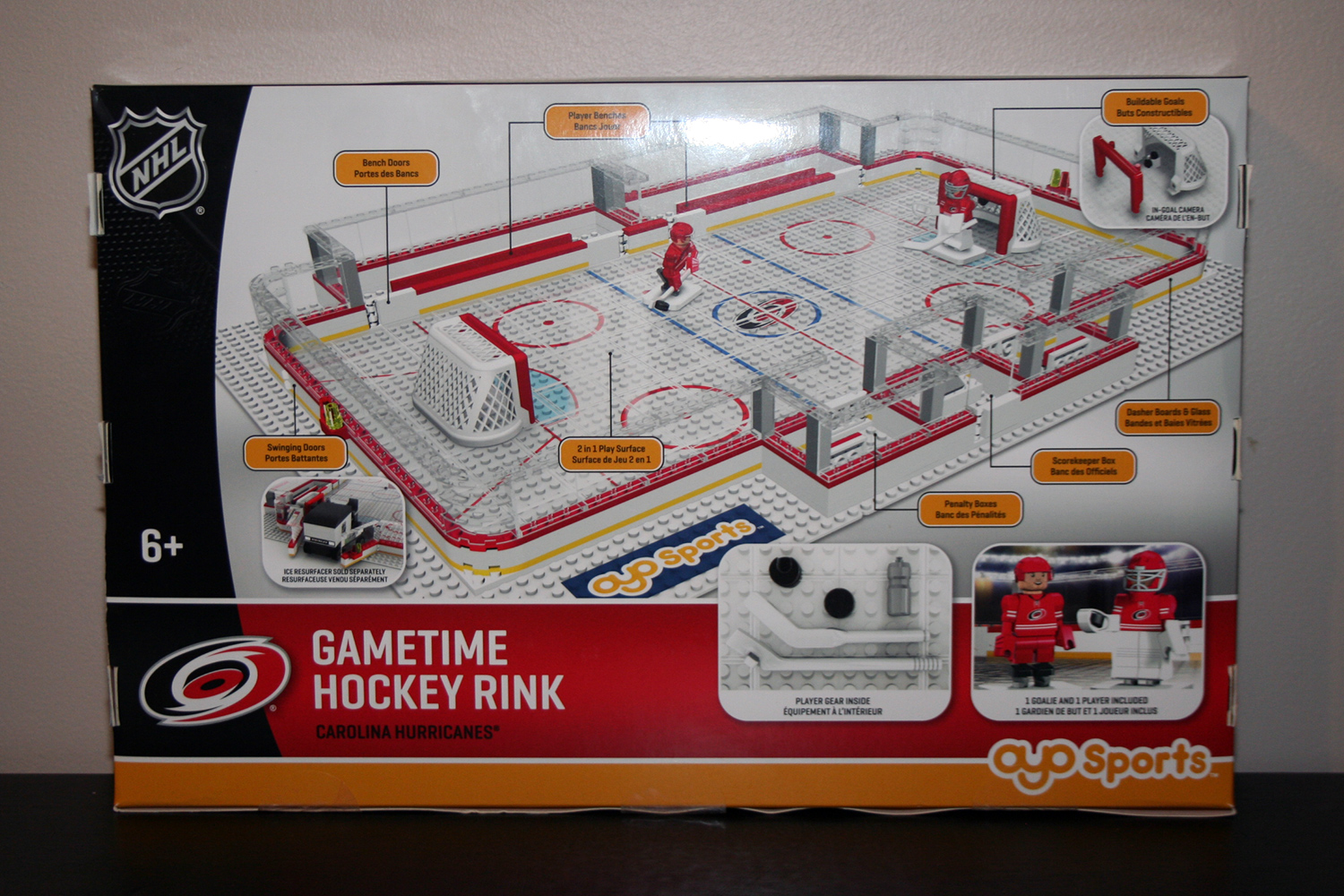 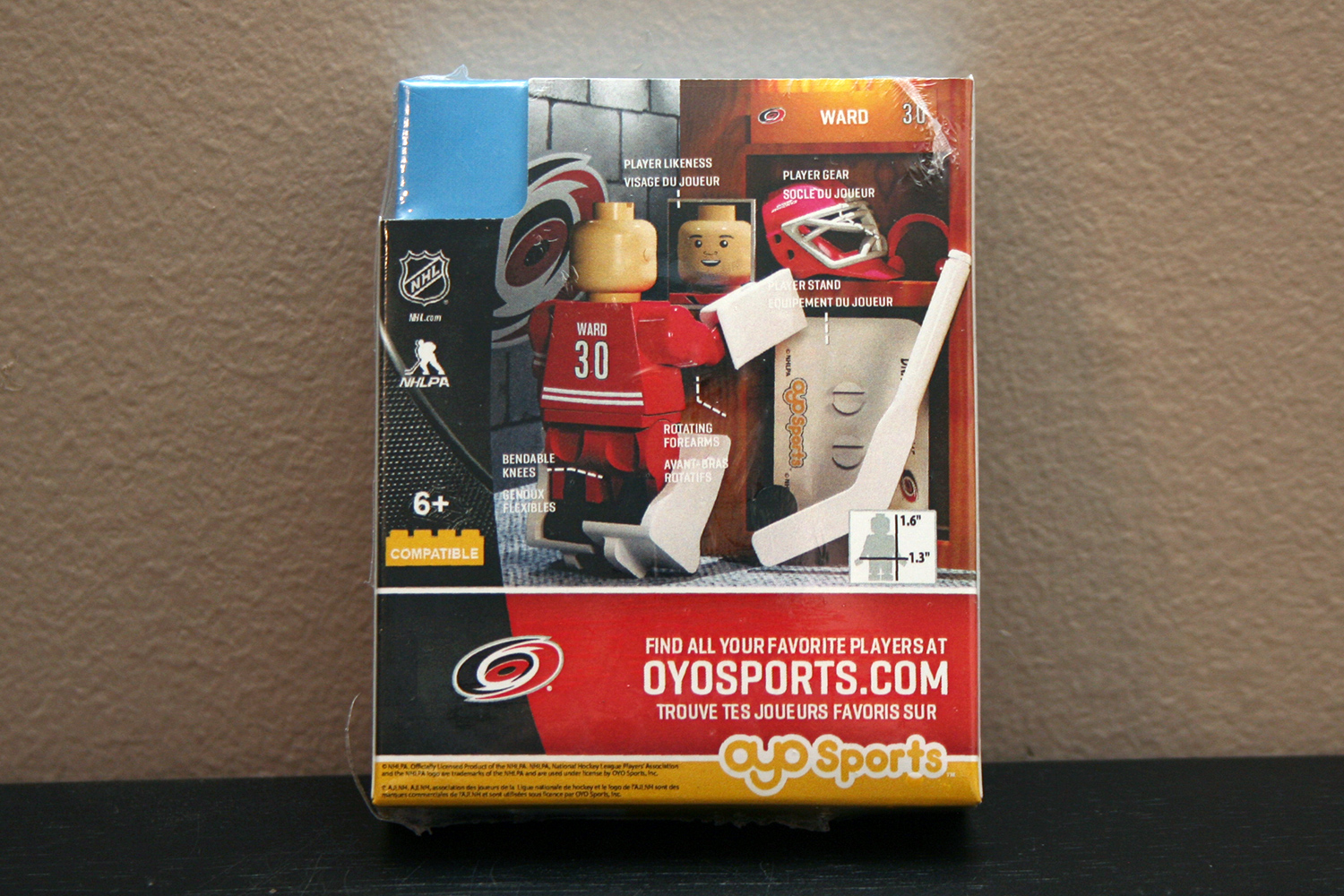 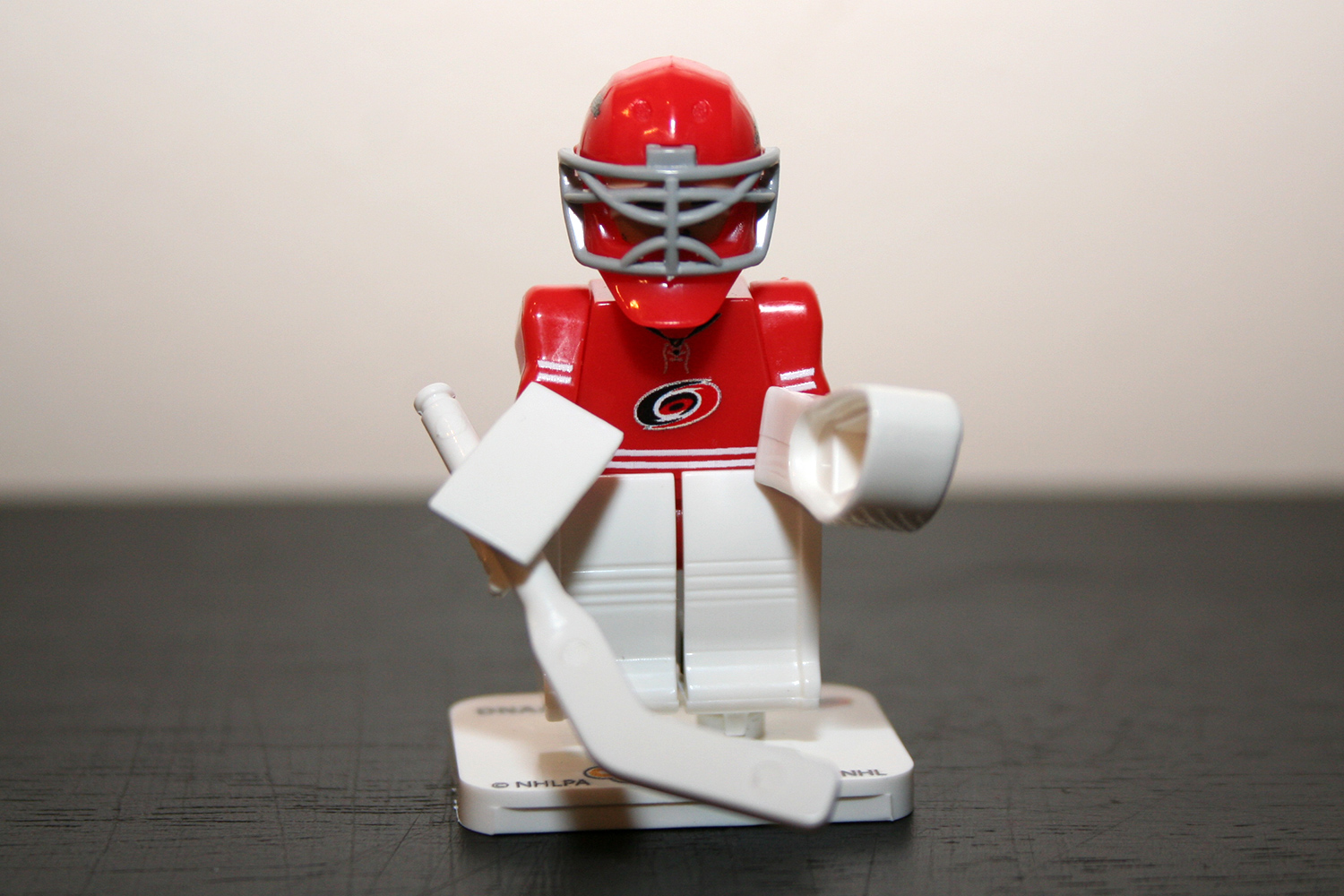 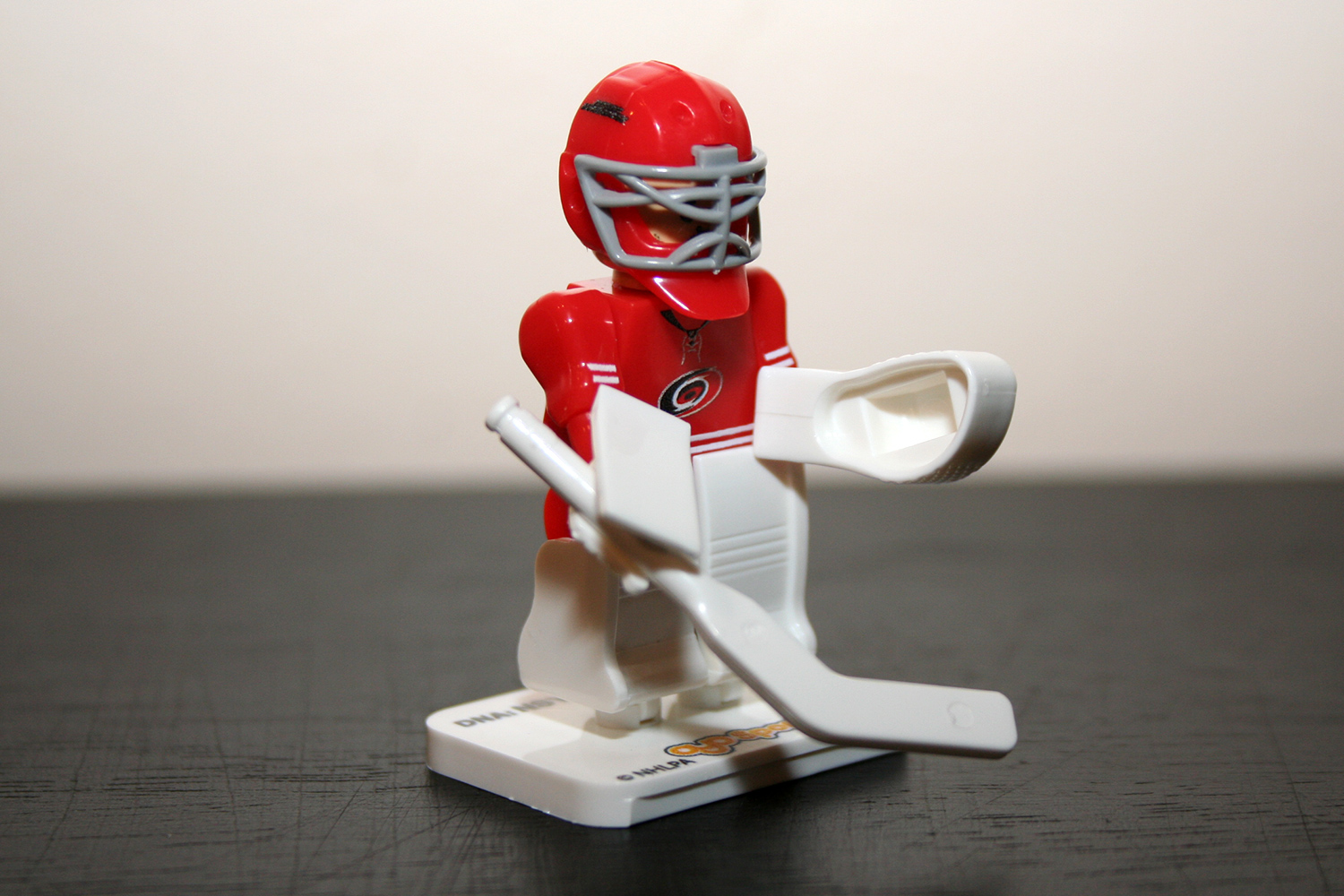 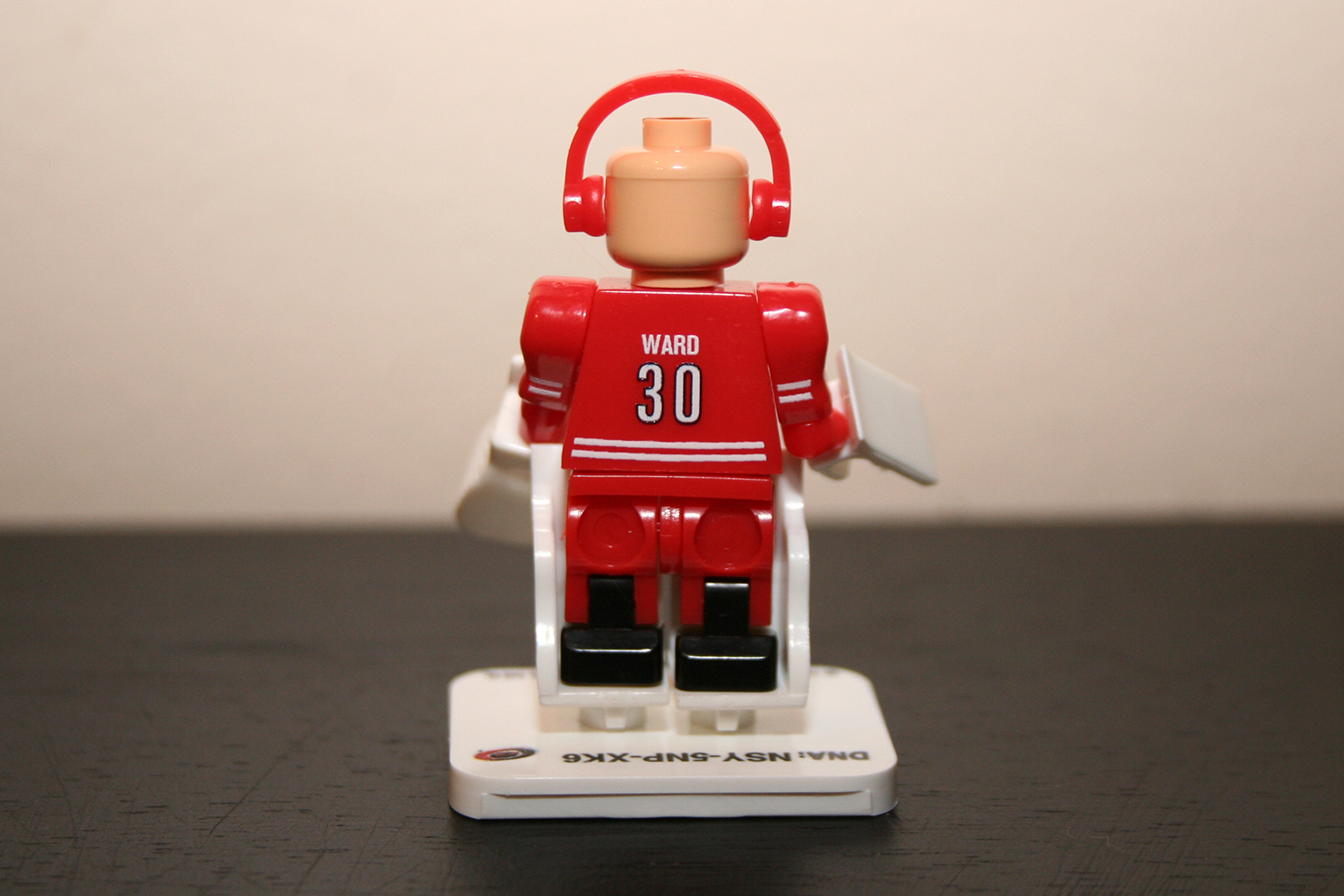 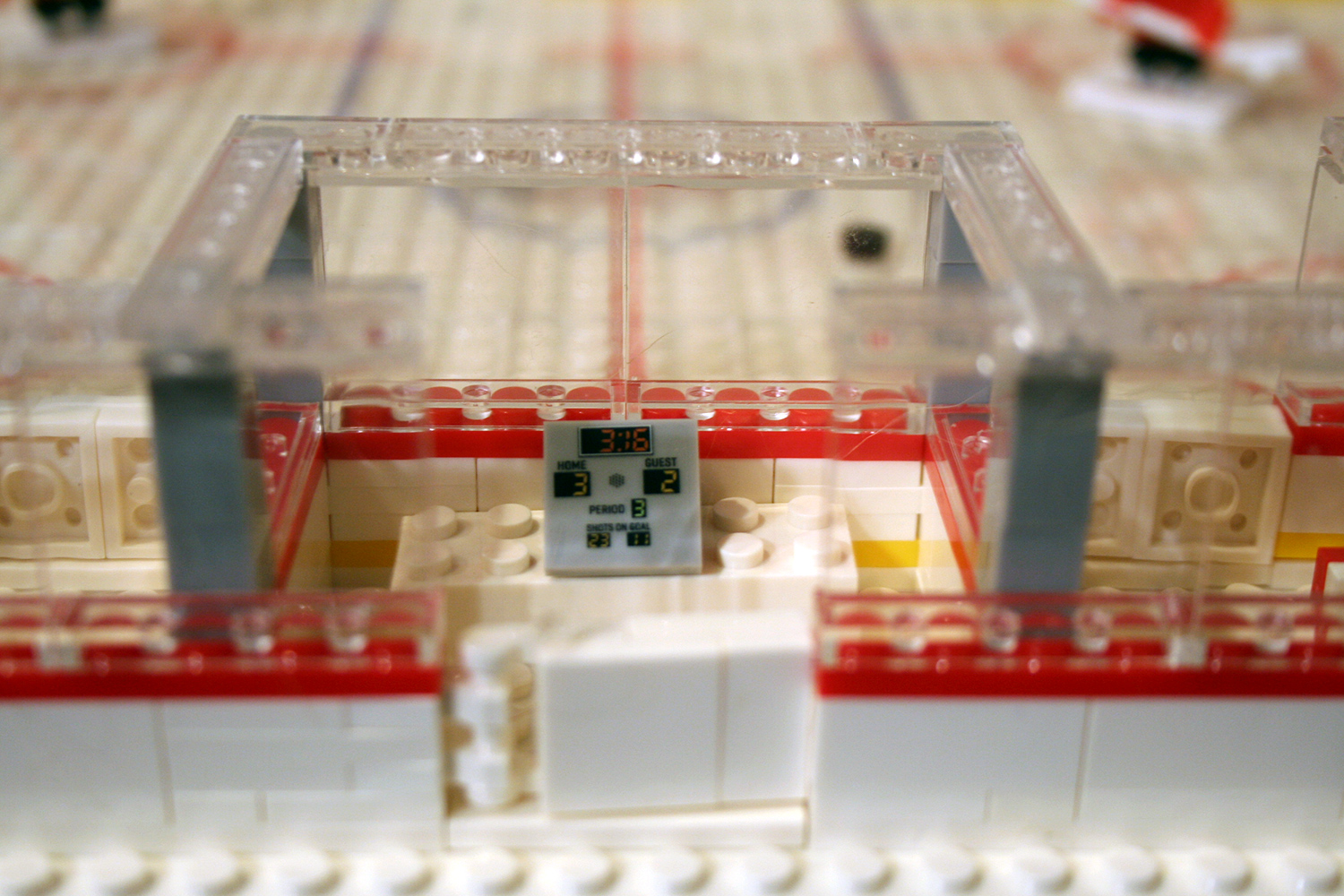 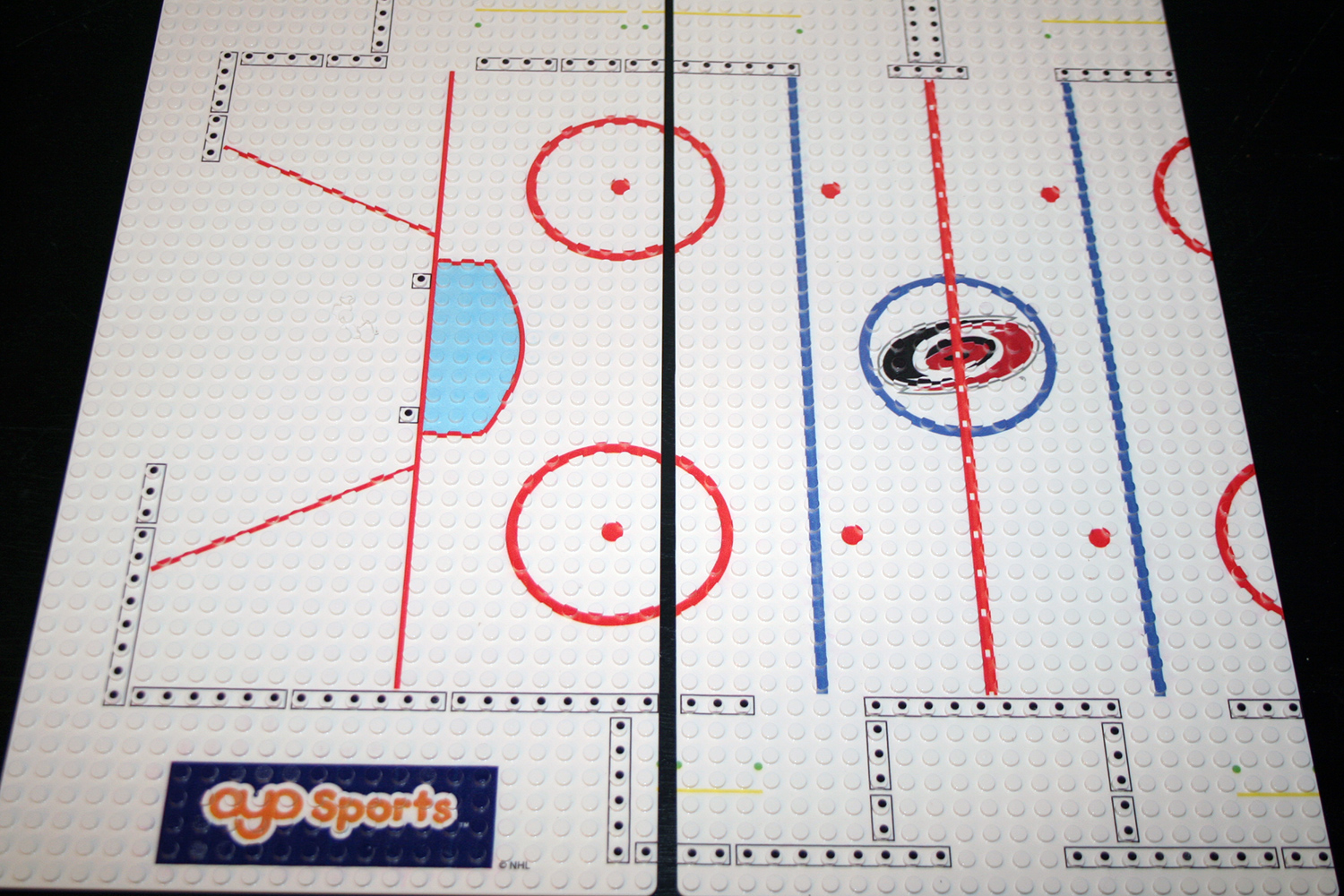 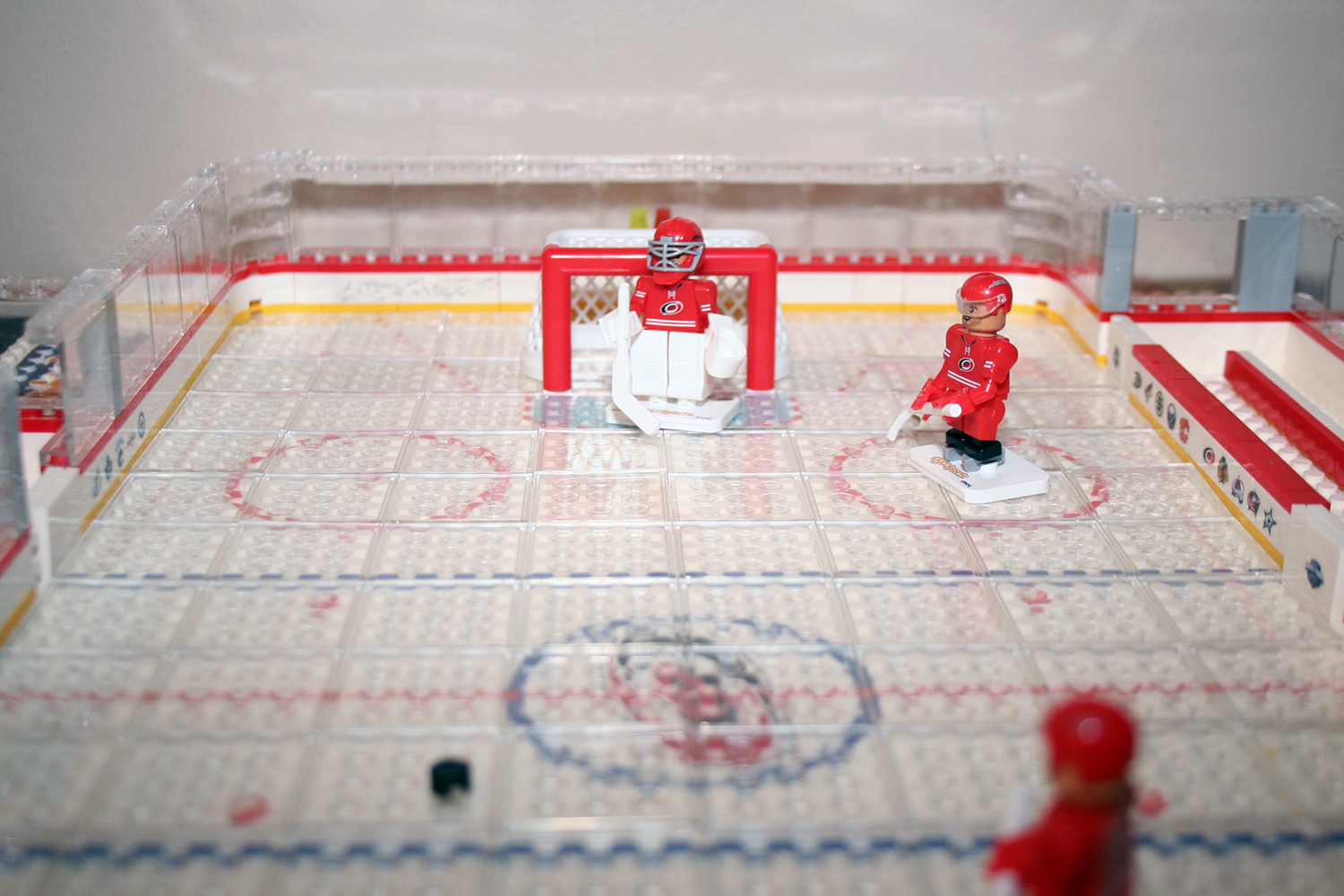 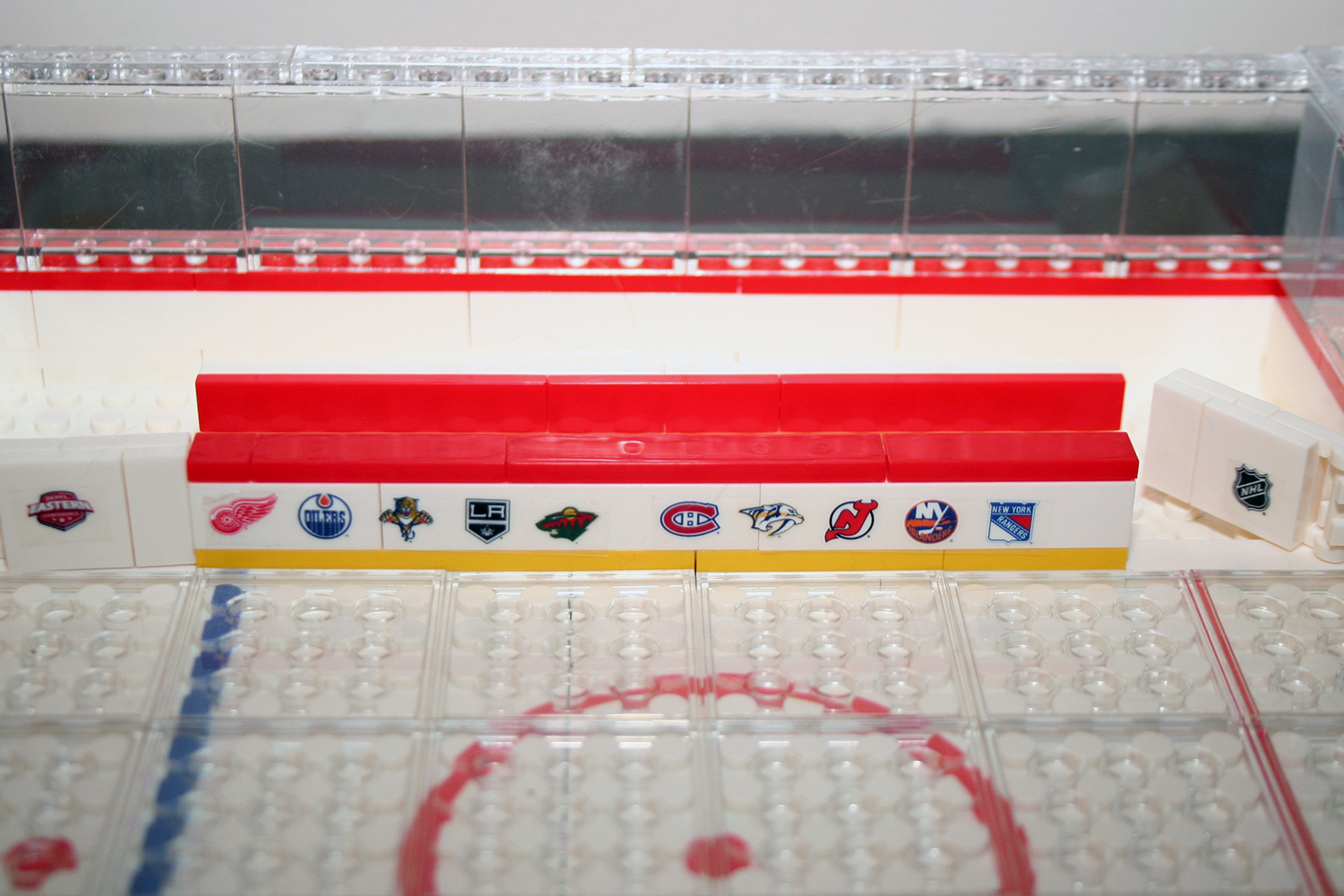 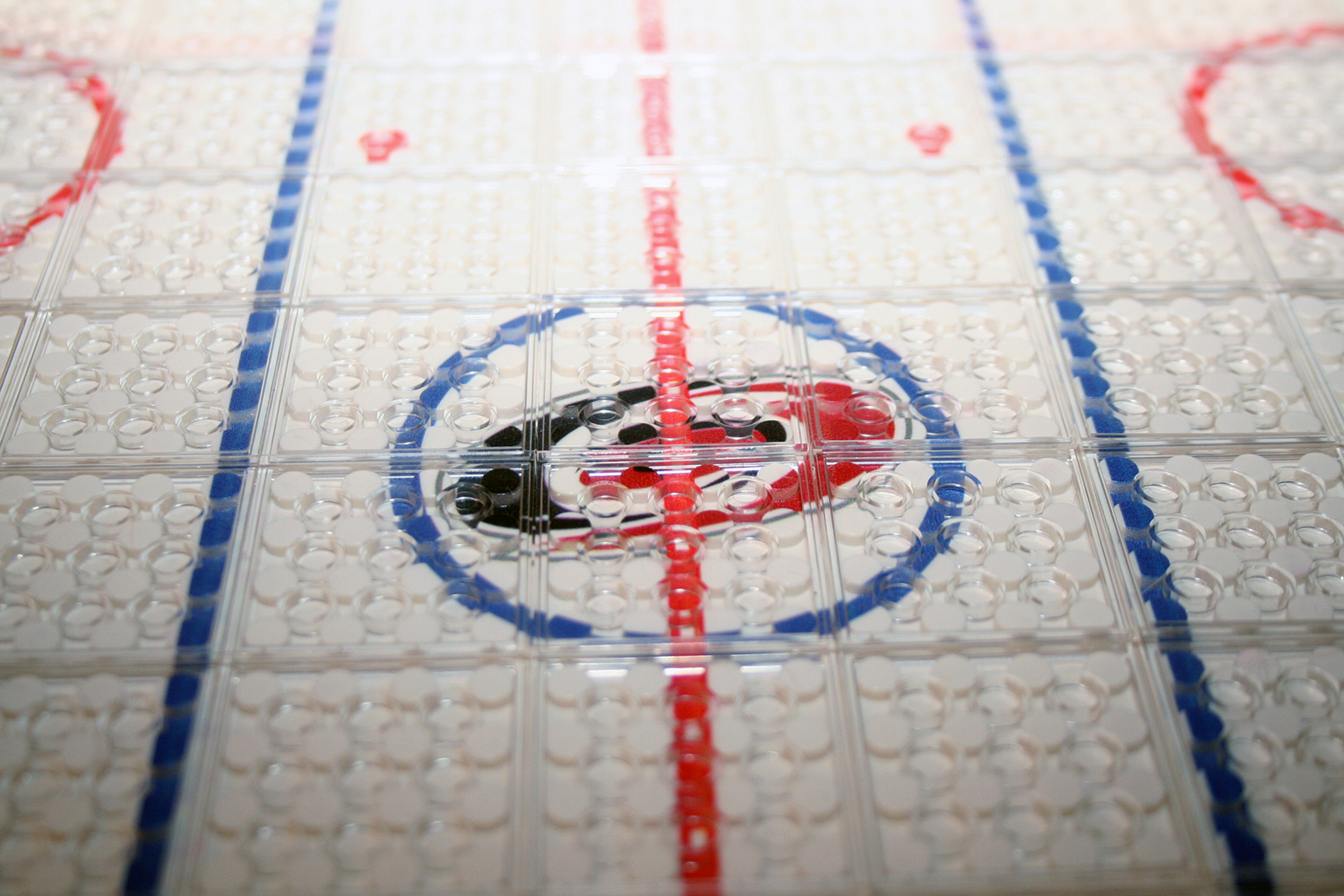