Mezco has announced another of their Summer Exclusive figures. The ONE:12 Collective X-Men Deadpool Summer Exclusive figure is presented here in his blue and yellow X-Men outfit. Deadpool tried on X-Men attire as a bet with Wolverine and Beast in the Cable and Deadpool comic series. Deadpool, decked out in his blue and yellow X-Men attire, joins the One:12 Collective with a comprehensively detailed outfit and portrait sculptures. The figure runs $80.00 and can currently be pre-ordered from Mezco (shipping between July and September of 2017). 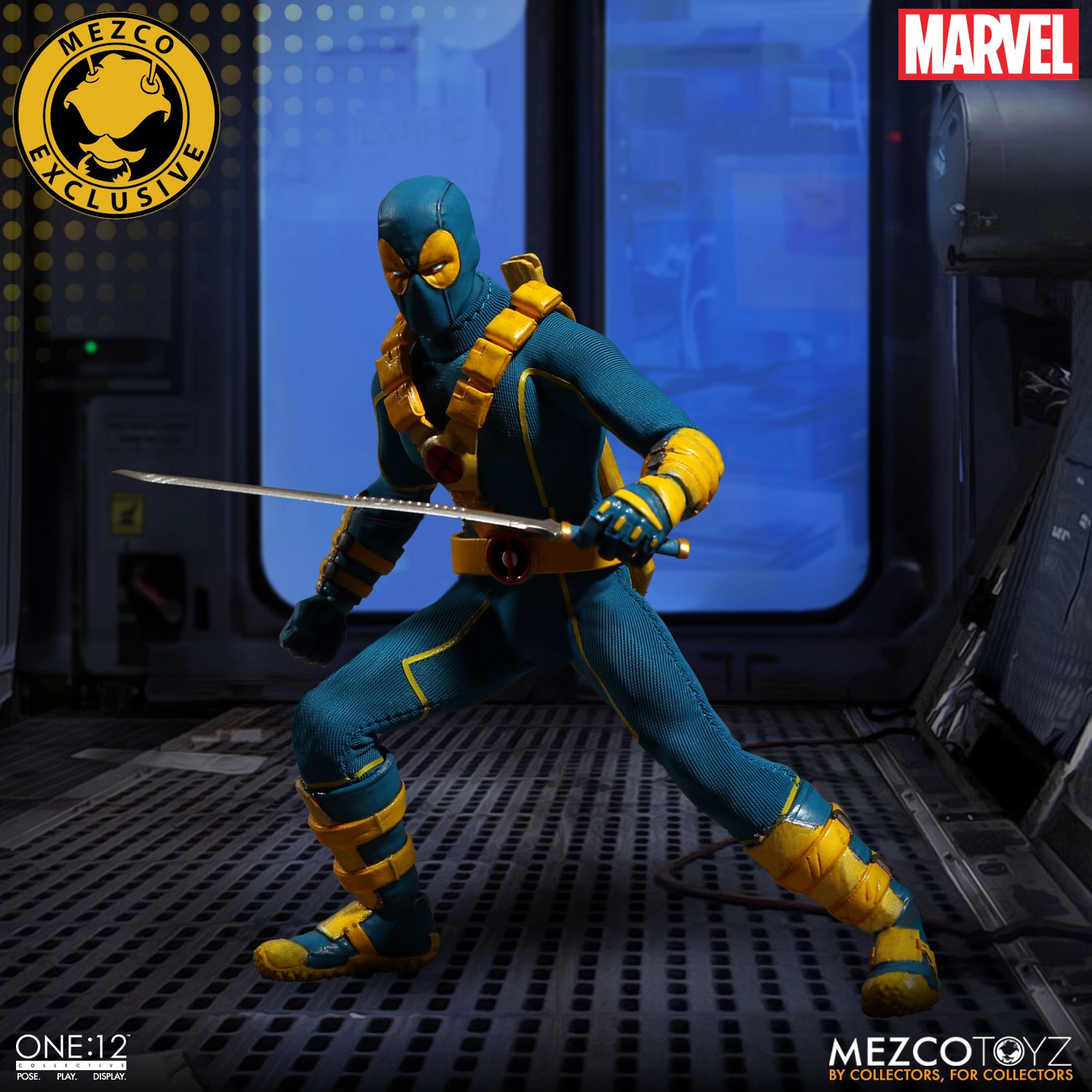 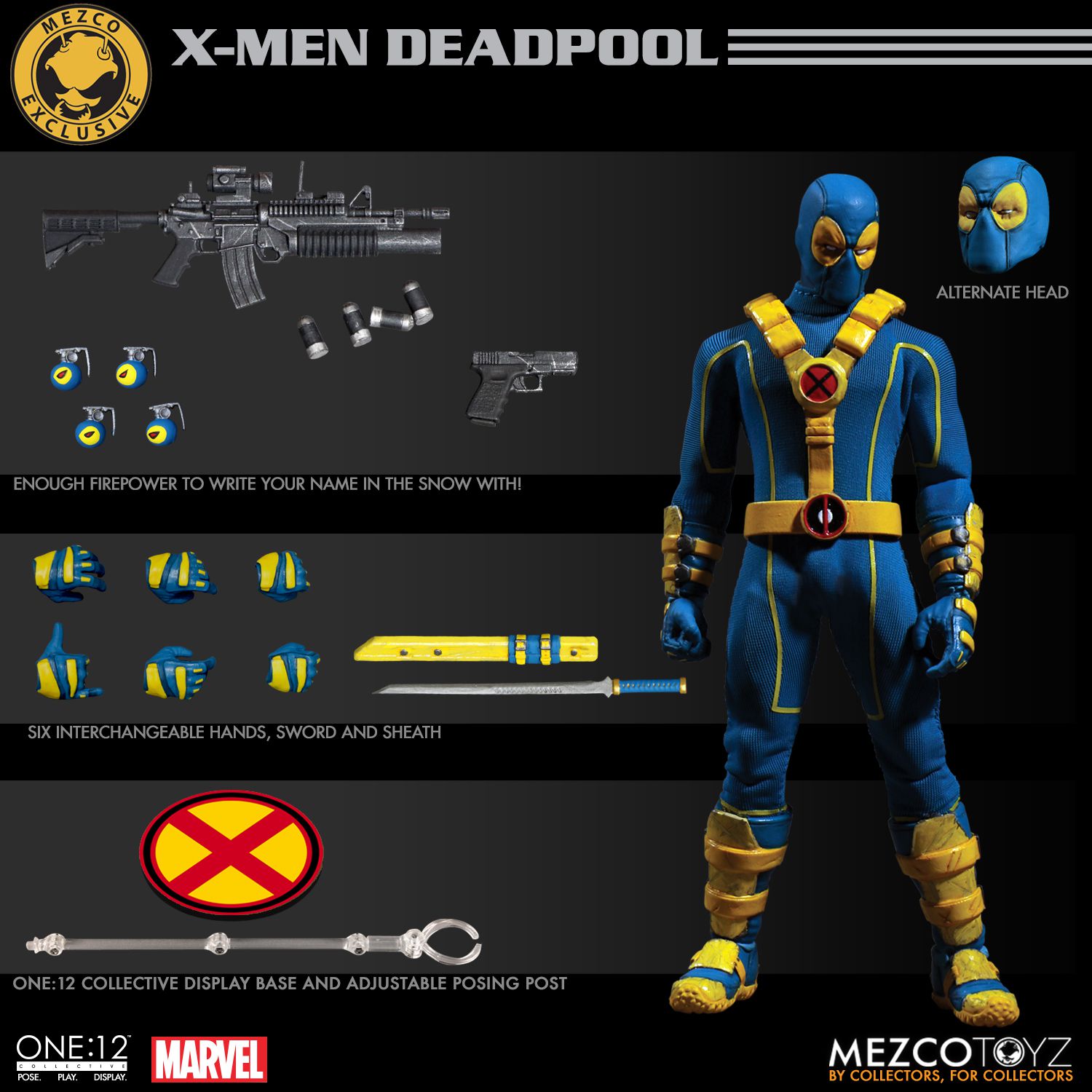 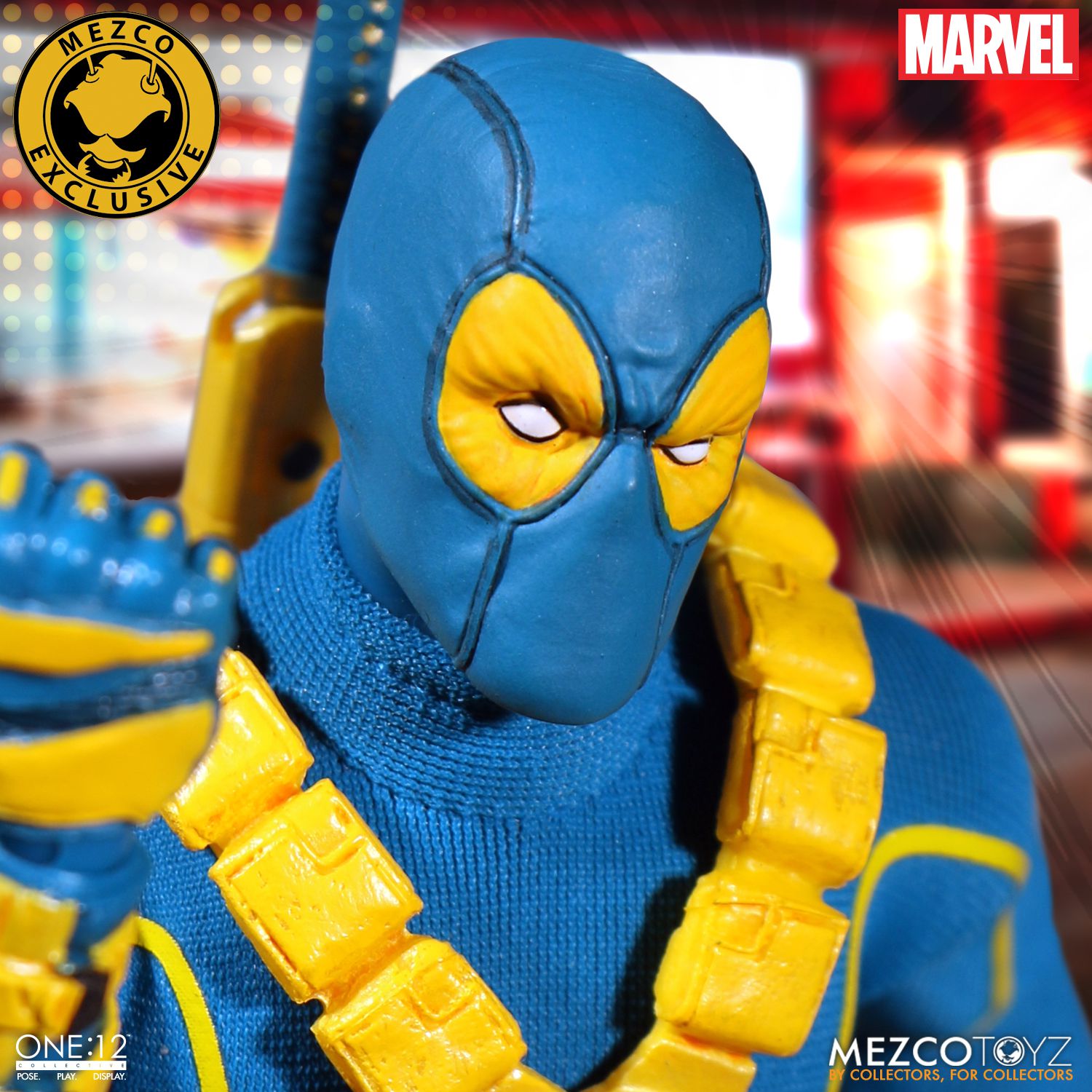