Gremlins 2: The New Batch is often downplayed as one of the many inferior sequels that were spawned during the 1980’s. First off, Gremlins 2 was released in 1990. And, secondly, Gremlins 2 was a fun take on the slightly scarier original Gremlins film. The New Batch, thanks to the genetics laboratory, opened up a whole new world of wacky Gremlins.

One of those creatures was the Spider Gremlin, which, many folks don’t remember, started out as Mohawk Gremlin. NECA has released a version of Mohawk before drinking that spider serum, and – obviously – before his ultimate showdown with Gizmo.

The ultra-realistic Mohawk Gremlin measures in around 7.5 inches in height. He comes with a single accessory – an Uzi submachine gun – that his hands are sculpted to hold. His namesake red mohawk flows down his head and back.

The sculpting on this figure is excellent. There are so many little details that aren’t visible until you really start combing the little Gremlin with a fine-tooth comb. Add on the paint, which is also excellent, and you have a totally excellent quality figure. (By the way, I like that NECA went with a glossy looking paint, which gives Mohawk a slimy look).

As far as articulation, the figure is fully articulated with 15 points. That includes an articulated jaw, which is useful for freaking out your children. I have noticed that Mohawk’s dental structure is very close to that of my cat. And they sort of sound alike. Maybe they’re related?

NECA is well-known for their Gremlins line. It’s been going strong for many years now. And why not? The films and characters are classics. And thanks to The New Batch, they have a whole group of unique Mogwai and Gremlins (yes, they also produce Mogwai figures) to work with. 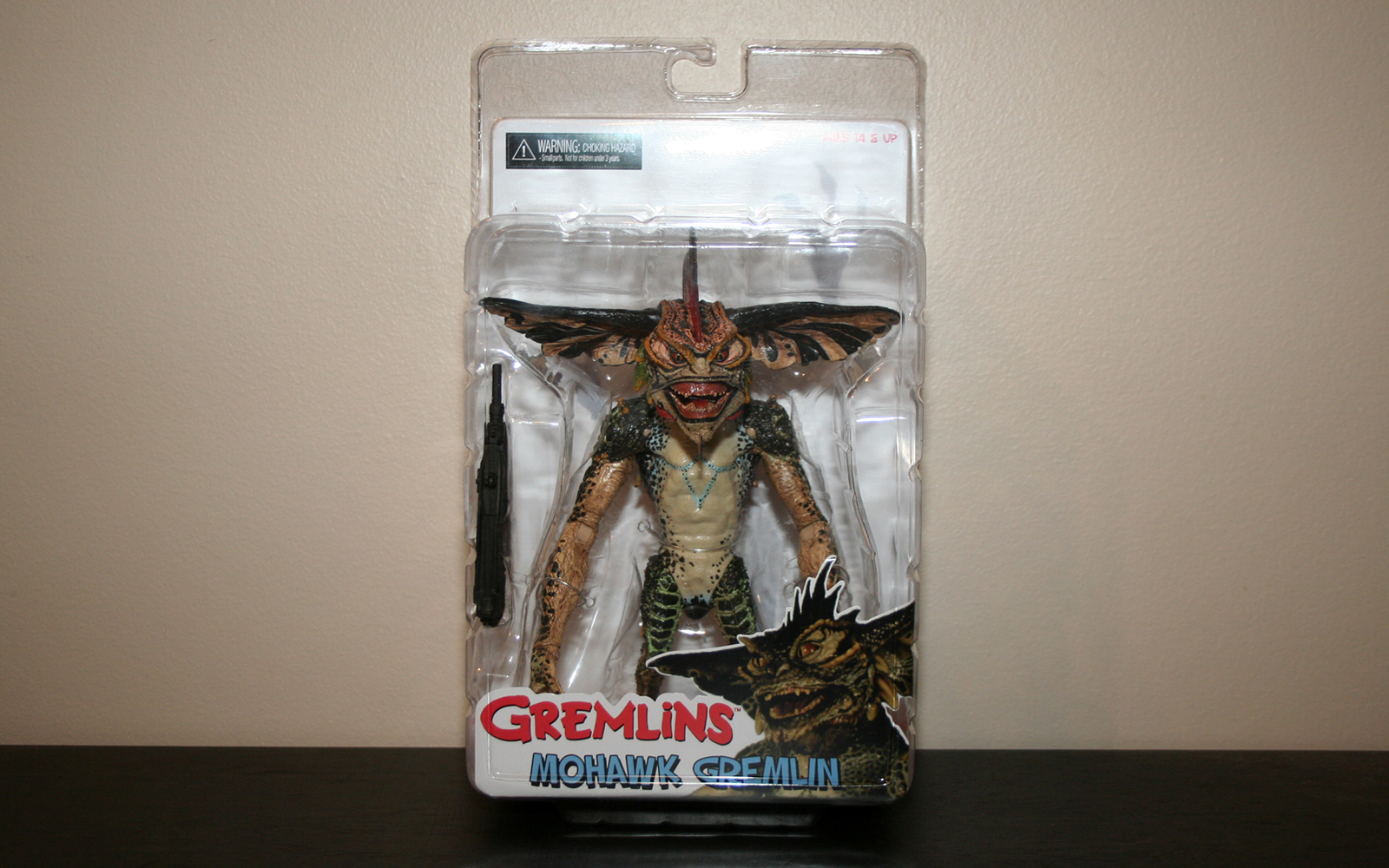 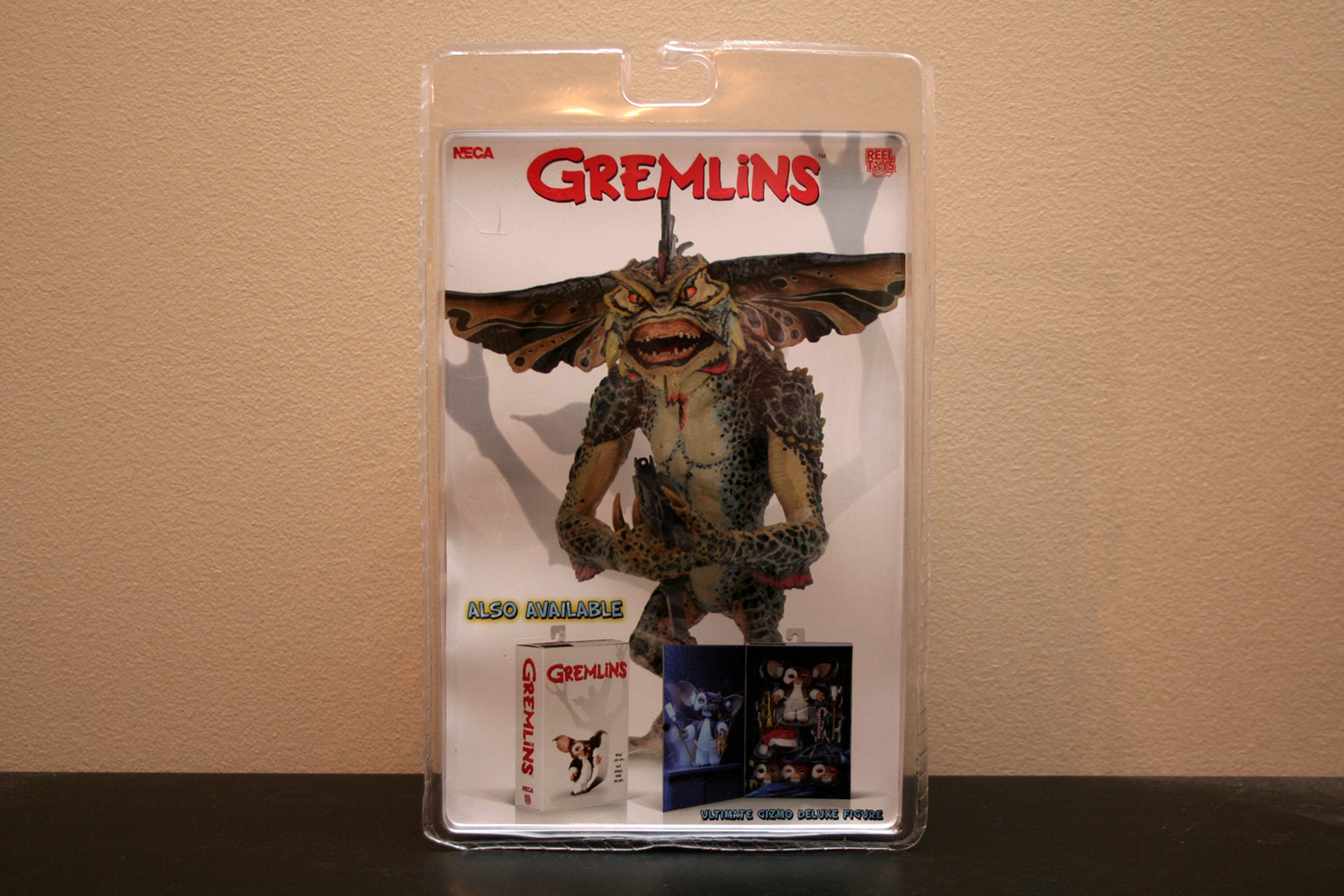 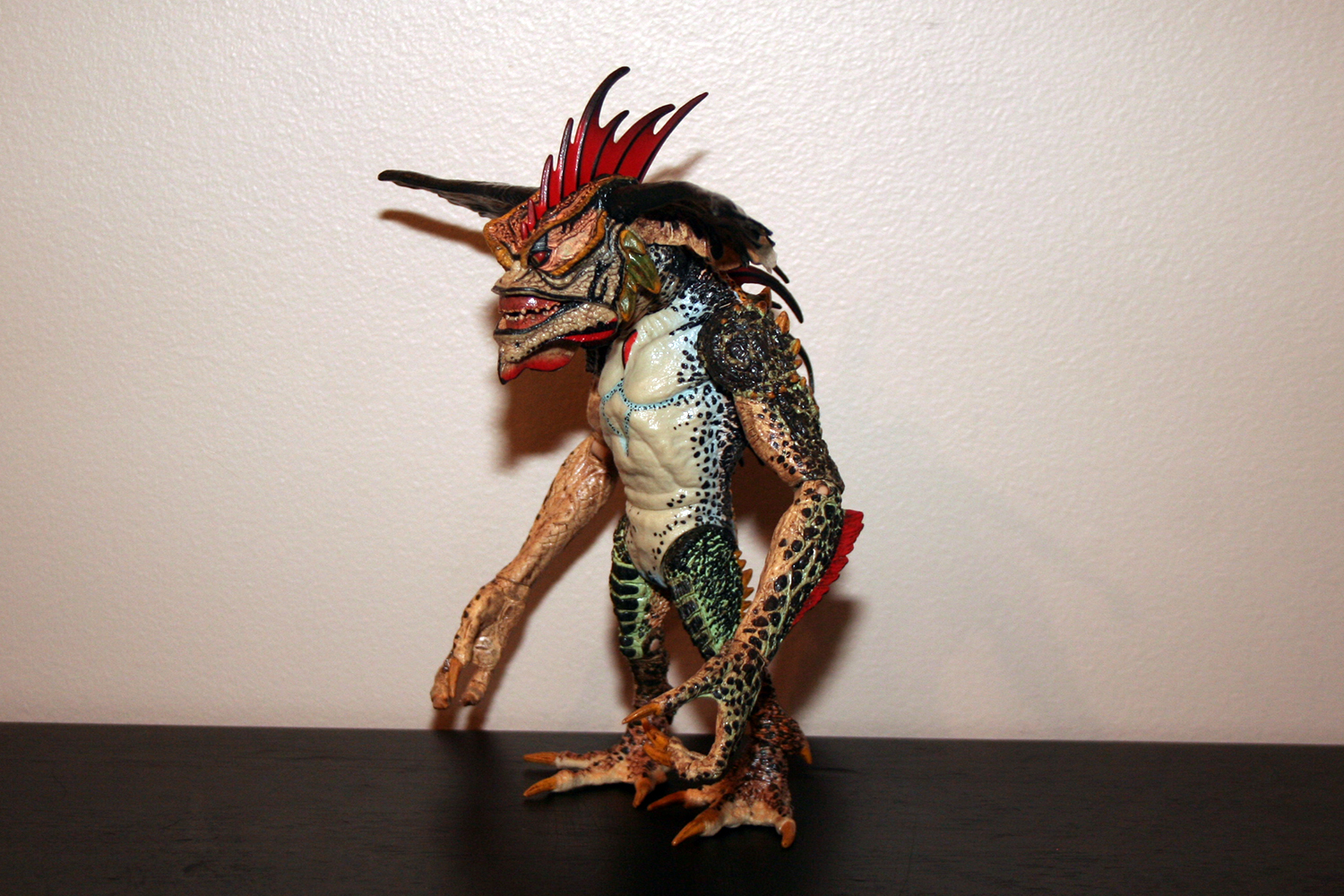 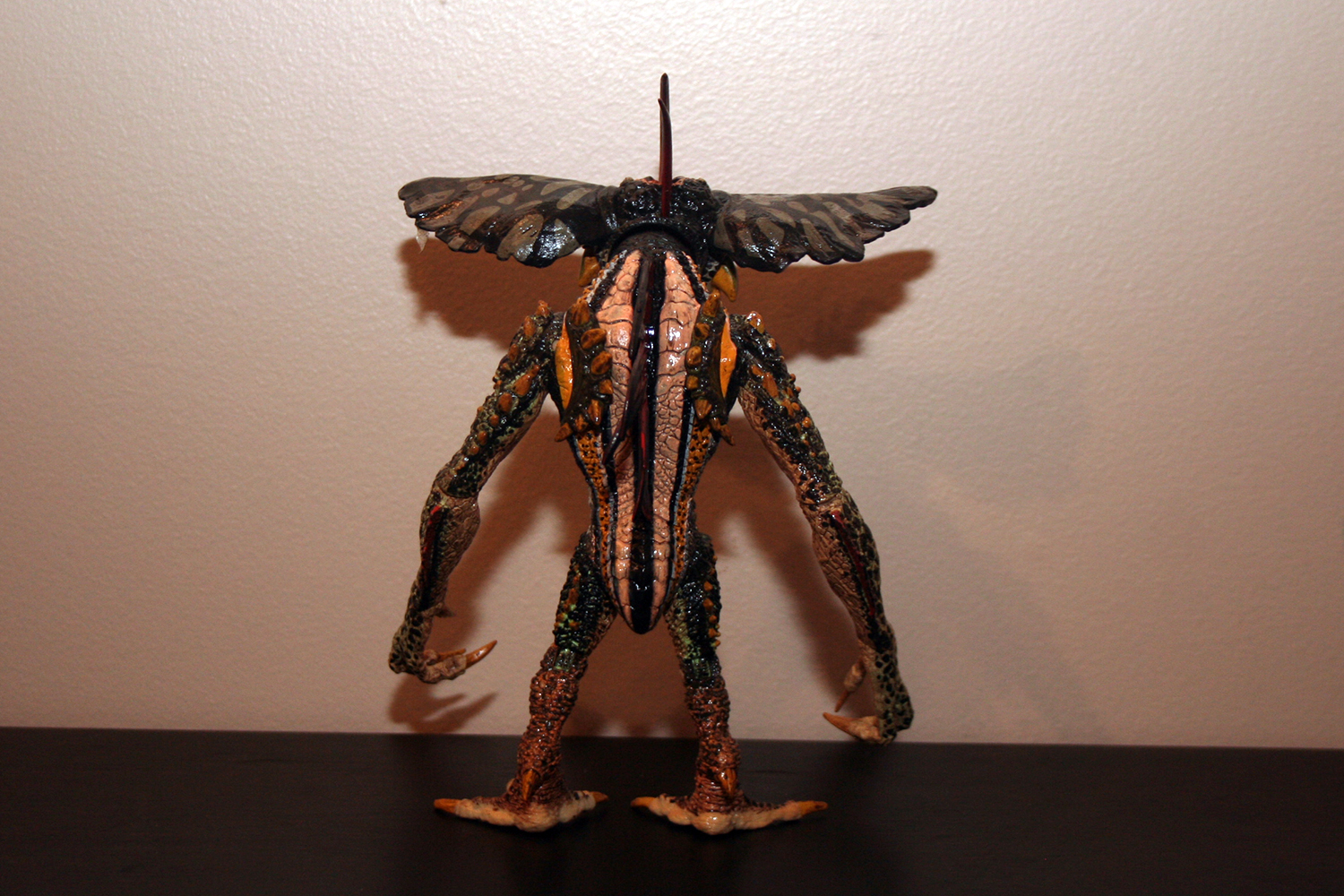 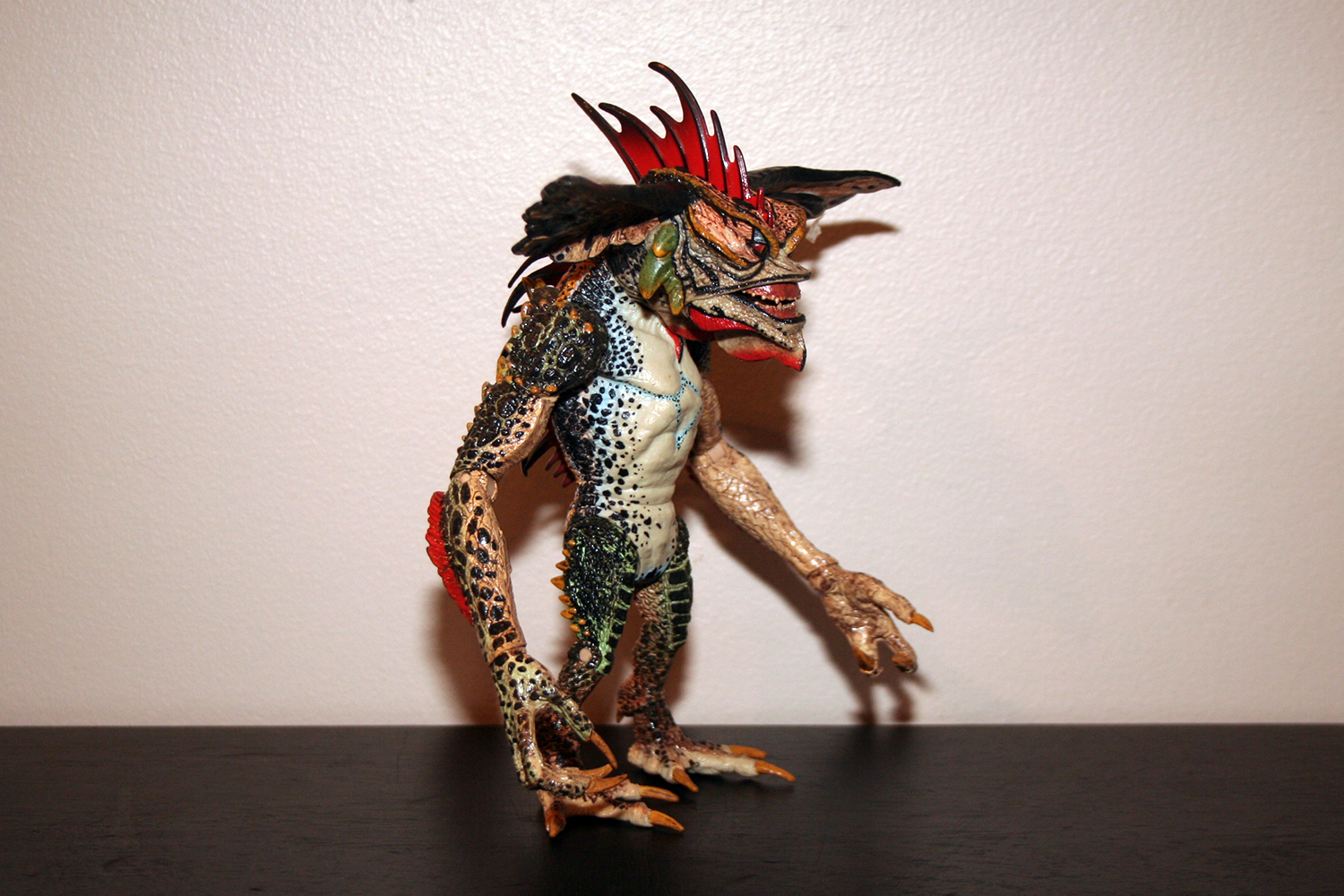 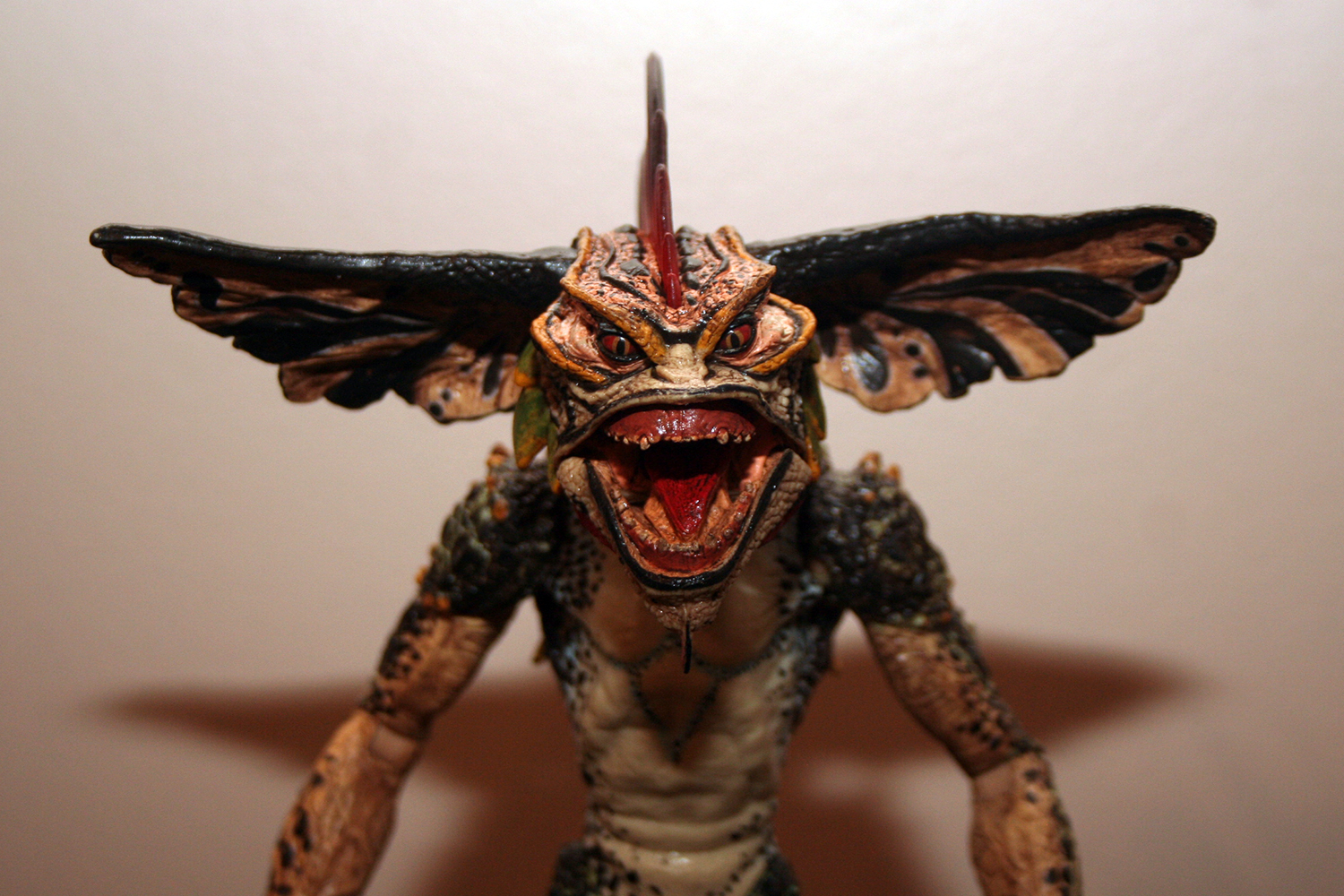 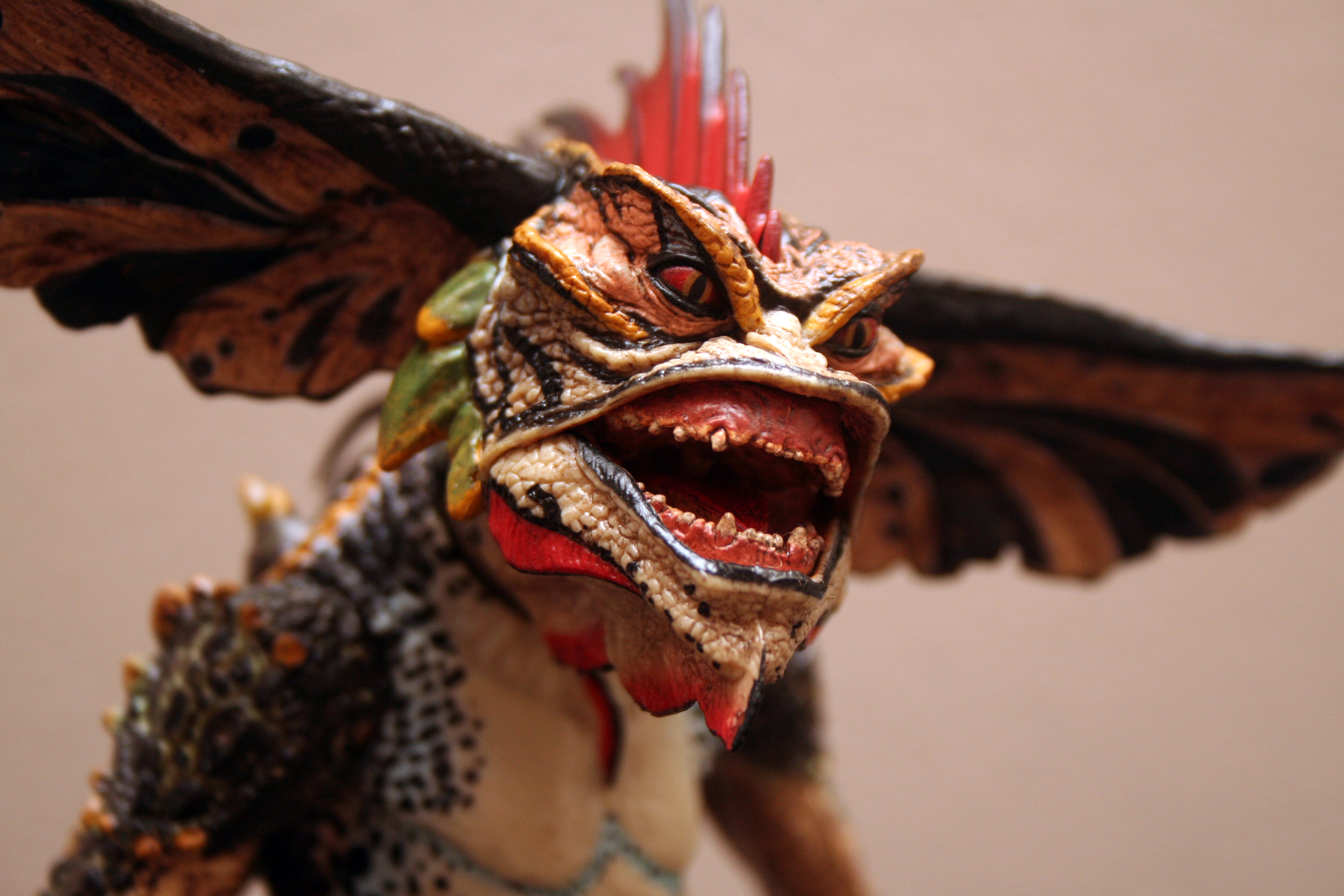